Posted on November 29, 2010 by Sabena Blackbird

After a hectic week at work I finally managed to escape to Martin Mere WWT this weekend. Icy conditions underfoot with some nice crystallised effects on the frozen leaves. 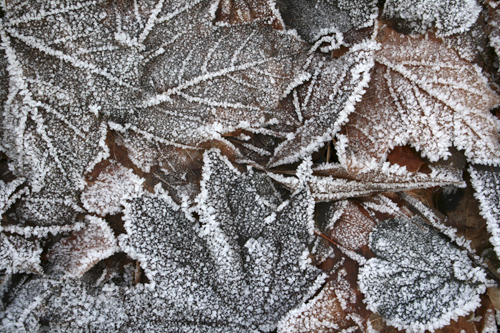 I had a quick wander around the captive bird pens. Most of the smaller ponds were partially frozen. The ducks were mooching about on the ice waiting for visitors to throw some grain out to them. It was amusing to watch as they slid and waddled trying to scoop up the tiny grains. A female Mallard braved the icy water for a splash bath. 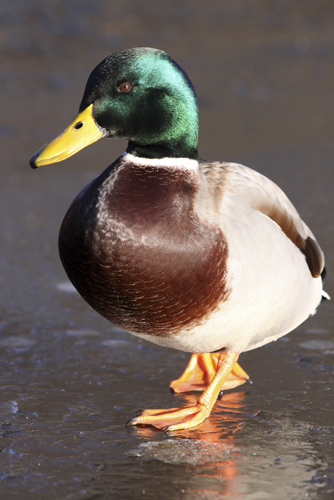 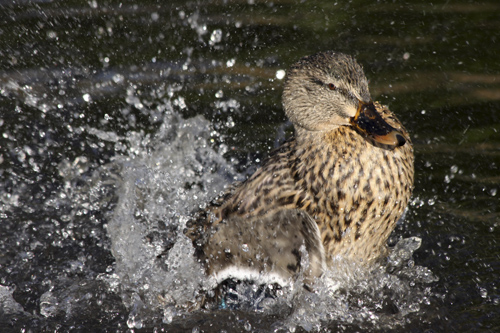 Over twenty Fieldfares around the reserve feeding on the hawthorn berries and ‘chacking’ away to each other. Raptors were much in evidence with the usual Buzzards, a Marsh Harrier and Peregrine.

Plenty of Whooper Swans about with numbers approaching 1000. The main mere was frozen around the edges with a small patch of open water in the middle that made for a difficult landing patch for the Whoopers amongst the gathering of waterfowl. Whilst ring-reading the Whoopers darvic rings I found a mum and one of the cygnets ringed in Iceland. One recently arrived family has five cygnets whilst there is another pair with 6 offspring!

The WWT have run out of combinations of the 3 alpha-numeric codes used on the yellow darvic rings and the Whoopers ringed in Iceland this year have red darvics. 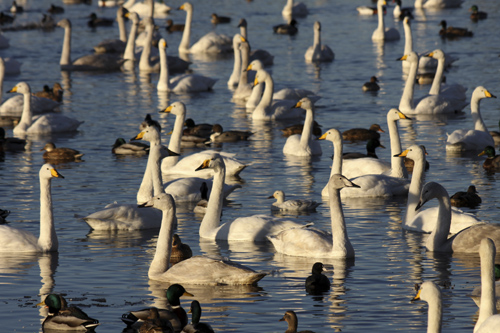 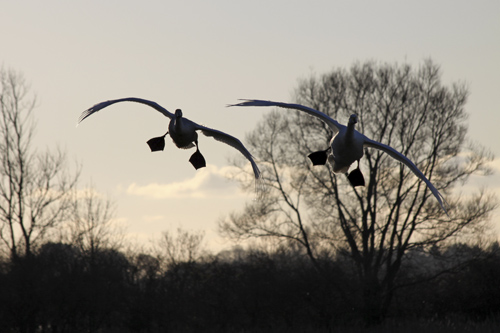 On the way back to New Lane Station I found a nice patch of Oyster Mushrooms Pleurotus ostreatus growing on one of the trees. 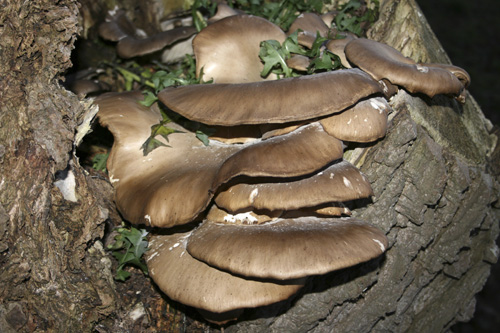