Posted on September 23, 2010 by Sabena Blackbird

Took the afternoon off work on 22nd Sept 2010 to check on any new fungi additions at Dibbinsdale. Persistence or obsession 😉 is paying off and there were some more great finds.  A few Stump Puffballs Lycoperdon pyriforme, Smoky Bracket Bjerkandera adusta, Amethyst Deceiver Laccaria amethystea, Black Bulgar Bulgaria inquinans, the slime moulds Tubifera ferruginosa and Fuligo septica as well as the following…

Its name is derived from tree nymphs in Greek Mythology called dryads who could sit on the fungi riding it like a saddle. A week ago this polypore was only just beginning to sprout from the fallen tree trunk. 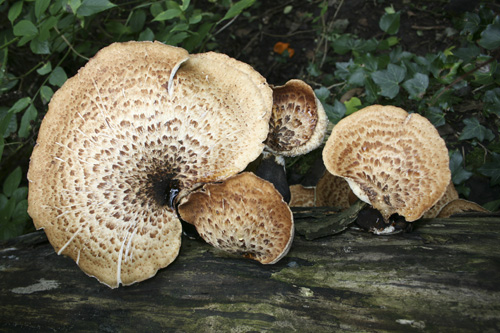 This beautiful delicately branched fungi was growing on the woodland floor. It has become more widespread in recent years and can be found growing on woodchip mulches. 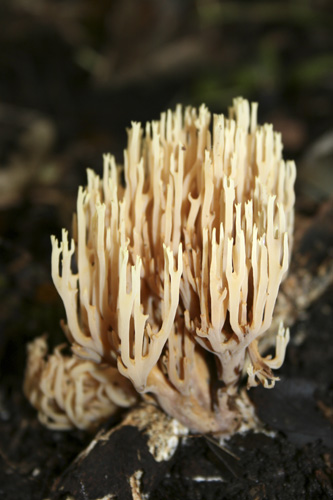 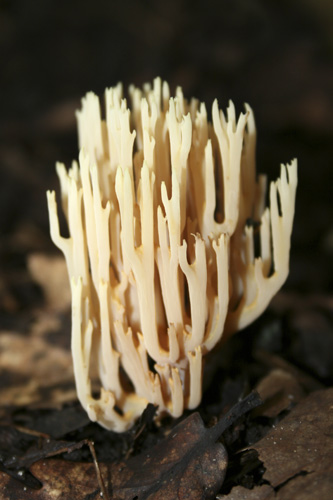 Formerly Jew’s Ear, quite a number seem to have appeared during the last week, this particular one being quite large and wrinkled. 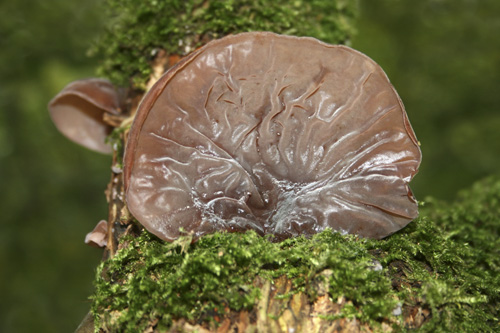 Also known as Lawyer’s Wig, the gills beneath the cap will mature and secrete a black liquid containing pores – hence the ‘Ink Cap’ name. 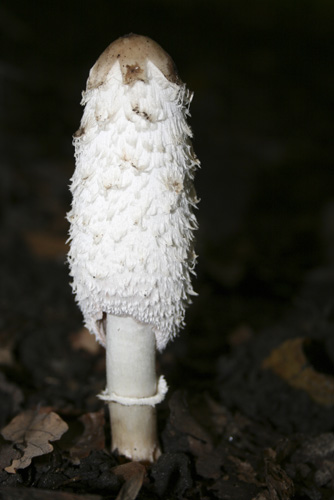