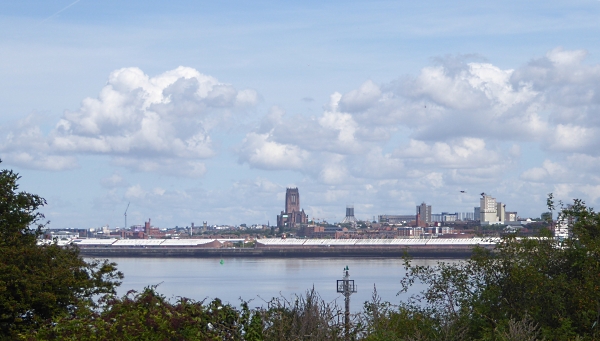 On the way from the bus, at the corner of Woodhead Road and Bolton Road East we stopped to look at a Snow Gum (a Eucalyptus tree) and a Contorted Willow, both  interesting choices for a suburban garden. One of the very new houses on Dock Road North had an empty House Martin’s nest tucked into the apex of the pediment, showing that they don’t need old houses to breed on. In the park the path edges were a profusion of flowers, with Fleabane, a long-flowered Mint (Apple Mint?), Tansy, Common Knapweed, Michaelmas Daisy, Ribbed Melilot, Wild Carrot, Teasel, the second flush of Bramble flowers,  Yarrow, Common Toadflax, Black Medick, Mugwort and Fennel. 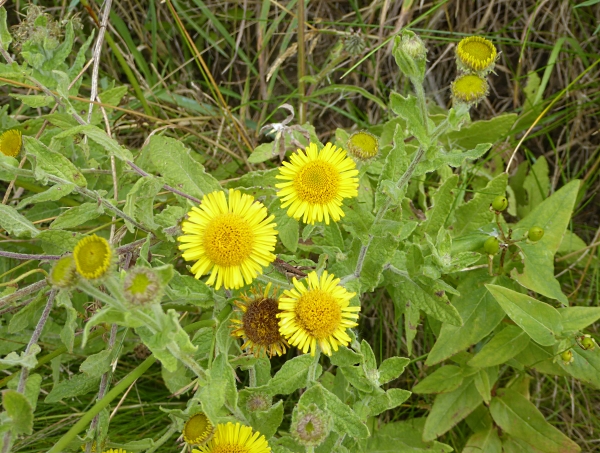 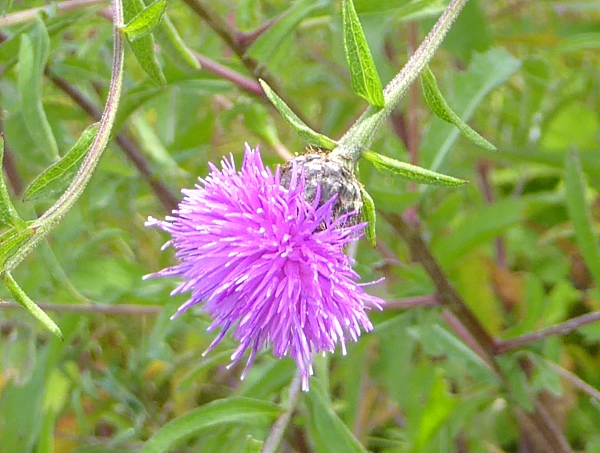 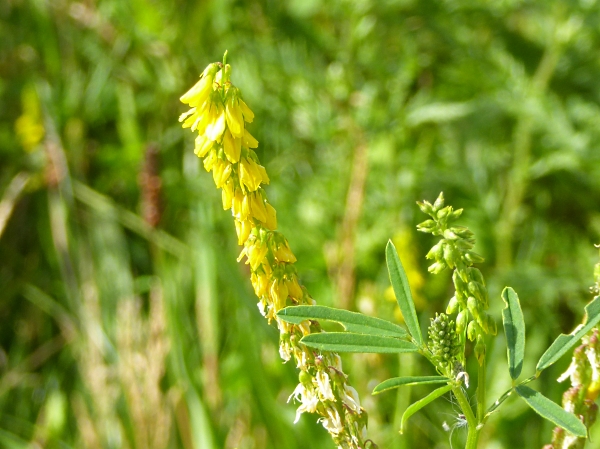 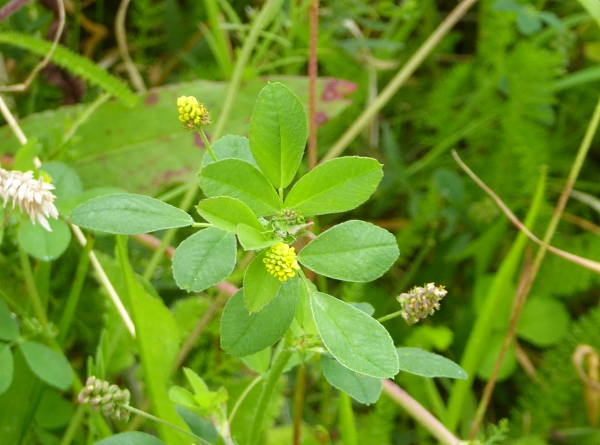 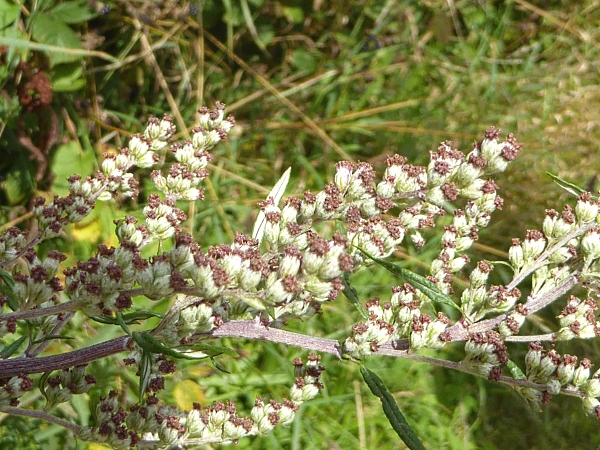 One tree, which was definitely an Alder, had unusual rich brown bark with pale markings. It wasn’t a rare variant (our first thought) because now I see that Mitchell says young trees have purplish-brown bark, and the Collins tree guide mentions “pale horizontal lenticels”. 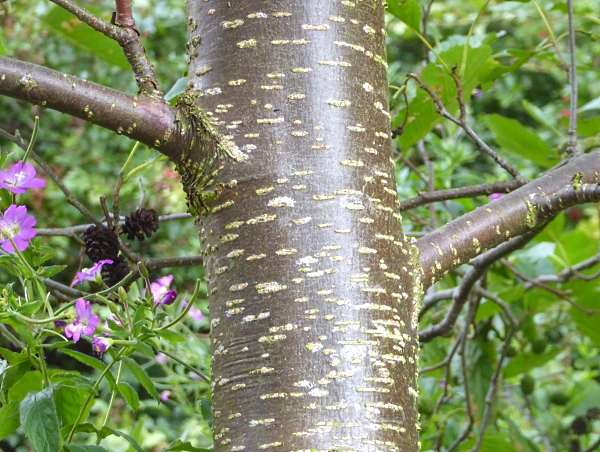 Autumn is coming on apace, with ripening Blackberries, red Rowan and Hawthorn berries, heads of Elderberries and the seeds of Creeping Thistle (Thistledown?) 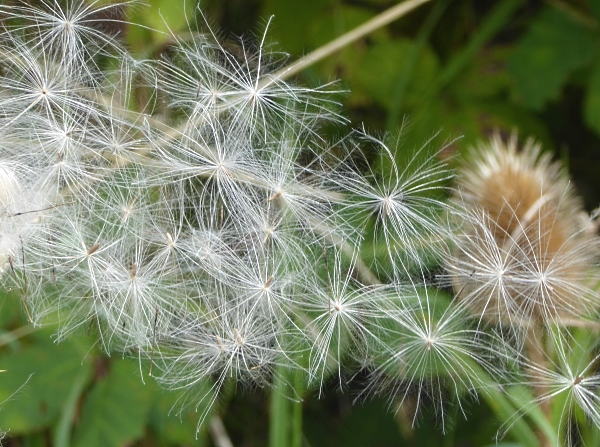 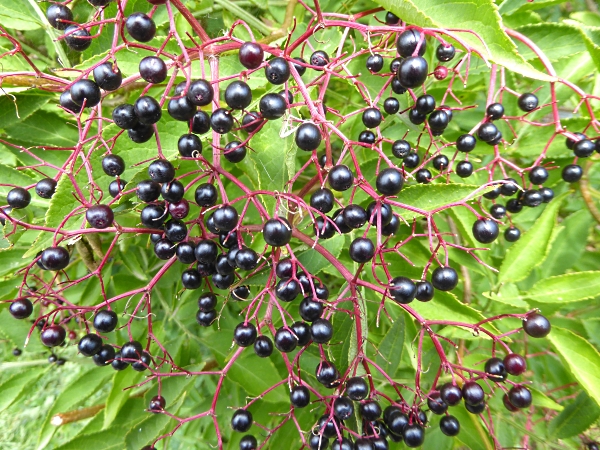 The River Park was celebrating its third anniversary with a Birthday Party picnic. To encourage children to walk around and notice things, the Friends had put up a series of numbered signs, with easy questions (ludicrously so for adults) placed right in front of the plants with the answers. 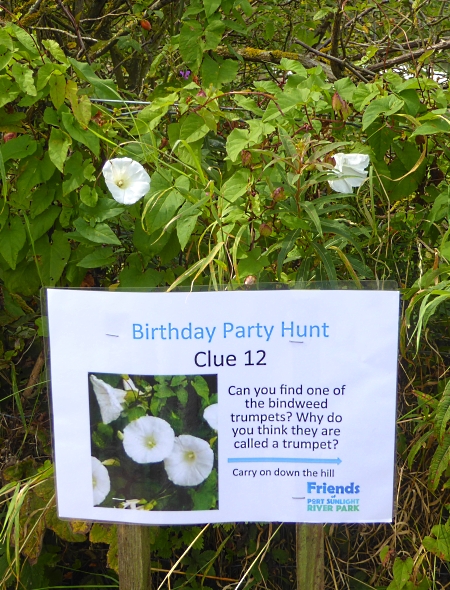 John had spotted both Swallows and Swifts overhead. A young Warbler was hunkered down in an Elder, showing its white eye stripe but otherwise unidentifiable. There was a Cormorant perching on something in the river, and on the pond were Canada Geese, Mallards, a Mute Swan, a Little Grebe, Redshank, Teal and a few Black-tailed Godwits who appeared to be just flying in from their breeding season further north. 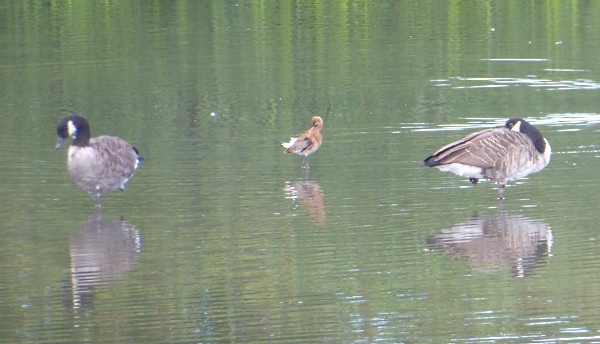 Butterflies were about in the sunshine, including Gatekeeper, Large White, Meadow Brown, Green-veined White and this rather worn female Common Blue. 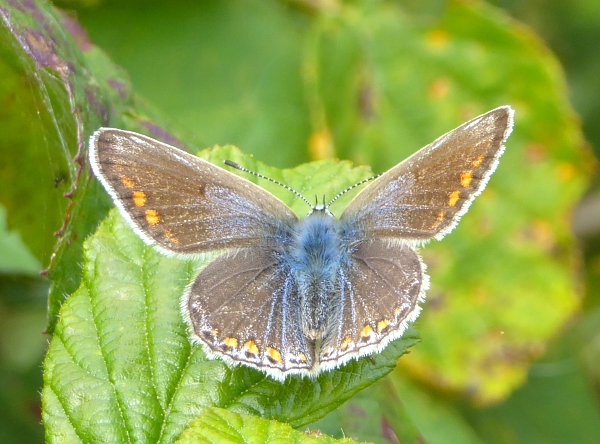 Cheshire, Halton, Warrington and Wirral RECORD had a stall around the back. We checked some of the finer points of plant ID with them (Hop Trefoil or Black Medick? Which Melilot?) and we were able to add several things to their daily list. 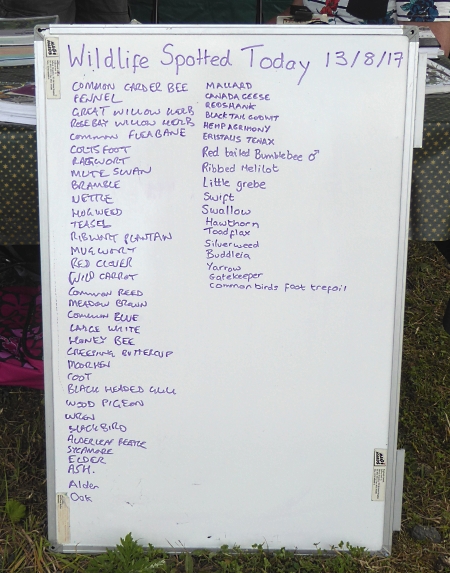 It was sunny and dry, a great day for their picnic. Stalls included the RSPB, Merseyside and West Lancs Bat Group, Cheshire Wildlife Trust, Chester Zoo, the Soroptomists, face painting, kids painting model animals, and a cake stall. The local bee keepers had a demonstration comb in a glass case, with the Queen Bee marked with a yellow dot. 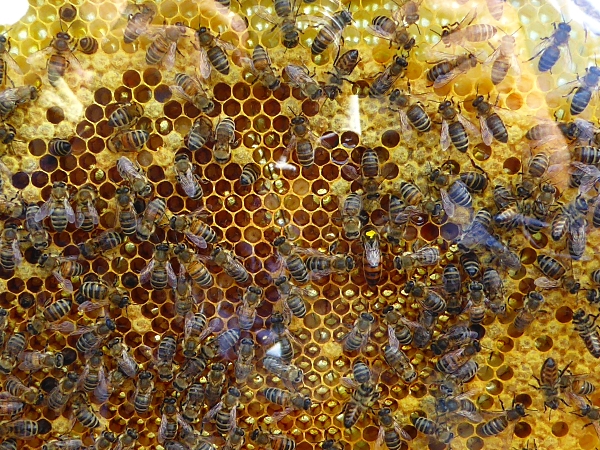 Rockliffe Raptors were there, with a Red Tailed Hawk, a Little Owl, and a Kestrel called “Hettie”. 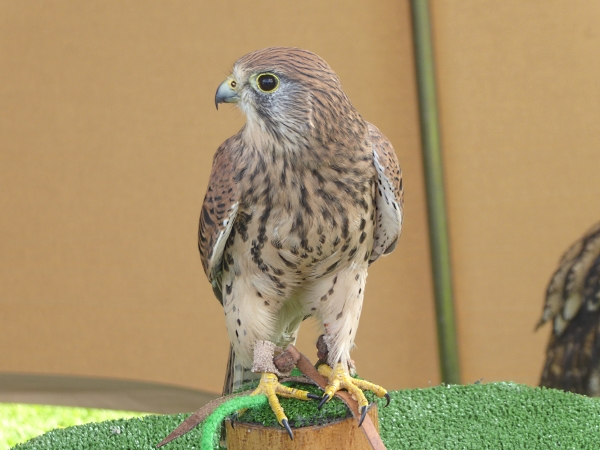 On the way back we spotted a huge stalk of Great Mullein growing out of the base of a new wall.  Several groups of Gulls were circling high up, possibly after flying ants. No new trees or birds today, but we added three new flowers, so our points are up to 1070.