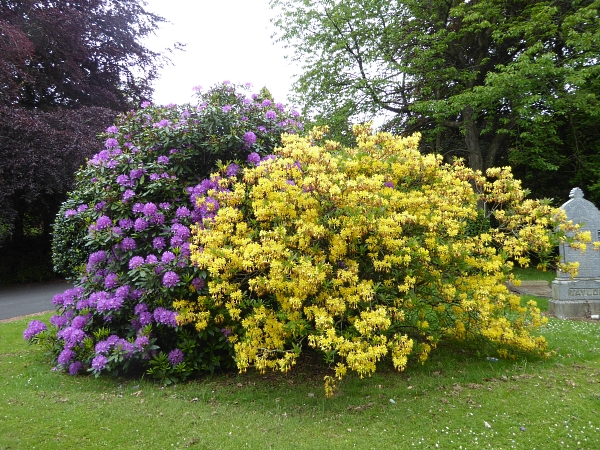 We started at Woolton Village with a quick look at the much-protested-against building works, then crossed the field diagonally and entered Woolton Woods. The cool shade was very welcome on such a hot and sunny day.  Across Camp Hill with its views south westward to Speke Industrial Park and south Wirral, then across School Lane and into the Sunken Garden. 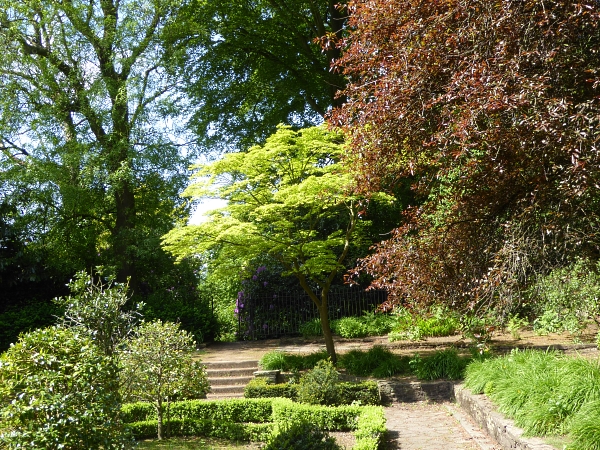 In amongst a carpet of buttercups there was a Holly Blue butterfly resting in the sunshine. 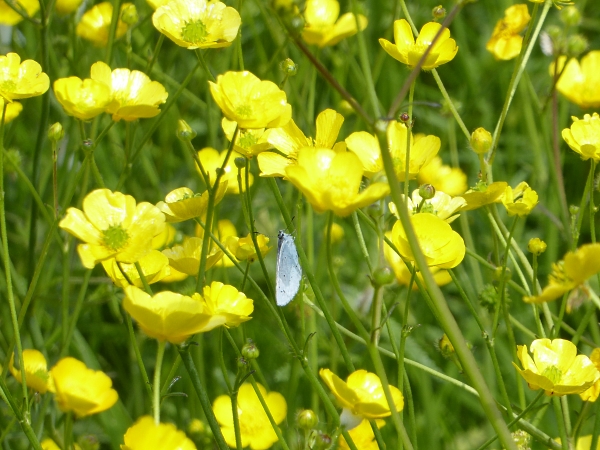 Then we sneaked into Allerton Cemetery’s top corner via the footpath and a gap in the railings. Not many birds in evidence today, just a Blackbird and some Swallows, but while we ate our lunch we could see a Buzzard being mobbed by a Crow.

There are several notable or champion trees in Allerton cemetery. One I had never heard of is a Bauman’s Horse Chestnut, Aesculus hippocastanum ‘Baumannii. There are several of them, but the tallest, at 18m, is on the north side of the central road, east of the chapel. 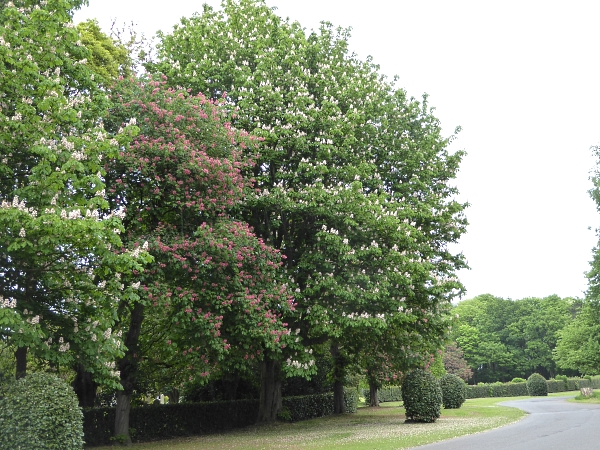 It is a natural “sport” or mutation of the common Horse Chestnut, looking just the same, except the flowers are double. It is a sterile tree, so doesn’t develop any conkers and has to be propagated by cuttings. 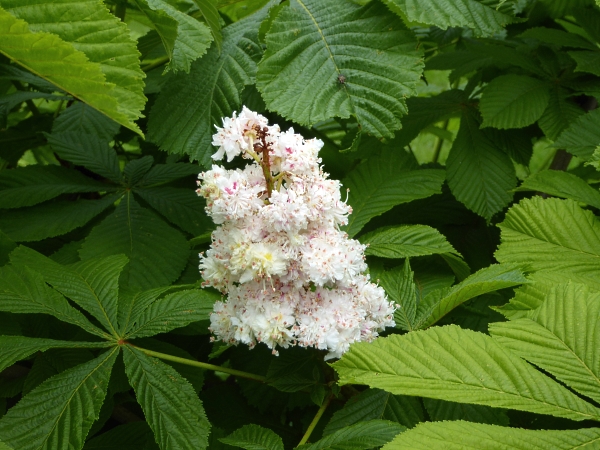 The Lancashire county champion Highclere Holly is south of the north chapel, on the west side of the drive. It is Ilex x altaclerensis ‘Wilsonii’ and is 12m tall. 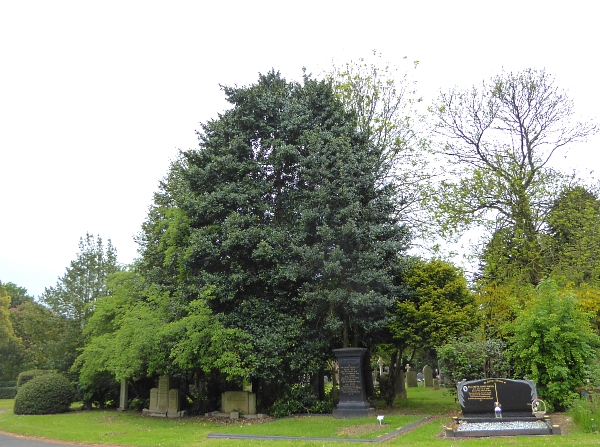 It’s a hybrid between Ilex aquifolium and Ilex perado, and ‘Wilsonii’ is a rare variety.  Its leaves are large, dark green and glossy, and almost entirely spineless except for the tip. It is a female variety and bears a profusion of flowers and large, vivid red berries in the autumn. 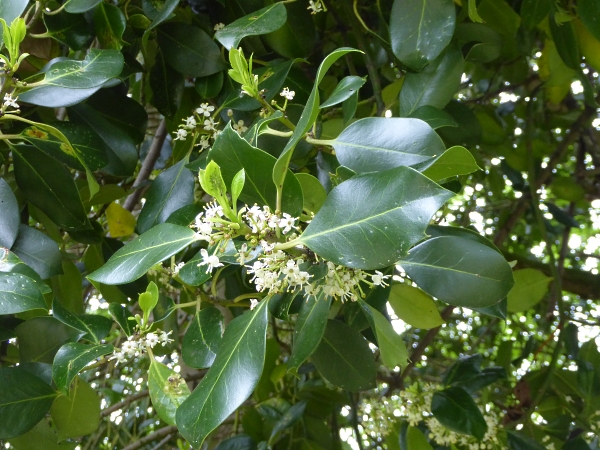 In the groves with the curved paths around them, west of the chapels and north and south of the main road, are matched sets of four Monkey Puzzle trees, set quite close together. They must be part of the original 1909 architectural plantings. 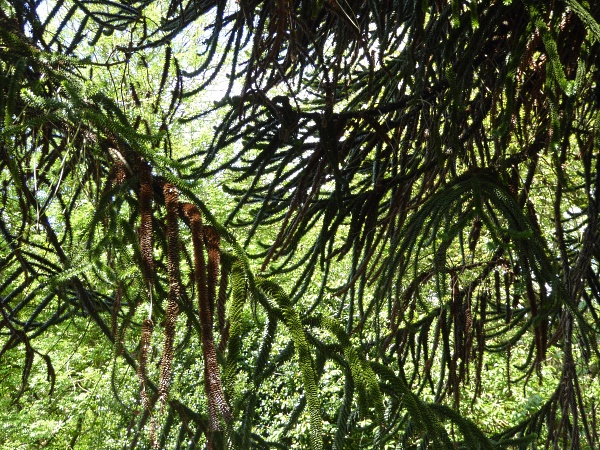 Next to the northern quartet is a poor weedy Judas Tree Cercis siliquastrum.  It looks like a previously upright tree has fallen, then thrown up two new shoots. But it had its pink pea-flowers out, with some of last year’s pods still hanging on. 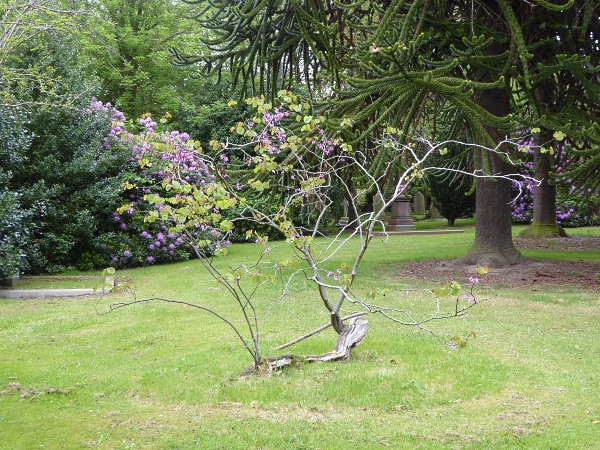 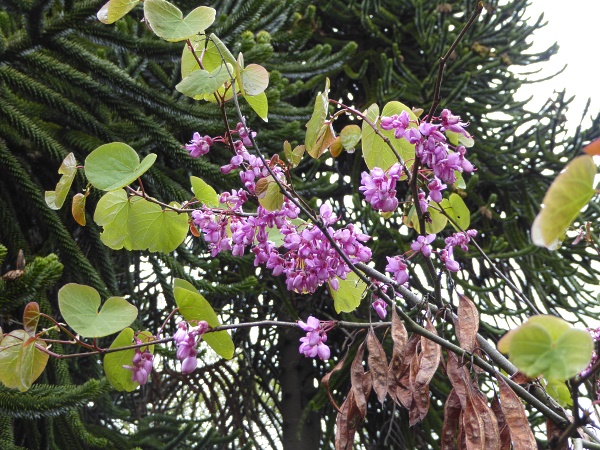 Allerton Cemetery also has a Persian Ironwood Parrotia persica, which is the Lancashire county champion for girth at 118cm. It’s north of the central drive, near the junction of sections CH1A and CH1B, next to a tall Lime. 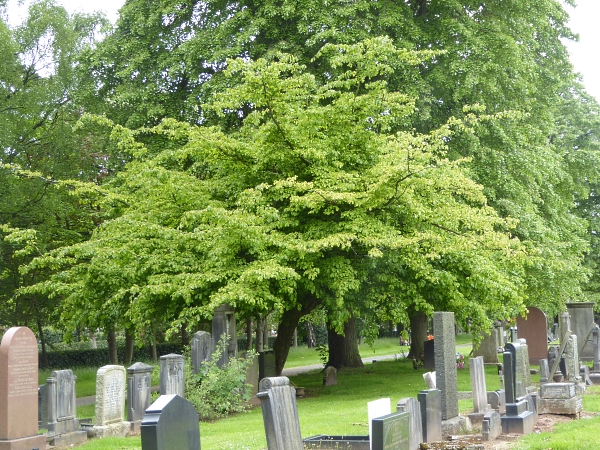 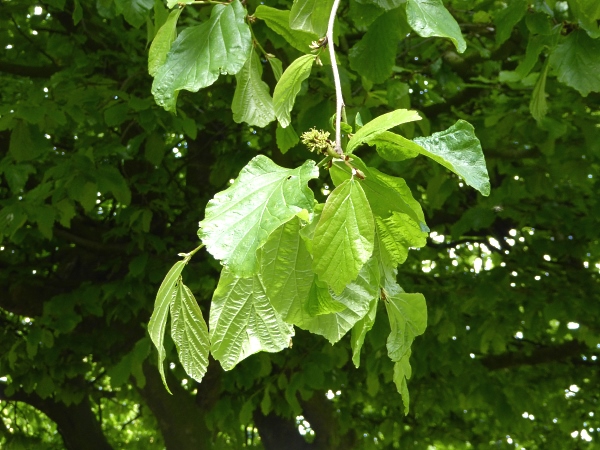 We also looked at some “celebrity” graves. Ritchie the Ranger likes to point out a Blackler monument (which is the family of the famous department store) and another to an Owen Owens, but that isn’t the man from the shop – the dates are wrong. We also looked at the large ornate memorial to Wayne’s Rooney’s young sister-in-law Rosie, who died when she was 14. And of course, we had to look at Cilla. 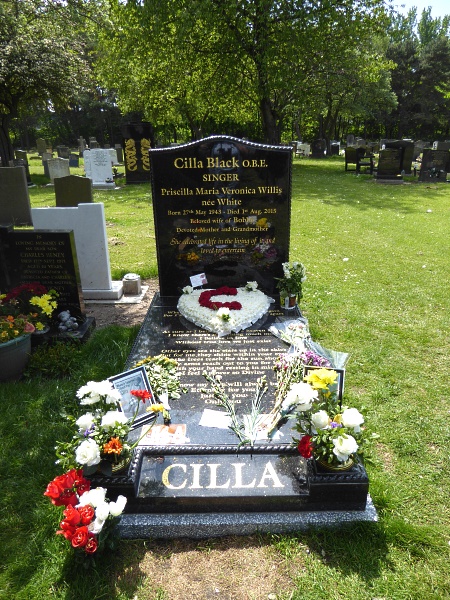 Other tree notes. In St John‘s Gardens the Dove Tree or Handkerchief Tree Davidia involucrata is out. 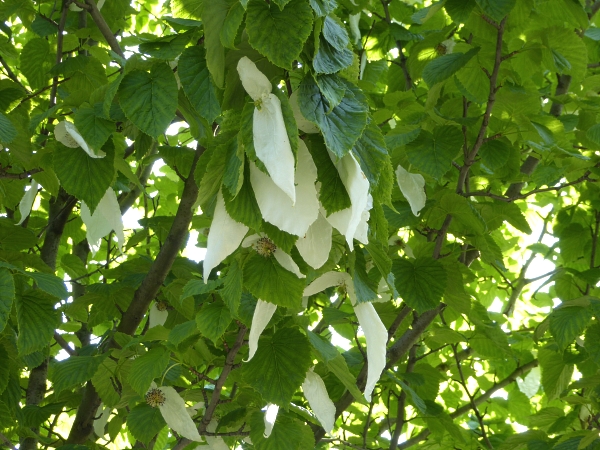 It’s on the south side of the main circle next to St George’s Hall and has the memorial to the Burma Star Veteran’s Association at its base. On this picture, it’s the one on the left. 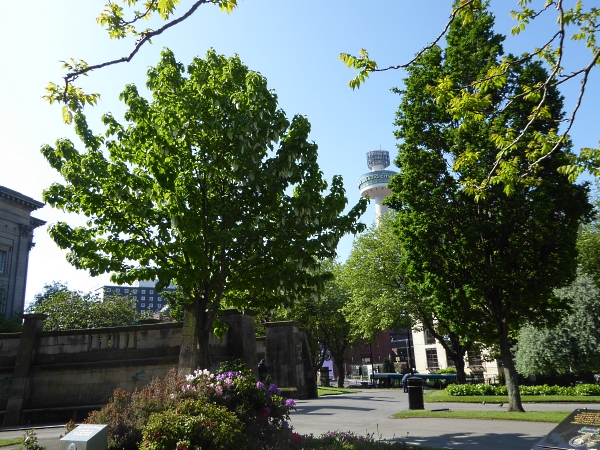 On the way to Woolton on the bus we met Joyce and David, also tree lovers, who were on their way to Calderstones, hoping to see the Foxglove Tree Paulownia tomentosa in flower.  Joyce tells me they were successful. It’s flowering now in the north west corner of the park, in the section immediately to the west of the Calderstones Road car park.  Here’s Joyce’s picture. 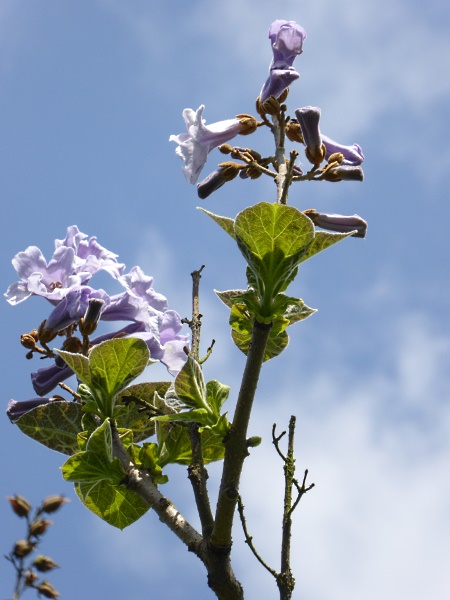