Hillside to Ainsdale on the Velvet Trail, 29th June 2014

It was another gloriously hot and sunny day, a day for interesting flower and insects in the dunes. The flowers started outside Hillside Station, where there is a wildflower bank. 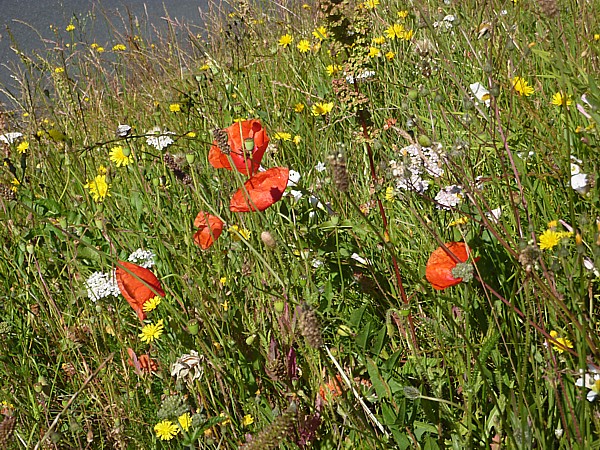 We crossed the open ground next to Royal Birkdale golf course and through the footpaths joining Selworthy Road to the Coastal Road, where we had got to on our first leg. Last week I met John Dempsey, the ranger, and he recommended the Velvet Trail / Green Beach instead of the Ainsdale and Birkdale Reserve. That involved crossing the busy coast road, but we made it safely, and it was certainly worth it.  The sandy path wanders and braids through the dunes and slacks, sometimes rather difficult to find, but if in doubt, keep high. At this time of the year the dunes are covered with flowers, the commonest being Rest Harrow, here with a clump of Sea Holly. 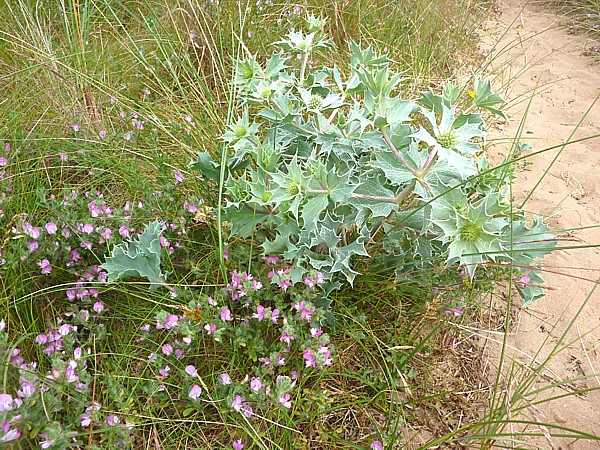 There were dozens, if not hundreds, of pretty pink Pyramidal Orchids, and patches of bright yellow Biting Stonecrop. 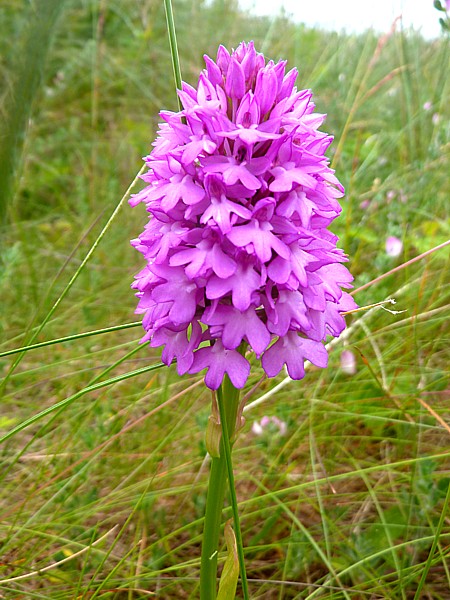 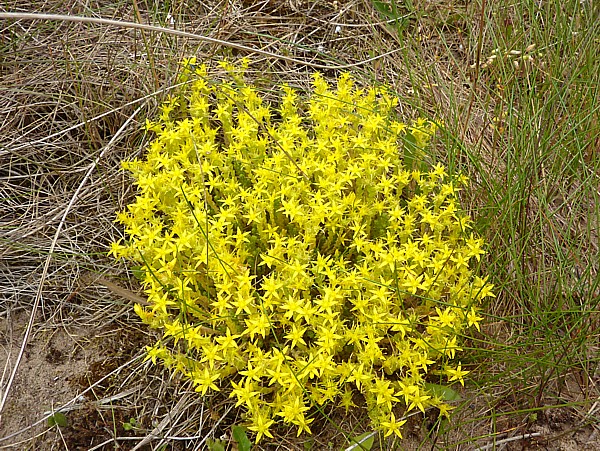 There were Meadow Browns flying up everywhere. I don’t think any of them were Graylings, but they were very fast and active, and it was hard to check every one. We also spotted Large Skipper, a few Small Heaths, Cinnabar moths (their caterpillars on the Ragwort looking very fat) and one unidentified White Butterfly. One very fat gold and green beetle was probably a Sand Chafer, but it was off before I could take a picture. We didn’t see any Northern Dune Tiger Beetles, but I spotted one last week when I was doing the recce. 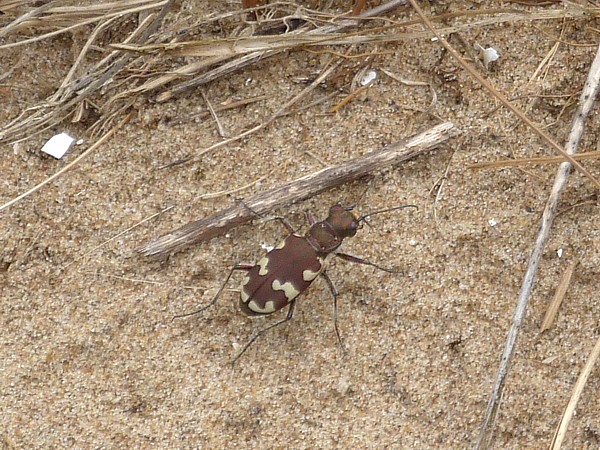 We lunched high on a dune, with a Skylark singing and views of Snowdonia to the south, and towards Blackpool to the north, with the Lake District just discernible in the furthest distance. 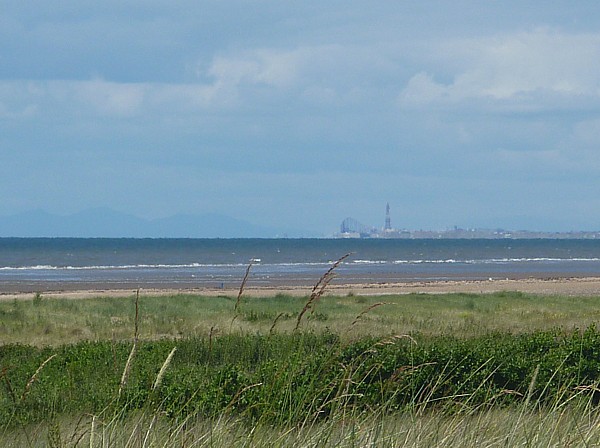 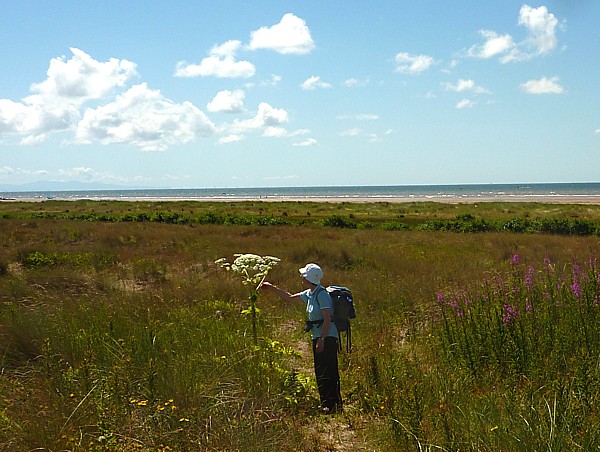 Sadly, it was a bit early for the rare Grass of Parnassus and Dune Helleborine, but by a slack with Reed Mace and a willow bush there were about 20 plants of Marsh Helleborine. Around the corner there were masses more. 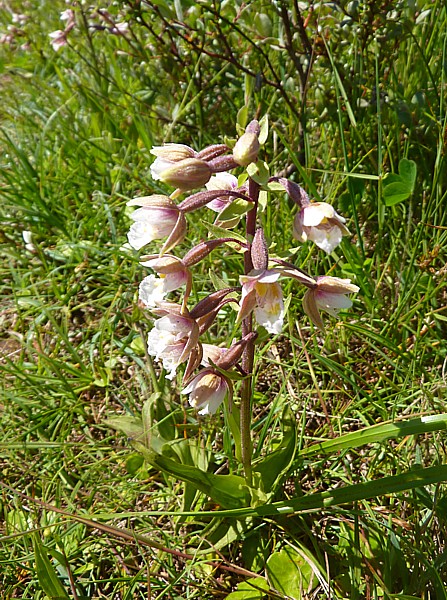 In amongst them was one late Bee Orchid. 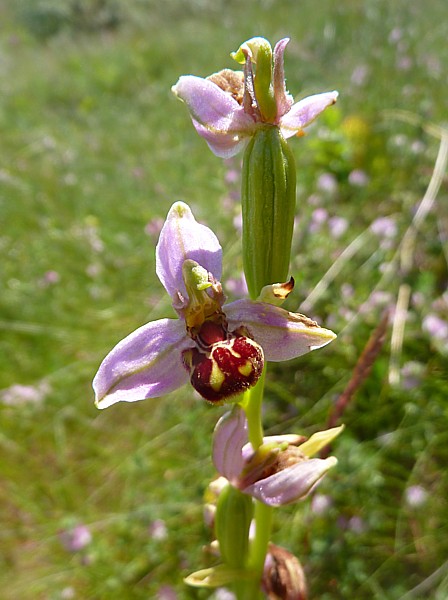 As we neared Ainsdale and Shore Road we came across a fenced-off slack, protected for Natterjack Toads. We didn’t see any, nor any of the Adder’s Tongue Fern that is supposed to grow in this area, but there were masses of purple and white Broad-leaved Everlasting Pea. 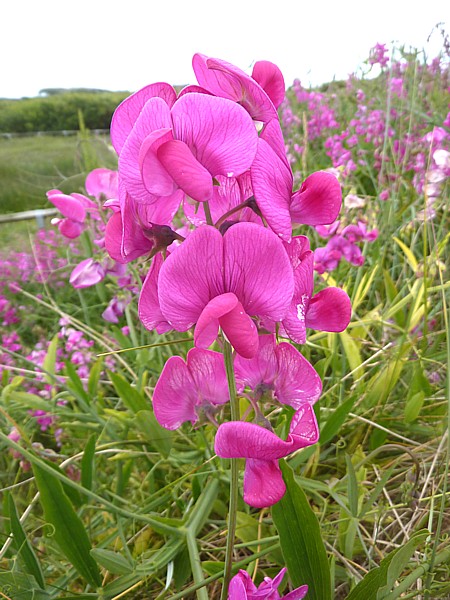 On the roundabout by the Sands pub there is a sculpture of an aeroplane taking off, commemorating two historic transatlantic flights from Ainsdale beach in the 1930s. 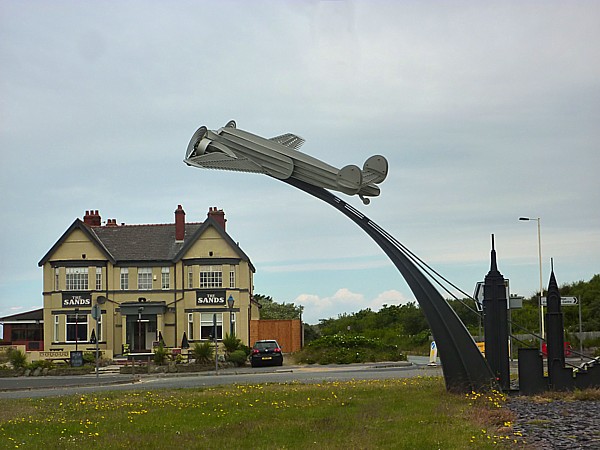 This was our second leg of the Trans-Pennine Trail and we did about 1.75 miles of it, taking us to three and a quarter miles from Southport.

Public transport details: Southport train from Central at 10.08, arriving Hillside 10.45. Returned on the train from Ainsdale at 3.22.