It was a beautiful day for the crossing, warm and mostly sunny, breezy out by the islands but quite humid inland. We caught the 9.50 train from Central and were at the Dee Lane slipway by 10.45. The sands were absolutely full of Lugworm casts and burrows. 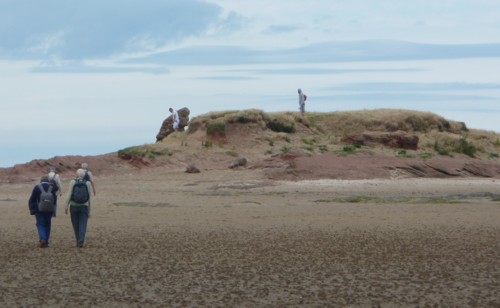 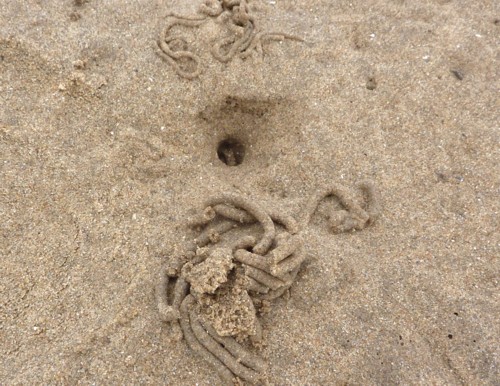 There were no seals out on the Hoyle Bank, just a group of moored yachts.  No exciting birds: five Shelduck flew over towards the Welsh side, there was a Little Egret on the side of Hilbre towards Red Rocks and a flock of Oystercatchers on the waterline, with Cormorants and a few Greater Black-backed Gulls. Swallows were about, and there were two Linnets on a fence.  One Meadow Brown and an unidentified White butterfly fluttered past.  Out on the water it looked like a rescue helicopter was winching someone up from a dinghy. We imagined it was Prince William out there, but he probably doesn’t fly the local yellow helicopter!  Off the seaward end of the main island there were about a dozen Grey Seals in the water, just staring back at us! 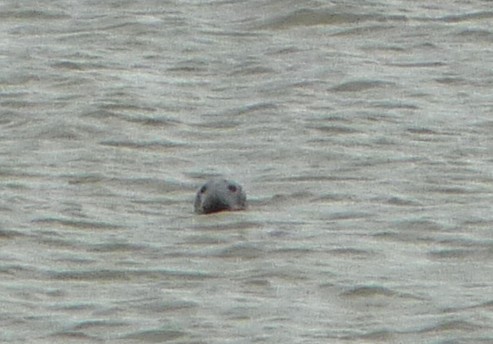 As we made our way back to West Kirby for the 3 o’clock train we saw a big jellyfish stranded on the rocks, about 30-35 cm across, which looked like a Lion’s Mane. (According to Wikipedia the largest specimen ever found was 7 foot 6 inches across  2.25m  which makes this one look like a baby!) 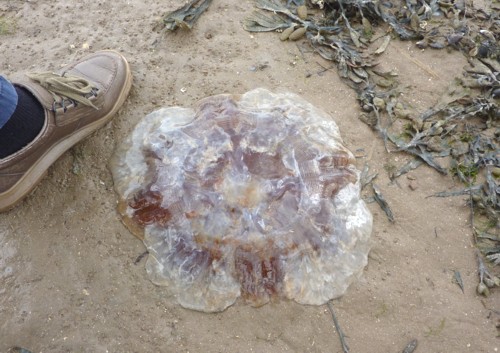 In the dryer sand nearer the slipway we spotted one small patch of Spartina grass, so it looks like it has started to encroach from Hoylake. 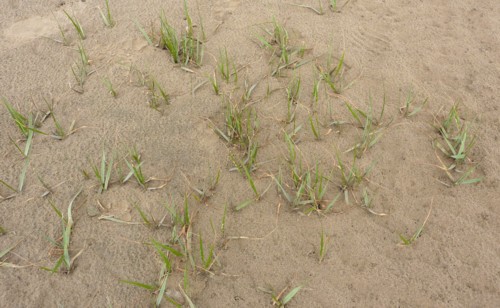