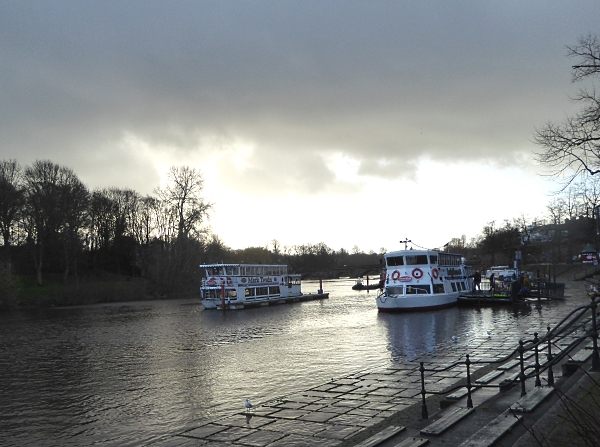 The morning was bright and sunny, but the rain came down heavily after lunch and washed us out! We started in Grosvenor Park, and noticed that they have re-instated their very smart tree nameposts, probably related to their tree trail leaflet. This Indian Bean tree was festooned with hundreds of hanging pods. 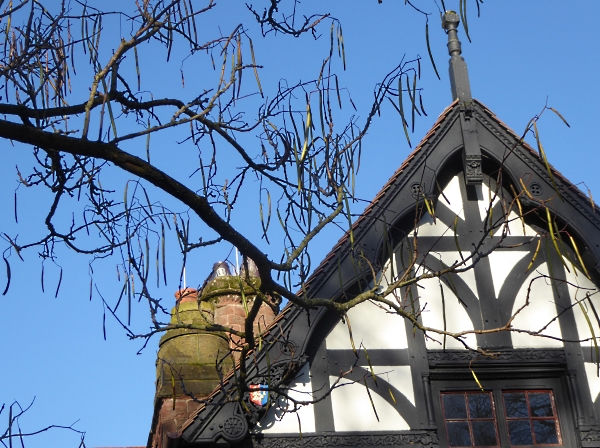 There were several Cedars. The Blue Atlas Cedar and the Deodar had nameposts, but two or three others might have been green Atlas Cedars or Cedars of Lebanon (I favour the former) but they weren’t identified. Perhaps they aren’t sure either!  Amongst the flowerbeds were four willow Spitfire sculptures, built to mark this year’s centenary of the RAF. They are by local artist, Sarah Gallagher-Hayes. 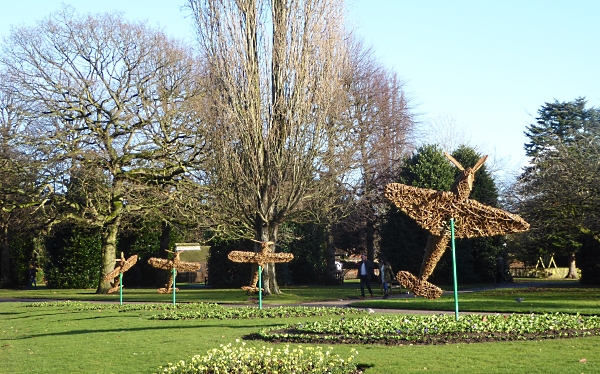 The Grey Squirrels were very bold, scampering right up to us and trying to climb up our legs! The park has a Weeping Beech, and we were amused to see it had a row of birds perched on top, just like the one in Sefton Park, which is always “owned” by a gang of gulls. Oddly, birds don’t seem to like Weeping Ashes quite so much. Another star tree is the Strawberry Tree by the lookout at the south eastern corner of the park. That too had a prominent namepost. 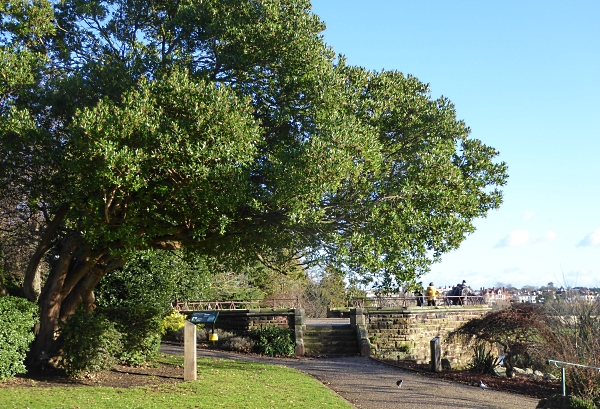 We lunched at The Groves, overlooking the Dee, and hoping to see the Black-headed Gull from Norway, but it wasn’t anywhere near us. One young BHG was squawking and begging like a chick from all the adults, and also from us and our lunchboxes! 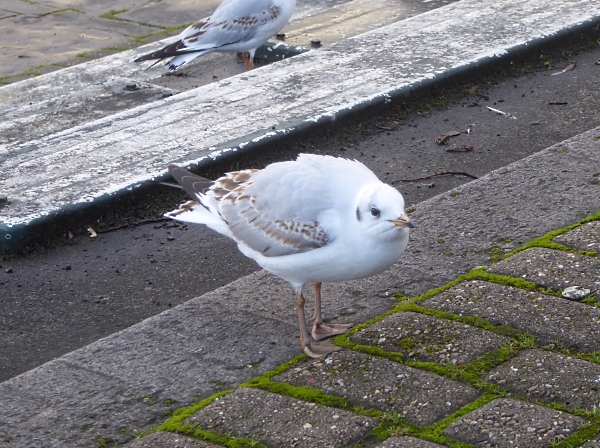 After a brief heavy shower we strolled up to the Roman Garden, and admired the tall narrow Italian Cypresses Cupressus sempervirens, which are fairly rare trees, but an entirely appropriate choice here. 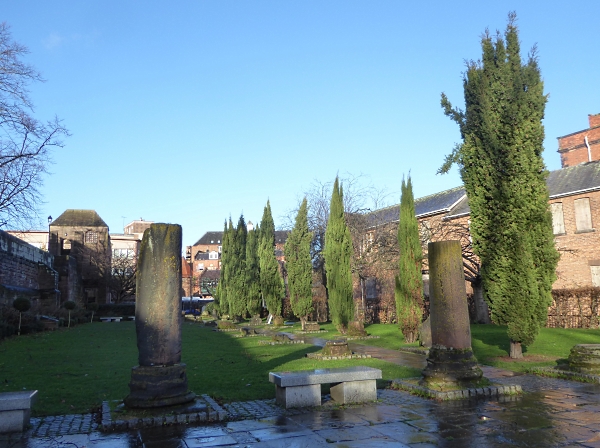 We walked along the walls from Newgate to the Eastgate clock and then headed towards the Christmas market. Unfortunately, our plans were foiled by the biggest shower yet, which was torrential. We sheltered under the covered Rows, listening to the Carol Singers, and as soon as we could, headed back to the station.