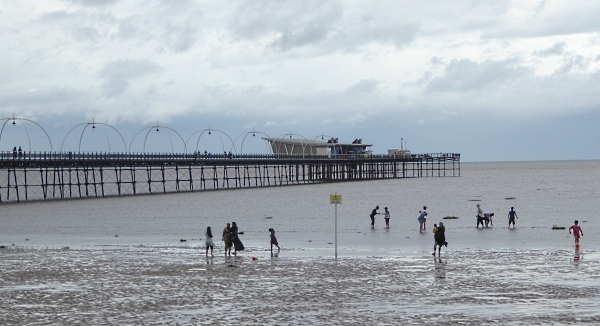 Well, that’s the heatwave broken, and it was pouring with rain. We had planned to go to Freshfield  but we stayed on the train to Southport, where there was a least some chance of shelter. The rain had reduced to a drizzle by the time we arrived at the southern arm of the Marine Lake. No exciting birds, just lots of fed-up-looking ones loafing on the edge – Mallards (including two tall black ones), Canada Geese, Herring Gulls, Black-backed gulls and Black-headed Gulls – and a large flotilla of Coots out in the middle. Over 50 Mute Swans were clustered and preening, so we recorded all the Darvic ring numbers we could see, all blue on the right leg: 4BUA, 4CHU, 4CSF, 4CLH, 4CSJ, 4CLI. They have been reported to the North West Swan Study. 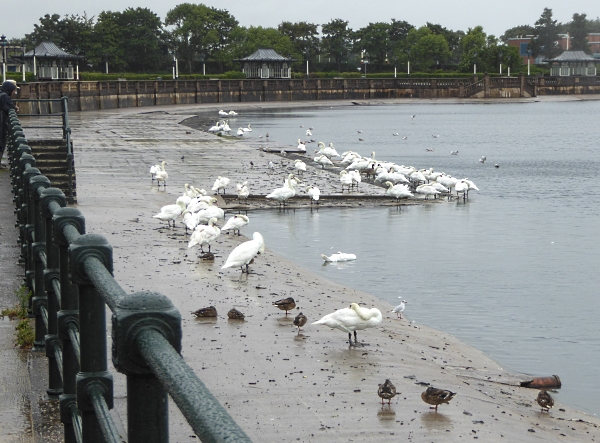 We greeted a large party of Asian mothers (many in saris) who had brought their children on a day out from Birmingham. Not a good day for the seaside!  The Swan and Flamingo pleasure boats and the water bikes were moored and unwanted on the other side of the lake. 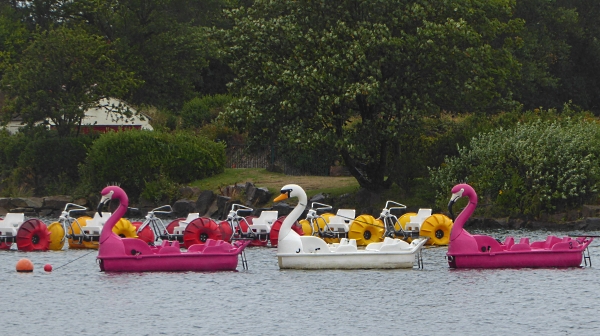 It started raining heavily again so we huddled in a shelter to eat our lunch. A Heron and two Swifts flew over. As the clouds started clearing from the south we crossed the Venetian Bridge and noted that one of the supporting islands had a few Greylag geese which were sitting amongst Ragwort and Burdock. One Moorhen bobbed about and a Swallow flew past. There were more Greylags around the Ocean Plaza retail park, a Dunnock, flocks of Starlings and one chirpy Pied Wagtail. 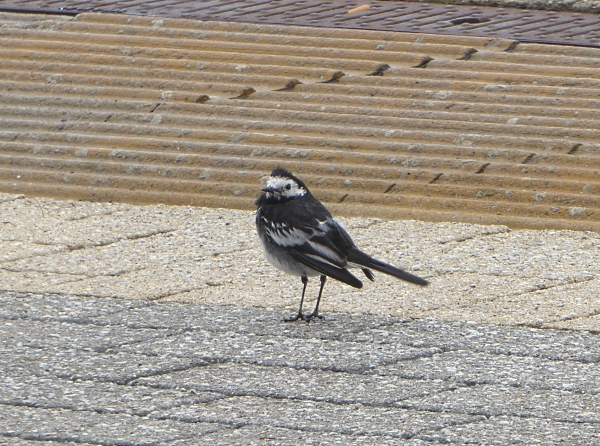 To our surprise, the tide was in. You don’t often see the sea at Southport!  The Spartina grass is spreading, and the beach might be a salt marsh soon. 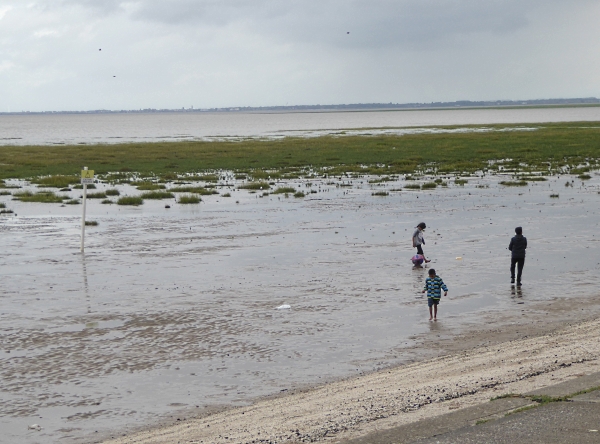 The best birds were a small whirring flock of Dunlin. Then it started raining again, so we called it a day.

By the way, some of us had heard an item on Radio Merseyside in the week about the planting of a rare tree in Speke Hall, that the report called only “the dinosaur tree”, saying there were only 12 of them left in the world. I looked the news up, and it was about the Wollemi Pine. There are only 12 in the wild, but since they were discovered in Australia in 1994 they have been widely propagated world-wide. It’s still a pretty rare tree, though. Speke Hall’s website says it is in the “secret garden” through a tunnel off the North Lawn.

Public transport details: Train from Central at 10.23, arriving Southport 11.15. Some returned to Liverpool on the train but three of us got the X2 bus from Lord Street at 1.44, which got me home at about 2.45.