Another hot and sunny day, no surprises there! The main fishing lake in Newsham Park was clogged with an algal bloom, which uses up the oxygen available for other life. There were two dead birds in the water, one was probably a Coot, the other a young Mallard. There weren’t many live birds on the water, no Mallards, just a few Coots and Moorhen, and a small family of Canada Geese which appeared to be munching on the algae. 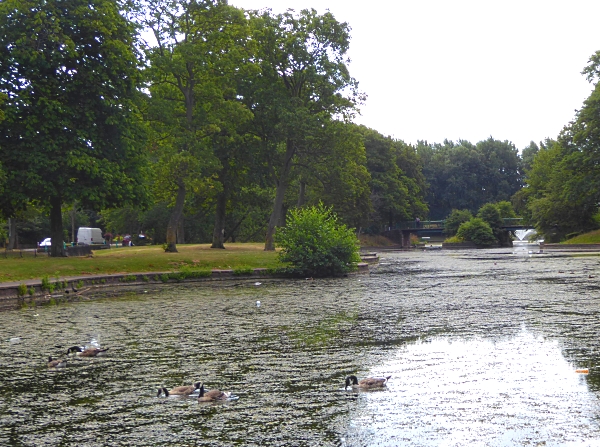 Otherwise there were only the ubiquitous Feral Pigeons, Wood Pigeons and several Grey Squirrels. A Speckled Wood butterfly flitted past and a large, fast Dragonfly might have been an Emperor. On the other side of the bridge we had more bird variety with a Mute Swan and we were surprised to see a Heron above it, perched on a Weeping Willow. 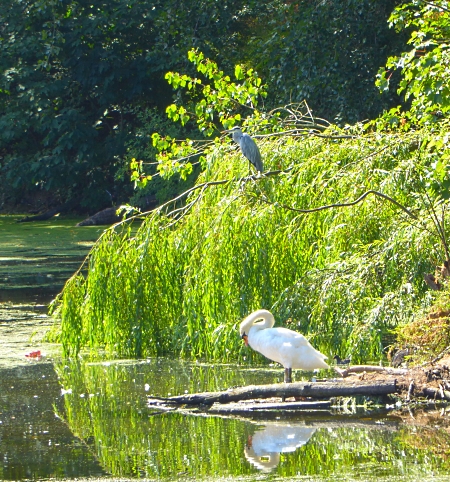 One Horse Chestnut tree was showing an early infestation of the leaf miner, but another tree further on was almost free of it. 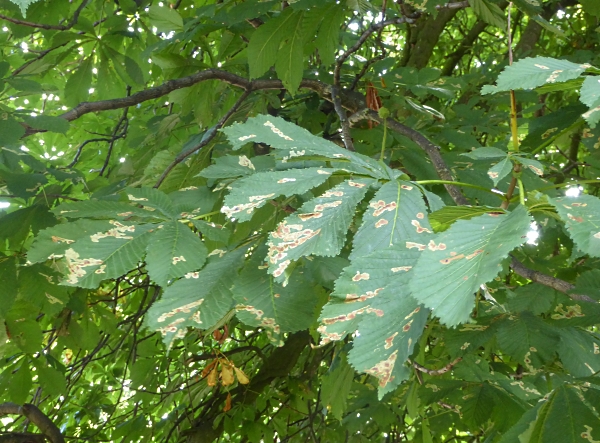 Swifts were flying over the model boating lake, which is much more wildlife-friendly than it used to be, with patches of reed on the eastern side, interspersed with Great Willowherb and Purple Loosestrife. There was a Common Blue Damselfly poised on a dead reed. 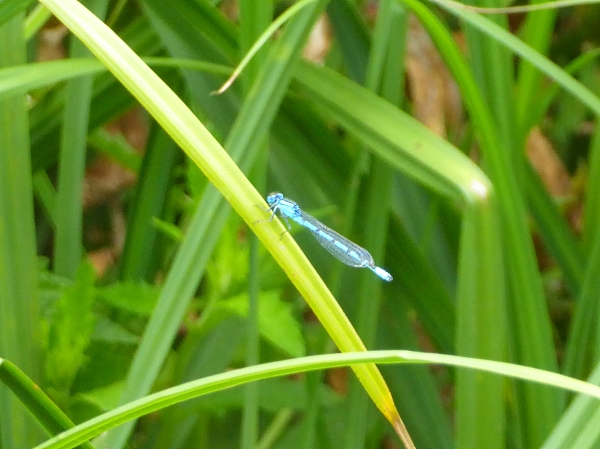 A tree next to the fence had a dead trunk and crown, but new growth was sprouting from the base, and it looked like Wych Elm. There was a Jay on the parched grass at the junction of Lister Drive and Orphan Drive. 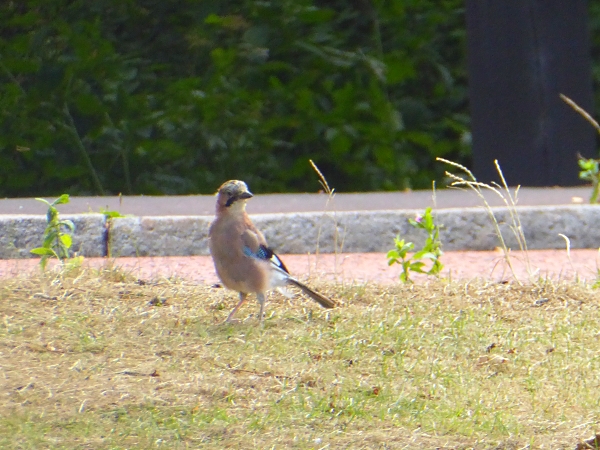 By the entrance to the boating lake, opposite the café, is a small flower garden. There was a huge numbers of bees on the Lavender and one of many Large White butterflies on the Lace-cap Hydrangea. 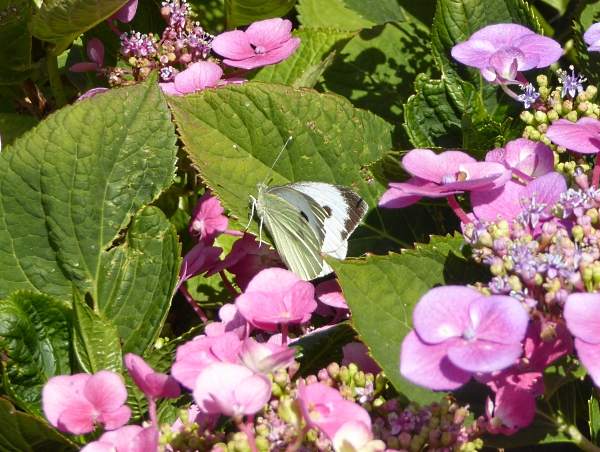 Last week in my garden I saw one each of Red Admiral, Peacock and Painted Lady, but there have been dozens of Large Whites. It’s a good year for them. After lunch we walked through the streets of Fairfield, impressed by the superb avenue of mature Common Lime trees lining Elm Vale. 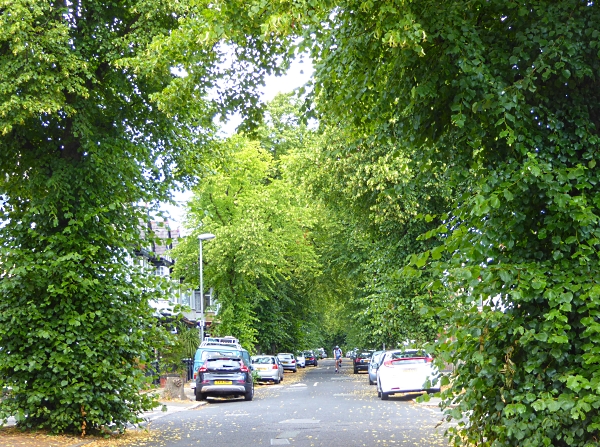 We finished the day at St Sebastian’s church barbeque and garden party in Lilley Road, where a friend was manning the plant stall.