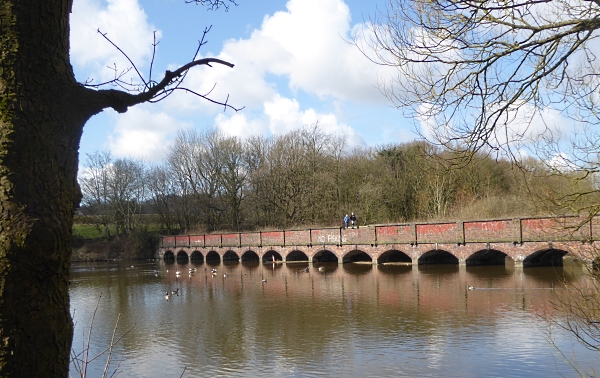 Another lovely sunny and mild day, so we decided to go to Carr Mill Dam, where the MNA saw Great Crested Grebes doing their mating dancing a week ago. We avoided the muddy west side of the lake by going a couple of stops further on the bus, past the Waterside pub, and got off at the side road up to Otterswift Farm. The hedges had been flailed, and were bare and gaunt, but the Flowering Currant was putting out its dangling pink blossom. 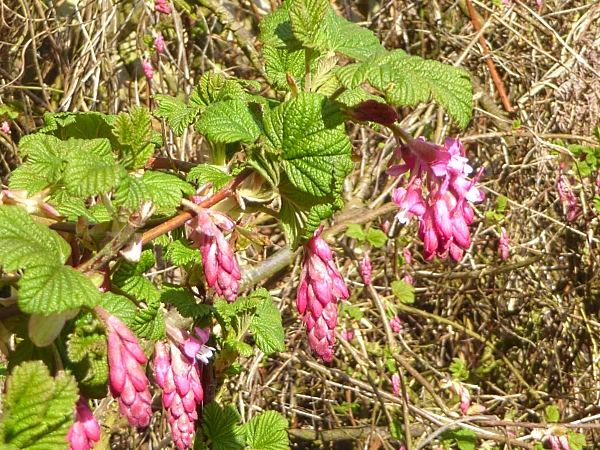 There were Mallards and Moorhen in the lake on the left, a Song Thrush by the gate and Goldfinch, Chaffinch and Wood Pigeon in the bare trees. A Grey Squirrel crossed the lane above our heads, leaping the gap between two trees, and we gave it a cheer! The hedges and verges towards the farm had House Sparrows, Dunnock, Blue Tit, Robin, Great Tit and Blackbird. The weather vane on Otterswift Farm shows both an Otter and a Swift, naturally enough! 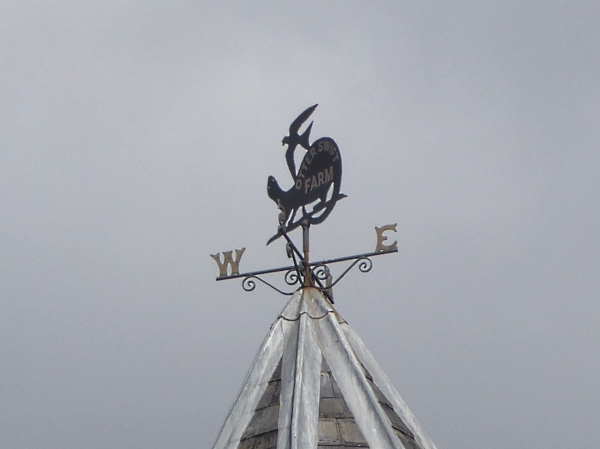 We turned into the path between the fields, where we heard a Skylark singing overhead and saw a Kestrel hovering. There were several Mistle Thrushes on the fallow ground, including these two very alert ones. Were they a pair? What had they seen? 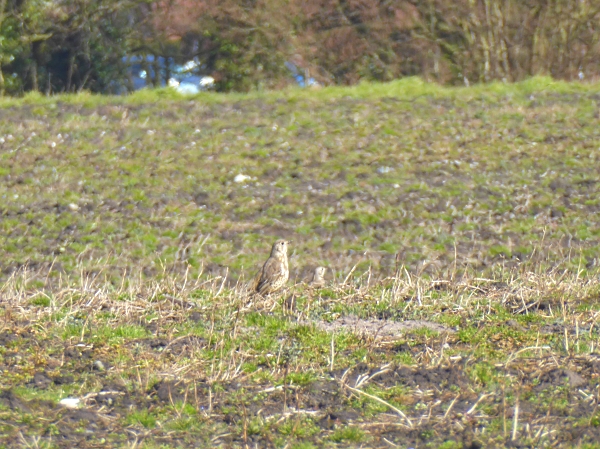 The bridge over the Dam has convenient parapets to use as seats, and we arrived just in time for lunch. There were carpets of the leaves of Wild Garlic under the trees, but no flowers yet. The usual hordes of Canada Geese were on the water, and also several pairs of Great Crested Grebes, including a pair in the sheltered bay behind us. We watched them closely as we ate our sandwiches, and they did a bit of swimming together, and posing prettily, but there were no gift-giving displays or dancing. 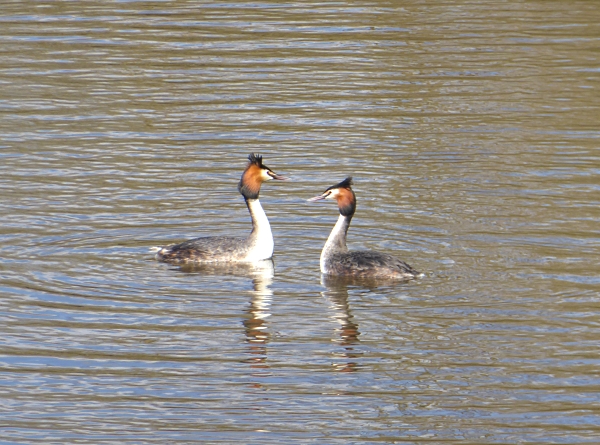 A pair of Mallards were head-bobbing, then they mated. It seemed quite a gentle and consensual affair, in contrast to the rough multi-male scrambles that Mallards usually engage in, which look like gang attacks. Then suddenly a pair of Great Crested Grebes on the other side of the bridge rose up, breast-to-breast on fast-churning feet. The famous dance!  But they did it so briefly that it was a blink-and-you-missed-it moment, with no time to snatch a picture. We set off along the east side of the lake. One pair of Coots were aggressively seeing off another pair, with much fuss and splashing. The “sticky buds” of Horse Chestnut were still closed, but I noticed in Crosby this morning that the points of my local Horse Chestnut leaves were just breaking out of their sticky covers. It must be warmer in the town. One very early Dandelion was out in a sunny spot and we also found our first Coltsfoot on a steep bank. 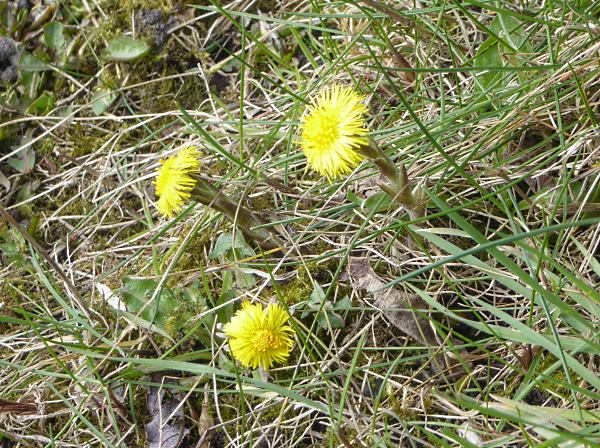 High overhead a Buzzard seemed to be being mobbed by a pair of Kestrels. At the Goyt footbridge some people leave bird food in the fork of a tree, which was being visited by several Great Tits and a Nuthatch. There were patches of Lesser Celandines under the trees. We returned the long way around by Garswood Old Road and noted that both Hawthorn and some kind of Rose were starting to put out their leaves.