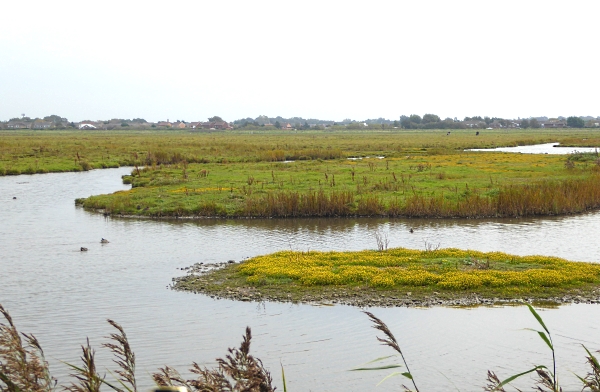 An odd day at Marshside, with an almost deserted Sandgrounders hide, both inside and out, but all the excitement at Nel’s hide, where there were two Cattle Egrets. However, even this late in the season there are still flowers to be found. Near the bus stop in Elswick Road there was a low four-petalled yellow flower at the base of a garden wall which might have been Annual Wall Rocket. On the bank on the south side of the reserve were Ragwort, Poppies and White Dead-nettle. Large numbers of snails were clinging to the nettles. I wonder why they climb up like that? 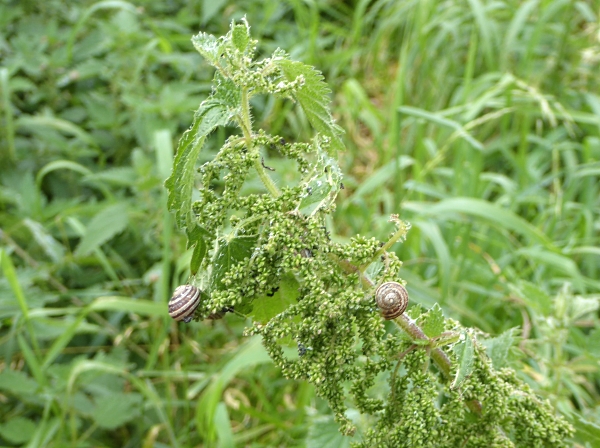 Along Marshside Road we usually see lots of birds on the grass and in the gully, but it was all very quiet, with just cows doing conservation grazing and some small flocks of Pink-footed Geese dropping in. But there were more flowers to note – Evening Primrose, Comfrey, Yarrow, Tansy and this distinctive raggedy-looking “dandelion” which is Perennial Sow-thistle Sonchus arvensis, also known as Corn Sow-thistle or Field Milk-thistle. We get ten points for that, taking us up to 1110. 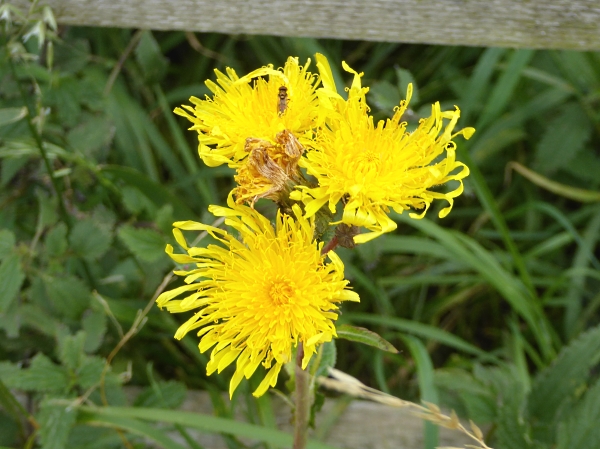 There were a few more birds on the southern side of Marshside Road, including Greylag Geese, a few Curlew, some Black-tailed Godwits and the ubiquitous Mallards. Perhaps it was the man noisily strimming the long grass that was making most birds lie low. On the path down to Sandgrounders hide we found a small brown toad about three inches long, heading for the grassy verge. Not a Natterjack, because it had no yellow stripe down its back, so it was just a Common Toad. 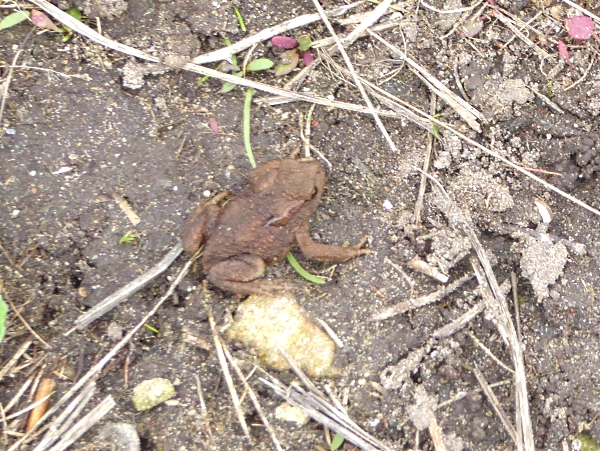 Sandgrounders Hide was empty, and there weren’t many birds on the water outside, either, just Shelduck, Shoveller, Teal, possibly some distant Gadwall and a large flock of Black-tailed Godwits on the far side. No sightings for that day (Sunday) had been entered in the hide record book. 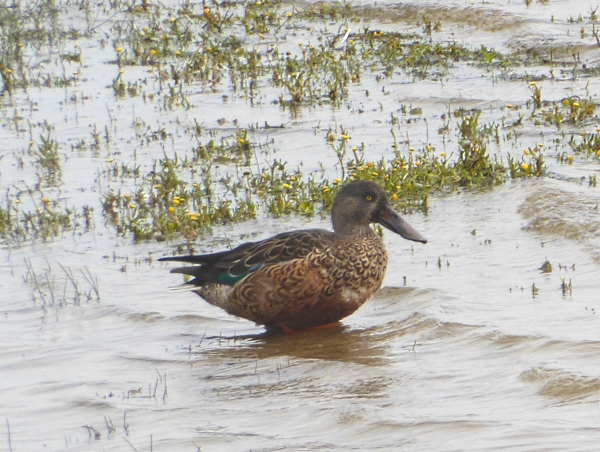 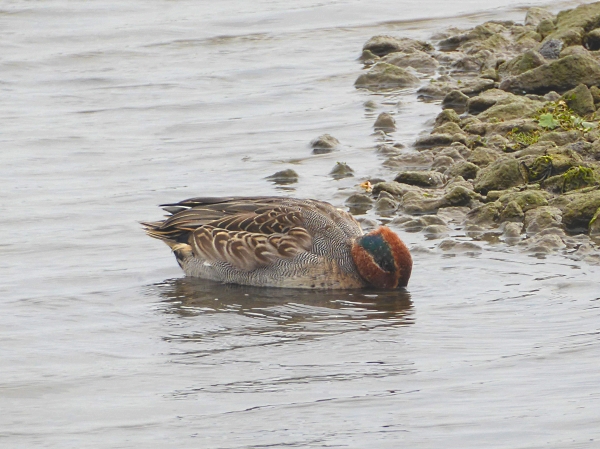 Yesterday’s (Saturday’s) sightings included five Cattle Egrets from Nel’s Hide, and, to our amusement, someone had written “Golden Eagle, 8”. I think there would have been a huge scrum at the hide if that were true!

On the way back up to the road we kept a lookout along the bank for the plant Black Horehound, which I’d seen there once before, and would have been worth 30 points, but no luck. There were plenty of Michaelmas Daisies though, and I spotted this web of the Nursery Web Spider but there were no interesting spiderlings to be seen. 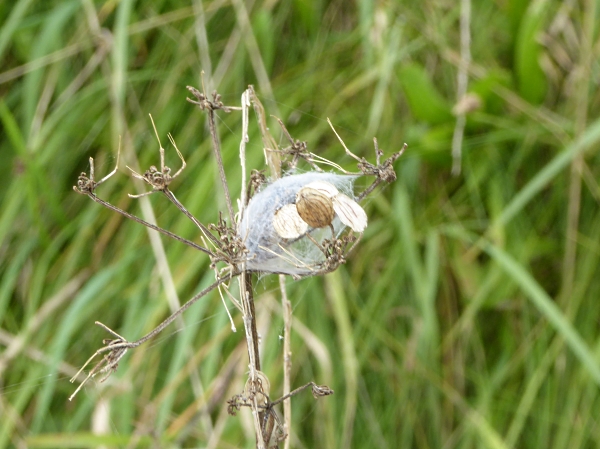 There are several Spindle trees flanking and overshadowing the path down to Nel’s Hide, and they have fruited very well this year. 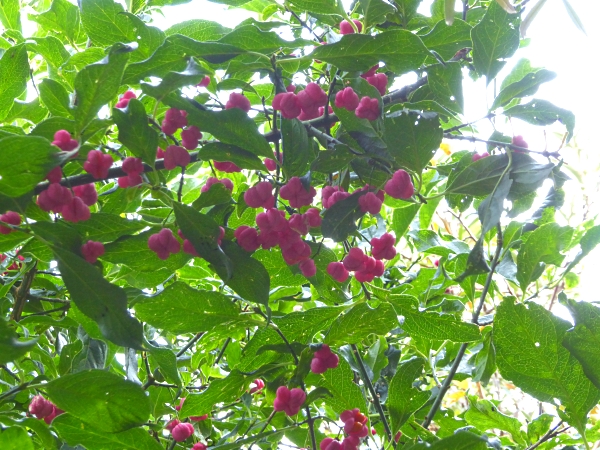 There was a large flock of Godwits on the far side, with some Golden Plover next to them. The usual Shovelers and Lapwings. Near the water’s edge were two Little Egrets, with their black beaks. 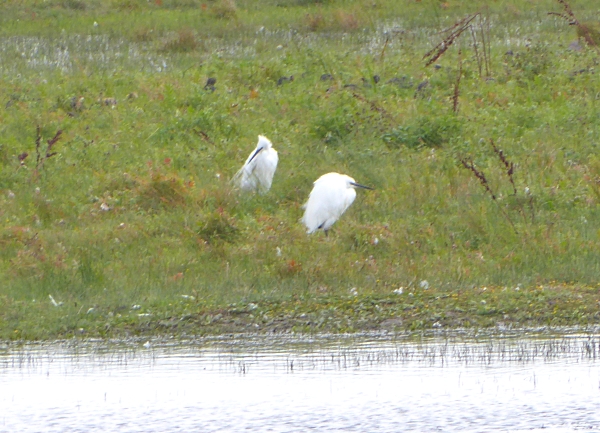 The star birds were the Cattle Egrets. Five had been reported the previous day, but there was still definitely one, probably two, and as their name suggests, they were closely attending the grazing cows. 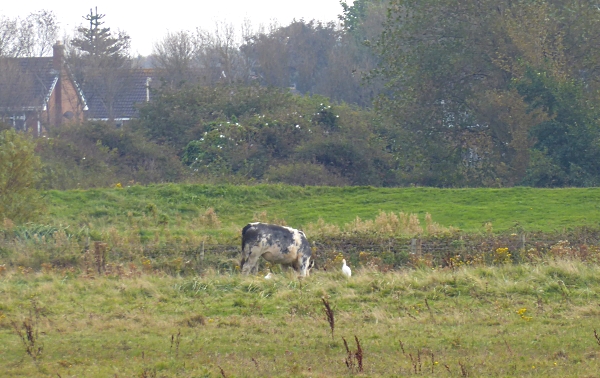 Our last wildflower was spotted as we returned to the bus. It was a clump of low pink flowers with frilly leaves (doubly pinnate), growing next to the path, and I think it was Common Storksbill. 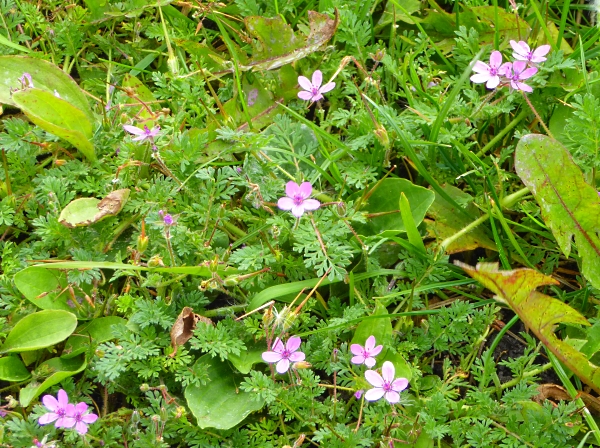 Public transport details: Train from Liverpool Central to Southport at 10.08, arriving 10.55. Then bus 44 from Hoghton Street, stop HC (opposite the Little Theatre) at 11.20, arriving Elswick Road / Preesall Close at 11.30. Returned on the 44 bus from Marshside Road / Elswick Road at 2.25, arriving Southport at 2.38, then the 2.58 train from Southport to Liverpool.