Stanley Park wasn’t quite at its best, with the massed Daffodils of the Field of Hope all gone, and  the formal beds yet to come into their peak flowering.  It was quite a grey day too, overcast and warm, but with a blustery wind and occasional sharp showers. 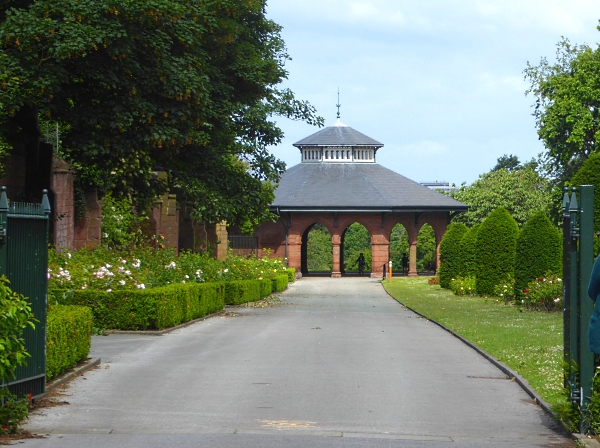 One splash of colour was provided by some Poppies on a wild bit of grass verge. 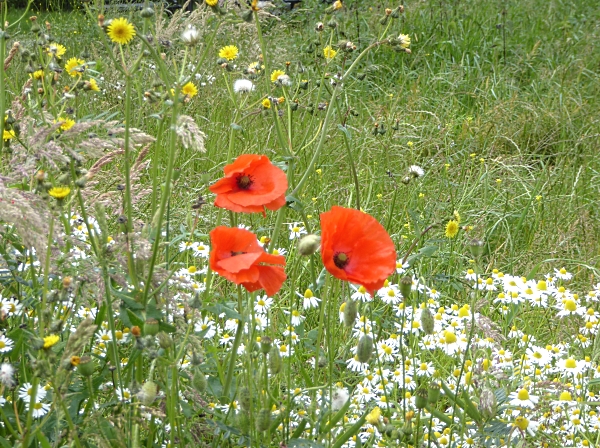 I spotted one of the trees from our I-Spy list, known as False Acacia, Locust Tree or Black Locust, Robinia pseudoacacia. Its leaves are pinnate like Ash or Rowan, but it bears flowers like a Laburnum, on pendulous racemes, but they are white not yellow, and much shorter. 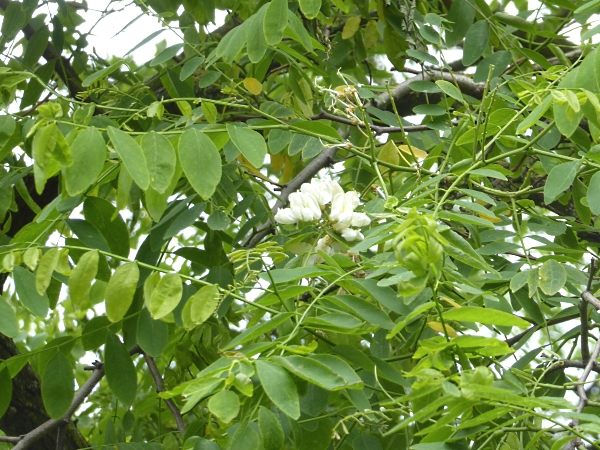 There were Swallows over the open fields and Canada Geese, Mallards and Coot on the lake.  The fishermen had their tents pitched all along the edge, and on the far side we saw some very big fish lurking in the shallows, easily a foot (30 cm) long. Foraging along the edge was a Grey Wagtail. 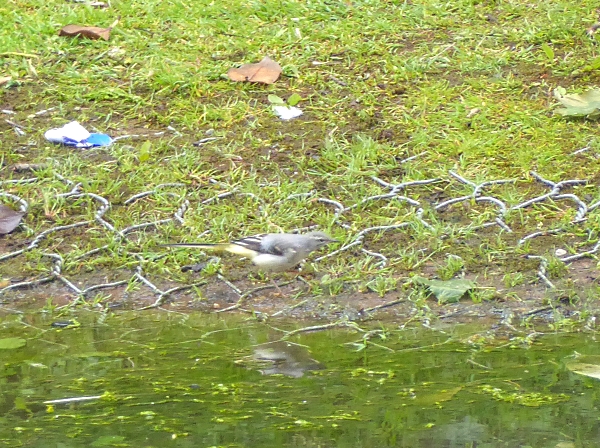 In the wider reaches of the lake was a bird with a bright orange-yellow head. We think it was a male Red-crested Pochard, possibly the same bird that John saw on Walton Hall Park lake in February. 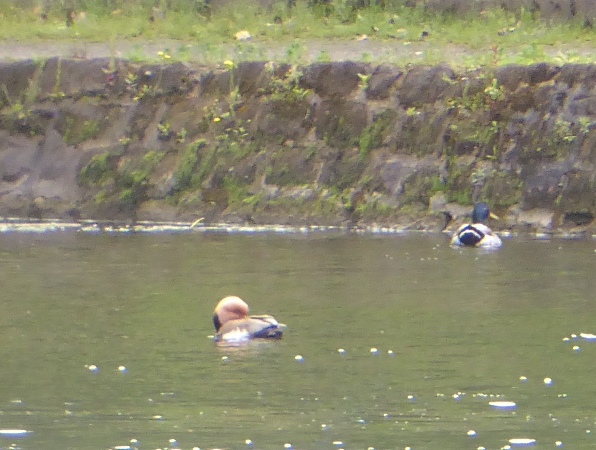 I was fascinated by a row of Lime trees, which had the remains of their flowers sticking out at odd angles, and I think they might have been Small-leaved Limes. All the illustrations in the books show this.  Later we saw what must have been the Common Lime, which had its flowers all pointing down. Regrettably, neither tree is on the I-Spy list and we must wait for the much less common Large-leaved Lime to claim any points. 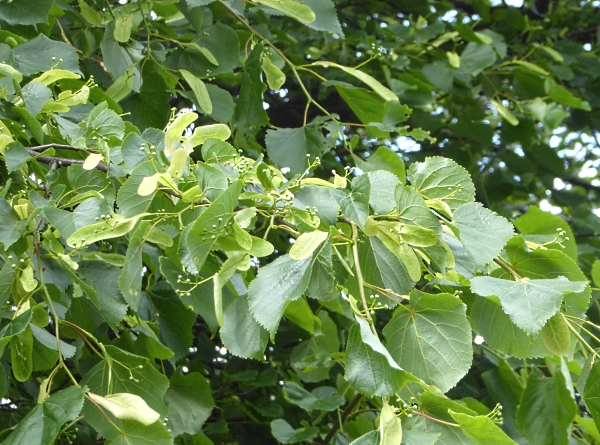 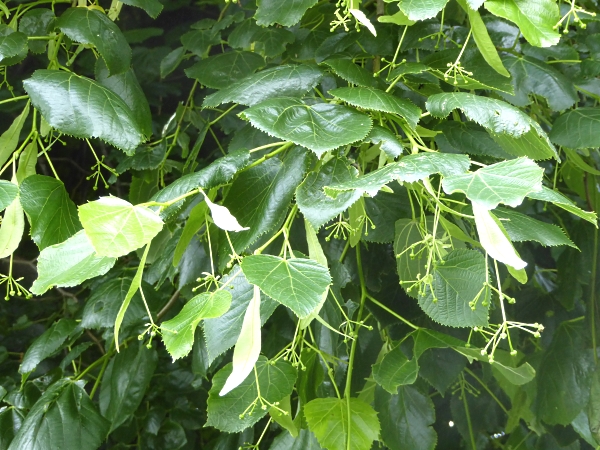 Flowers hanging down – so Common Lime

Near the circle of old Plane trees we heard a loud wheeping bird call, which we were convinced was made by a Nuthatch, but when we spotted the bird making the noise it was a Chaffinch!  One Swift flew high overhead. Near the island in the lake a pair of Great Crested Grebes were loitering, but they had no stripy chicks with them. The nest was there behind them, with bits of brightly-coloured litter attached, but their clutch must have failed. 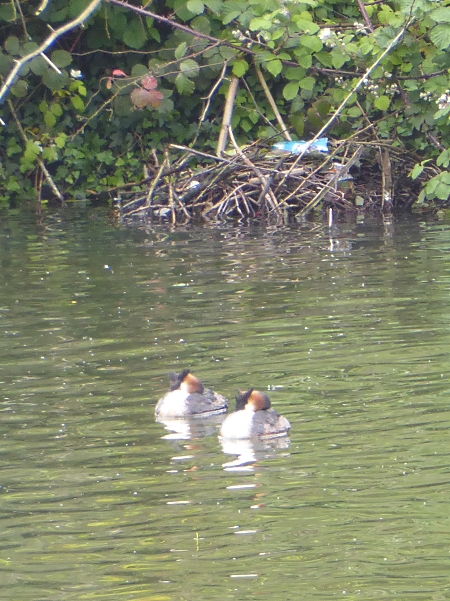 The Coots had done better, and here are two youngsters on their nest. 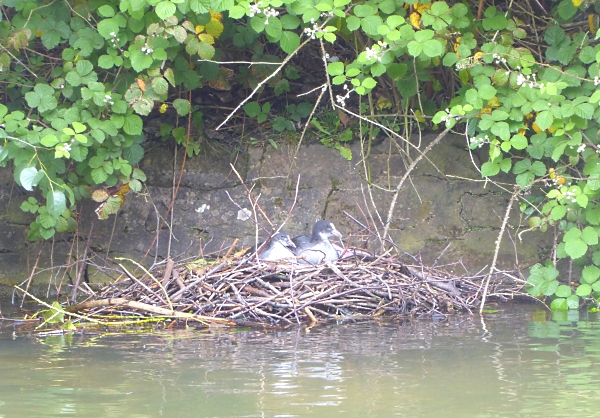 There were several trees with long dangling strings of seeds, blowing in the wind. They were the Caucasian Wingnut Pterocarya fraxinifolia. 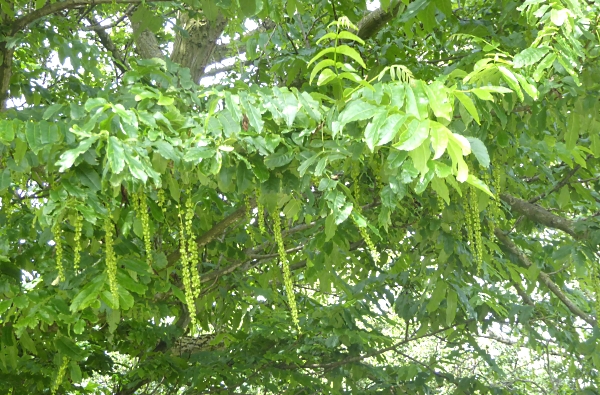 We lunched by the Isla Gladstone Conservatory, and were treated to cake by Bill, who was 90 that day and is still going strong. In March this year the World Economic Forum publicised the Japanese custom of “Tree Bathing” and the health benefits of being around trees and forests. Bill appears to be a beneficiary of the effect.

Then we walked along towards the Cemetery, spotting half a dozen Goldfinches on the flowerbeds and a Mistle Thrush on the wall. In Anfield Cemetery we noted the old VC graves, the ruined catacombs, and we looked unsuccessfully for the gravestone of William Herbert Wallace and his wife Julia. He was convicted of her murder in 1931, but the verdict was (uniquely and controversially) overturned on appeal, and now it is generally accepted that he didn’t do it. 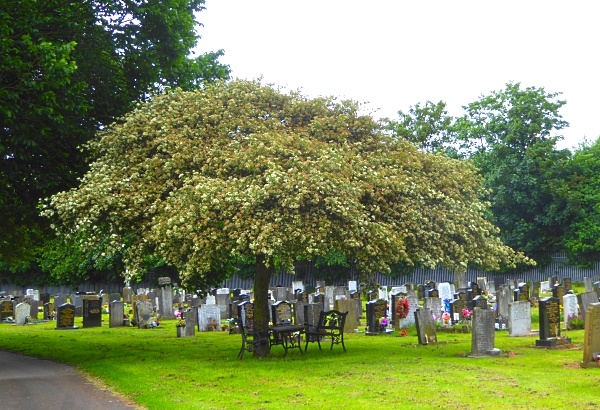 There were Grey Squirrels all over the cemetery. My eye was caught by this shapely little tree with white blossom just going over. I have no idea what it was. The flowers and leaves looked like Common Hawthorn, but there were no thorns, it was flowering too late, the faded flowers looked quite unlike Hawthorn and the tree shape was wrong. I speculate that it was some sort of Hybrid Cockspur Thorn, but that’s just a guess. 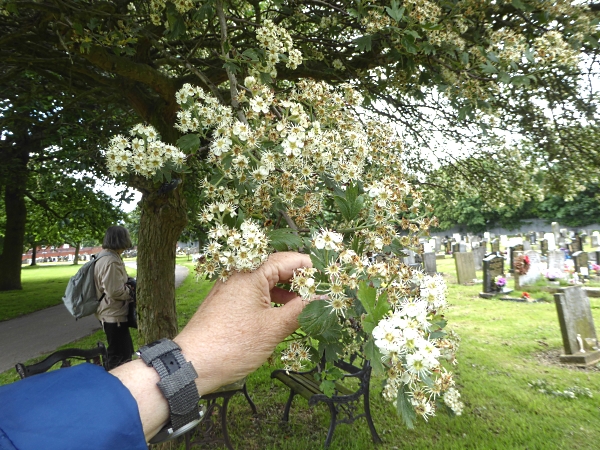 New birds for the group today were Swift (15 points), Grey Wagtail (20) and Great Crested Grebe (15), which makes 50 and takes our total to 1285.
Flowers: Just the Common Poppy (10) taking us to 420.
Trees: Today we added the False Acacia / Locust Tree / Black Locust (25). Last week on the way to the Cathedral Flower Festival the group passed the Foxglove Tree in Henry Street (25) but were too late for its flowering. Our total is now 930. 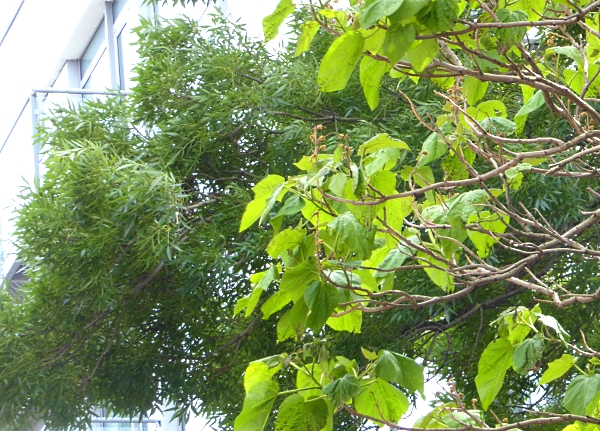