Our first walk this year was supposed to be a charity walk on the new Broom’s Cross Road, in aid of Jospice, but local press advised that it was “off” because the construction company hadn’t made sufficient progress with the road surfacing, due to the bad weather over the holiday. It was an overcast, gusty and chilly day, so we decided to go to Port Sunlight instead, where there is always  somewhere warm to retreat to.

A few days ago there was a piece on the BBC website about a record number of flowers in bloom on New Year’s Day.  We decided to take particular notice of any we saw. Our first was in Port Sunlight Dell, a Shepherd’s Purse on the steps, followed by an unidentified shrub and some Elephant Ears (Bergenia). A quince bush bore fruit, but no flowers.  There were Jackdaws, Magpies and Starlings on the grass and a Black-headed Gull overhead. On the bank the first Snowdrops were just coming out. 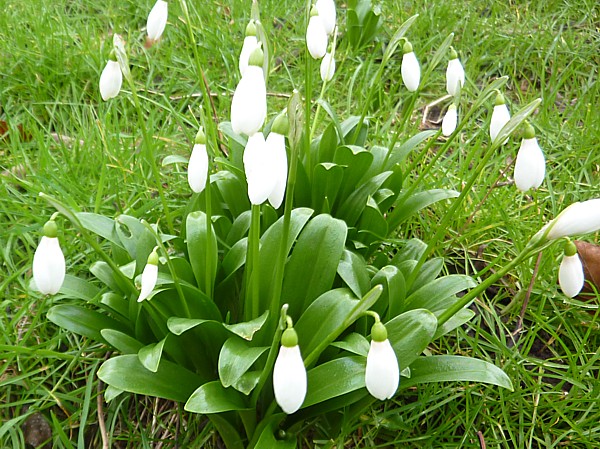 There are interesting trees in the Dell, and we noted the Honey Locust with the thorns on its trunk, and a Tulip Tree next to it.  There was a scattering of old fruits on the ground below. 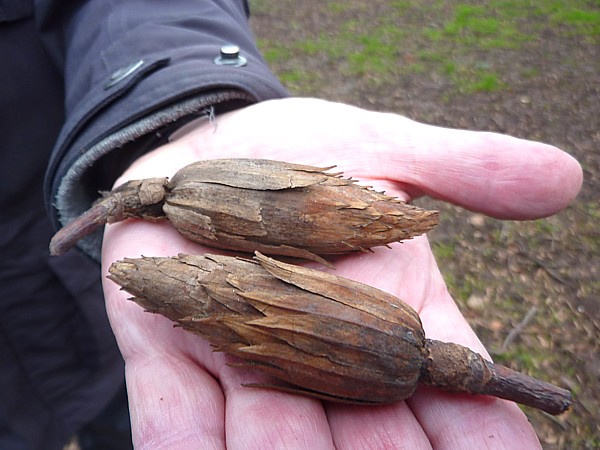 Here’s a link to an irresistibly cute picture of a Red Squirrel with a Tulip Tree fruit.

There were Goldfinches, Chaffinches and Long-tailed Tits in the trees. A Magnolia had tight hairy buds, but no flowers. However, the winter-flowering Viburnum bodnantense was out, with clusters of strong-smelling pink flowers. 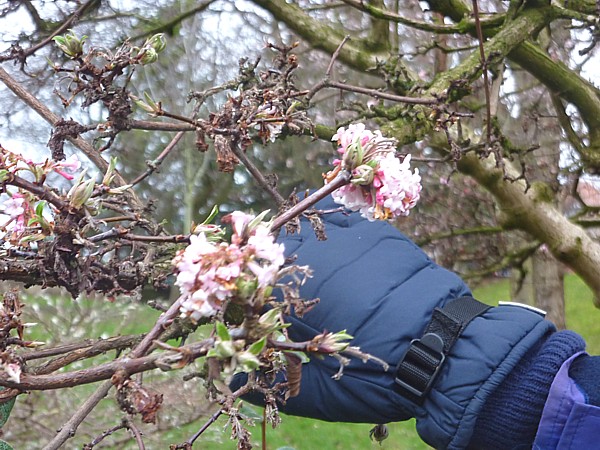 There was also an early flowering Cherry and the Mahonia was just coming out. 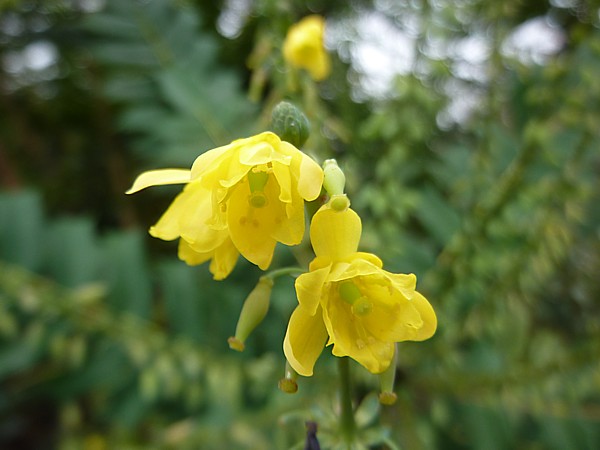 Another bank had the first buds of yellow Crocus. 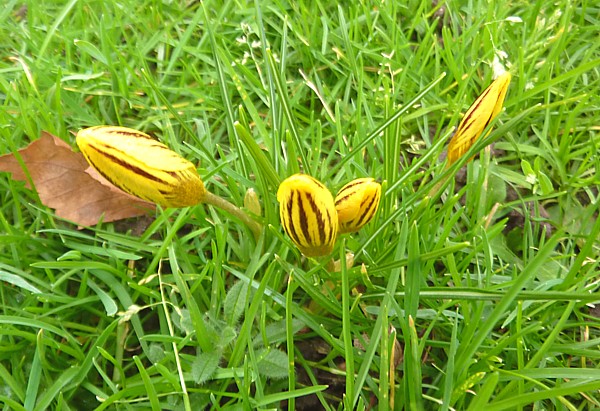 The Blackbirds seemed to be pairing up, and John said he saw Mute Swans yesterday at Marshside getting excited. We headed past a planted flowerbed of Polyanthus and Bellis daisies. Inside the Garden Centre there was a gnarled old Olive tree in a big pot. 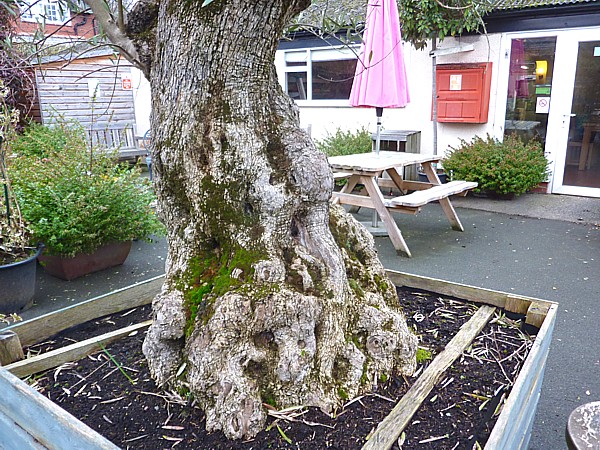 Outside we noted the Indian Bean tree, and also found what appeared to be a box of faded cut mistletoe, put out for the bins. One of us collected several berries to try on an apple tree in the garden. The flower beds outside the Garden Centre had Cyclamen and Hellebore in bloom. 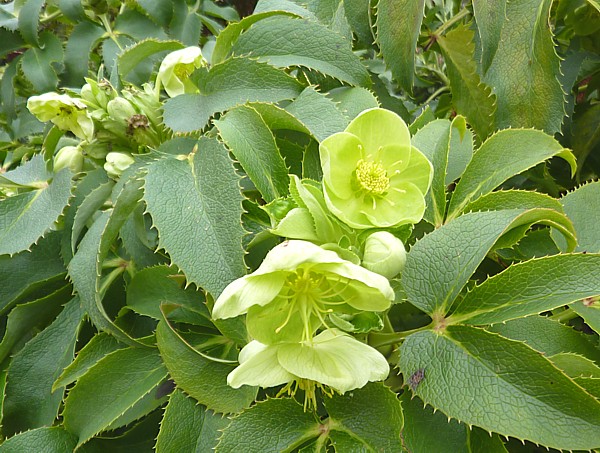 On the lawn near the Hillsborough Memorial a simple wild Daisy was in flower. Flower count for the day was 13, but only two of them were native wild flowers, the rest were cultivated plants of one kind or another. 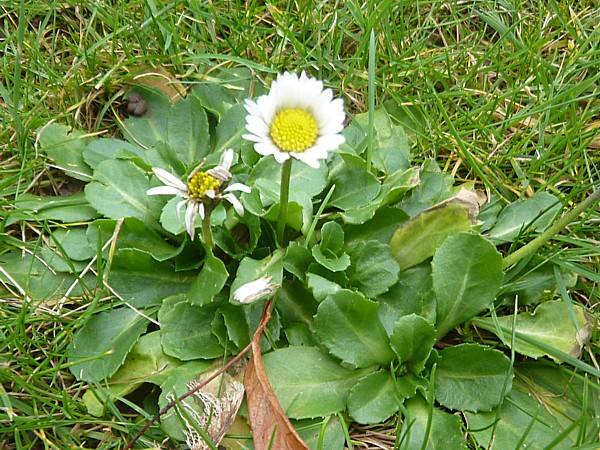 Then we were too cold, so we withdrew into the Lady Lever Art Gallery to see the exhibition of 1920’s frocks, some of them being costumes from Downton Abbey.