It was overcast and mild today, 15 or 16 degrees, but with a strong breeze.  Our first bird of note was a Buzzard over Bidston tip, seen from the train. In West Kirby the Mahonia was blooming in the brief sunshine, and a big Ivy in Sandlea Park still had many small flies and hoverflies on it. It was very blowy down by the front. The windsurfers were having a wonderful time, leaping and turning in the strong gusts. 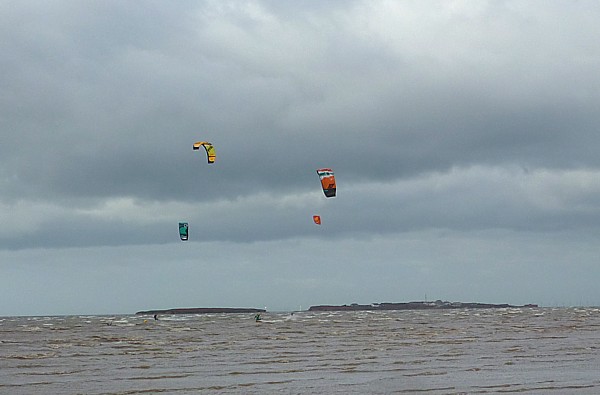 We were just before a high tide (9.02m at 11.57), built up by the wind. Many birds had been blown over from Hilbre by the strong onshore winds. Next to the marsh there were lots of Oystercatchers, several hundred Starlings in the reeds and about 40 Pale-bellied Brent Geese sheltering on the water margin.  A biggish jellyfish had been stranded on the beach, possibly a small Barrel jellyfish, Rhizostoma octopus, although I wouldn’t  insist on the identification. 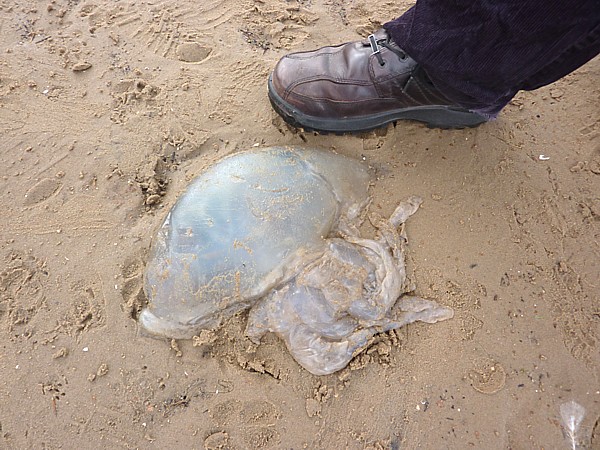 By the Dee Lane slipway we enjoyed an RSPB poster, showing the lengths of bird beaks and what they could reach in the sand. 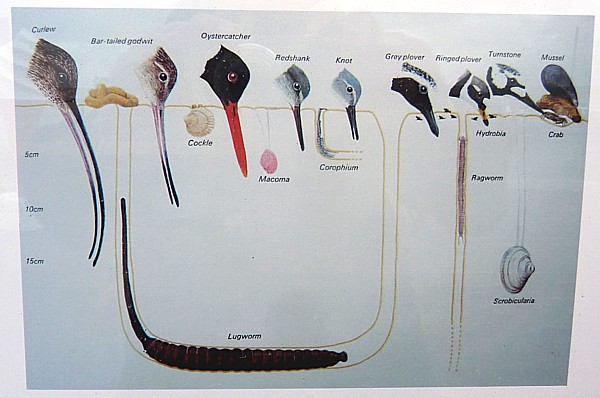 We walked south along the prom, enjoying the sound of the wind wailing through the masts and rigging of the ships at the sailing club. There was spray splashing up onto the prom and a dead bird in the surf, probably a Magpie. 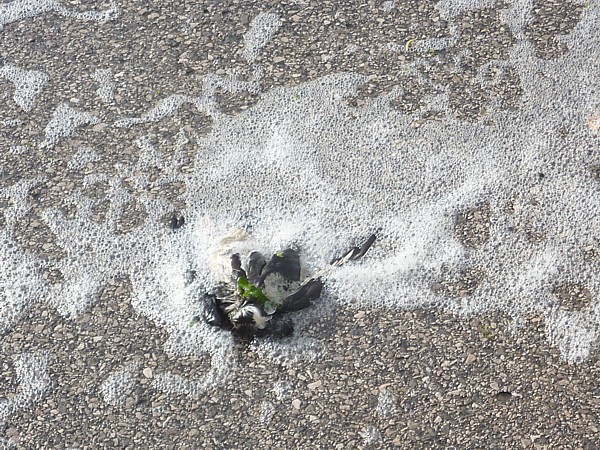 We headed for the shelter of Victoria Park for lunch, spotting a Pied Wagtail on the bowling green and a late flowering Cordyline or Yucca spike. 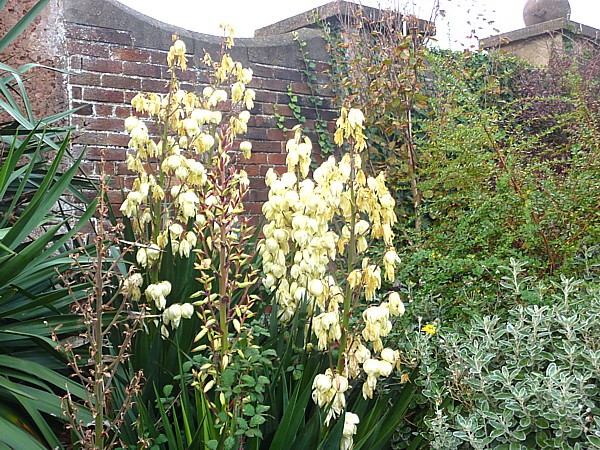 There was Ivy-leaved Toadflax blooming on a garden wall in Victoria Drive as we headed up to Ashton Park. People were still feeding bread to the birds despite notice about Angel Wing. Park birds included Mallards, Pigeons, Black-headed Gulls, Moorhens, Coots, Greylag and Canada Geese, and many young Herring Gulls. We think we spotted first, second and third year birds, but  no adults. 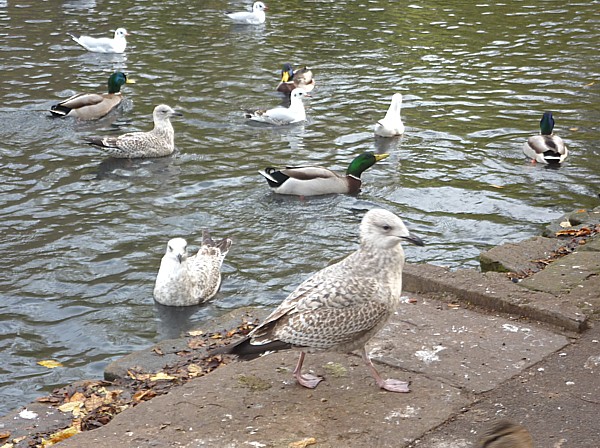 On the path were painted representations of the planets, with the arc of the sun across the path at the far end to show their relative sizes. The distances weren’t to scale, though. The outer planets would need to be several miles away.  In the Upper Park were a party of Long-tailed Tits, a Jay, a Blackbird and several Magpies. 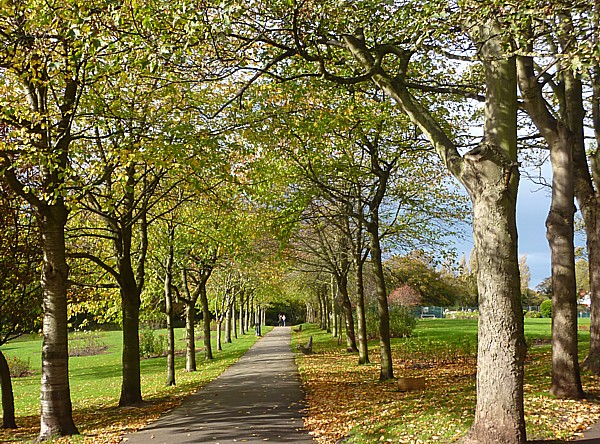 The clocks changed last night, but the clock of St Bridget’s struck 12, even though the face was showing 1pm. They seem to have adjusted the chimes backwards by two hours, not one. One unusual gravestone was for David Donaldson Wynn-Williams of the Antarctic, whom I looked up. He was a polar microbiologist, born in West Kirby. 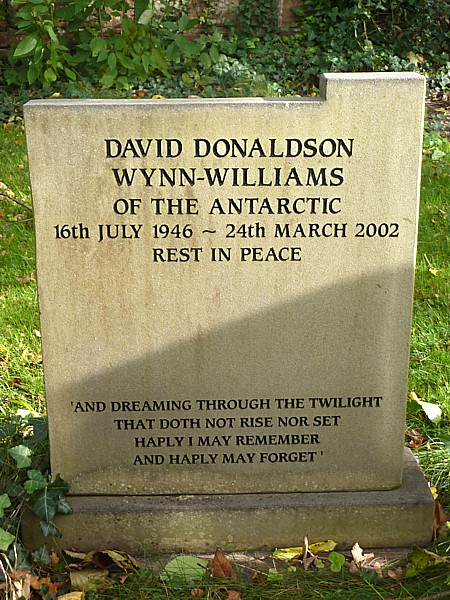 There were lots of Harlequin ladybirds crawling about on an “Old Rugged Cross” gravestone, which was carved like wood bark but, frustratingly for them, had no under-bark crevices for them to get into. There was a larva, too, which seemed quite late.

We walked back along the Wirral way, and saw the West Kirby Lifeboat and its tractor coming out of the garage, having just topped up its petrol. 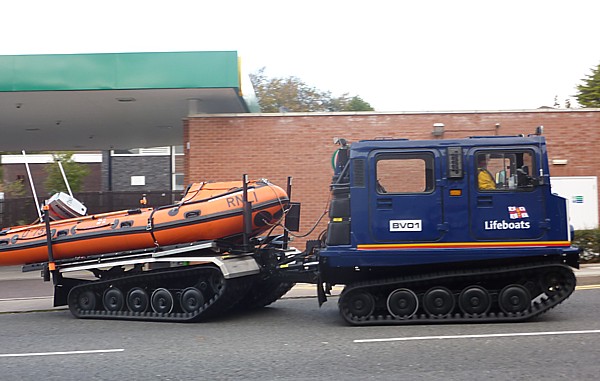