Ainsdale to Freshfield on the Woodland Path, 19th October 2014 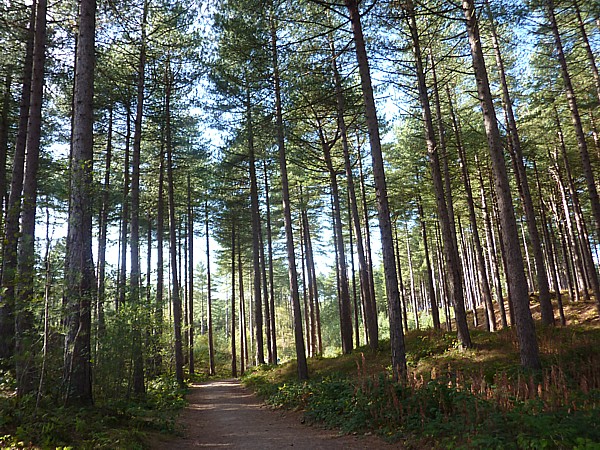 The day started with a blue sky and a fresh breeze, and I took the opportunity to look at the leaves of the Gingko trees in Williamson Square, whose green is now bordered with gold. 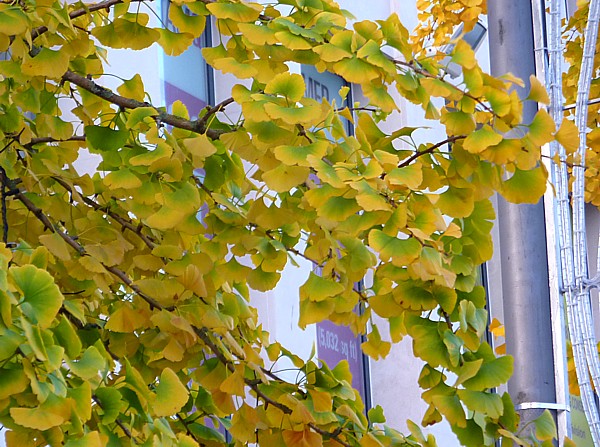 From Ainsdale Station we turned south along Mossgill Avenue and kept going south on the Woodland Path, (white spots on the map). 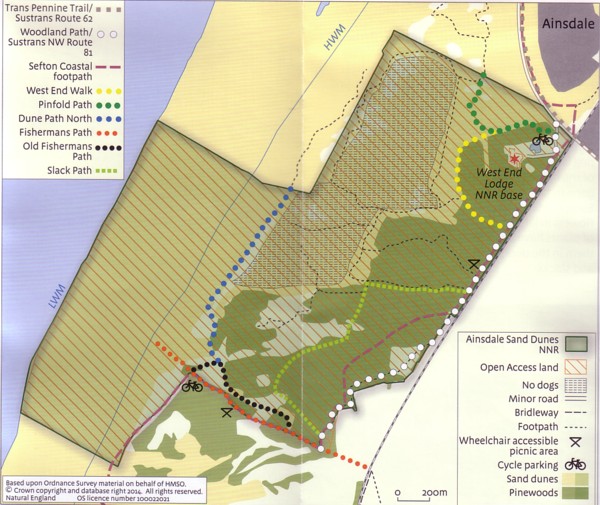 There were still some plants in bloom along the borders of the path. Evening Primrose, Ragwort, Scarlet Pimpernel, White Campion, Harebell, Red Clover, late Bramble flowers, and Common Storksbill. 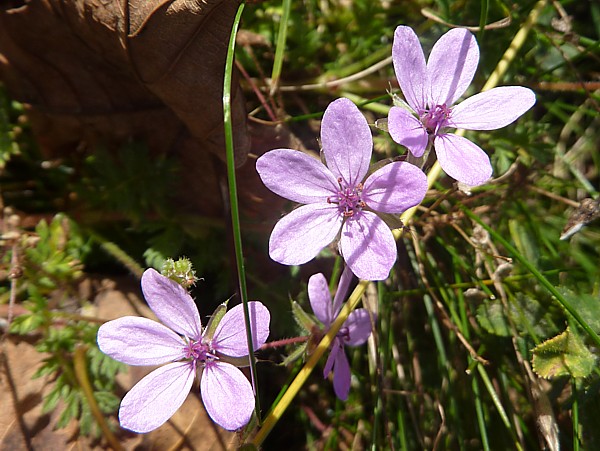 We noticed the leaf rosettes of next year’s Mullein, which are very soft and furry. Someone said that birds sometimes pick pieces from the leaves to line their nests. It certainly felt snuggly enough!  Big clumps of Weld were still in flower at the tips, although they are only supposed to bloom until the end of September. As they say, it hasn’t read the book! The plant was formerly known as Dyer’s Rocket and was used for a yellow dye. 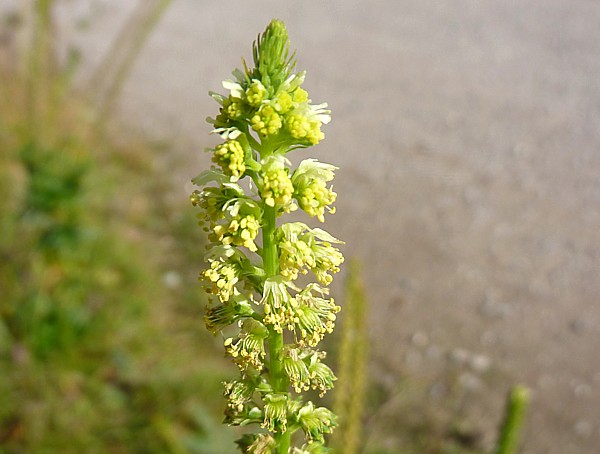 The path has been designated the “Butterfly Route”, but this late in the year we saw just one Red Admiral still flying, an unidentified distant moth and an unidentified speedy dragonfly. Near a gateway a very sluggish Queen Bee was crawling right in the middle of the path with walkers, bikers and dogs all going past. John rescued it on a twig and deposited it safely in the undergrowth, where it can overwinter in comfort. 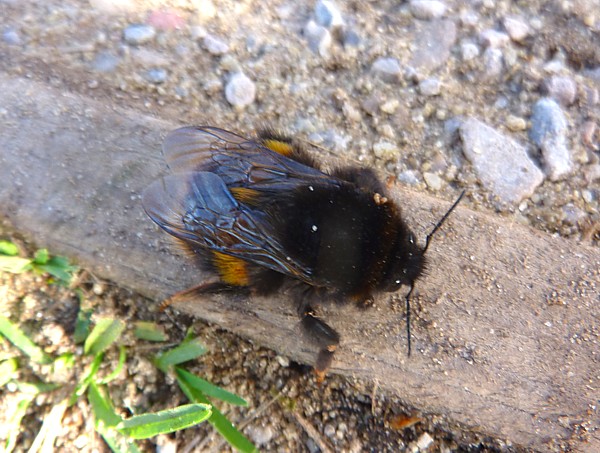 By the time we reached the picnic tables we were all too hot and stared peeling off layers. An enterprising Robin, knowing that people sitting down means lunch, came right onto the tables to forage for crumbs, which we obligingly supplied. 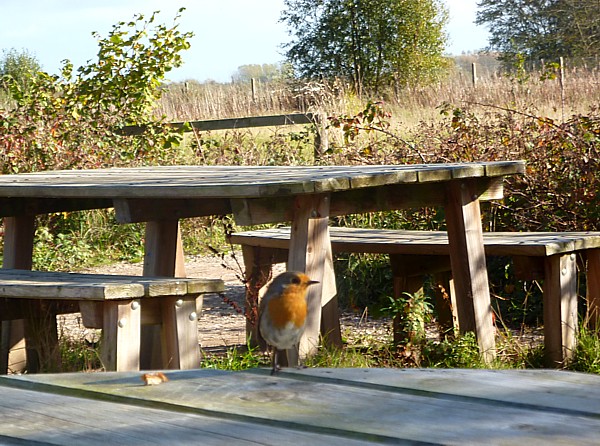 Bird life was very sparse, with Magpies, Jackdaws and Gulls overhead, a few Blue Tits in the woods, and two Carrion Crows scouting on a grassy verge, but we couldn’t see what they were looking for. 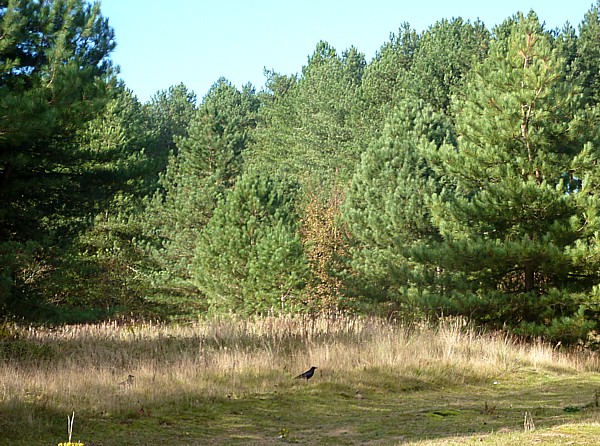 Some wild Asparagus plants were going autumnal on the edges, and one bore red berries. Will they grow into harvestable Asparagus in the garden? One of us plans to try it! 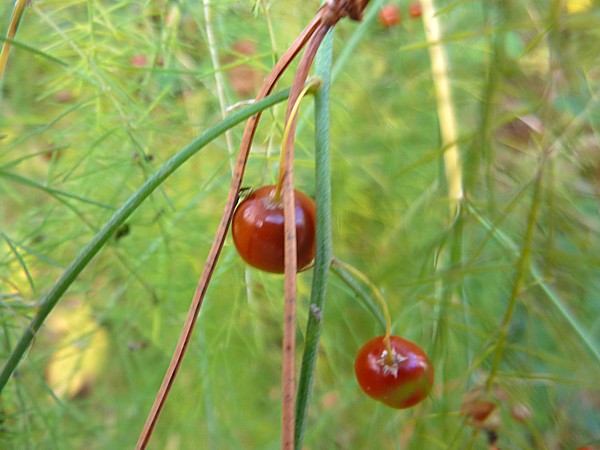 On a damp bank was a good crop of the fern Common Polypody with its rows of spore- bearing organ called sori. 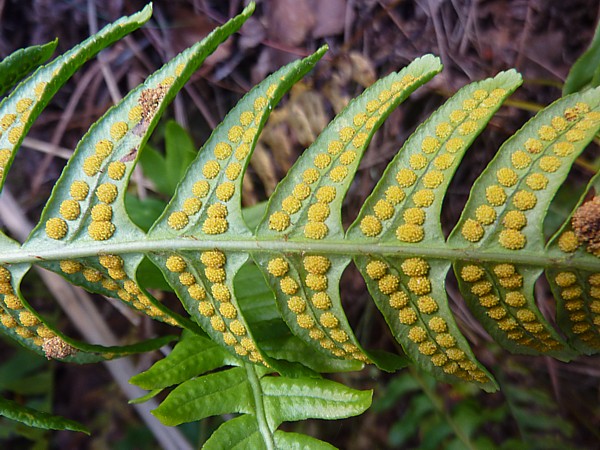 Below the ferns was Liverwort, and some tiny toadstools, just an inch high and half an inch across. 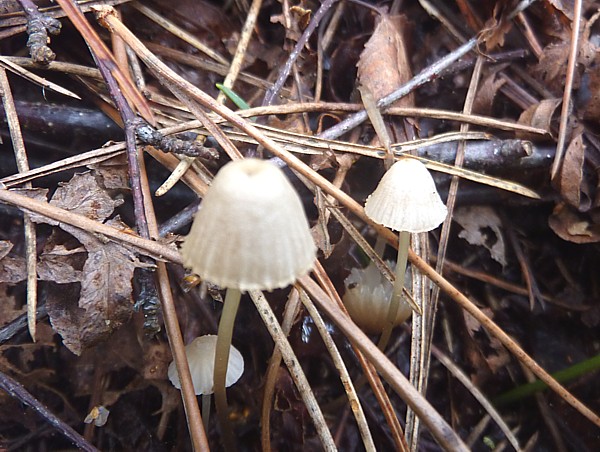 We crossed the golf course, negotiated the level crossing and thus into Freshfield. There has been a good crop of Rowan berries this year. 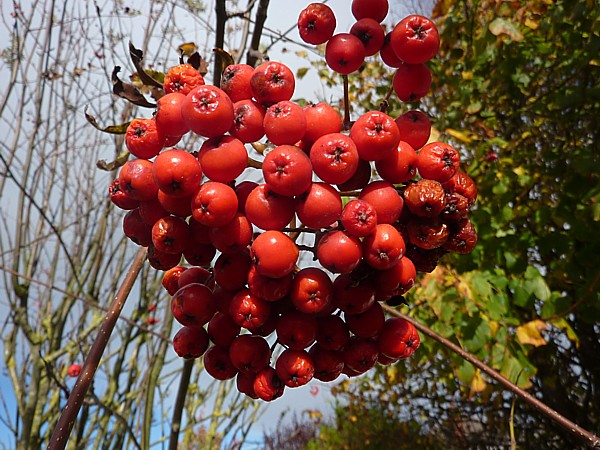 On the way home, dark clouds and a gusty wind were getting up. We are promised some storms later in the week.

Public transport details: Southport train from Central Station at 10.23, arriving at Ainsdale at 11am. Returned from Freshfield station at 14.11, due Liverpool city centre at 14.50.