The heatwave continues, and when we arrived at Freshfield station there were hordes of people getting off the train and heading down Victoria Road. We made a swift left turn onto College Path and took the footpath running through the houses to Blundell Avenue.

In the gardens we noticed a pretty Lace-cap Hydrangea, some yarn bombing on the corner of St Peter’s Avenue and a Blackbird on some unripe fallen cherries. At the electricity sub-station a passer-by pointed out a sign saying there was once a WWII army camp nearby, and the Chindits of the 13th Bn. of the King’s Liverpool regiment trained there before going out to Burma in 1942.

Near Sandfield farm we passed their asparagus fields – some had been harvested and some had rows of plants left to go to seed. 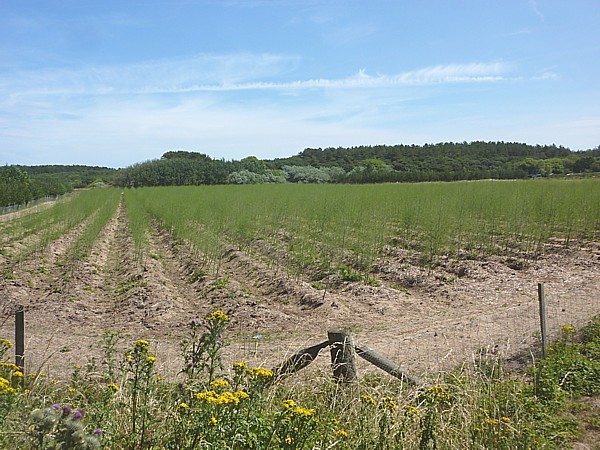 Along the dune footpaths we spotted our first caterpillars of the Cinnabar moth on Ragworts. 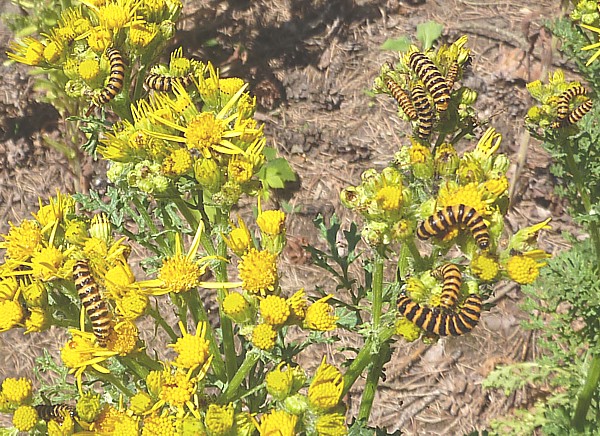 The sun brought out butterflies, including a very small one like a Skipper, and we also spotted Meadow Brown, a Red Admiral and Common Blue. By the side of a large clearing, amongst the copious fluffy seeds of a poplar tree we spotted an insect dragging along a small dead grasshopper, perhaps an inch long (2.5cm). On this picture the grasshopper is at bottom right and its captor is at the top left, with two black shiny eyes. 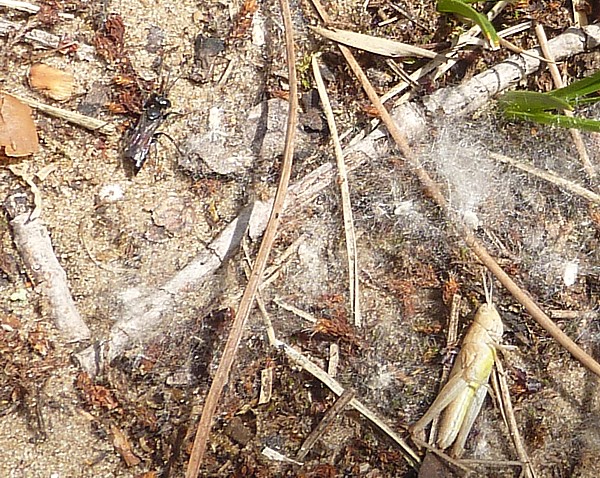 We first thought it was a large ant, but on reflection it was probably a small parasitic wasp. It was tiny, about half an inch long (10 – 12 mm). When we got close it seemed to leap away, but it was quite determined to have its prey and found it again quite easily after we had picked it up and put it down again. Was the poor grasshopper not dead but just paralysed? Was it being dragged off to a burrow to become the live food for the wasp’s grub? 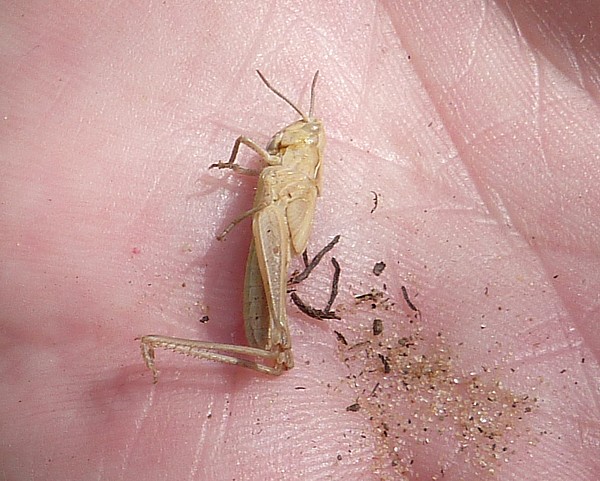 We approached the Red Squirrel reserve from the south. We spotted a Treecreeper and Nuthatch, but the only squirrel we saw was one carved onto a bench. 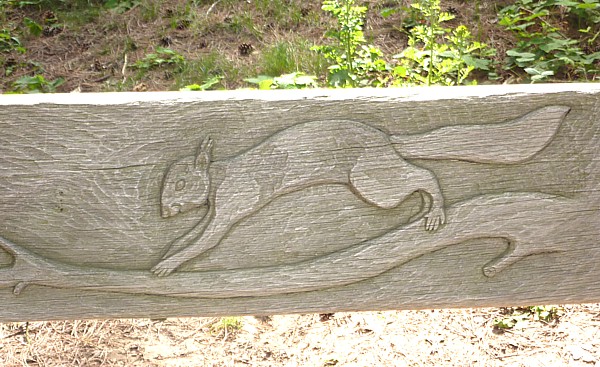 We emerged onto the road by the pay booth and the public toilets. The crowds were bigger than ever, and there were cars queueing half way back to Freshfield Station. At £5 a car, it was a good day for the National Trust. Well done John for finding us a quiet walk on a busy day.