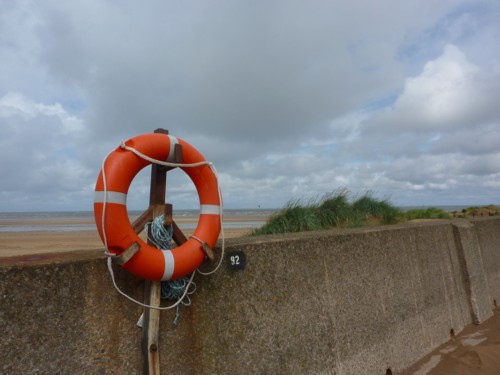 It was raining hard before we set out, but by the time we emerged from the train at Wallasey Grove Road it had mostly cleared up, and we were greeted by a Goldfinch singing on a telegraph wire.

Today’s birds included Magpies, Starlings and Carrion Crows on the grass and Oystercatchers, Redshanks, one Cormorant, Herring Gulls, Lesser Black-backed Gulls and Black-headed Gulls on the beach. Some of the BHGs have nearly lost their black head feathers already. Two big brown LBB chicks were begging from their mother. She got fed up and flew away for a dip in a tidal pool but they pursued her relentlessly. 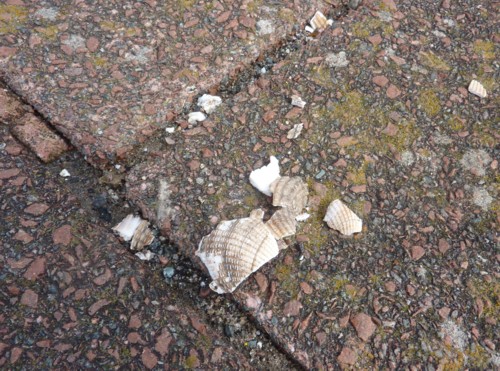 All along the Coastal Drive we noticed the joints in the pavement were full of bits of cockle shell. Have the gulls or crows been dropping them from a great height to break them? A Carrion Crow flew past with one in its beak and we watched it hopefully to see if it would do the trick for us, but it took it over to the grass to fiddle with.

The only butterfly we saw was a Small White, and there were no Cinnabar moth caterpillars on any of the Ragwort. But House Martins were flying about near the Lifeguard station so there must be some insects about.  Parties of Dads and sons were taking advantage of the breezy sunshine to go crabbing, using fresh bacon as bait. It’s the crab’s favourite, we were assured. This weekend was the 11th National Whale and Dolphin Watch. We didn’t see any whales, but near the breakwater a sculptor had carved three pieces of driftwood into a row of leaping dolphins. 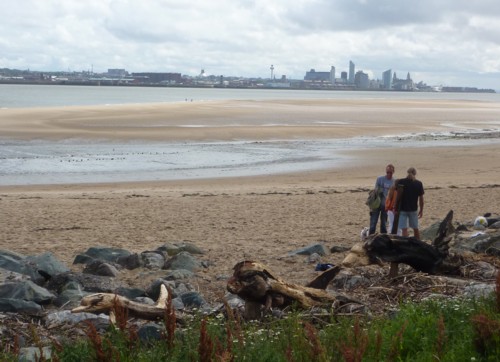