It was a warm, overcast day with a south westerly wind, very humid, but when the sun came out briefly it was very hot.  The wildflower meadow mentioned in the MNA report from 16th July was still in full bloom, and very lovely. Around the edges we spotted Scarlet Pimpernel and Speedwell close to the gound, and we flushed a rabbit! 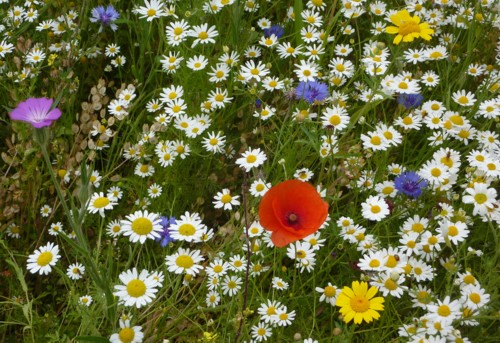 The tide was nearly in, and as it covered the last sandbanks, flocks of Black-tailed Godwits took to the air, wheeling towards the airport like murmurations of starlings.  Also Lapwings, Cormorants, Canada Geese, a Heron, a Kestrel and a Buzzard.

Even though it was still July, there were signs of autumn already. Several Damson trees along Mersey View Road were dropping ripe fruit all over the pavement. Most Rowans now have red berries, and the Haws are nearly ripe. Several young Alder trees seemed to have shed all their leaves and were just a mass of immature cones. But Blackberries don’t seem to be doing very well. Some are ripening, but there are very few berries in each cluster. 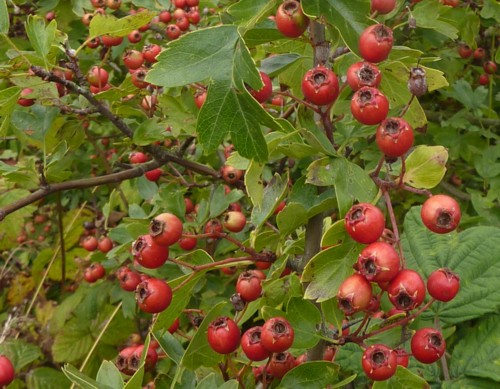 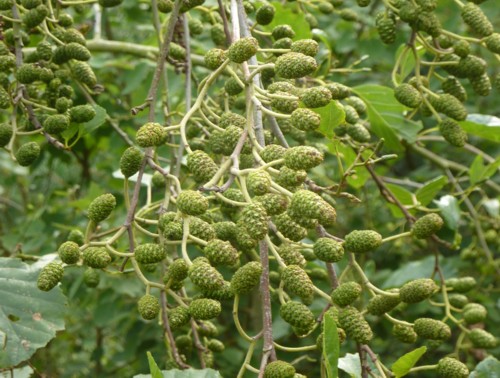 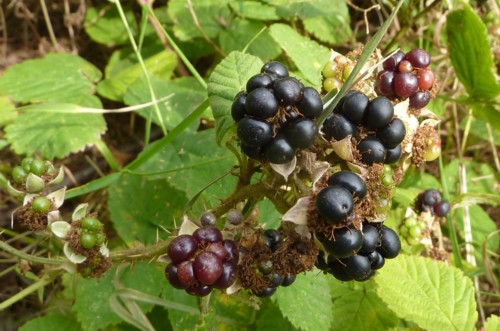 The odd-looking galls on the Crack Willow, mentioned by David Bryant in his previous post, were still there, and we spotted a fine mature teasel head. 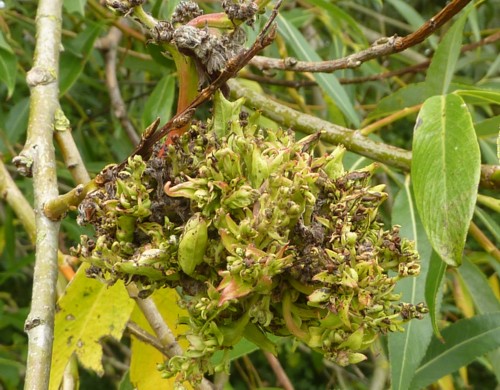 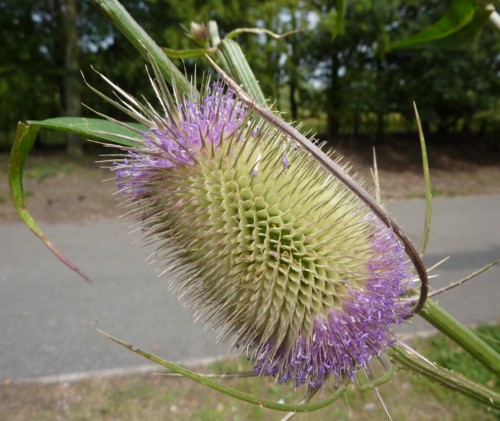 The sun brought out the butterfiles, mostly Commas, Peacocks and Large Whites. John caught some with his net for us to admire. Peter spotted a grasshopper in the verge. One very tiny beast was a little red beetle just a few millimetres long, which landed on John’s binoculars. I think it’s a Red “rumex” Weevil Apion frumentarium, which usually lives on Dock and Sorrel. 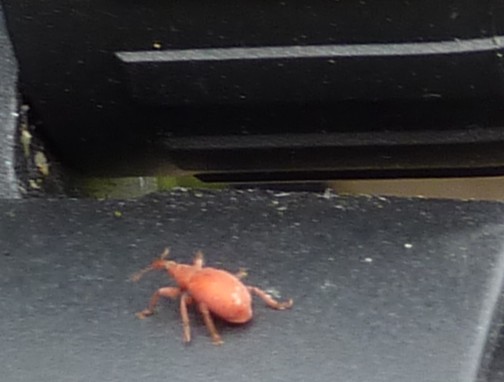 There was some excitement when we saw a black shape in the water, which we thought it was a dead porpoise, but it turned out to be a floating black plastic bag of rubbish. Time to go! We caught the 82A at 2.20, arriving in Liverpool soon after 3pm.