We met at Great Charlotte Street and took the 76A towards Woolton, getting off at 10.45 at the junction of Menlove Avenue / Beech Lane and Cromptons Lane. It was warm, still and overcast. No special birds today, but we saw Wood Pigeons, Crows, Blackbirds and two young Magpies begging food from their mother. There was a Mistle Thrush on one of the lawns, but it was harassed by a Magpie until it flew off. There ought to have been plenty of lawn for everyone!

The Calder Stones are still locked away in their greenhouse, which is now very dilapidated. 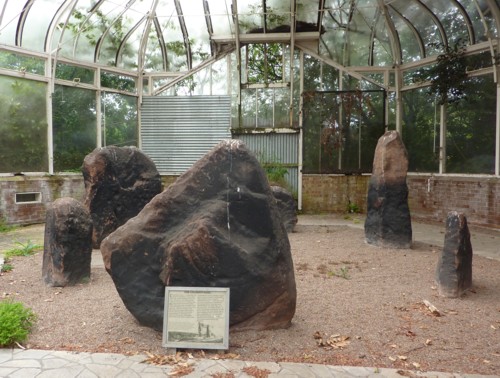 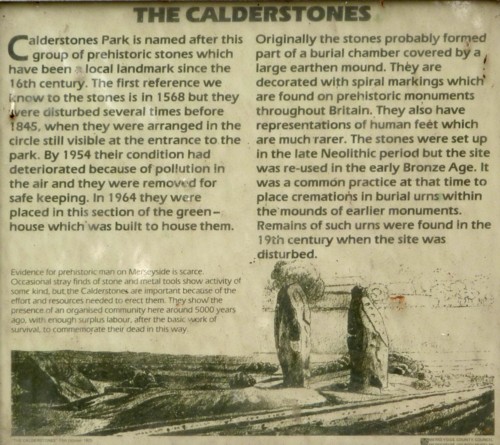 A sprawling tree caught our attention. It had collapsed rather spectacularly in several directions, but was carefully propped up and supported. We couldn’t tell what it was, perhaps some kind of rarity. It had very papery bark, leaves with five separate leaflets and young seeds that looked rather elm-like. Anyone any idea what it is? 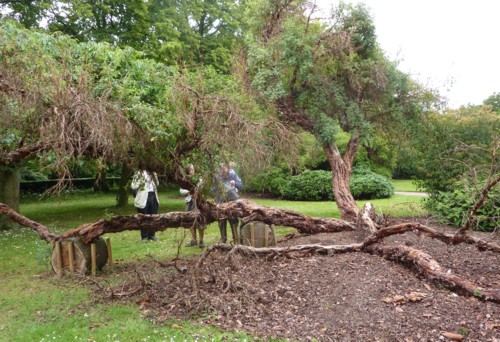 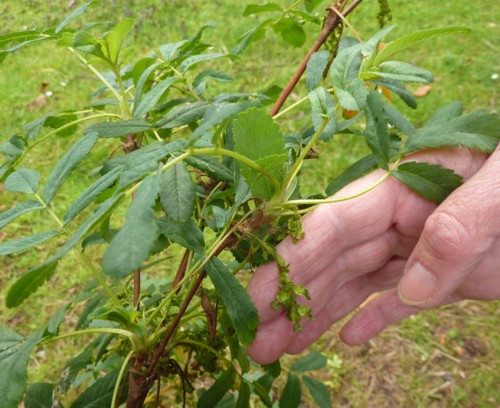 The flowerbeds and floral clock were neat and lovely and we spent some time admiring the Japanese garden. 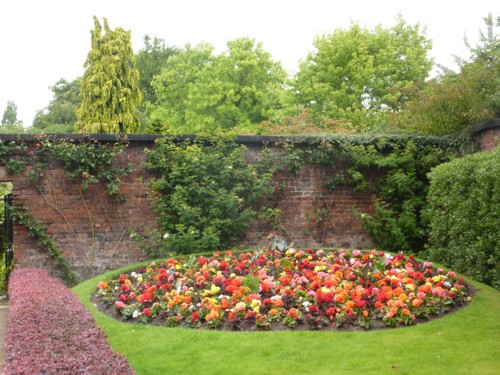 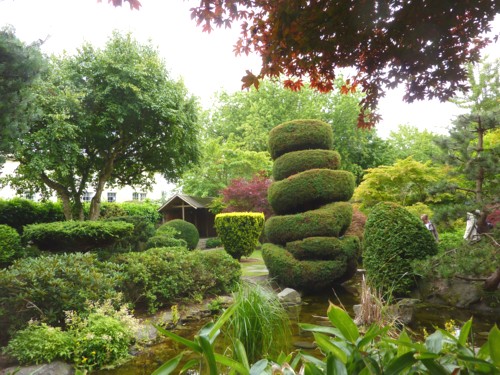 The pond was alive with Water Boatmen. 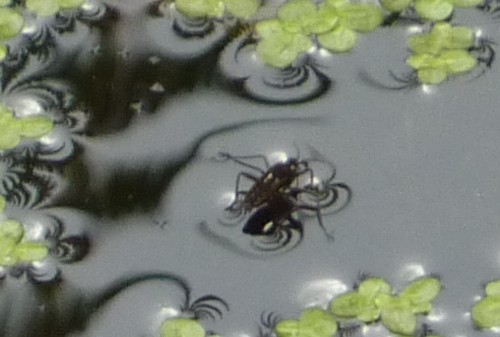 Just before noon the heavens opened, so we sheltered from the torrential rain in the small roofed area in the corner of the Japanese Garden. A Robin and a Dunnock had the same idea and the Robin eyed the crumbs from our lunch with interest. 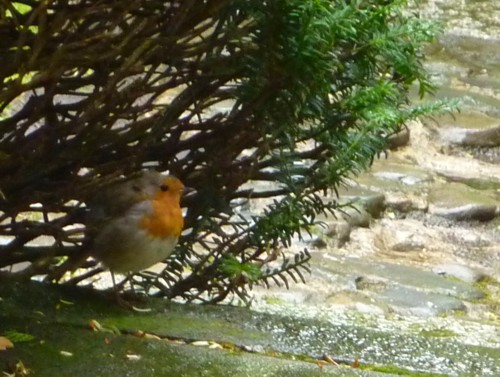 Olive had invited us for a strawberry cream tea, so after the rain stopped we walked down Menlove Avenue, amused by several Beatles-related encounters. A young woman with an American accent asked us how to get to Strawberry Fields, the Magical Mystery Tour bus drove past and we stopped to look at John Lennon’s house, “Mendips”. 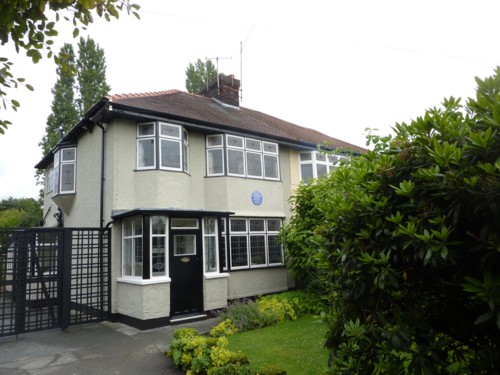 After some excellent home-baked scones (thanks Olive!) we caught the 74 in Woolton Village just after 3pm.