We planned to start the day at the Hoylake Local Food Fair so we took the 10.05 train from Central to Manor Road and found Hoylake Community Centre at the bottom of Hoyle Road. It was very well-attended, in fact it was a bit of a scrum. Local dignitaries included Wirral West MP Esther McVey and several councillors. We managed to get to some of the stalls through the crush, tasted some free samples and by the time we emerged several of us had bought cheese, kale, celery or bacon.
We lunched in the Promenade Gardens, happy that it was dry and fairly warm for late October (about 16°C) although the sun was hidden by clouds. Then we set off northwards, passing the Lifeboat station. The tide was very far out, so apart from a few pigeons on the sand and a few gulls flying over, the only thing we noted was the Spartina grass coming up again on the beach. 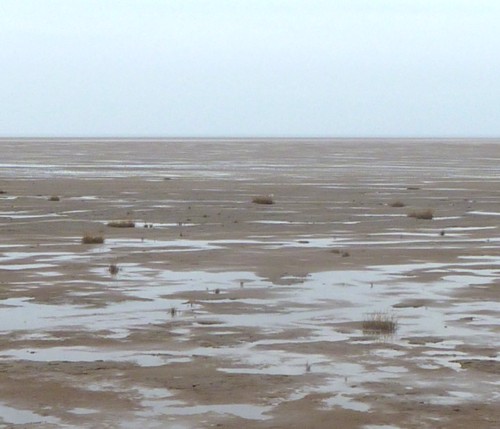 The grass has been of great concern to the locals for some time. In 2008 the Wirral Globe had an article “Dont let Hoylake beach become another Parkgate”, and the Hoylake Junction blog showed pictures in September 2009 and June 2010, the latter showing council workers strimming it.

Towards Red Rocks the prom petered out so we picked our way across the splashy sand and were relieved to reach the rocks and the boardwalk. We spotted a pair of Stonechats on high twigs amongst the reeds and noted some late flowers. There were huge patches of Sea Aster in depressions near the houses. 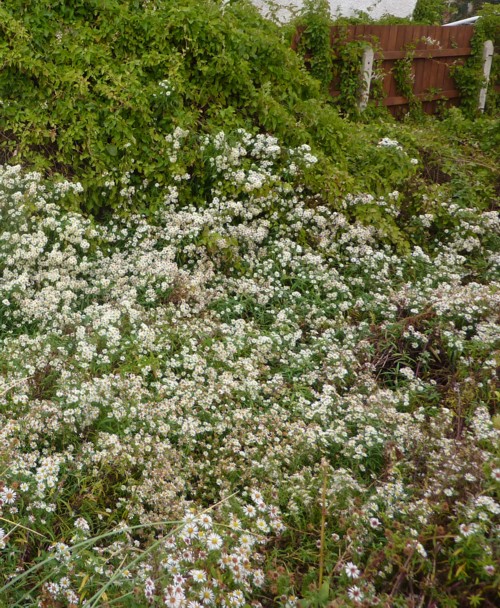 Also what appeared to be Soapwort (although it is not supposed to flower later than September). 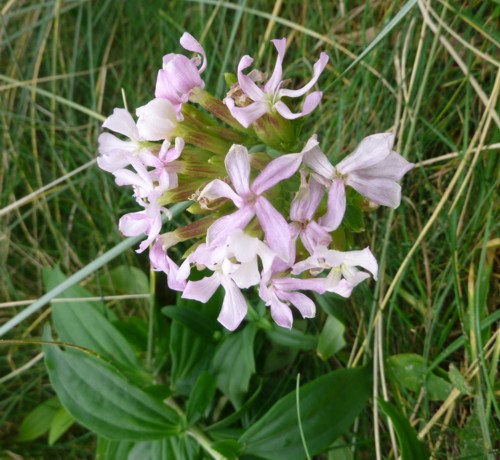 We caught the 3 o’clock train from West Kirkby and were back in Liverpool about 3.30.