Posted on September 16, 2010 by Sabena Blackbird

I had a phone call from Dave Bryant asking whether I had seen the Orange Peel Fungi at Dibbinsdale. I had not, these must have sprung up in the two days since I visited. I managed to take the afternoon off work on the 15th September 2010 and jumped on a train to Bromborough Rake. I quickly found a number of these attractive cup fungi on a patch of ground close to where I’d photographed the mass of Oyster Mushrooms on the 11th September. 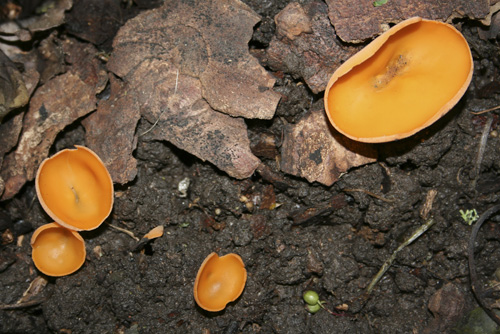 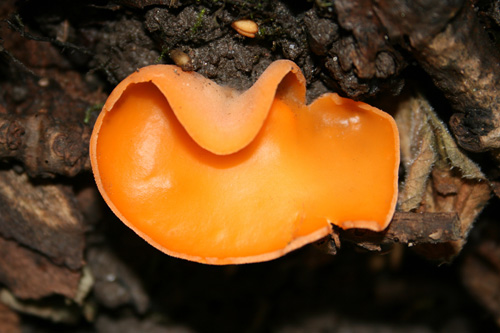 A small group of the morbidly named Dead Man’s Fingers Xylaria polymorpha were sprouting from a beech stump. 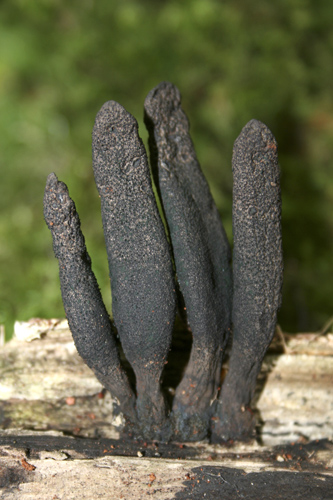 A nice specimen of Jelly Rot Fungus Phlebia tremellosa was on a particularly well rotted fallen log. You can clearly see the network of radiating folds and ridges covering the surface. 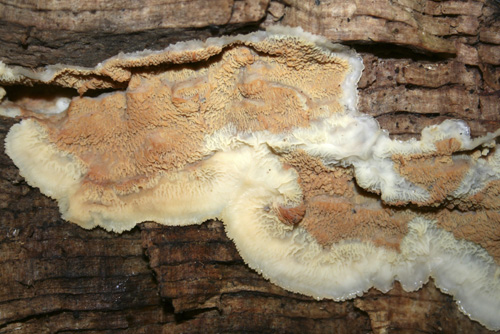 A particularly glutinous looking Slime Mould Enteridium lycoperdon had a small spider stuck to its surface. 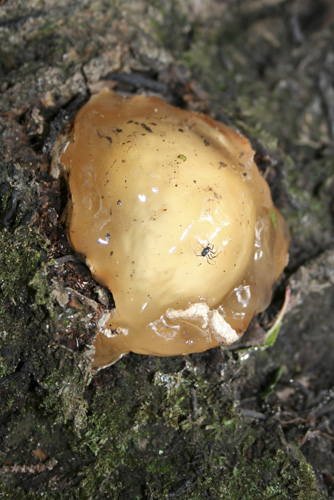