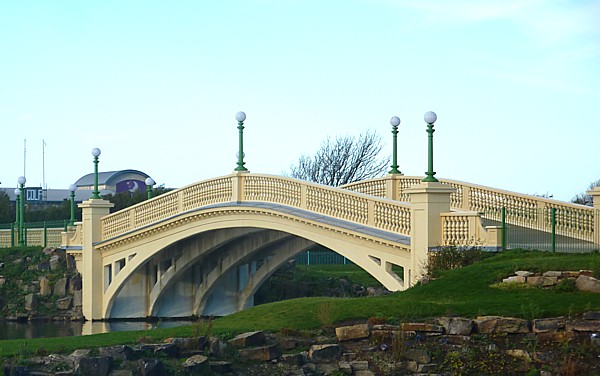 Happily, it was a mild and sunny day with just a light wind, so we walked right down Southport Pier. The tide was out (when is it ever noticeably in?) and there were long views northwards to Lytham St Annes, and to Blackpool, where we could make out Blackpool Tower and the roller coaster called The Big One.  No very interesting birds at first, just Black-headed Gulls, some Lesser Black-backed Gulls amongst the Spartina grass, a cheeky Starling on the rail, and a couple of Redshanks further out. We perked up when about 40+ Shelducks flew up and headed northwards in a low line. Then, even further out, by the edge of a gully, we spotted a Little Egret.

At the end of the pier there is a visitors centre and café, with lots of old penny-in-the-slot machines. They charge £1 for 10 old pennies, which is stunning for those who remember there used to be 240 ! Happily I had remembered to bring some old pennies with me, so we had fun on the machines for half an hour, although nobody won a teddy. 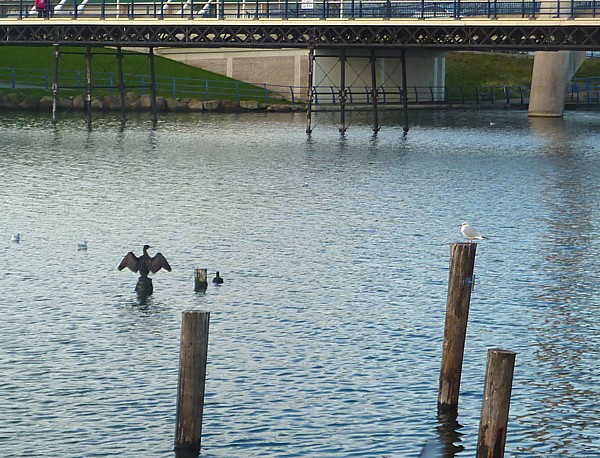 Then we strolled along the edge of the Marine Lake. A Cormorant was drying itself heraldically on a post. There were two very dark Mallard drakes, which were almost black, a few Tufties over on the far side, Herring Gulls, a Moorhen, and several Coots. One Coot bore a small Darvic ring on its left leg, black letters on white, saying AZC. I have reported it to Kane Brides. (He replied that AZC had been ringed at Southport almost exactly a year before, on 22 Nov 2013. Ours was the first re-sighting, despite this not being a very adventurous bird!)

There were no wild flowers that we could see, just gardener’s shrubs in the ornamental beds. Here’s a bright yellow Berberis. 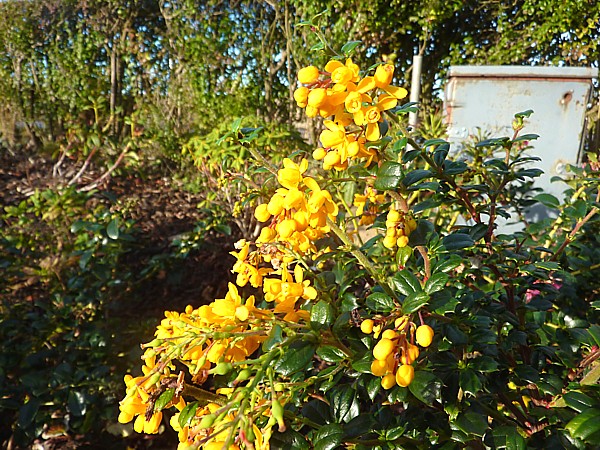 Two Pied Wagtails foraged on the paths, and further on we spotted this marvellously symmetrical Yucca with a huge flower spike, now gone over. It might be Yucca whipplei. 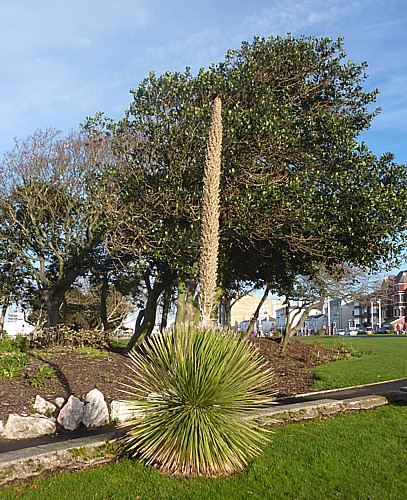 Near the fairgound dozens of motor cyclists had come to the end of their special Christmas run, in aid of the NW Air Ambulance. They were all dresed in red suits, and one posed for me, showing off his splendid onesie covered in Christmas puddings. 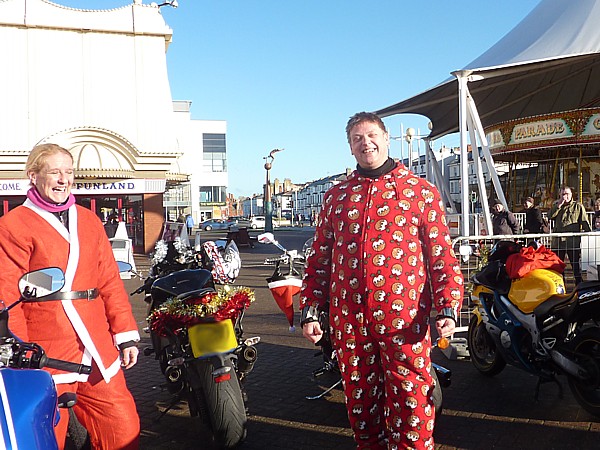 This will be my last blog post of 2014, so Happy Christmas to all.

Public transport details: Southport train from Central at 10.23, arriving Southport at 11.10.  Returned on the 2.30 train to Liverpool.