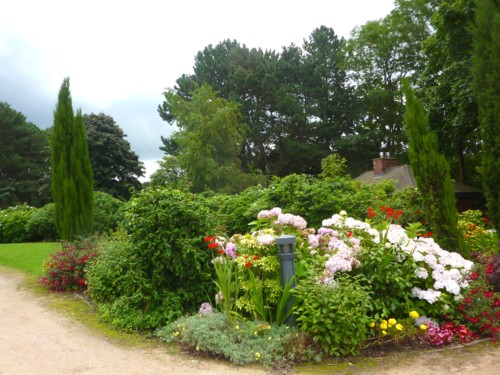 It was a very hot and sunny day, with the threat of thundery showers, but we missed one downpour whilst we were on the bus. The park lake had only pigeons at the south end, but there were lots of Black-headed Gulls and Coots at the top. I counted five Coot nests, some of them still with youngsters, since Coots nest all through the summer. One Mallard had four very late ducklings. There was a Mute Swan and a well-grown cygnet on the island, some Canada Geese, a Moorhen and just one Little Grebe. I got rid of the last of the duck and swan food to the BHGs, who dived for it enthusiastically, and the very last crumbs went onto the bird table by the Palm House.  Near the bandstand in the upper lake, a very young Heron posed picturesquely on the bank. 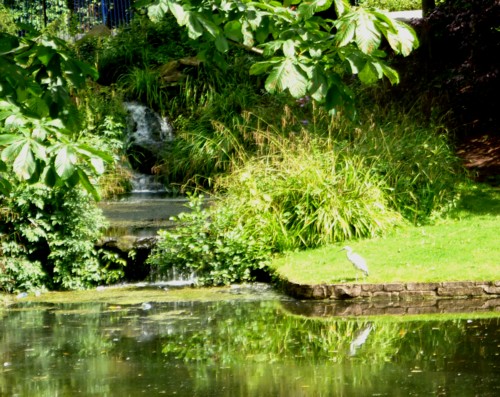 The terrapins were probably all removed when the lake was drained a few years ago, but the rats are still flourishing. One was creeping out of a crevice under a rock to snaffle turnip peelings left by someone. Did they think the birds would eat it?

The gardeners are allowing much of the grass to grow long and the lake banks are full of natural wild flowers. This may be why we saw more insects than usual. There were two species of butterfly, a Green-veined White and a Ringlet, plus a Brown Hawker dragonfly and a damsel fly, possibly a Blue-tail. Clouds of midges or gnats were circling over the water. On the railing I spotted a splendid brown Shield Bug with an orange and brown edging. I think it was Pentatoma rufipes, a common and widespread species which usually lives in trees. It was hopefully climbing up each semi-circular rail top, only to find itself guided down again. 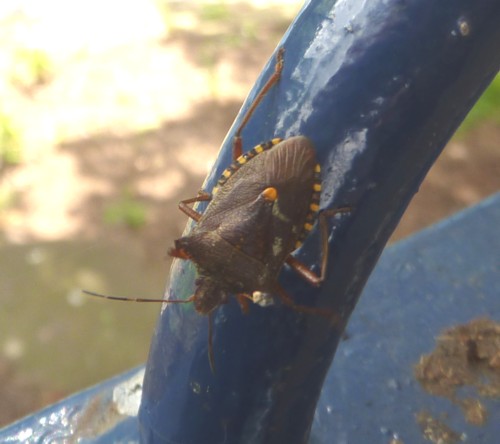 At the Eros statue we were reminded of the flights of fancy of the former Park Ranger, Ritchie Baker, who always asserted that it was “Eros’s younger brother” 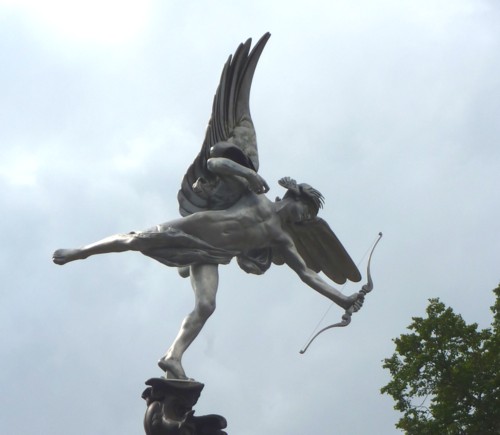 The wildflower bank by the Palm House was looking past its best, and the only creatures were the little animals on the Peter Pan statue – mice, frogs, and a lizard. But we nodded to the statues of the secular saints of natural history, Darwin and Linnaeus. 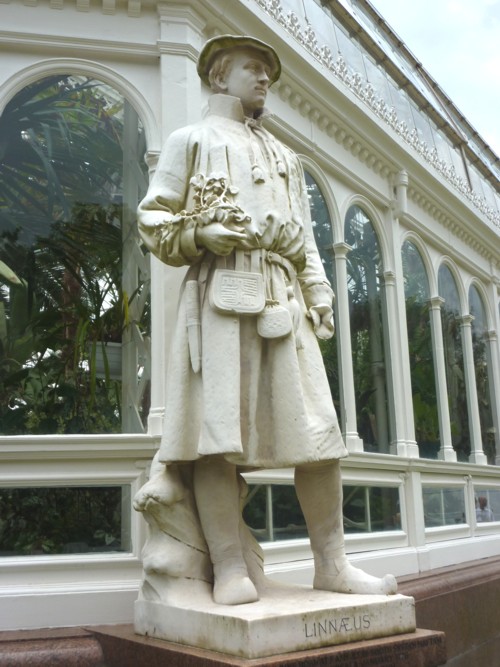 A brief thunderstorm overtook us in the Dell, and as we sheltered under the trees we spotted the Moorhens and Squirrels doing the same under the Rhododendrons.