Despite a nagging, cold easterly breeze 15 members assembled at this large, secluded reserve hemmed in by the Mersey and the Manchester Ship Canal. Some arrived by car, others by train into Warrington Central and then the No.3 bus to Martinscroft where at the end of the run you walk down, appropriately enough, Weir Lane. At the end of the lane you suddenly come to the Mersey with its sluices and weir over which the river cascades. Between those structures a sheet of calm water offered views of Pochard, Coot, Shelduck and a Great-crested Grebe on its nest mound in the shallows. 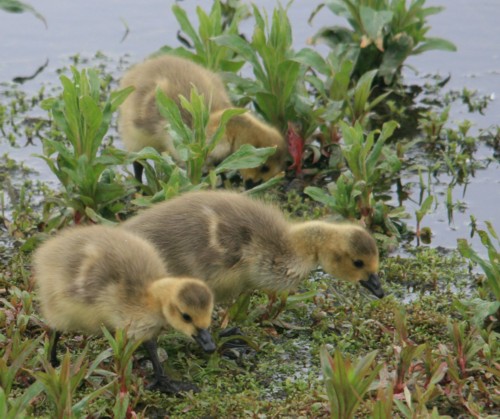 Walking towards the canal  a singing Garden Warbler added variety to the Chiffchaffs and a Blackcap, a first chance to compare songs after many months of lack of practice on our part. Meanwhile, as many as eight Common Buzzards were soaring over the target area.

Using a key and a suspension bridge we gained access to Area 3 which is encircled by the Mersey. From the hides the nearby expanses of reedbed and shallow waters were the setting for numerous noisy Black-headed Gulls, Gadwall, Shoveler, Cormorants and the bird which many had come primarily to see, the Black-necked Grebe. There were a dozen, paired off, busy diving for food and closer in than usual so that a telescope was not really necessary to appreciate their fawny-yellow  feathers behind the red eye and chestnut flanks. 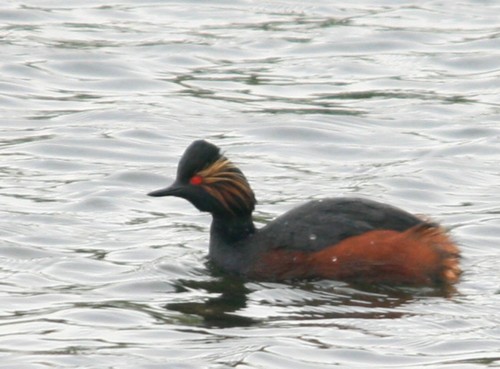 Members had lunch and made the most of a rare opportunity. Great-crested and Little Grebes provided a suitable contrast while Greenfinches and a Great-spotted Woodpecker hogged the feeders. Walking the grassy trails we were amazed at the large number of White-lipped Banded Snails Cepea hortensis, bright yellow and undamaged – obviously the result of some predator. Returning to the bridge the last hide offered a lone Ruddy Duck, one of the few remaining after the national cull. 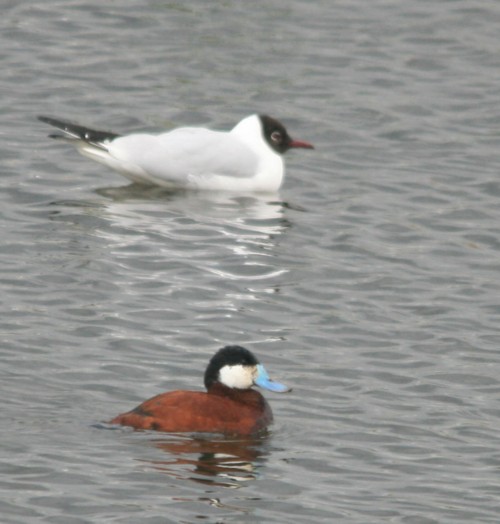 We then walked along the banks of the MSC so as to walk around Area 4 to the west which is open to the public. The flora gave Bugle, Common Field Speedwell, Wood Forgetmenot, Thale Cress, Common Puffball and Winter Heliotrope. Out of the wind a solitary Speckled Wood, Red-tailed and Buff-tailed Bumble Bees and a Tawny Mining Bee added interest. Amongst the scrub coming into leaf were several Willow Warblers in song and another Garden Warbler with its prolonged warble. A first for me was a very small variety of Cramp Ball, Daldinia vernicosa, which is often found on burnt gorse and which proved to be so!