This was one of John’s mystery destinations, and it turned out to be a small park on the north side of the East Lancashire Road, between Lower Lane and Stonebridge Lane, near to the sewage works and opposite the Showcase Cinema. Someone, perhaps the North-West Development Agency, has landscaped the area around Sugar Brook, made paths, planted small trees and shrubs, and set up a fishing lake. We strolled around it in the warm sunshine and I asked a young fisherman what he caught. He said he’d had three Carp, his mate had had one and his cousin had had another. 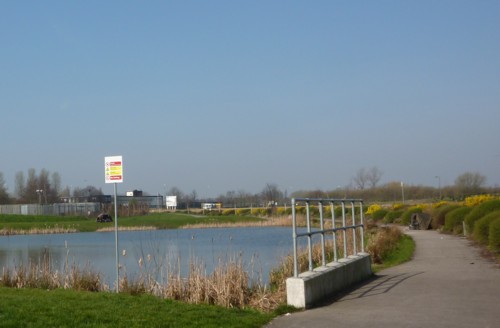 There were Mallards and Coots on the water, and Marsh Marigolds in the drainage ditches. Forsythia was blooming wonderfully, Coltsfoot was in flower, 7-spot Ladybirds were out basking, a Honey Bee with full pollen sacs foraged among the Broom, and a Peacock butterfly fluttered past. Two Cormorants flew towards Prescot, a Heron came up and headed for Croxteth Park and a dog flushed two very unexpected Grey Partridges from a small stand of trees. All along the path edges Field Horsetails were shooting up, and in several places they had started to break through the tarmac. 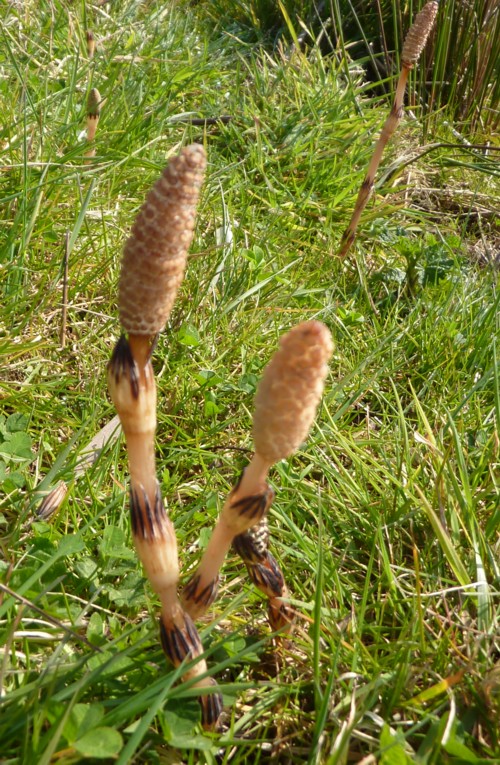 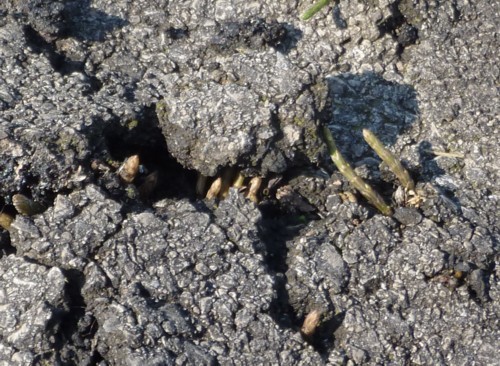 In a stagnant backwater right next to a path, two Mute Swans have built a nest and were sitting on three eggs. Neither had Darvic rings but the Cob had an unreadable BTO ring. They seemed to be in a very accessible and vulnerable position, so perhaps they are a young pair who dont know any better, but there was evidence that the locals held them in some affection. A father was showing them to his little daughter and the water around them held whole slices of bread and a complete but very soggy bagel. 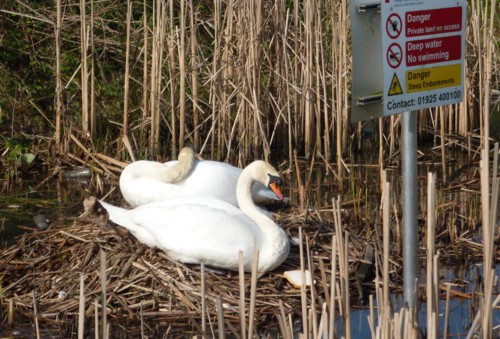 We ate lunch sitting on crash barriers, with the dull roar of the East Lancs on our right and the sweet songs of Chiffchaffs, a Dunnock and Goldfinches to our left. 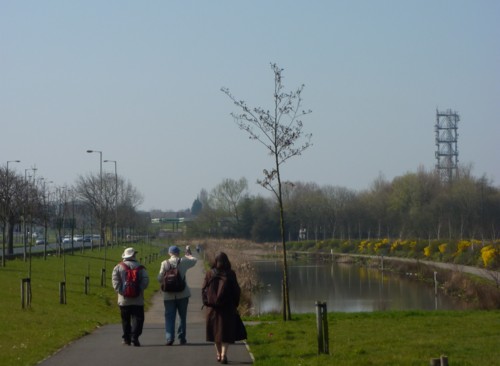 After lunch we walked down to West Derby Cemetery to look for some gravestones, and admired three wonderful pink flowering Cherry trees. 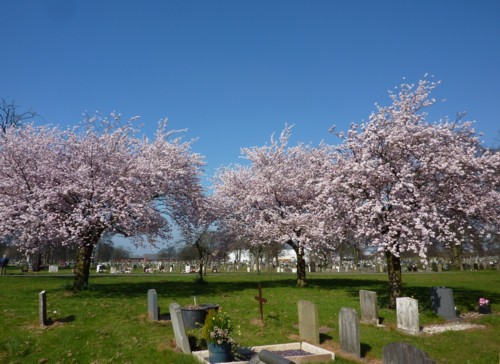