We met at Central for the 10.08 train, arriving at Freshfield at 10.40. It was a dull, overcast day with a stiff breeze. It’s been windy for over a week now.  We walked around the Freshfield Dune Heath LWT reserve, spotting a Wren, a Song Thrush, Whitethroat, Magpies, Jackdaws, Carrion Crows and Wood Pigeons. There was a Jay under some trees, a Chiffchaff was calling and a pair of Linnets flew up. An obliging Chaffinch sat on a post for us and a Heron flew over. The gorse at the edge of the fields was very brown, perhaps frost-damaged, but many healthy young oak seedlings were coming up. We saw some rabbits and also the brown Hebridean sheep that are being used for conservation grazing.  Most of the ponds had dried to about a quarter of their normal levels, and one was full of tadpoles.

We crossed the railway and the golf course and headed down to Fisherman’s Path and the Ainsdale Sand Dunes NNR. It stared to rain so we ate our lunches in the shelter of the pine trees.

The sun had begun to shine when we reached the beach, but there was still a very strong onshore wind and blowing sand. The recent gales must have been too much for one Gannet, which we found dead on the sand. But about 100 Herring Gulls were enjoying themselves, hovering and wheeling in the updraught where the wind hit the edge of the dunes.  We saw some Lesser Black-backed gulls and Sanderlings on the tideline, but most of our attention was taken with the sea life the gales had blown in.  Thousands of Common Jellyfish had been washed up, together with some Sea Potatoes, Whelk shells, Starfish and tens of thousands of Razor Shells. 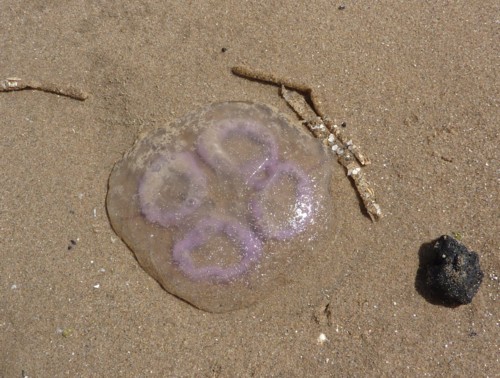 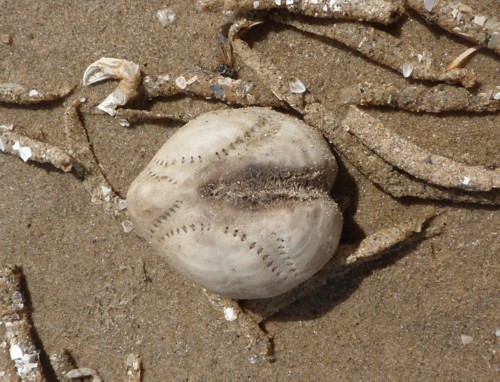 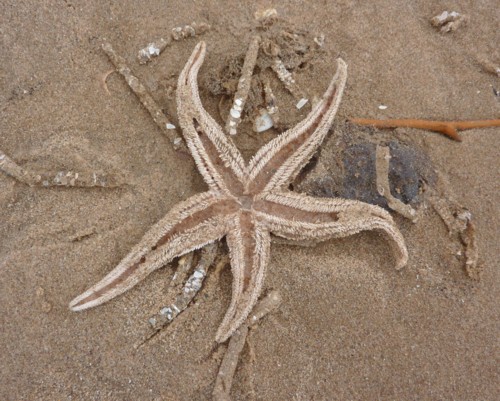 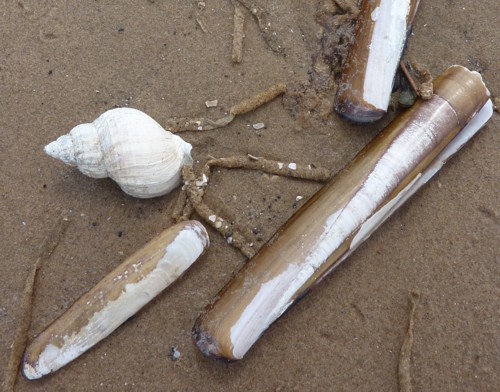 At Freshfield station we found a Cream-spot Ladybird. 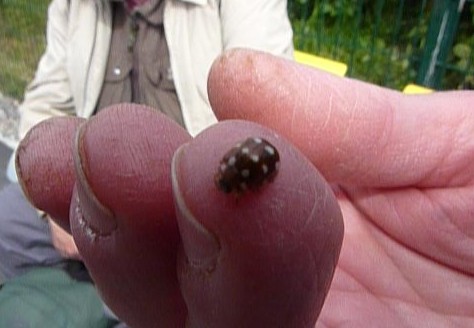