Chester Zoo has had a free nature reserve on the far side of its car park for a couple of years, but they have recently enlarged it to 14 acres, so we thought we’d take a look. 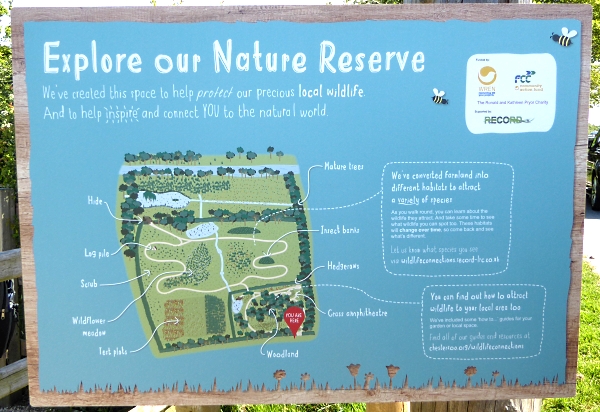 The original reserve is a small planted woodland, still with only very young trees. They all appear to be native species, as they should be. I noted lots of Cherry and Crab Apple; Birch, Oak, Beech and Ash; Rowan, Field Maple, Hornbeam, Willow and a few very small Scots Pines. The Hawthorn “May blossom” isn’t yet fully out, but the Bird Cherry has loved this late winter and sudden spring and is flowering most profusely at the moment. 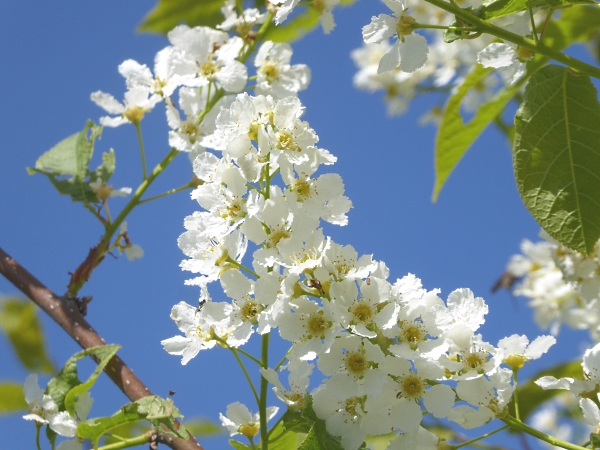 Near the “grass amphitheatre” we spotted what looked like an animal track detector. Some sheets of white A4 paper were either side of some pink, slightly sticky dye with an attractant in the middle. 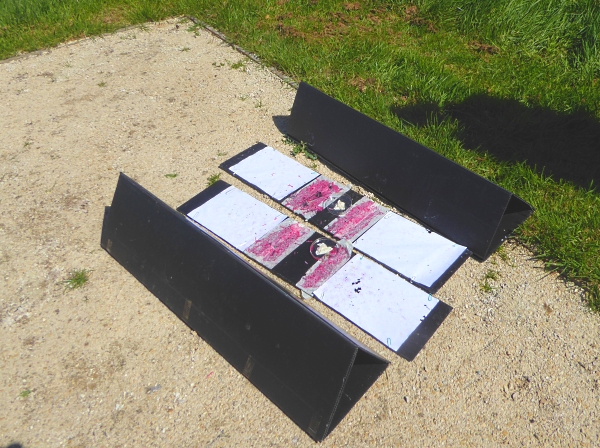 We looked closely at the paper with the footprints, and there were plenty of them, but it was hard to say what had made them. They were under an inch wide, say about 2 cm, and had three forward- pointing toes and one on either side. Too small for a Rat and too far from the canal for a Water Vole, so I guess they were made by some kind of mouse. Later we met the local naturalist Jeff Clarke and asked his opinion. “Indistinguishable!”, he said. 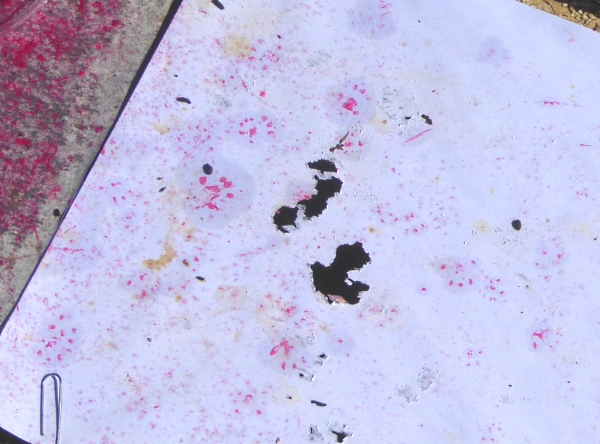 Many of the path verges were planted with masses of Red Campion and something with tall pointed leaves. It took a while to recognise them as Teasel, before their flower heads have come up. 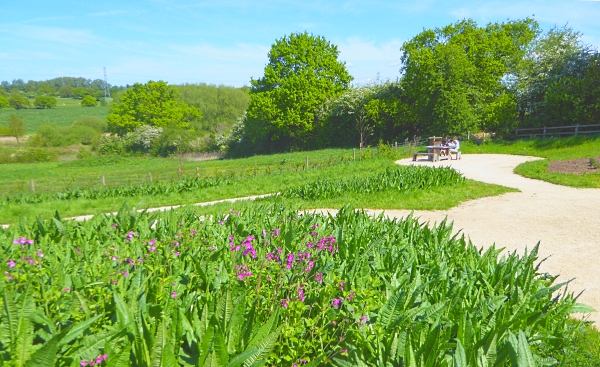 The leaves of the young Cherry trees were well-marked with holes and chewed edges, so there is plenty of small insect life about. There was a Harlequin ladybird on one, and a native Two-spot lower down on the same tree. The Two-spot Ladybird is common, but thought to be declining. 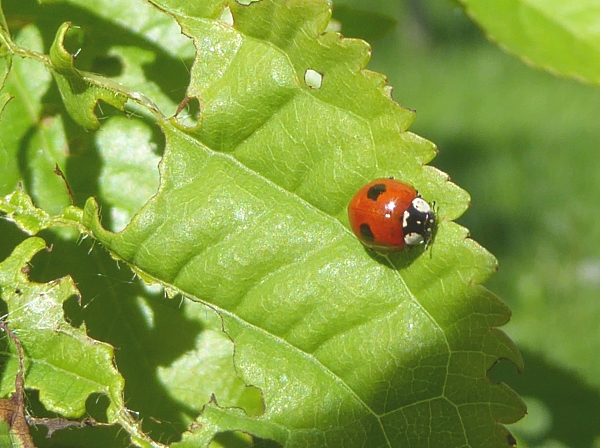 There weren’t many birds there, as it was a pretty flat, open area and a bright sunny day. We heard a Great Tit calling and spotted a Buzzard overhead. It felt like a day for Swallows and House Martins, but we saw only one fleeting Swallow later in the day. They are late this year. One pond held a single bathing Mallard, while the lowest pond, overlooked by a hide, had a Moorhen and a family of Coots, with three black and red chicks. 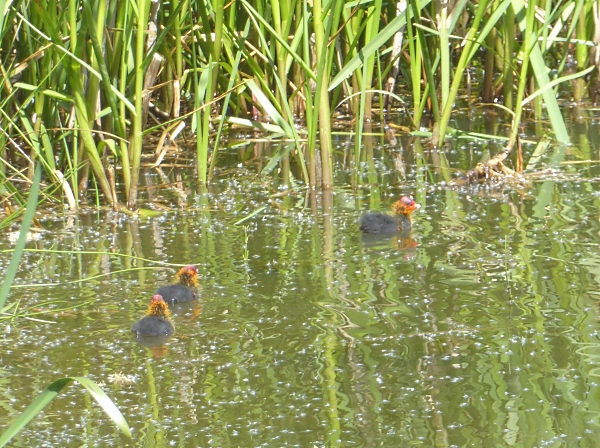 Near the edge of the canal they have an old Black Poplar, which they are very proud of. 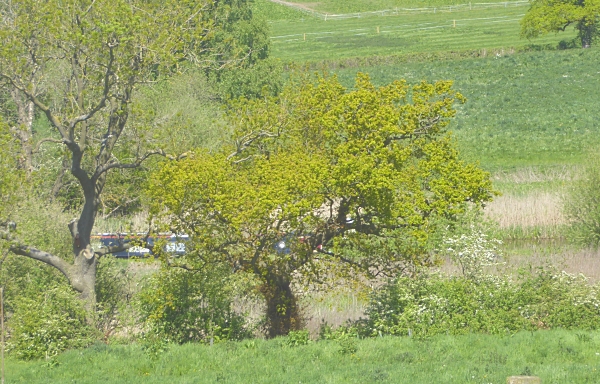 A signboard told us that there are currently only about 7000 Black Poplar trees left in the UK. 95% of them are old trees, most are genetically similar, and to make it worse 90% are male trees, too far away from the few remaining female trees to fertilise them. Chester Zoo is part of a team working to save these native trees. They have planted over 1000 young ones in the last 15 years, propagated by cuttings from as diverse a population as possible, and they have put male and female trees close together. The little plot with the signboard had two of these young Black Poplars side by side, one male and one female. 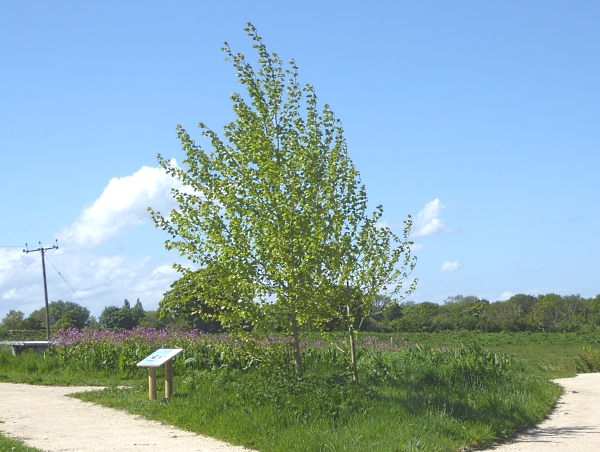 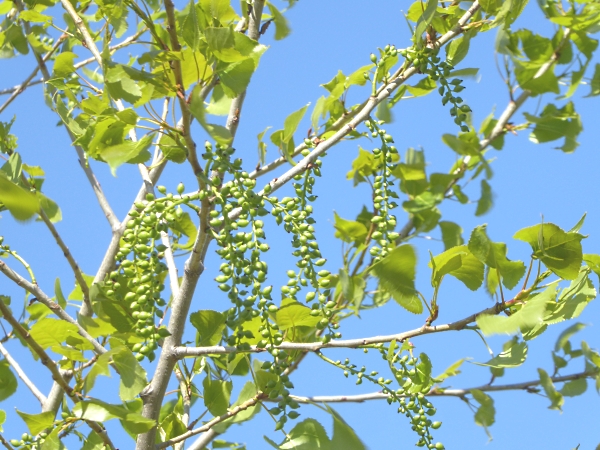 There were plenty of Molehills in the grass, and we saw Small and Large White butterflies and an Orange Tip. They are running a meadow experiment on this former fertilised farmland. One plot has been left to its own devices, and they expect it to grow only thick grass. The second has been harrowed and planted with wildflower seeds, but they expect the grass to out-compete them. On the third plot they have removed the fertile topsoil, but added no seed. They expect this one to  grow both grasses and flowers, but it will take a long time to become a proper meadow.  It’s a bit early for their proper wildflower meadow yet, but there were Buttercups and Ribwort Plantain along the edges. 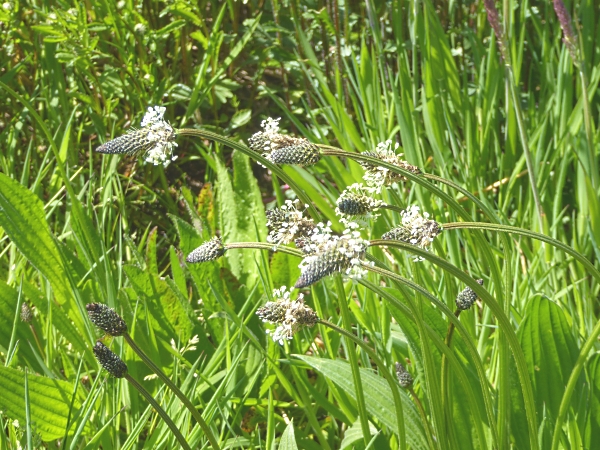 As we were leaving, I was still checking the young trees, and I found a young Elm. Hooray! It was almost certainly a Wych Elm, not the now-scarce English Elm, but Wych Elms are also susceptible to Dutch Elm Disease and are in decline, so it was good to see a young one. 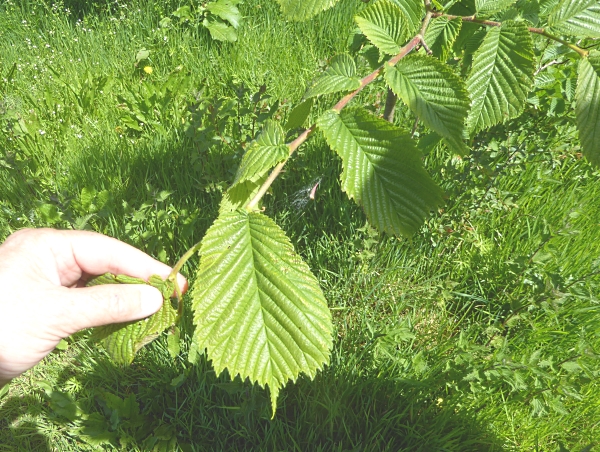 Before we left we popped into the part of the zoo before the pay gates and had a look at the elephants. A wild Rabbit loped up the path to the elephant house, so that’s another mammal tick!  We intended to get the very fast X8 back to Liverpool, but it was late. When it was 15 minutes overdue, we gave up and got the number 1 to Bache Station and then the train. As we left the zoo on the bus, we saw our X8 heading in, so we should have trusted it would come!  At Bache Station a Chiffchaff was singing from the opposite shrubbery, and we saw a Holly Blue and an Orange Tip flitting about the rails and hedges.

Public transport details:  Bus X8 from Sir Thomas Street at 10.20, arriving Chester Zoo 11.20. Returned on bus 1 towards Chester at 2.32, arriving Liverpool Road / Countess Hospital at 2.40. Around the corner to Bache Station, and train to Liverpool at 15.03, arriving Central 3.45.