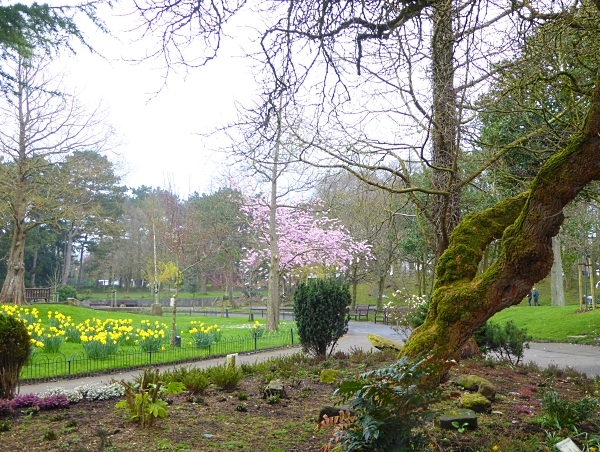 We had a very long run on the bus, an hour and twenty minutes, which took us well past Southport and into the lovely “thatched cottage” village of Churchtown. Although the Botanic Gardens were our main destination, we dropped into the tiny North Meols Civic Garden on the way. 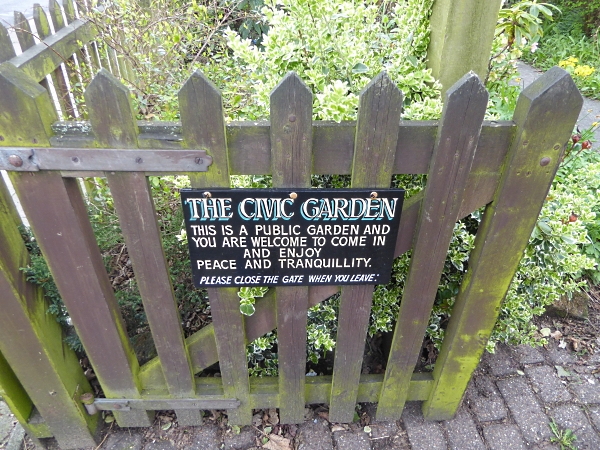 A small tree of Goat Willow Salix caprea was in flower, with the stamens breaking out of the “Pussy Willow” buds. 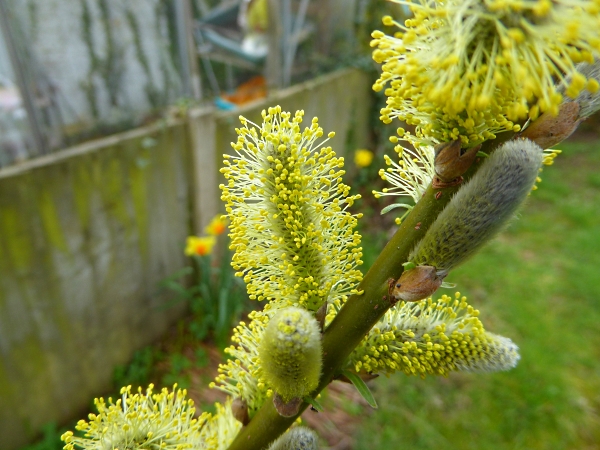 The Forsythia was in bright yellow bloom and just over the fence a Wren was singing its heart out at the top of a fir tree. 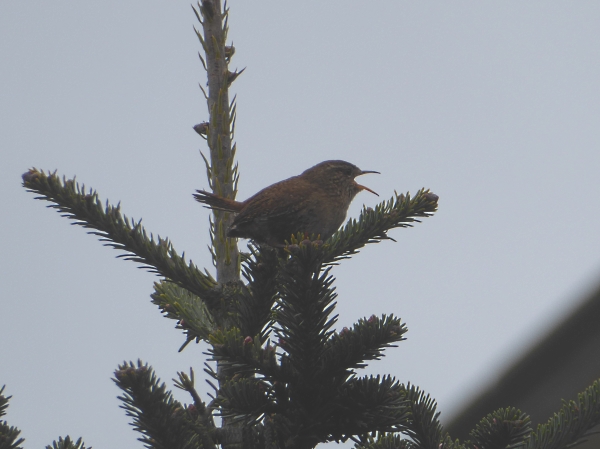 At the entrance to the Botanic Gardens they were celebrating the 100th anniversary of the founding of the RAF with a red, white and blue “bullseye” flower bed, decked with RAF flags. 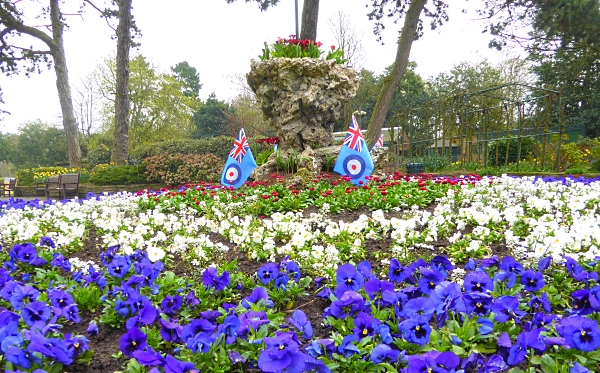 We went to look in the aviaries first. There were four or five Peacocks, but no Peahens in evidence, some geese and Guinea Fowl, and pairs of several rare pheasants – Golden Pheasant, Lady Amherst’s Pheasant and a black and white one which I think was a Silver Pheasant. The enclosures are made of very close-grained mesh, so it was very hard to get good pictures of them, but I had reasonable success with the male Mandarin duck. 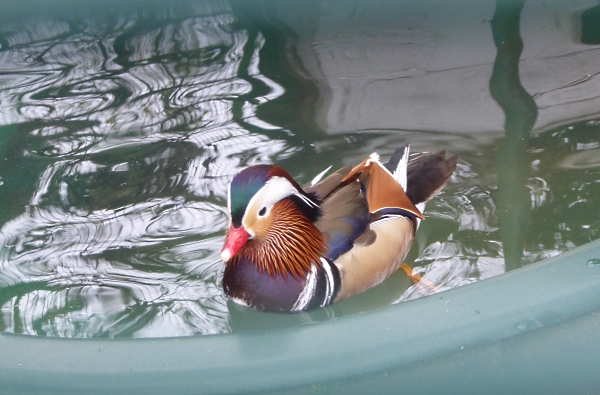 On the lawn outside the Fernery are two tall, pointed Dawn Cypress trees with their ropy trunks, but no foliage yet because they are unusual in being deciduous conifers. There is also an old Mulberry in a flower bed there.  We sat outside the Fernery to eat our lunch, and admired the very lovely early cherry tree by the lakeside. Then we heard a distinctive call, and a Ring-necked Parakeet flew into the tree and started picking the lovely pink cherry blossom. The cheeky little tyke!  It was systematically stripping the petals off and eating something at the base of each flower, perhaps the nectar stores, and one by one the discarded petals fluttered down to the lawn beneath. 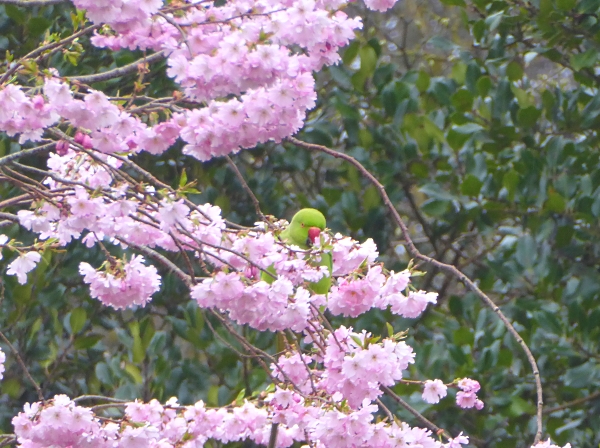 There were Mallards, Coots and Tufties on the lake, and beside the path north of the upper bridge was a Bhutan Pine and also a young Atlas Cedar (called “Ceder” on the label), which was a green one, not the usual blue variety ‘Glauca’. The Horse Chestnut buds are all breaking now, with the sticky cases still hanging on to the stem, the young leaves drooping, and the baby flower spikes just emerging. 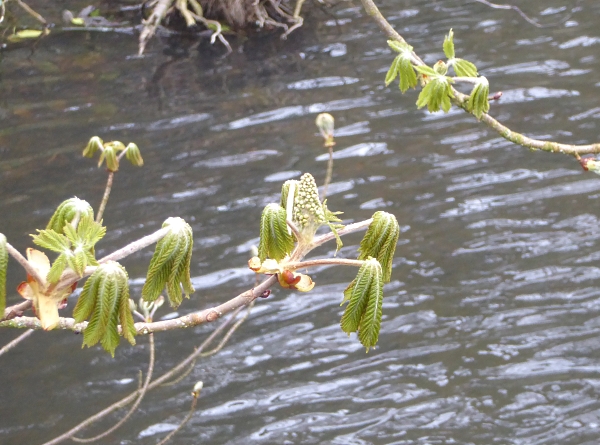 There was a female Blackcap in one tree by the lake, and a Nuthatch was “chipping” loudly from the top of another.  At the southern end were several Mute Swans and a Collared Dove.  We had a look in the Fernery, which is being surveyed and re-stocked with the help of Edinburgh Botanic Gardens. We spoke to one of the Friends of the park, who said they have another large building behind it, which they could easily heat, and they are thinking of making it into a tropical butterfly house. That will be popular!  Then we shopped for some bargain plants. Miniature daffs were going for only 50p a pot!