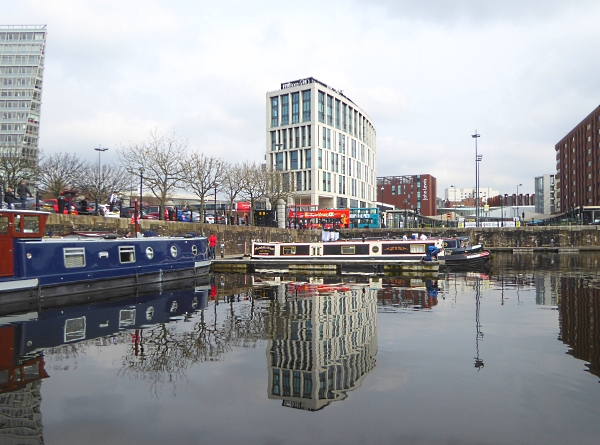 Spring is definitely coming on now. There are splashes of yellow Forsythia in gardens, and the Magnolia buds are just breaking out. The Albert Dock were having a “Heritage on the Dock” weekend, with free events, so we walked there through Liverpool ONE. 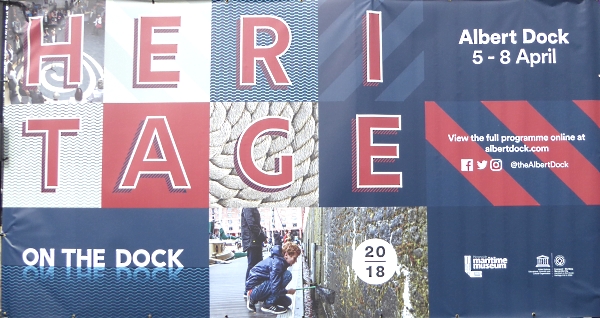 The lawn at the top of Chavasse Park had a female Blackbird, several Magpies, a Wood Pigeon and a pair of Mistle Thrushes. 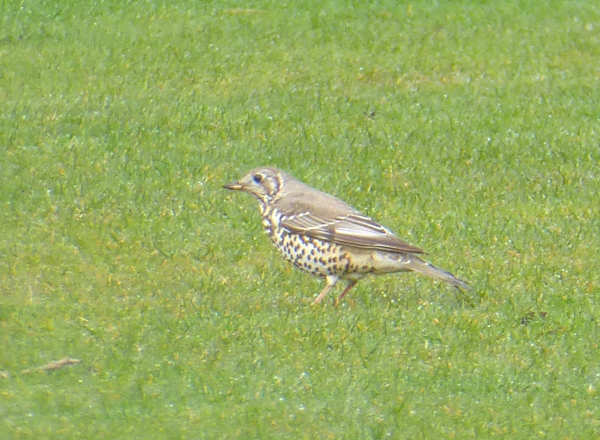 Mistle Thrushes have nested at various places in the City Centre in the past: behind the Museum, outside the Marriott Hotel and near the Bluecoat. I wonder where this pair have set up home? Then we strolled down the switchback path opposite the Hilton Hotel. It’s lined with attractive shrubbery, including a Witch Hazel which had gone over. There were several little birds flitting about. One was definitely a Robin but we also spotted something fawny grey with black at the front, fast-moving and elusive. A warbler of some sort? A Blackcap? We didn’t identify it, unfortunately. There is a lovely Tibetan Cherry tree, Prunus serrula with its shiny mahogany bark. 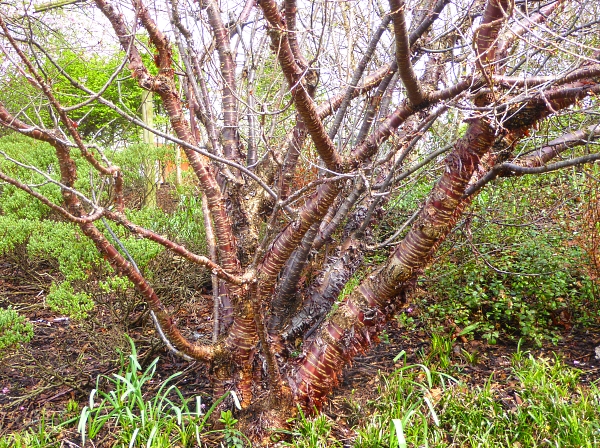 A row of early pink Cherries was in bloom. 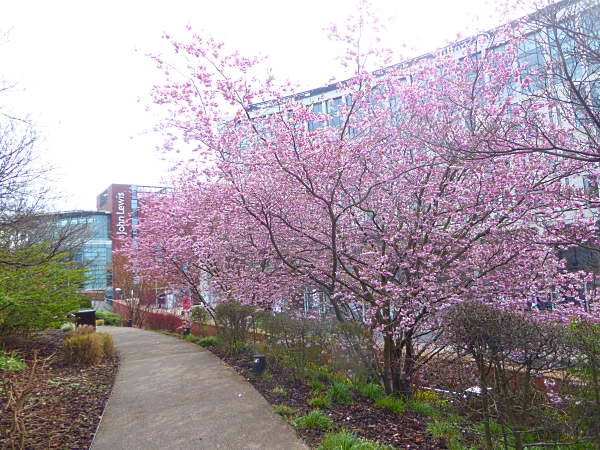 We went on a walking tour of the Albert Dock area with a Green Badge Guide, and noticed that there were flowers left under the Billy Fury statue. Is it an anniversary? Then we lunched outside the Maritime Museum, on the “inside” of the dock. There’s always a cheeky Herring Gull eyeing your lunch there. One was so bold as to fly low, looking for something to snatch.  The four young Horse Chestnut trees outside the Edward Pavilion were just breaking their buds. 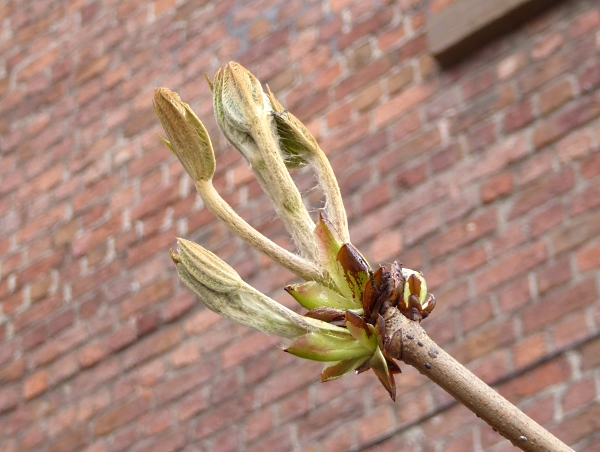 Then we went to “Dock Ness Monsters”, which invited people to “discover what lurks beneath the waters of Albert Dock”. It was net-dipping from the pontoons in Salthouse Dock. Despite it being mostly aimed at kids, we had a go and filled a tray with weed and Mussels. Then we caught a tiny fish, then another, ending up with three of them. The naturalist from the Lancashire Wildlife Trust said they were sticklebacks, which we hadn’t considered. He said they tolerate the brackish water of the dock and come in from the canal. 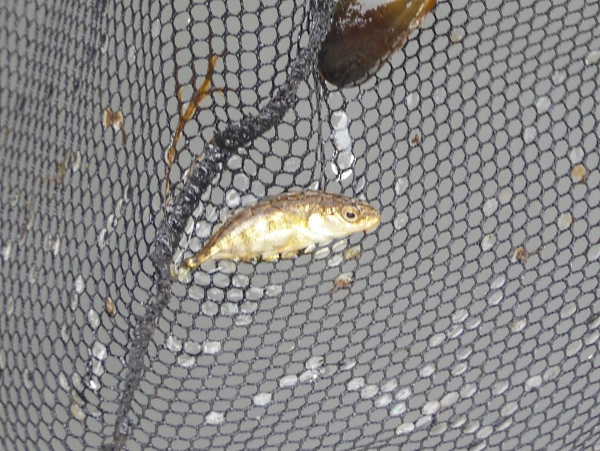 He also found a Sea-squirt in our tray, and a tiny Amphipod, about 3mm long. One of the Mussels was so relaxed it had opened up and was filter-feeding. Another group had found a Shore Crab. 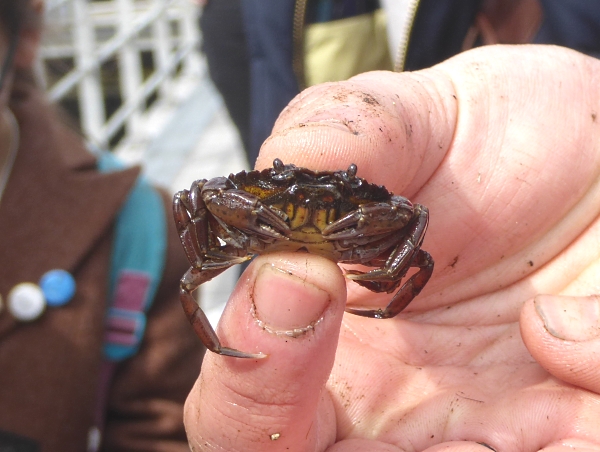 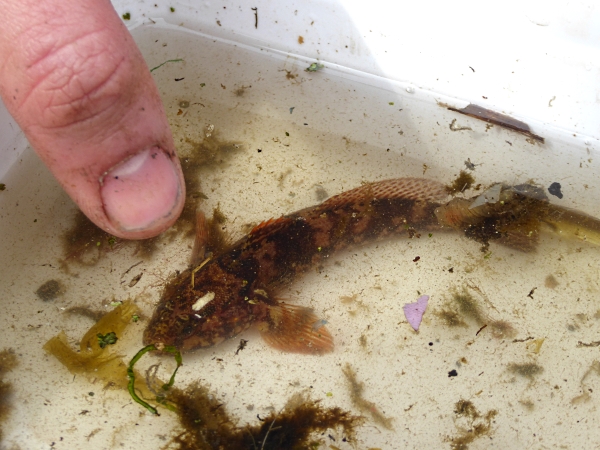 Public transport details: No buses or trains this week, we walked everywhere.