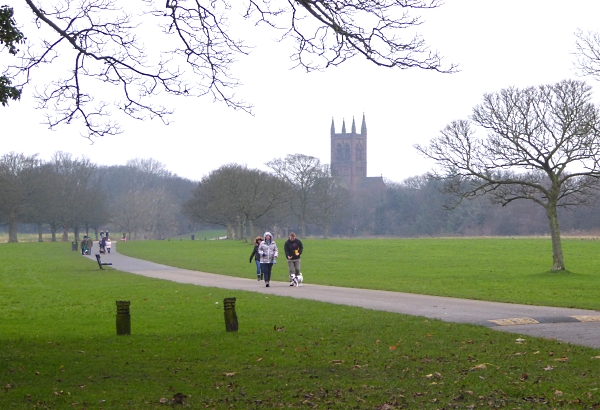 There was a “snow bomb” over Wales and the Midlands, but Liverpool was just off the northern edge of it, so we escaped. There was a slow fall of very light snow all day, but nothing stuck. We took the mile-long walk from West Derby Village to Croxteth Hall. The ground on either side of the path is very wet and marshy, with deep icy ditches. Many of the trees lining the path have died because it is too boggy for them. There used to be a big pond in the woods, apparently, which has now silted up, so maybe that’s where the excess water is coming from. About 100 Pink-footed Geese flew over in a double V, heading north, perhaps escaping the snowstorm.

Where it is drier someone has put up new bird boxes on the trees. There were Black-headed Gulls and a Lesser Black-backed Gull on the fields, and a Dunnock under a tree. This tree, twiggy at the base so probably a Lime, had flaking bark and what looked like the furrows of boring insect larvae  below. 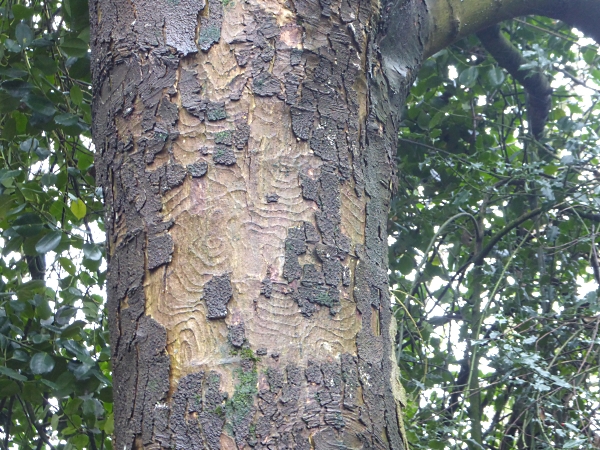 The Long Pond was so green with weed and algae that we couldn’t see if it was frozen or not, but the ducks were all swimming in one clear patch. Two of the Mallards were mostly black and noticeably smaller, about the size of Teals. I wonder what happened there!  There is a Sweet Gum /  Liquidambar tree on the bank, which the old books say rarely fruits in Britain, but once again it was covered with spiky balls. That’s a sign of climate change, I think. The Yew trees in the shrubberies around the Hall, all appear to be male: none showed any red berries at all.  There are half a dozen old Limes in a line along the east side of the walled garden, which appear to have been planted on little hillocks, or perhaps the ground has sunk away. They have very knobbly graft or pollard lines at about head height. How odd they are! 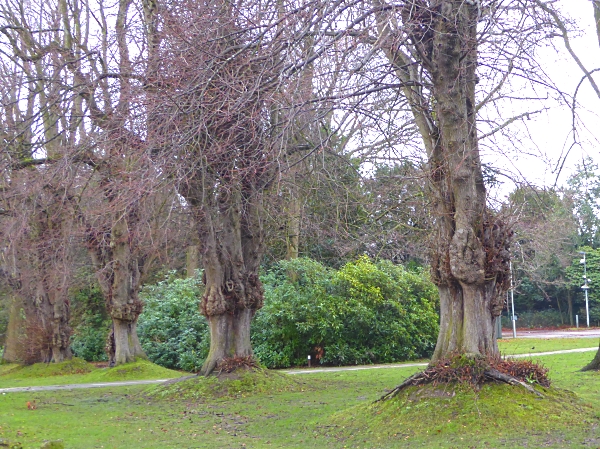 One of them has gone explosively twiggy where the trunk forks, making a thicket like the drey of a giant squirrel. 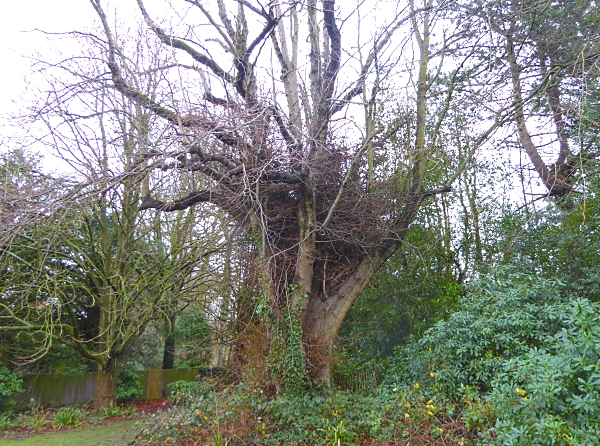 There’s a Swamp Cypress around there too, still hanging on to its wonderful dark red needles. 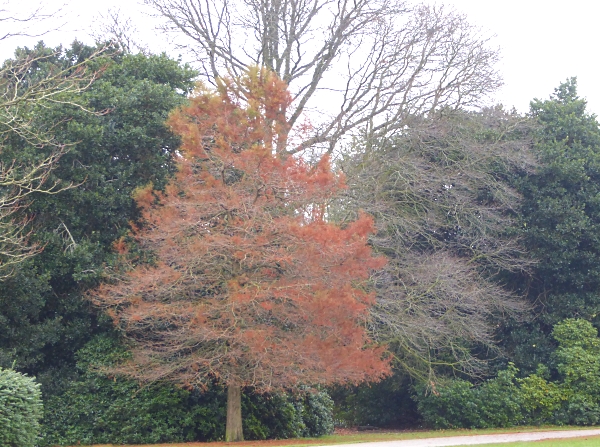 The snow seemed to be gearing up, so we thought we’d better head for home. A few more common birds were about – Blackbird, Great Tit, two Greenfinches high in a tree. Jackdaws were calling from the stable block and a Song Thrush was foraging in a field. 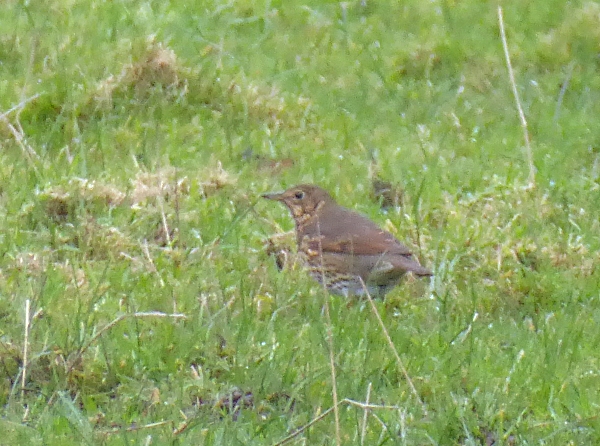 We went around by the farm, and inadvertently raised the expectations of the Highland cattle. Their food must come that way, and they thought we were bringing it! They mooed happily and gave us expectant stares. 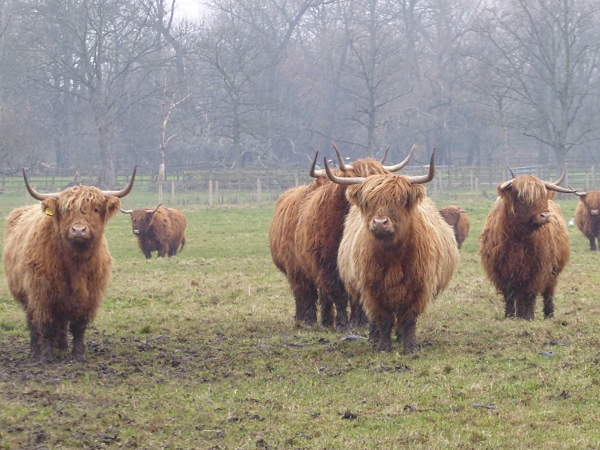 Here’s our tree species count for the year. We got 69 from the I-Spy book and another 56 which were not listed there. That’s a total of 125 tree species seen, including the rarest, a Wollemi Pine at a secret location that we have been asked not to publicise.