Disembarking at Leighton Moss a few members decided to head straight to Myer’s Allotment Reserve. We crossed over the railway bridge, turned left at junction and continued past the Silverdale Golf Club. The lane edge held flowering Meadowsweet Filipendula ulmaria, Tufted Vetch Vicia cracca, Meadow Crane’s-bill Geranium pratense, Amphibious Bistort Persicaria amphibia and Marsh Woundwort Stachys palustris. A raptor riding high on a thermal and heading north caught our attention – it didn’t look right for a Marsh Harrier and the outline & general jizz of the bird made us think Black Kite – this was later reported to the RSPB staff as a possible sighting. We mistakenly continued along the road before realising our mistake, retraced our steps noting a Dryad’s Saddle Polyporus squamosus and patrolling Brown Hawker Aeshna grandis before turning into The Row which had Yellow Loosestrife Lysimachia vulgaris flowering on the lane edge and entering the reserve. Butterfly Conservation manage this 7 hectare site which is largely covered with scrub and secondary woodland, with areas of exposed limestone pavement. Continuing scrub clearance work is hoped to provide favourable conditions for a variety of butterflies including Fritillaries and Duke of Burgundy. 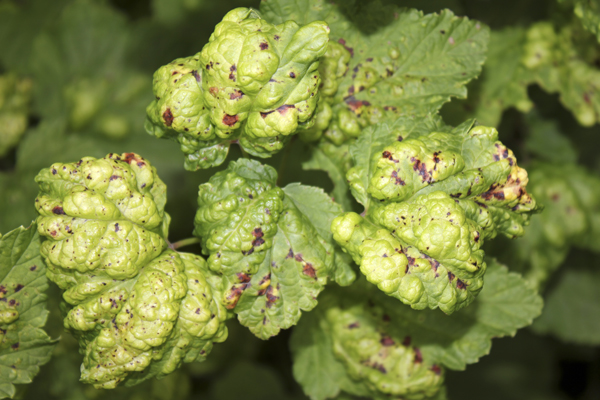 We returned to Leighton Moss and spent a little time watching the frenzied activity on the bird feeders with Blue, Great, Coal and Marsh Tit, Chaffinch and Bullfinch and the ever present Pheasants hovering up the scattered seeds. In the Wildflower and Herb Garden we noted the blistered and puckered leaves on a Blackcurrant bush caused by the Currant Blister Aphid Cryptomyzus ribis. The aphids cause the damage to the foliage in the spring then fly to Hedge Woundwort Stachys sylvatica for their summer holidays before returning in autumn to lay their eggs. The fruit crop isn’t adversely affected though. A cuter than cute speckley fronted young Robin watched us. 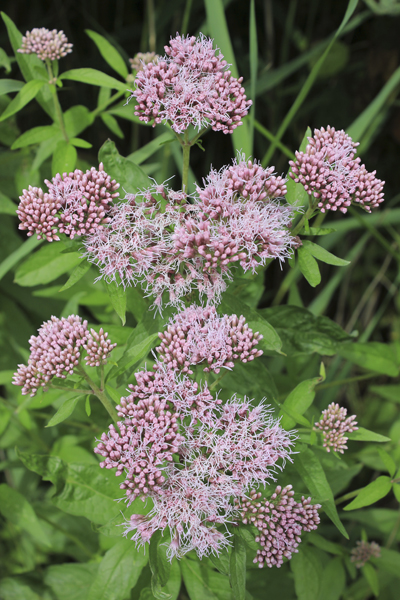 A Goldfinch and female Reed Bunting were in a Hawthorn bush beside the causeway. We ate lunch and watched the scene from Causeway/Public Hide. Two pairs of Marsh Harriers had successfully bred on the reserve this year with one pair rearing four young and the other pair with two young that had only just fledged the nest. We had great views of adult and female/juv birds both quartering the reeds and sitting in an area of recently cut reeds at the pool edge. A pair of Mute Swans had seven obedient cygnets swimming in line behind the pen. A Swift, a few Swallows and Sand Martins zipped above the water. The Ducks who were in eclipse mooched around the far side of the pond with Mallards, Teal and a few Wigeon along with Coot and Moorhen. Black-headed and Lesser Black-backed Gulls were joined by a lone Great Black-backed Gull that casually glided around hoping to spot an unaccompanied duckling to grab. A Pied Wagtail juv landed on a half-submerged tree branch and chased insects. A Lapwing flew over and a Grey Heron was standing expectantly on the edge of the reed. Single Brown Hawker Aeshna grandis and Migrant Hawker Aeshna mixta were patrolling the reeds in front of the hide that held flowering Gypsywort Lycopus europaeus. 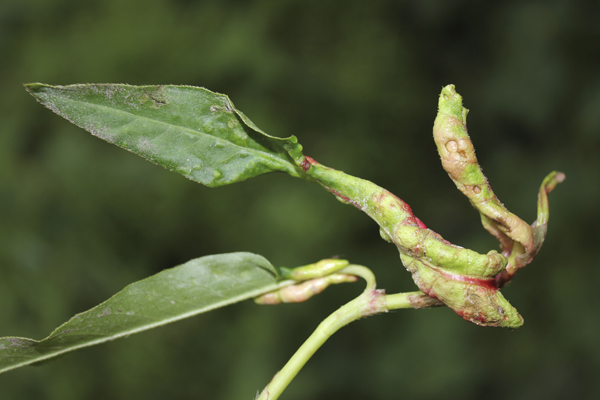 There were Galls on Meadowsweet Filipendula ulmaria leaves caused by the Gall Midge Dasineura ulmaria. The leaves of Amphibious Bistort Persica amphibia had marginal rolls that had become markedly thickened and spirally contorted. ChrisB ambling back from his enviable Otters sightings at Lower Hide confirmed that they were caused by the gall midge Wachtliella persicariae. He also pointed out the leaves of Columbine Aquilegia vulgaris – this was the wild variety that sports purple or mauve flowers – a greater selection of coloured cultivars are available of this popular garden plant. Chris along with Lynn and Hugh had heard a Redshank whilst wandering to Lower Hide. Catching up with DaveB – Trowbarrow held a few ‘past their best’ Common Spotted Orchids Dactylorhiza fuchsii and Common Twayblades Listera ovata. 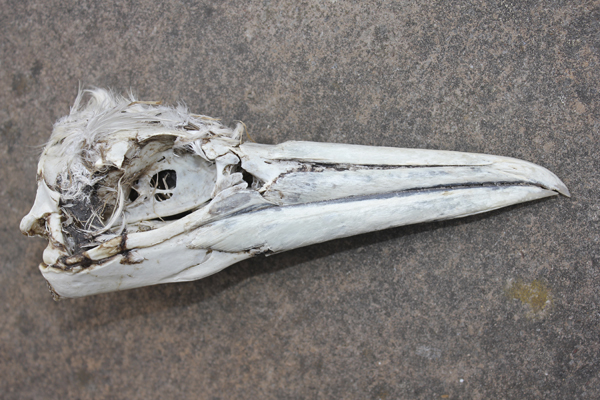 The education room beside the visitor centre provided two contenders for ‘Corpse of the Day’ with an astray Northern Gannet Morus bassanus skull and a desiccated Newt.