We started at Potter’s Barn, a Grade II listed building from 1841. It was intended to be the gate-house (with attached coach house and stables) for a larger estate, and was built as an intentional replica of the farmhouse on the battlefield of Waterloo. As we went in a Great Tit was singing very loudly from the other side of the very busy A565, competing with the traffic.  Inside the small park there was a Robin and some Magpies and House Sparrows. 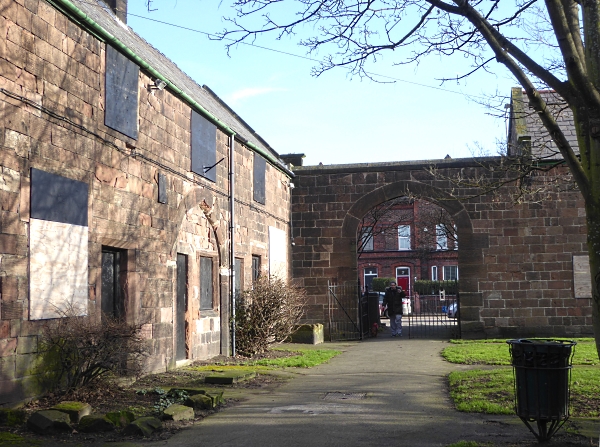 We followed the path along the south side of Marine Lake. A couple of yachts were out, and the paddle boat team were training vigorously. 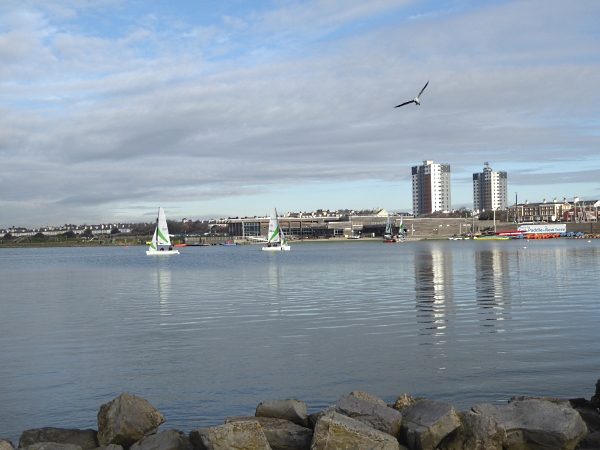 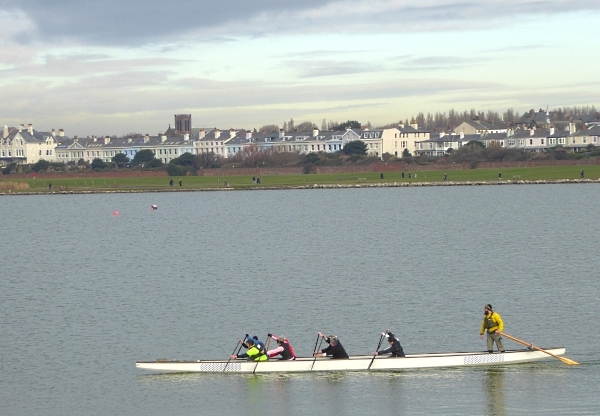 We peeked through the fence into Seaforth nature reserve, and spotted some rabbits, dozens of Cormorants, some Canada Geese, a couple of Skylarks pecking about, a Pied Wagtail ditto, some distant Shelduck and a small flock of Black-tailed Godwits. 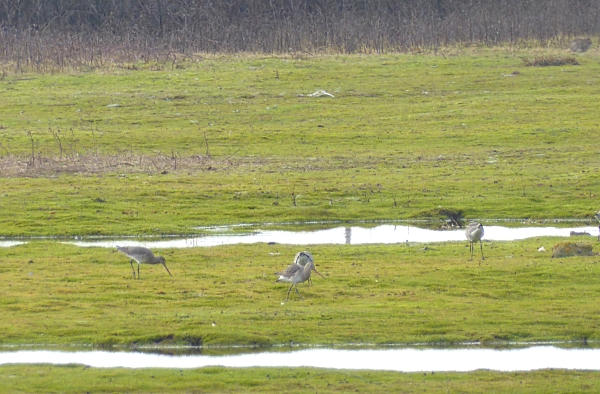 As we headed northwards along Crosby Promenade we heard a Skylark singing overhead. The  Isle of Man ferry Ben-my-Chree was coming in, looming large against the Iron Men and the wind turbines. 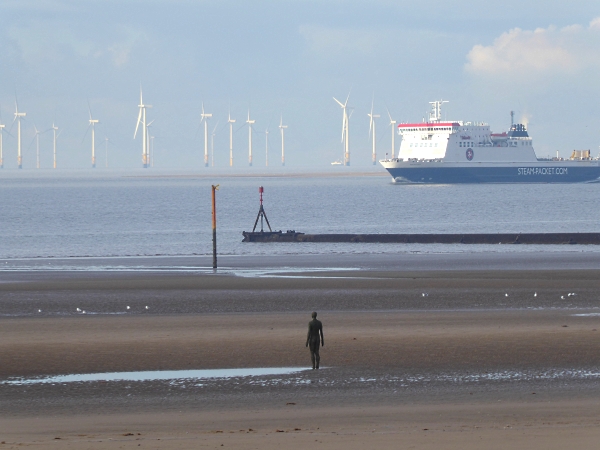 Then back through the dunes and around the Boating Lake. Sometimes there are quite special birds dropping in, and I’ve seen a Long-tailed Duck and a Phalarope here, but today it was just  Herring Gulls, Black-headed Gulls, Mallards, Coots, a pair of Mute Swans and some Tufties. The only mild excitement was provided by two Pochards with their heads tucked in, apparently sleeping. 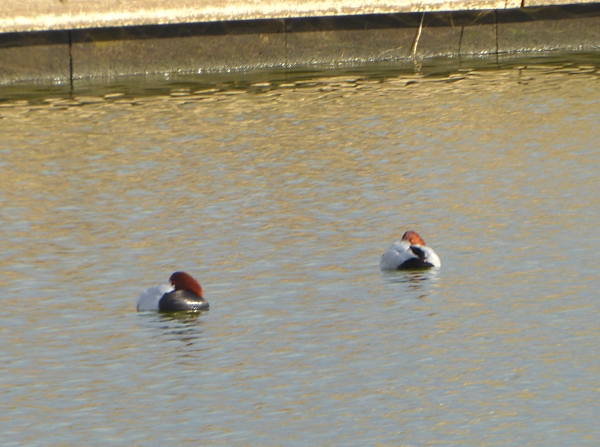 We lunched overlooking the Marine Lake then worked our way northwards through the four seafront gardens. 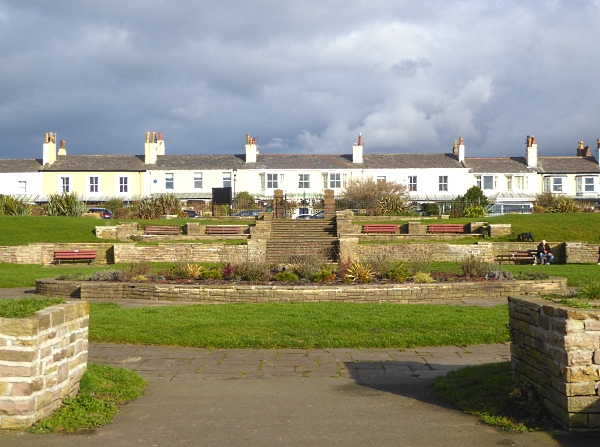 There were Daisies and Shepherd’s Purse flowering at the edges of the lawns, and some clumps of  Daffodils were a few days off flowering. 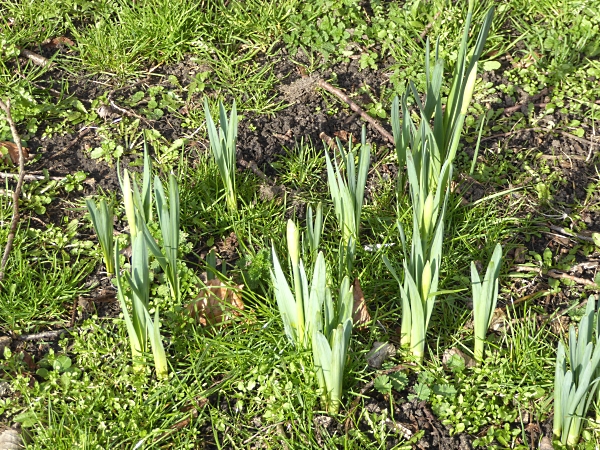 Garden birds included Long-tailed Tit, Goldfinch, Blue Tit and Blackbird. A Dunnock sat on the top of a hedge flicking its wings, then another came along and they flew away together. Spring is in the air!  We were looking for more trees for our I-Spy list, although the pickings will be slim for a few weeks yet. We ticked this beautiful shapely Holm Oak Quercus ilex (worth 20 points). 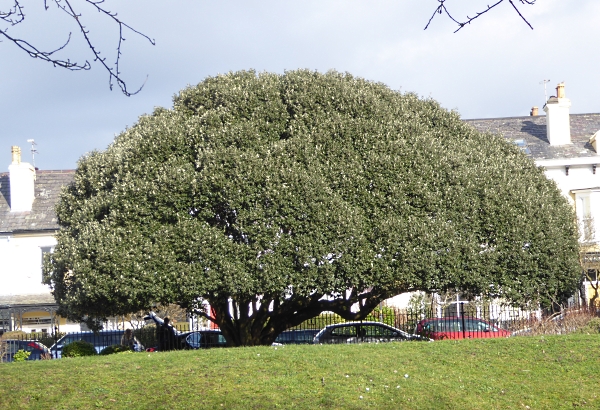 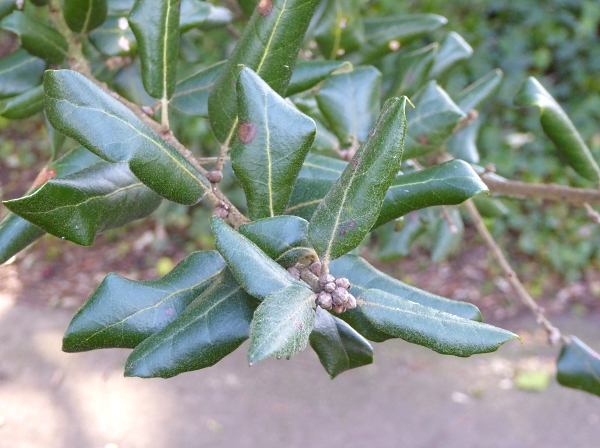 There are several Silk Tassel trees in the seafront gardens and at this time of year, with their very long catkins out, they look extraordinary. 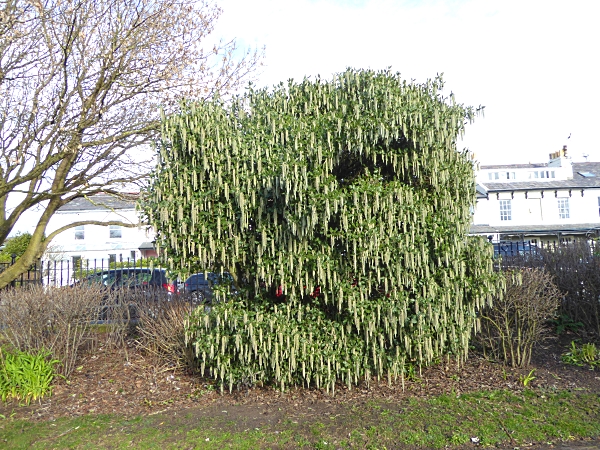 This shrub caught my eye, with its pretty red berries. Some kind of Laurel? No, I think it’s Japanese aucuba Aucuba japonica, a new one on me. 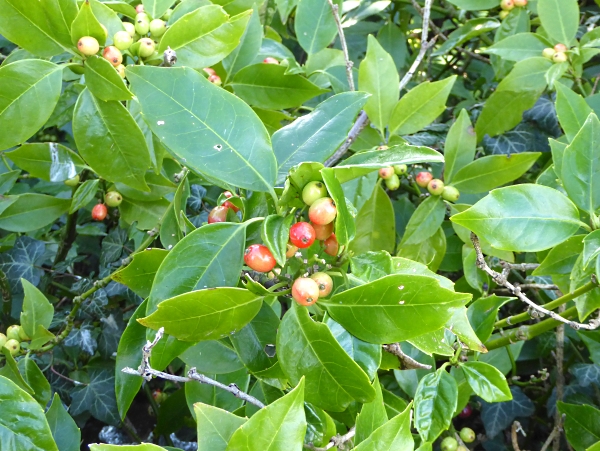 We returned up Harbord Road and in a garden we spotted another I-Spy tree, a Cordyline Palm, which the book (weirdly) calls a Cabbage tree. But it gives it the proper name of Cordyline australis, so it’s definitely right. It’s worth the maximum of 25 points, the first one of those we’ve ticked, and it’s marked as a “top spot!” 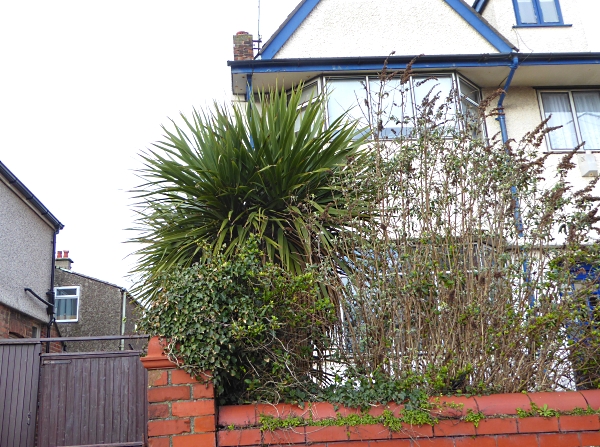 We were up to 225 points last week, and have 45 points today from just two trees, so now we have  270. John says we had 365 points for birds up to last week and thinks we got at least another 100 points today.  The bird-spotting will slow down soon, as new birds become harder to find, while the tree-bagging will become much easier when their leaves come out.
I walked home through Victoria Park, and spotted that the Snowdrops are now out. 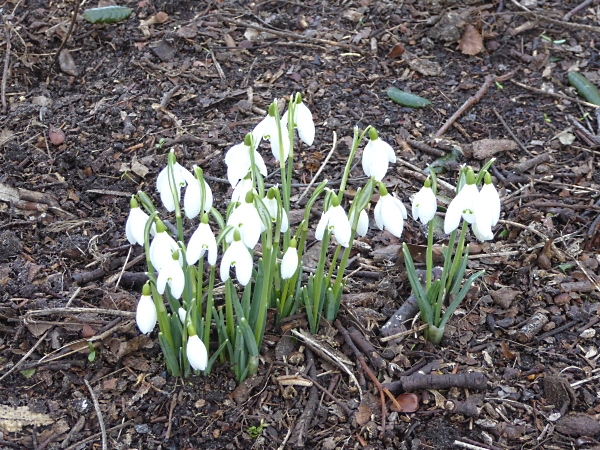 Public transport details: Bus 53 from Queen Square at 10.20, arriving 10.50 at Crosby Road South / Marlborough Road. The rest of the group returned to Liverpool on the 53 from Oxford Road / Courtenay Road, due at 2.10 and arriving Queen Square 2.50.