Posted on November 15, 2016 by Sabena Blackbird

An exceedingly memorable conclusion to our coach trip programme for 2016. We visited one of our favourite RSPB Reserves at Leighton Moss and members were rewarded by some fantastic sightings.

ChrisB and I quickly headed off the coach and through the small patch of woodland hearing Great Spotted Woodpecker before walking along the causeway. We barely had to wait a minute at the grit tables when there was the characteristic ‘pinging’ from the surrounding reeds heralding the arrival of a male moustachioed Bearded Tit. The colour ring leg combination was Left: Orange over Blue, Right: Green over White. A female soon descended onto a tray also colour ringed Left: Orange over Yellow, Right: Green over White. Beardies usually eat insects during the summer – a protein rich source of food that helps growing youngsters but as autumn approaches they change their diet to seeds. The grit enables them to digest the seeds in their crop which means that they don’t have to migrate south and can stay at Leighton Moss all year round.

We continued down the causeway a Great White Egret flying low overhead, six Carrion Crows hanging around on the path before flying to an adjacent bare tree and a Buzzard flying away from us.

In Public Hide the selection and numbers of Wildfowl was stunning, Shoveler over 40 males + 20 females, Pintail 7m 3f, Teal 60+, Wigeon 12+, Gadwall 60+, Coot, Canada Goose 8, Greylag Goose 7, Mute Swan pair + 7 cygs, Moorhen, Pochard 8+, Cormorant 1, Goosander redhead, Little Egret, BHG etc. A Grey Heron chased a Great White Egret within 5m of the hide, a Bittern glided low over the reeds before landing again, a Marsh Harrier quartered the reeds putting many of the Teal and a handful of Snipe to flight, a bird caught my eye flitting around at the base of the reed edge but proved to be a Robin and a Wren flitted amongst the small patch of reeds in front of the hide giving a burst of song.

As we continued along the causeway nine Snipe circled overhead calling and sounding very like Redwing and the odd Cetti’s was chuntering in the reeds. We entered the more wooded area heading along to Lower Hide. A few dozy Pheasants stalking around the undergrowth – one tame individual took some seed from John Clegg’s hand – a few Blue, Great, Coal Tits, Goldcrest, a male Bullfinch, a feeding party of around twenty Siskin and later some chacking Fieldfare.

We entered Lower Hide and were soon onto the star bird of the day a male American Wigeon, who has been dabbling in front of the hide in the company of its Eurasian cousins for a couple of weeks. One of the RSPB volunteers had his scope trained on the bird and we were able to appreciate the iridescent green eye mask and striking white head stripe. He had seen Otter from the hide earlier that day. Yet more wildfowl with Tufty and seven Curlew overhead added to the list. We were treated to another great view of Bittern unusually flying quite high for a distance over the reeds before dropping down. 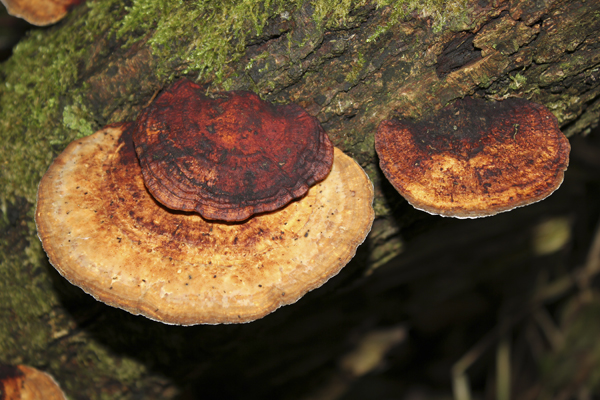 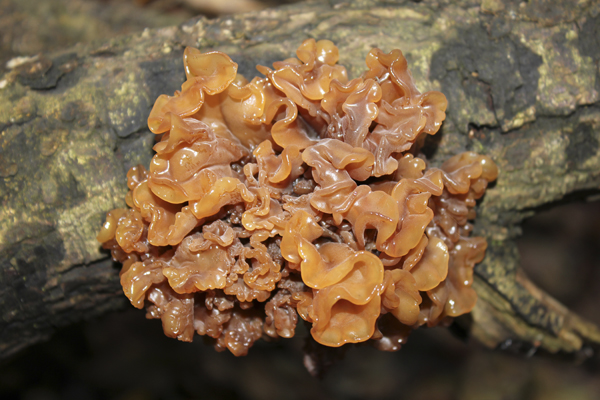 Heading back down the causeway we heard a Green Sandpiper and a Cettis gave a brief chuntering song again. The light was already going as we wandered through the mature woodland heading along to Tim Jackson Hide. Small piles of bird seed on various fallen logs were attracting a variety of visitors with plenty of Coal Tits, Blue Tit, Great Tit, inquisitive Robins, Prune, Blackbird, with a Nuthatch circling in one tree and a Treecreeper in an adjacent tree. With a bit of patience we were able to get good views of a Marsh Tit coming down to the seeds.

On approaching Tim Jackson hide there were a couple of squealing Water Rails in the adjacent reeds with one particularly vociferous porcine individual. More Teal, Gadwall, a Shoveler and Mallard along with half a dozen Snipe. A female Marsh Harrier hunted out the back of the pools where a Little Egret and Great White Egret were standing. The Great White flew directly at us and landed close to the hide. It strutted around the shallows wiggling its feet in the hopes of disturbing small fish like its little cousin is often observed doing. When the rapid gunfire from the photographer’s clicking cameras became too much we continued around to Grizedale Hide. A couple of Cormorants were resting in a tree, another Little Egret and a couple of Pheasants with pale wings that Chris thought maybe one of the Central Asian subspecies. 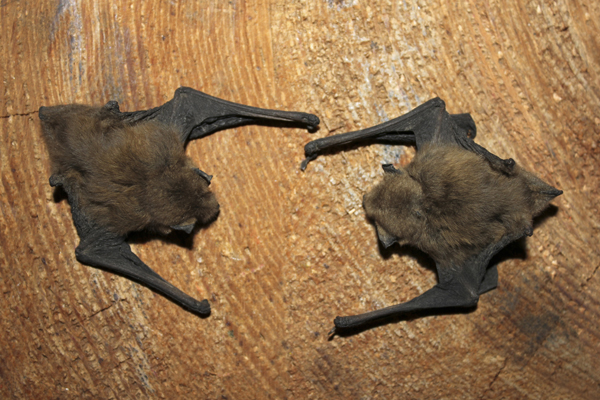 Returned to the visitor centre and popped into the adjacent education room where a few desiccated Common Pipistrelles Pipistrellus pipistrellus made Corpse Of The Day.

And from my back garden – because every blog should have a magical frog ;o) 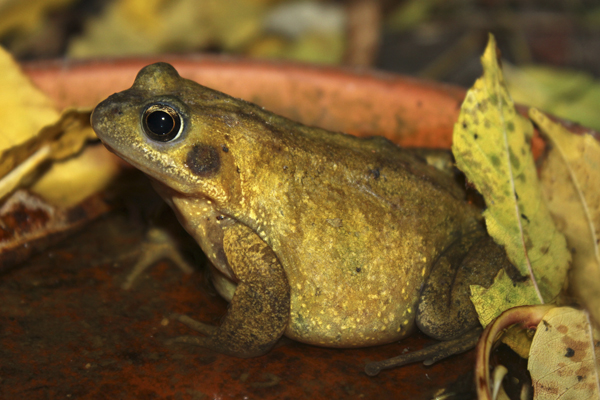