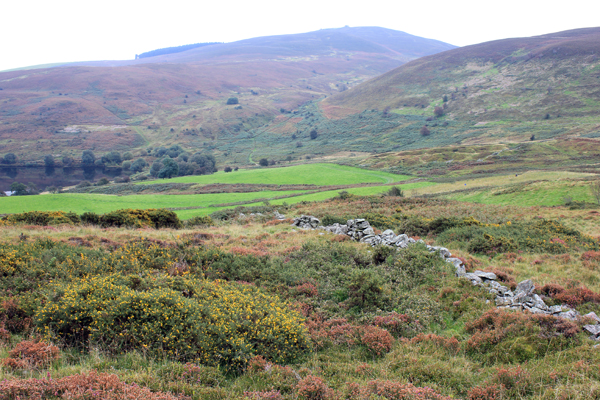 Richard Surman, Ron Crossley, DaveB and I headed over to Cilcain near Loggerheads in Wales for an Autumnal walk around our usual circuit. Walking up the lane there were a few plants still in flower – Nipplewort Lapsana communis and Herb-Robert Geranium robertianum with others gone to seed – Enchanter’s-nightshade Circaea lutetiana, Common Figwort Scrophularia nodosa, Foxglove Digitalis purpurea and Cleavers Galium aparine. We noted some Cola-nut Galls on Pedunculate Oak Quercus robur caused by the Gall Wasp Andricus lignicola, Hazel Leaf Miner Phyllonorycter coryli and the first Fungi of the day with Oak Barkspot Diatrypella quercina and Common Tarcrust Diatrype stigma. Quite a number of Robins in song, Pheasants creeping amongst the undergrowth at the side of the path being flushed as we walked by, the first of many Ravens croaking overhead, a soft ‘pheuuing’ Bullfinch, Chaffinch, Nuthatch and Great Spotted Woodpecker. The higher of the fishing ponds held a Mallard and Moorhen. 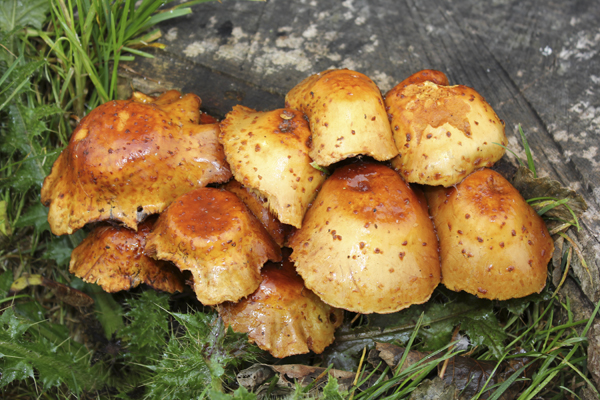 More Fungi with Sulphur Tuft Hypholoma fasciculare, some rather sizeable but slug eaten Fly Agaric Amanita muscaria, a couple of Boletus sp. and on a tree stump a clump of Flaming Scalycap Pholiota flammans and a lone Common Inkcap Coprinus atramentarius. By the edge of the track where we turn left onto the moor I spotted a Badger Meles meles skull. 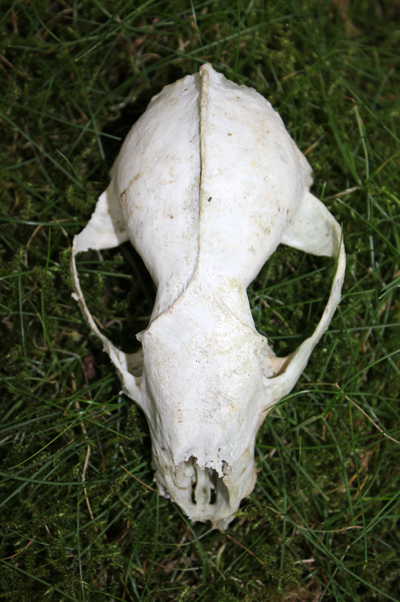 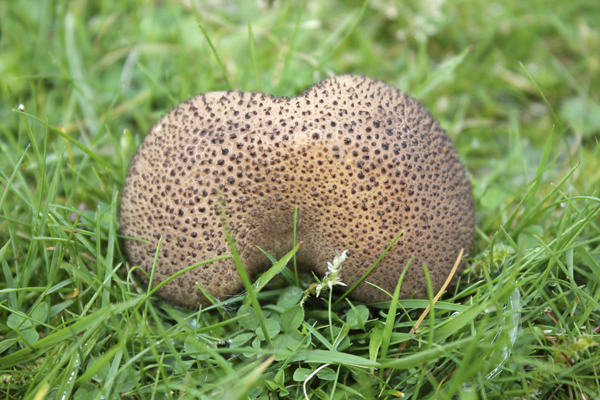 I spotted a caterpillar that I later identified as the brown form of the Broom Moth Ceramica pisi. The distinctive brown and yellow striped caterpillar with groovy pink feet feeds not only on Broom Cytisus scoparius, but also on Bracken Pteridium aquilinum on which we found it. 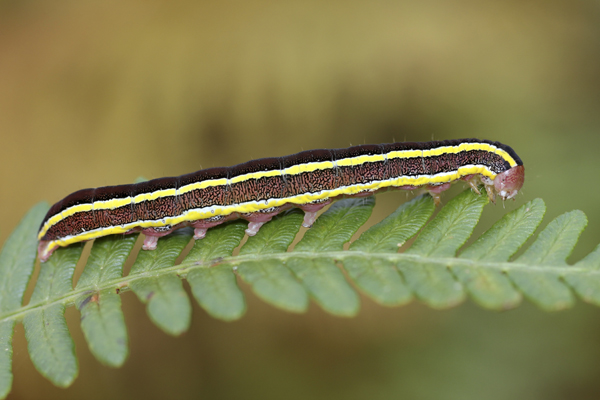 A few Mepits were flitting around the moor and a Tawny Owl hooting from the copse across the valley. More vocal Ravens and due to the still windless conditions we could even hear the beat of their wings as they flew overhead. One posed majestically on top of a rock that broke the skyline allowing a good silhouette view of its shaggy throat feathers as it croaked. It took off and a few minutes later along with its partner were harassing a Buzzard. We found the remains of a Carrion Crow – only the wings and rib cage – again probably the victim of the Ravens.

Lesser Black Backed Gulls glided overhead, a male and a couple of female/juv Stonechats perched on the top of the bare stems of a shrub. Dropping back down through the woodland Dave watched a small party of Goldcrests. We turned into the lane that drops back to Cilcain village pondering on the leaves of a small tree – Guelder-rose Viburnum opulus and noting the profusion of Elderberries Sambucus nigra whilst reminiscing on home-brew wine making experiences. Buzzing noises from the flowering Common Ivy Hedera helix were due to Honey Bees Apis mellifera, various Wasps and a few Hoverflies. Rooks from the nearby Rookery replaced the Ravens, whilst on a feeding station in one of the cottages there was a portly Woodpigeon, a Prune and Blue Tit. The lane edge – always good for Wildflowers still held a few in flower with Greater Celandine Chelidonium majus, Wild Angelica Angelica sylvestris, Hogweed Heracleum sphondylium, Greater Periwinkle Vinca major, Green Alkanet Pentaglottis sempervirens, Hedge Woundwort Stachys sylvatica, White Dead-nettle Lamium album, Crosswort Cruciata laevipes, Red Valerian Centranthus ruber along with the leaves of Cow Parsley Anthriscus sylvestris

After coffee and cake in the community hall we walked through the graveyard of St Mary’s Church. Adults and larvae of a couple of different forms of the Harlequin Ladybird Harmonia axyridis were on a few of the gravestones and the Ivy leaves. As a finale Richard had a possible Chiffchaff as we boarded the car for the journey back…