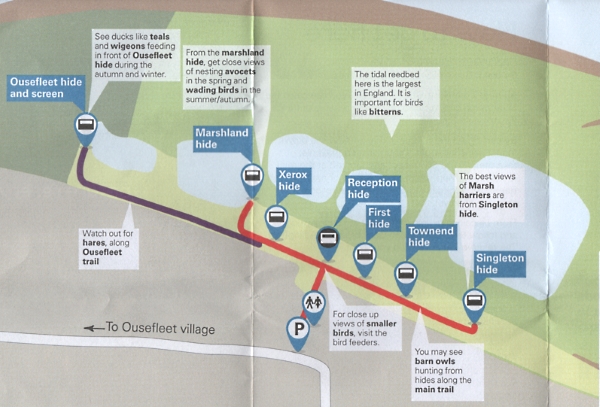 This isn’t a full report of the MNA coach trip, just an account of the drama in the afternoon, seen by some of us from First Hide, when a Heron caught a Water Vole, killed it slowly, then ate it. 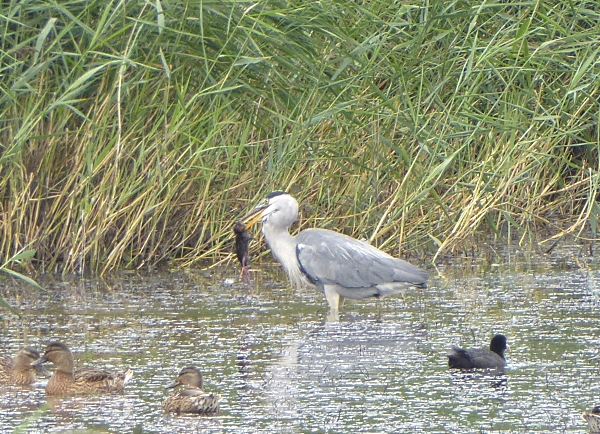 There was a group of dabbling Mallards and about five Little Egrets, minding their own business, when a Grey Heron suddenly stalked out of the reeds. The Egrets watched it closely and the Mallards gathered around it, not exactly mobbing it, but clearly interested in its intentions. The Heron stood for a few moments, then suddenly took two or three quick steps throught the ducks and stabbed into the water. It had something brown and furry in its beak. It was hard to identify, but most people in the hide concluded it was probably a Water Vole. 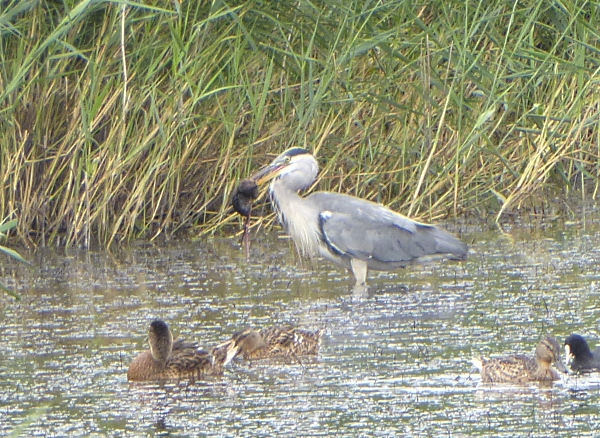 It was still alive, and wriggling. It took it about five agonising minutes to die. Every time it went still the Heron dunked it, not to drown it, the dunking was too quick for that, but perhaps to see if it had died yet. Of course, the cold water started the poor creature moving again. 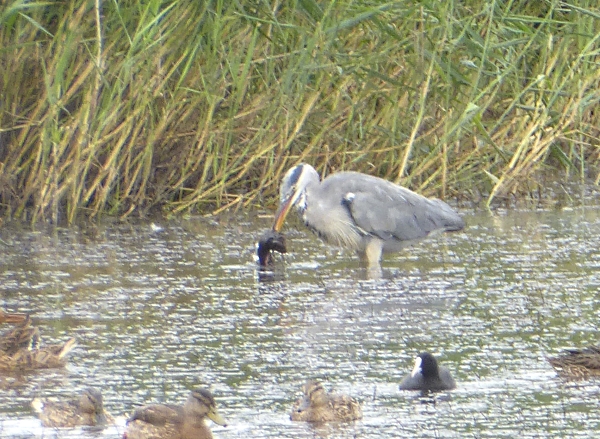 All the people in the hide were watching in fascinated distaste. Even more horribly, it appeared that the vole’s insides were hanging out, perhaps caused by the initial stab. 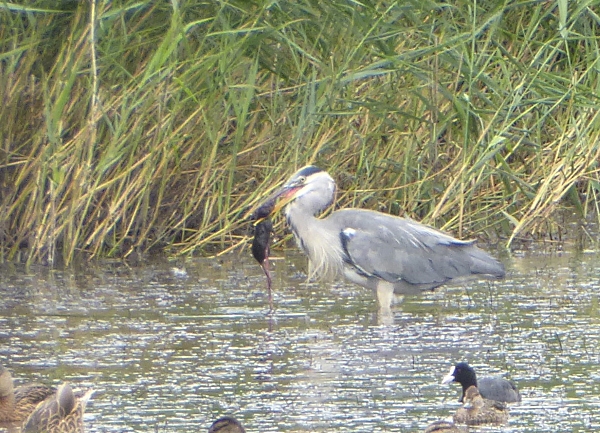 Eventually it must have died, so the Heron got it around the right way and ate it, to the relief of all the onlookers. 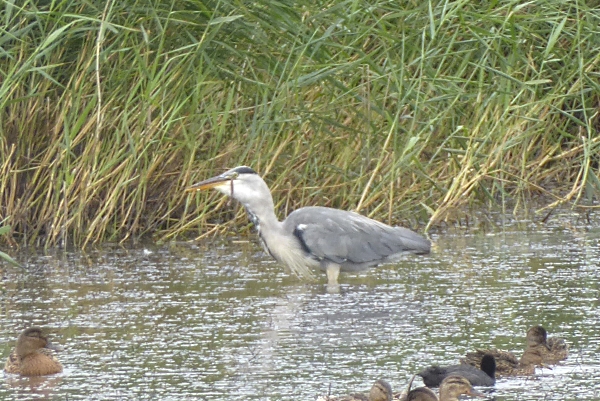 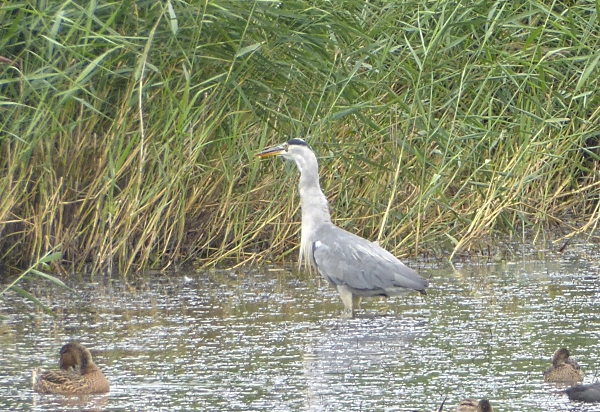