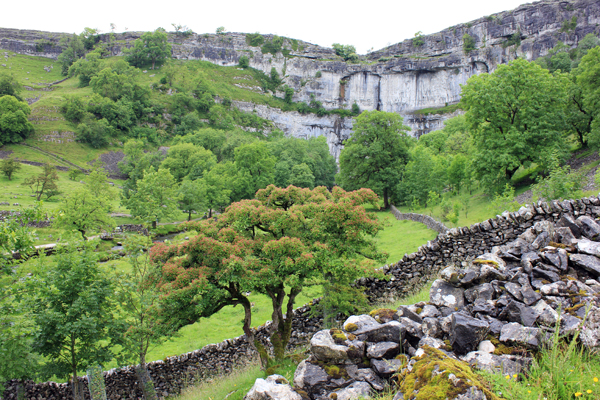 The MNA Coach parked beside the Yorkshire Dales Visitor Centre in Malham village and after donning waterproofs against the typical English Summer weather we were soon listing slightly unusual botanical sights like a huge coppiced Laburnum Laburnum anagyroides and a Bay Willow Salix pentandra beside Malham Methodist Chapel. Butterbur Petasites hybridus leaves lined the banks of Malham Beck and a Tree of note in Dingle Dell was Yellow Buckeye Aesculus flava with similar shaped leaves to Horse Chestnut. Swallows, House Martins, Sand Martins and Swifts were hovering insects at speed above and around us. Wren and Song Thrush in full song, twittering Goldfinch and a Grey Wagtail perched in a tree beside the Beck. John Clegg tried to add Kingfisher but the larger than life sculpture on the bridge didn’t fool us. 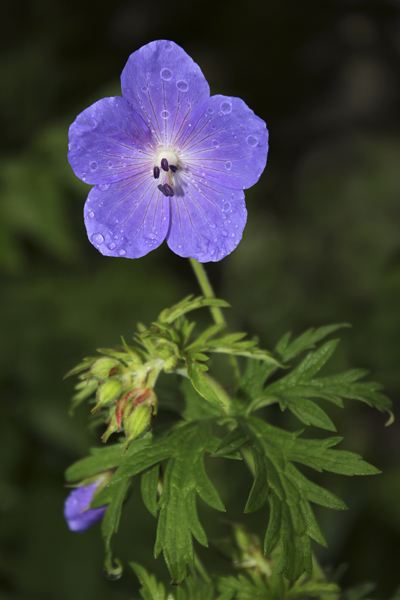 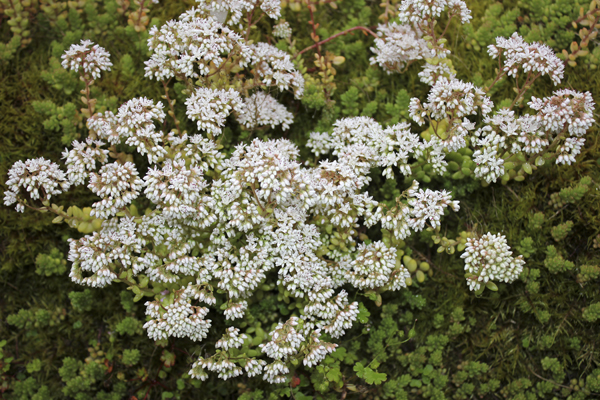 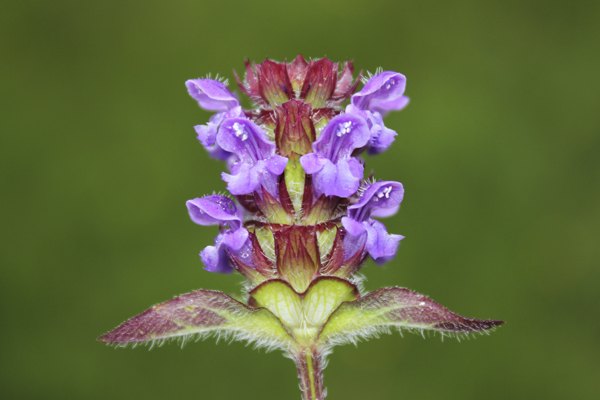 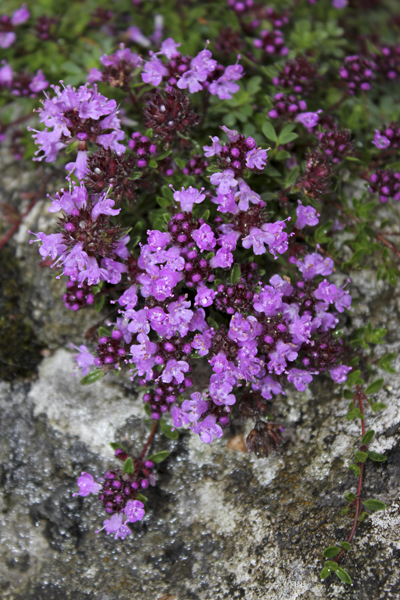 In front of us was the curved limestone ampitheatre of Malham Cove. This cliff face was formed along the line of the Middle Craven Fault through ice and water erosion but nowadays the water flows underground through fissures in the limestone exiting at the foot of the Cove into Malham Beck. (On our return coach journey DaveB passed around an aerial photo from December 2015 when torrential rainfall from Storm Desmond briefly created a waterfall as it sent torrents cascading over the 260ft cliff face for the first time in hundreds of years.) 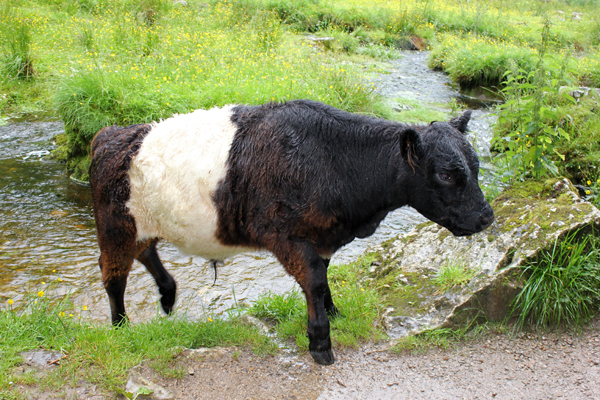 We headed over to the Peregrine Viewpoint where staff and volunteers from the RSPB and the Yorkshire Dales National Park Authority (YDNPA) had scopes set up on the two Peregrine chicks that have fledged this year. Given the inclement weather they were hunkered onto the cliff but for the past few weeks have been honing their flying skills around the cove. This is the 20th year that Peregrines have successfully raised chicks at this site. A small herd of Belted Galloway cattle were providing alternative entertainment browsing on the Ash trees running along the beck edge, craning up their necks and extending their tongues to grab the leaflets – or given a helping hand by ChrisB and our driver Jed. 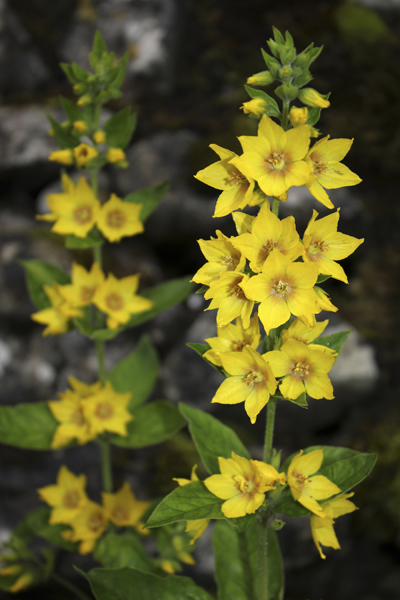 We wandered back along the track towards the village and in the absence of any ‘Corpse of the Day’ we decided on ‘Mollusc of the Day’ the cutey Brown-lipped Snail Cepaea nemoralis. Their slimier cousins adorned the Meadow Buttercups in the form of Black Slug Arion ater red form and Slug Deroceras sp. Back in the village a profusion of Yellow Loosestrife Lysimachia vulgaris was growing beside a stone wall and we decided a new Fern for the day was Southern Polypody Polypodium cambricum. Trooping Crumble Cap Coprinellus disseminatus and some Artist’s Bracket Ganoderma applanatum were growing on the remains of a dead Tree. 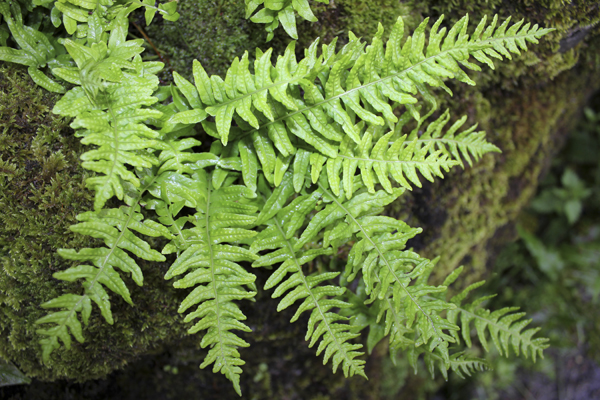 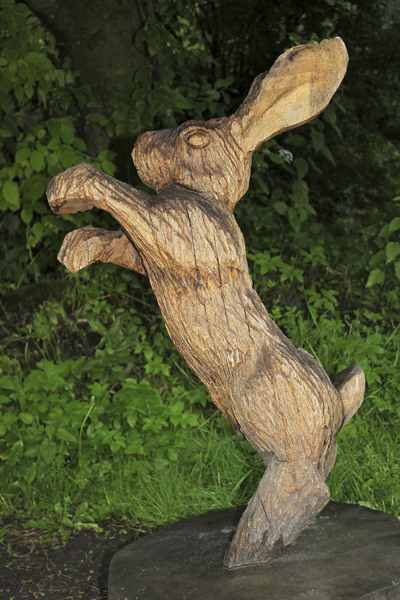 Whilst ChrisB and I sat outside the Lister Arms with a pint busy putting the world (or should I say academia) to rights, DaveB led a small group of members along to Gordale Scar. They had a Blackcap singing and a brief snatch of Redstart song coming from a grove of Sycamores and Ash, Green Woodpecker in flight and a very ragged Common Buzzard hovering in the breeze above the crags with fairly large prey in its talons. More plants with Wild Marjoram Origanum vulgare, Agrimony Agrimonia eupatoria, Upright Hedge-parsley Torilis japonica, Imperforate St John’s-wort Hypericum maculatum and Common Spotted-orchid Dactylorhiza fuchsia. On the return walk they heard a Curlew frequently calling.

John Clegg wandered along to the waterfall at Janet’s Foss where Gordale Beck flows over a limestone outcrop topped with tufa into a pool below that was once used for sheep dipping. Janet was apparently a fairy queen that lived in a cave nearby. John didn’t spot Janet but did see half a dozen Dippers along the beck.