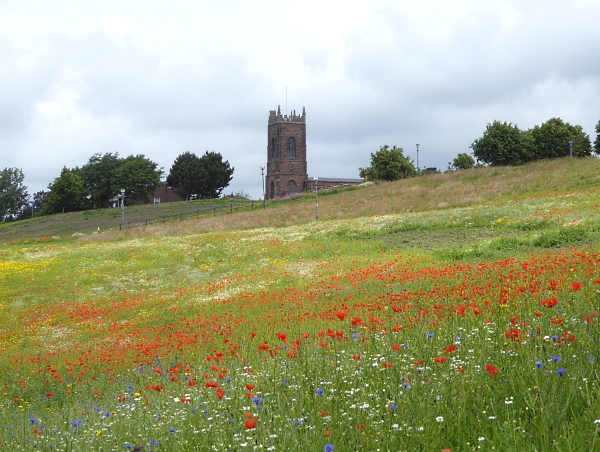 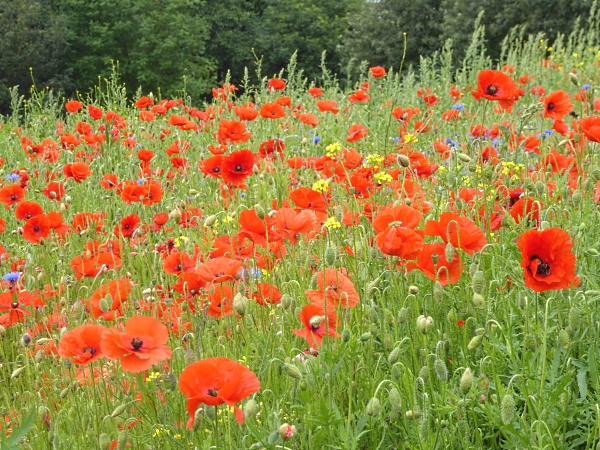 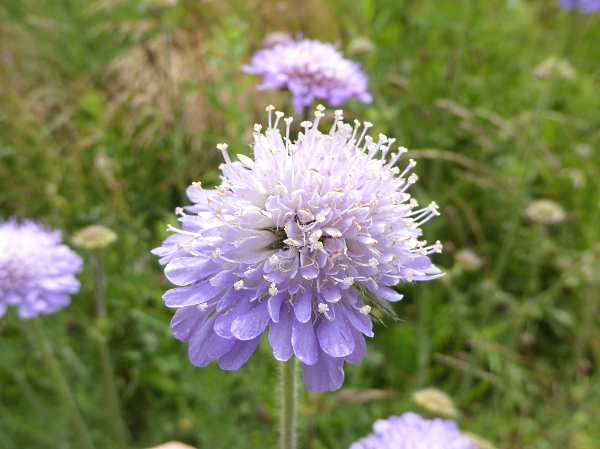 The Creeping Thistle had loads of 5-spot Burnet Moths, some mating. 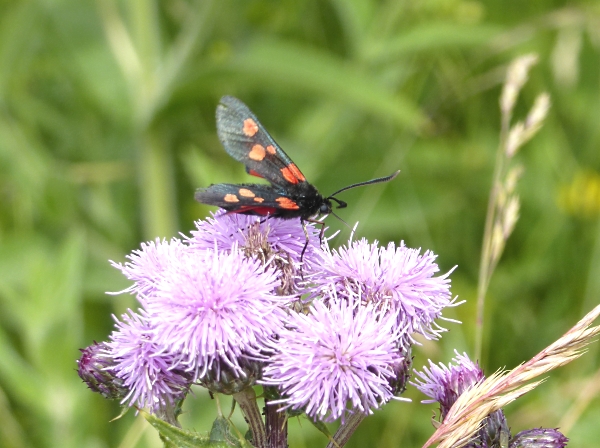 There were 7-spot Ladybirds on the Creeping Thistle, too, and we saw Large White butterflies and a Small Tortoiseshell. There were just a few Ragwort plants, and we saw no Cinnabar moth caterpillars on them. One Cherry tree had some curled-up leaves, and inside were broods of some kind of Blackfly, apparently tended by ants. One curled leaf also had froth and froghoppers, perhaps unconnected to the Ant / Blackfly communities, just there opportunistically. 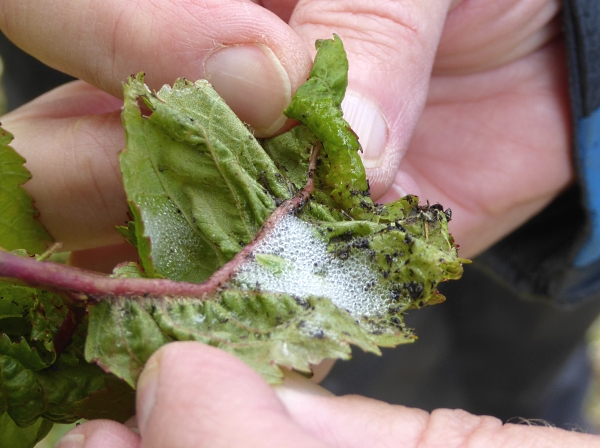 We lunched under the Pergola with wonderful views over the city. We were so high up, a Swift flew below us. 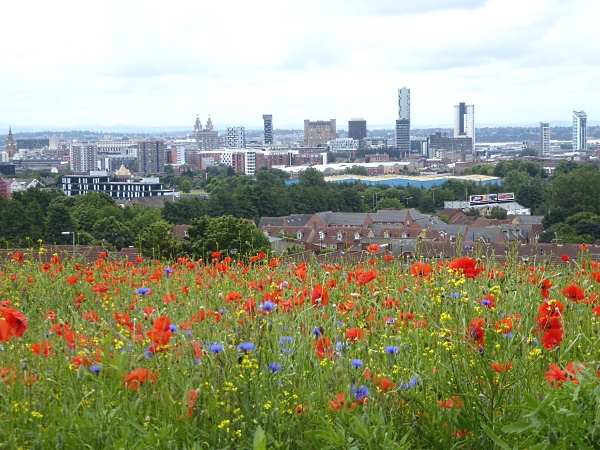 Then we walked along Shaw Street, noting flowering Privet and a small shrub that looked like Robinia, with yellow pea flowers. Along Islington Square there is a border of Musk Mallow, Poppies and Viper’s Bugloss, which look very lovely together. On the corner of Gildart Street we noted a large stand of Japanese Knotweed, and there were clumps of Gallant Soldier on the edge of the pavement by the empty Norton Street bus station. 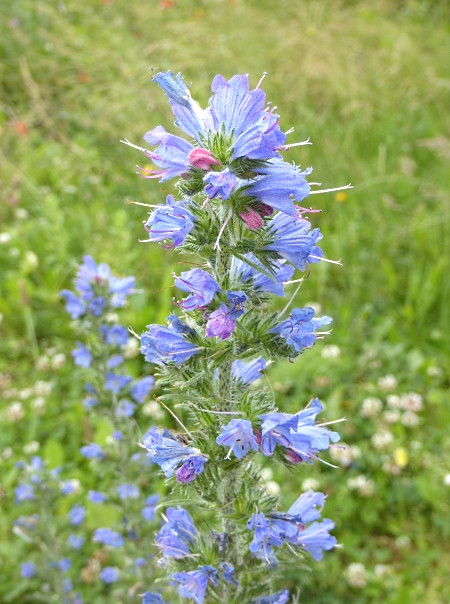 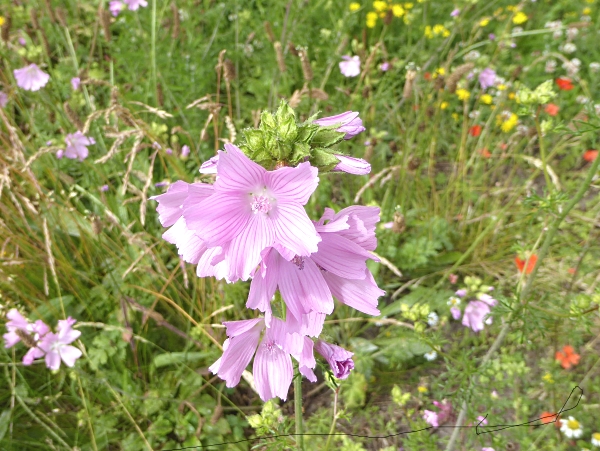 It was threatening rain, so we were heading for the Museum. The Wildflower Meadow outside had some spikes of a pink pea flower, which was probably Lucerne, and a tall yellow one which was later identified as Dark Mullein. 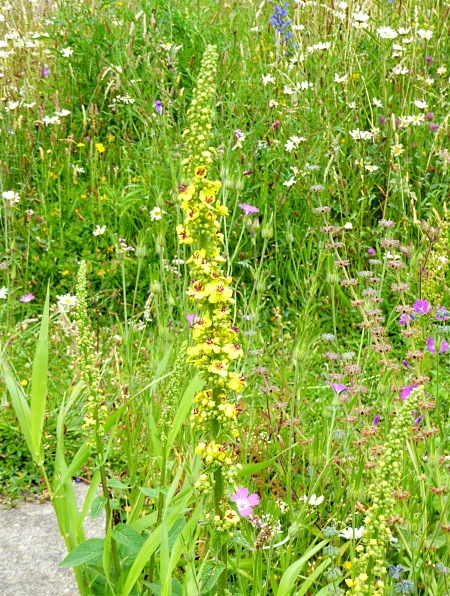 We met former MNA Secretary Steve Cross, who works in the Natural History Unit, and he said they had surveyed that patch and identified 120 plant species. He also said there was another plant along nearby pavements, not Gallant Soldier, but the similar Shaggy Soldier, more obviously hairy. We will look more carefully at the next lot!  They got out their model of a Great Auk egg for us, which is like a Guillemot’s, but much bigger. 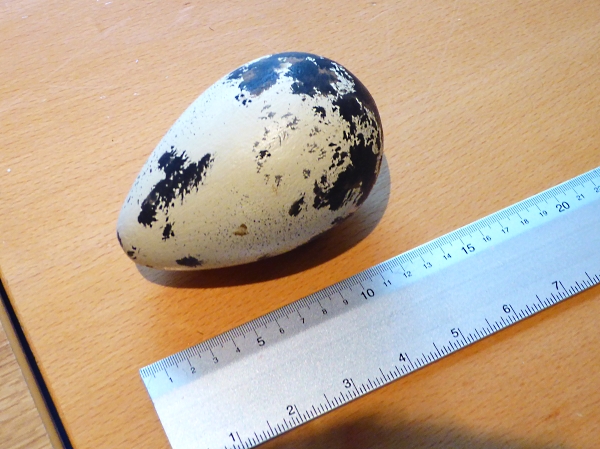 It was National Insect Week. Inside the Bughouse a lady was enthralling children with close encounters with various live invertebrates. They couldn’t touch, but peered inside the open containers at various large Millipedes and Cockroaches, and also Emperor Scorpions and Red-kneed Tarantulas. 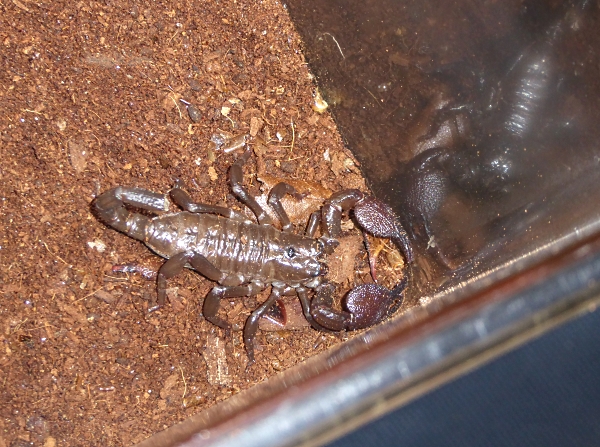 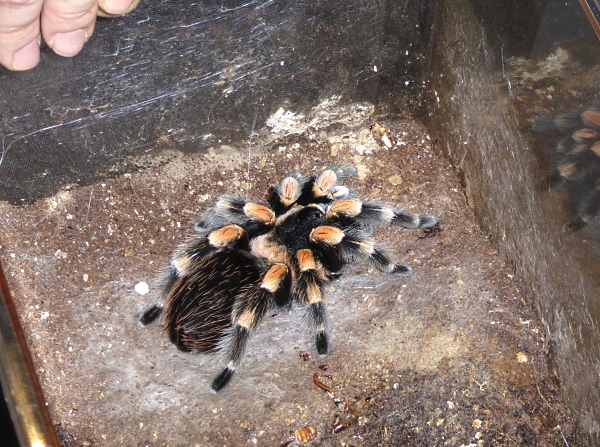 I was surprised to learn that the Bughouse is officially a Zoo, the smallest in the UK, set up for educational purposes. They have a few endangered species there including Fire Salamanders, Yellow-bellied Terrapin and a few baby Seahorses. In small glassed enclosures they also keep  Fruit Beetles Pachnoda marginata from Africa, and Indian Domino Cockroaches Therea petiveriana, which mimic Indian Ground Beetles Anthia sexguttata. The Bughouse was the first to breed Indian Ground Beetles in captivity. 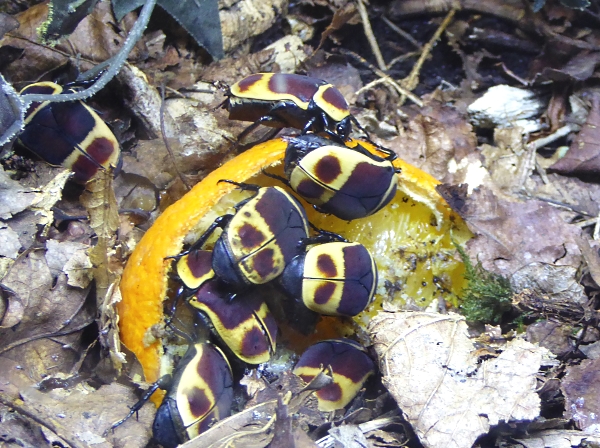 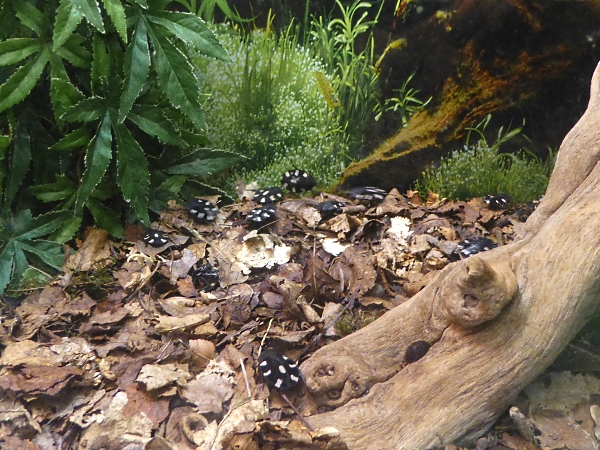 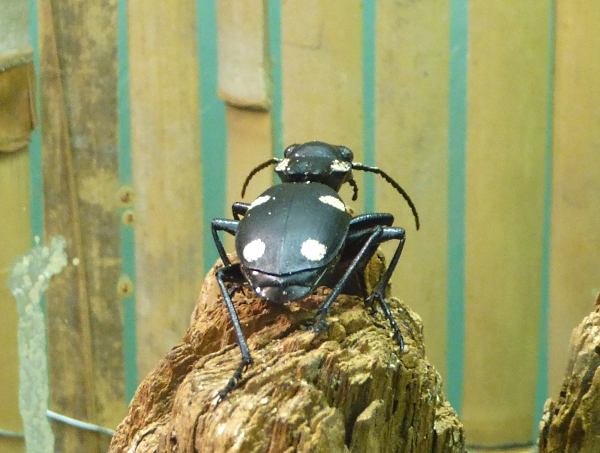