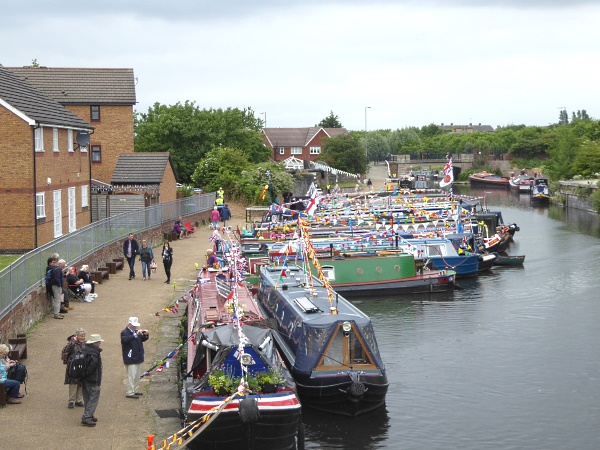 The Inland Waterways Festival, celebrating the 200th anniversary of the Leeds-Liverpool Canal, was at the Eldonian Village. We didn’t go straight there, though. We started at the Pier Head, noting the Cunard Building festooned with giant tulips to celebrate 100 years since its opening. Then we gazed on the cruise ship Disney Magic, with its sun decks, its water slides around the funnel, and the cartoon character Pluto re-painting the ship name. 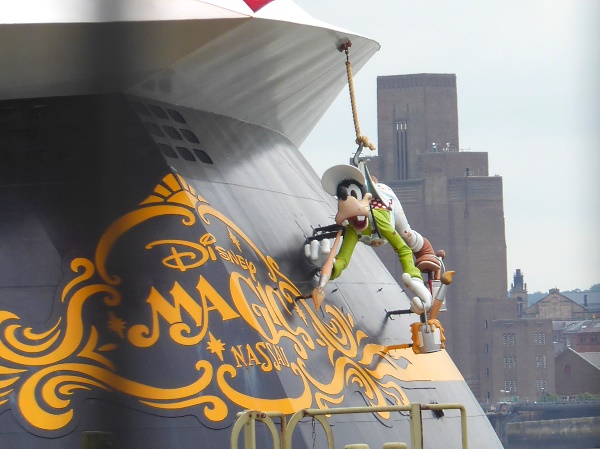 Then we walked along the dock road (Waterloo Road), up Oil Street and along Great Howard Street to the gap in the wall opposite the tobacco warehouse, leading into Stanley Locks.  Roadside flowers on the way included Foxgloves, Bramble, Gallant Soldier, Poppies, Ragwort, Cow Parsley and lots of Buddleia not quite ready to flower. On the banks of the Stanley Locks were Elder, Dog Rose, masses of Bramble and Common Mallow. 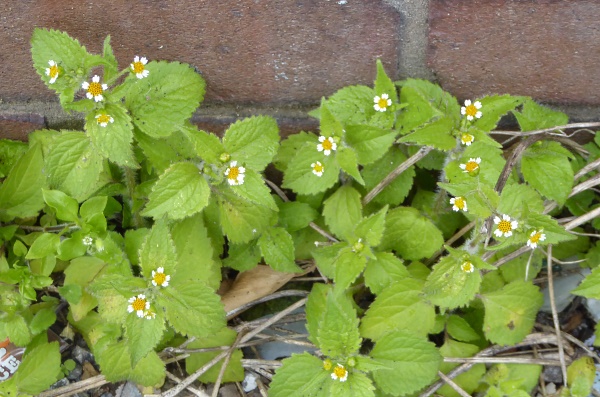 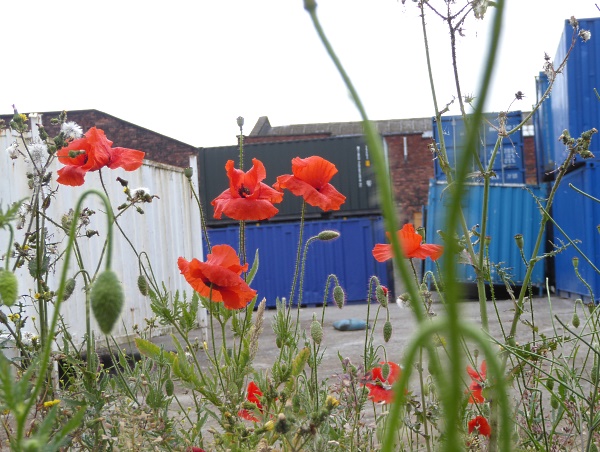 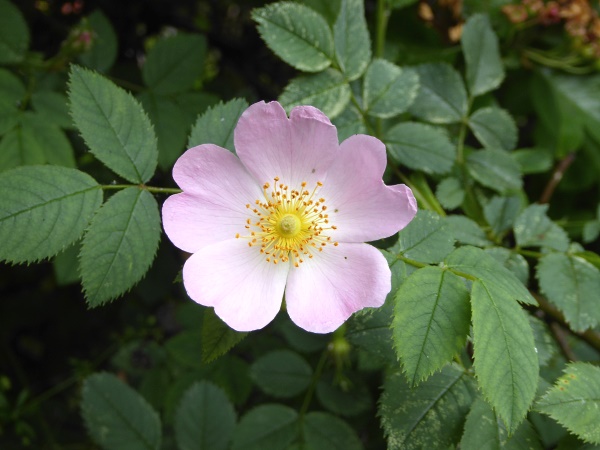 There was a huge gathering of  narrow boats on the canal and the banks were full of stalls and exhibitions. Not much wildlife, and all the Canada Geese which live here must have decamped for the duration. The only Mallards were these wooden ones on the roof of one of the boats. 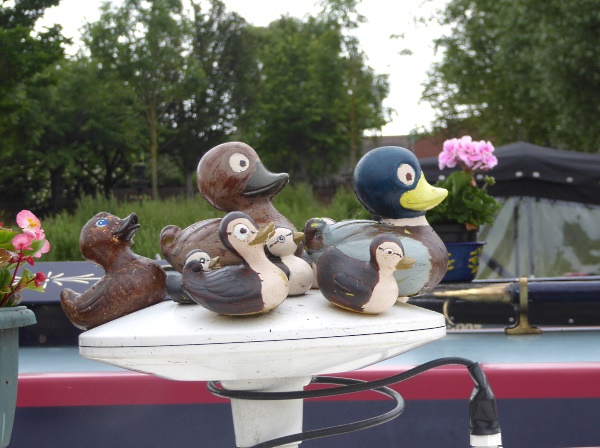 There were some people in Victorian bargee’s costume, and their horse was modelling an amazing crocheted hat, historically correct, used for keeping the flies out of its ears and eyes, to save it having to shake its head too much while on narrow towpaths. 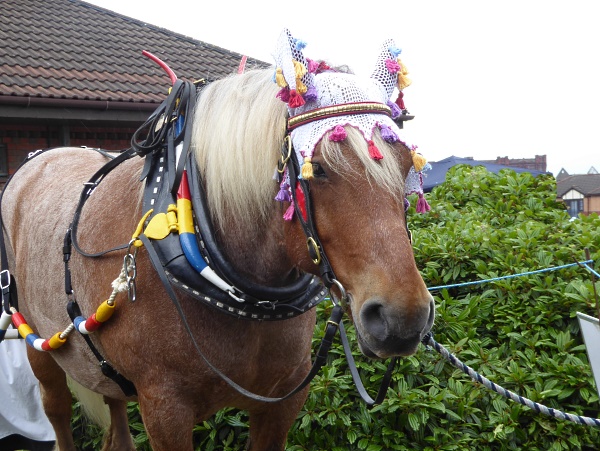 This morning I saw what must have been Sparrowhawk kill, right on the pavement alongside the main Liverpool Road in Crosby. It wasn’t a traffic accident, and there was no body!  I collected some feathers, and the consensus is that they are Wood Pigeon tail feathers.  The attacker must have been the female Sparrowhawk, possibly the same one who visited my garden last March, because the males are too small to take such big prey. Perhaps she has hungry well-grown chicks. 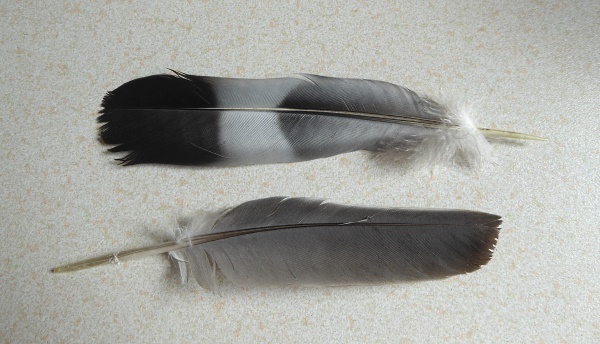 Last Thursday, 9th June, I found an Elephant Hawk-moth in my garden, amongst the Cranesbill. It wasn’t moving, just hanging on the stems, perhaps warming up. When I disturbed it, it didn’t seem to be able to fly, so I put it back carefully. Could it have been newly-emerged?  It was gone later, anyway. 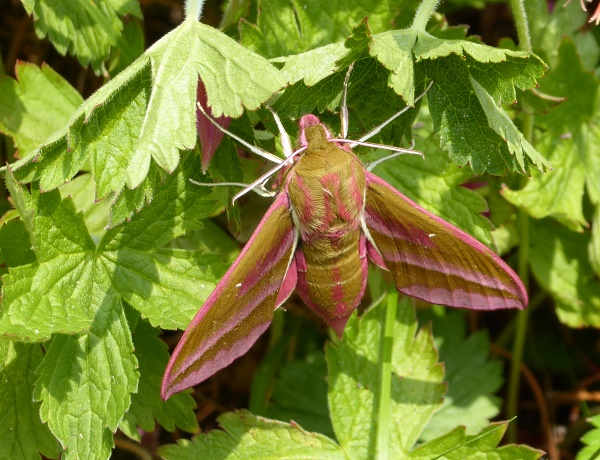