Our first Sunday walk of the year was a bit of a twitch, looking for the juvenile Great Northern Diver that has been lingering on West Kirby Marine Lake for a week or two. It wasn’t the best of days for it, being very cold and blustery, with leaden skies. While searching the lake, it was only possible to use binoculars or a camera without gloves for a few seconds, before our hands started going numb. We could see some birders with scopes out on the breakwater, and then we spotted the Diver on the far side, coming up briefly before diving again. I couldn’t get a picture, it was too quick and too far away, but a bonus was a pair of Red-breasted Mergansers about half way out. Two good “ticks” on the first walk of the year! 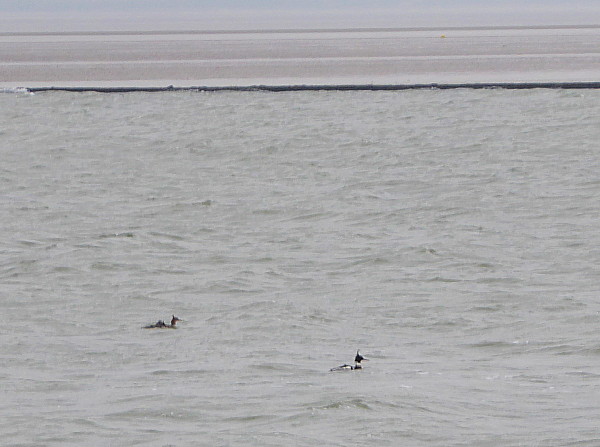 We lunched in Coronation Gardens, huddled on seats in shallow shelters. There is a new mural by local artist Barbara Singleton, depicting a far sunnier day. 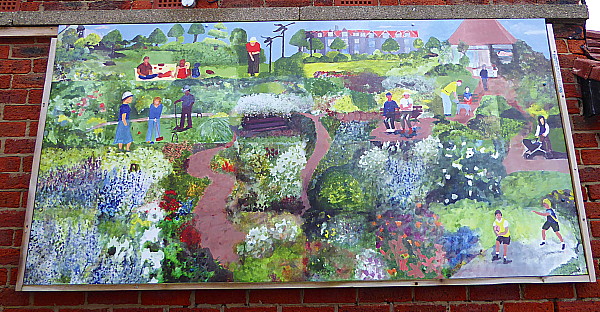 There is also a sculpture of three swans or geese, set up like weather vanes, which turned in the wind. 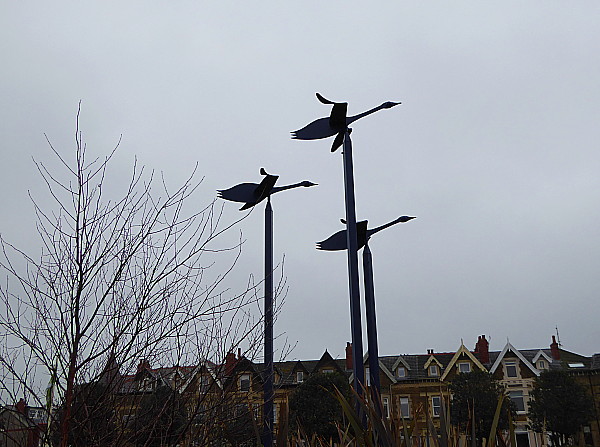 In Ashton Park some House Sparrows were tweeting, and on the lake were the usual Coots, Moorhens, Mallards, and some Tufties. One Coot was building a nest, something they seem to do all the year around, nowadays. The tree at the south end of the lake is another Atlantic Cedar. 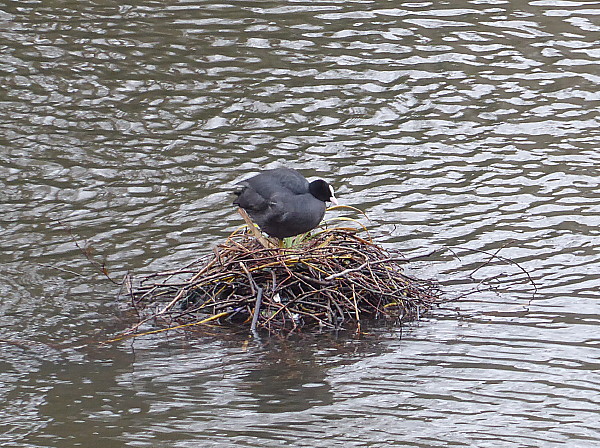 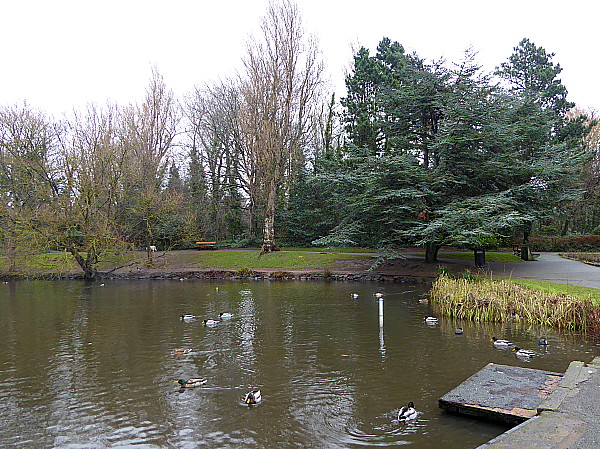 In the upper park, on our way to St Brigid’s churchyard, we noted a Robin and a Blackbird. Near the church gate there’s a tree like a droopy Yew, but I think it’s a Western Hemlock. I couldn’t see any of the little downward-pointing woody cones, though, so I’m not quite sure. I had hoped for an ancient Yew near the church, but there doesn’t seem to be one. But Snowdrops were just budding amongst the graves, there was a Grey Squirrel scampering about and lots of Goldfinches twittering in a bare tree. There was a Long-tailed Tit with them. We had hoped to get inside the church to see the Anglo-Norse (“Viking”) hogback stone dating to the 10th century AD, but no luck. The church isn’t open on Sunday afternoons.

Around the side of the church there were some old-fashioned wild roses in bloom, and the bushes bear the signs of many years of pruning to the same shape. 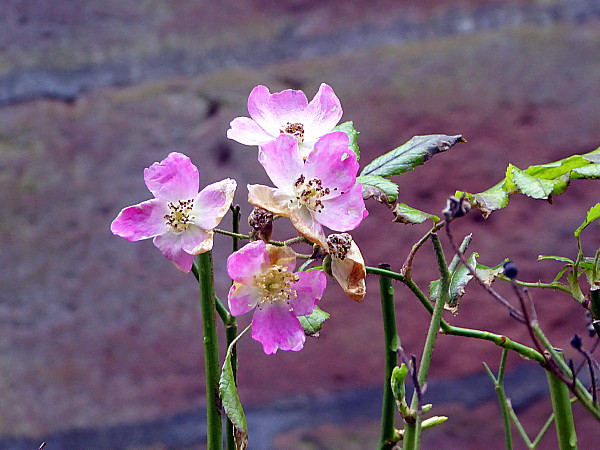 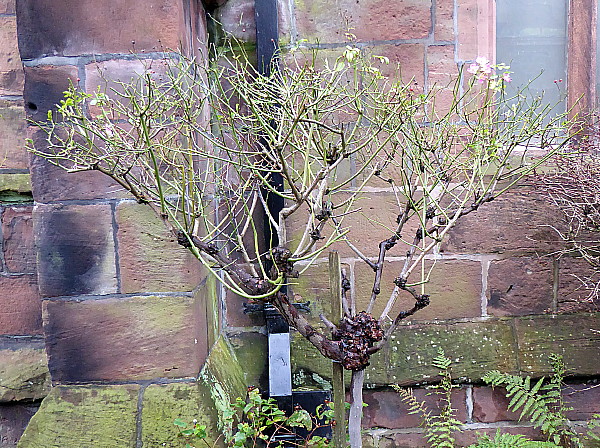 My Trees of the Day were the old Cherry Trees forming a short avenue leading downhill from the church. They will be stunning when they are in flower. 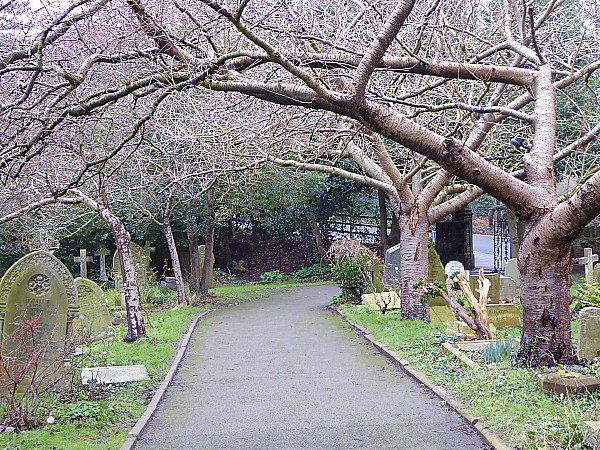