We had a later start today because of a Heritage Open Day appointment at noon at Princes Road Synagogue. In Upper Parliament Street there was a large orange and black ladybird on a shrub-sized Italian Alder. It was as big or bigger than the common British Seven-spot Ladybird, so doubtless one of those invasive and variable Harlequins. 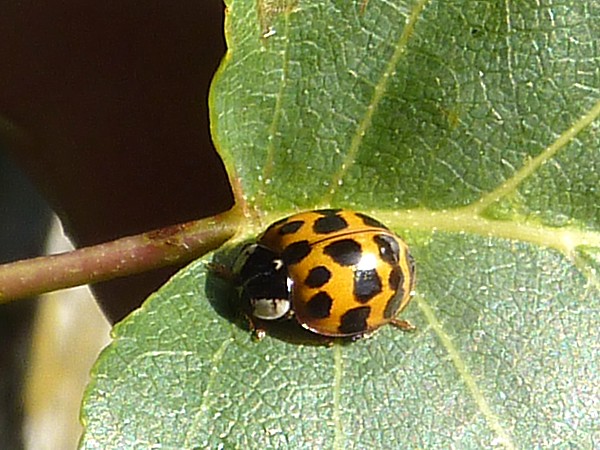 The Synagogue tour and talk was most interesting. 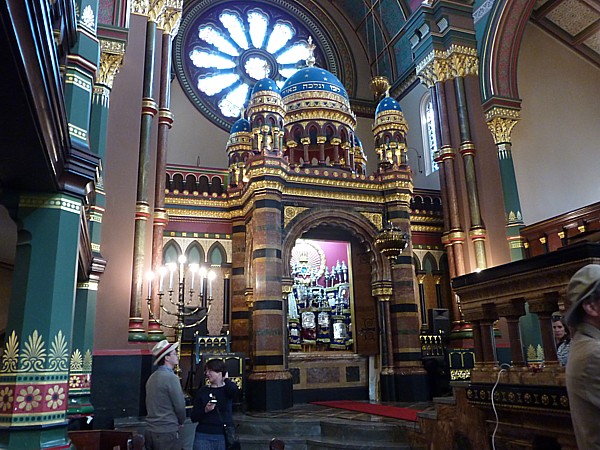 Afterwards we set off along Princes Avenue towards Princes Park for our belated lunch. Princes Park, like Botanic Park, is Grade II* listed. It was designed by Joseph Paxton and opened in 1842, one of the first parks in England to have public access.

We spent the next hour or so looking for trees. According to the Tree Register‘s database,  there are supposed to be two Indian Bean Trees in the park, one the County Champion for height and the other the County Champion for girth, located on the north west edge. We took that to be somewhere along the Croxteth Road edge, but they were nowhere to be seen. There was a splendid Hornbeam, though, with four or five trunks and a lovely spreading shape. 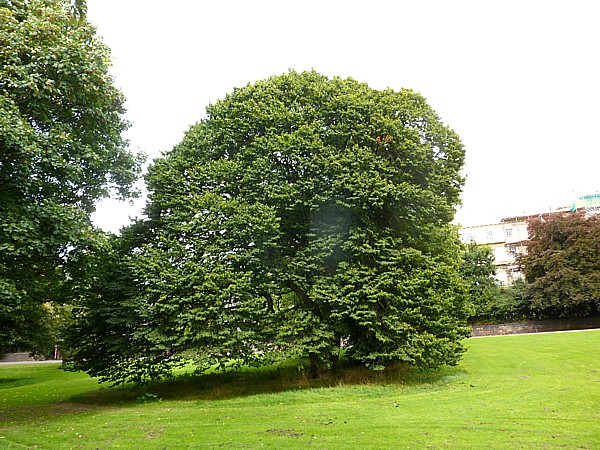 There were no birds of interest on the lake and lawns, just Mallard, Canada Geese, Magpie and Black-headed Gulls. We found another tree we were hunting for, just north of the lake. It was a Willow-leafed Pear, Pyrus salicifolia, the County Champion for girth, at 154cm (about 5 feet) and a height of 20 ft. Sadly, some of the branches have broken off at the shoulder-height graft, making it lopsided. The little pear fruits are said to be inedible, hard and astringent. 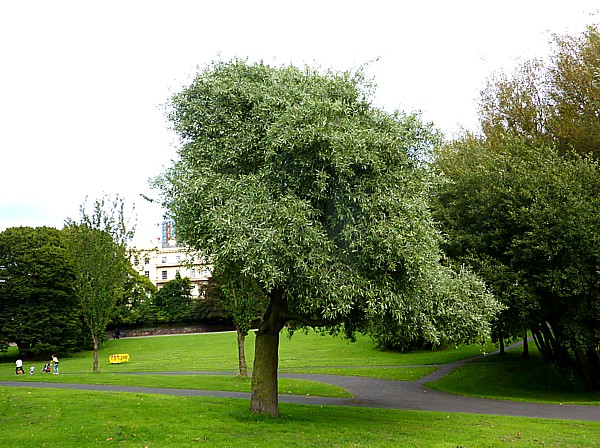 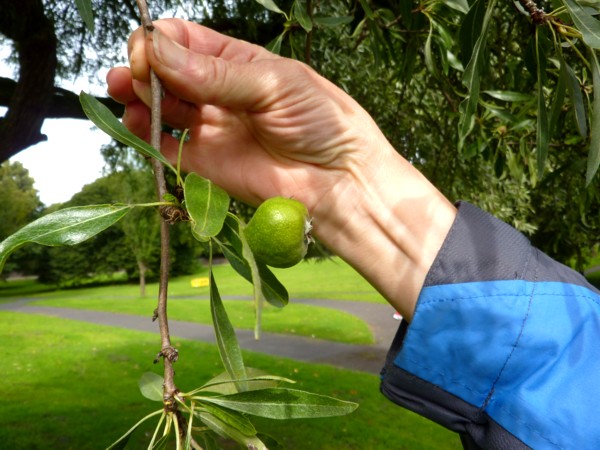 On the subject of trees, I was at Chester Zoo last week and went to look at the trees on the Oakfield lawn. The two big Cedars that I remembered being there weren’t Cedars of Lebanon at all, but Himalayan Cedars or Deodars, Cedrus deodara, which are thought to be over 100 years old. They have the same upright cones as Cedrus libani, but the form of the tree doesn’t have the flat “plates”, and the foliage is subtly different. I wonder if the trees we recently identified as “Cedars of Lebanon” (in Botanic Gardens and St Chad’s Kirkby) were really Himalayan Cedars? 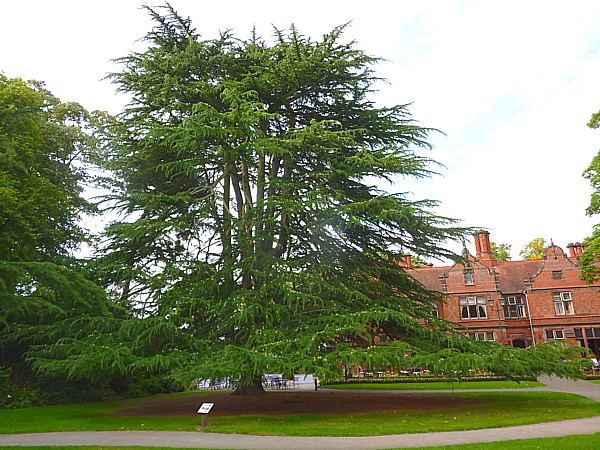 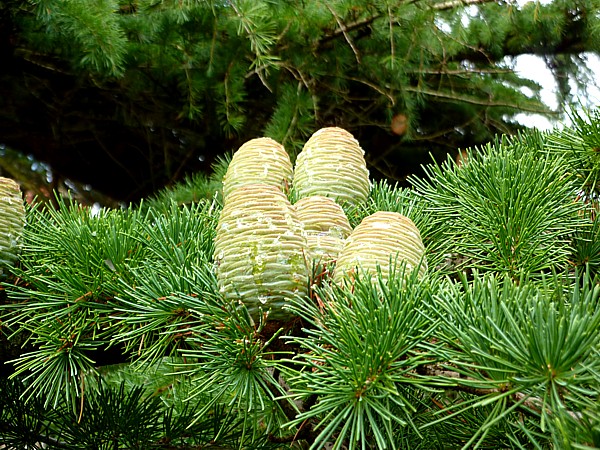