A Sparrowhawk in my garden

On Monday (30th March) a Sparrowhawk killed a Wood Pigeon in my garden and it has been coming back at least twice a day to feed on the carcase. 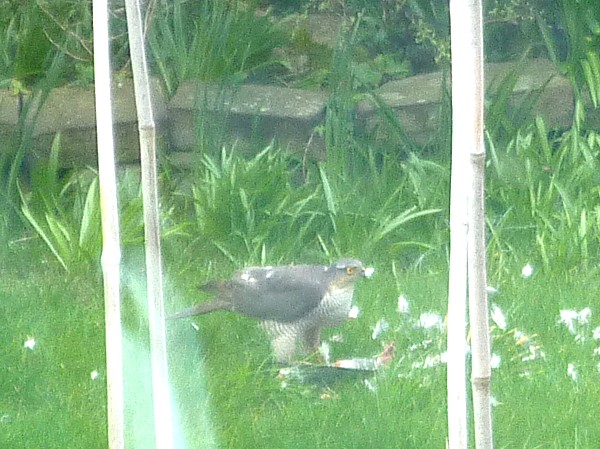 The kill was on Monday afternoon. I was just coming back from the bin, and in a split second I heard the Wood Pigeons on the lawn clap their wings as they lifted off , then something grey and white whizzed past my shoulder and there was a flurry on the lawn. When I looked out of the kitchen window, there was the Sparrowhawk, “mantling” the WP, which was still struggling sporadically. As I watched, the Sparrowhawk started to pluck and eat the unlucky victim.  After a minute or two I wondered if I could sneak out quietly to take some pictures, but despite my best efforts at stealth, the very alert Sparrowhawk flew off. I thought it had taken the corpse with it, but it must have dropped it a few yards away. 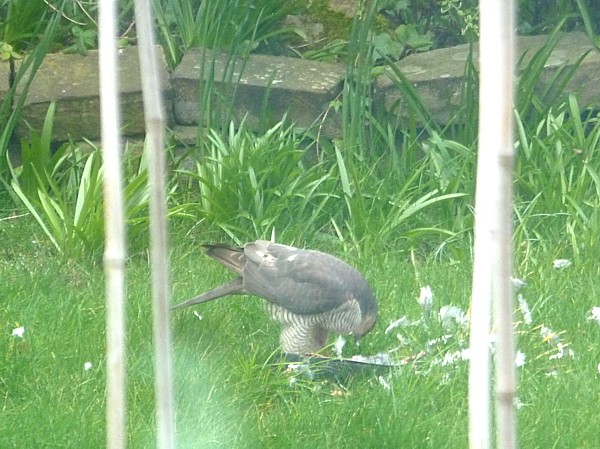 Next morning, there was a circle of feathers at the back of the lawn, and I thought there had been a second kill, but then realised that the remains must be the same dead WP that the Sparrowhawk had dropped, and it had come back in the early morning to feed again. I left it, and was rewarded with more good views of the Sparrowhawk, back again at about 4pm, and this morning at 9-ish for a fourth feed off the remains. The pictures above were taken through the kitchen window! 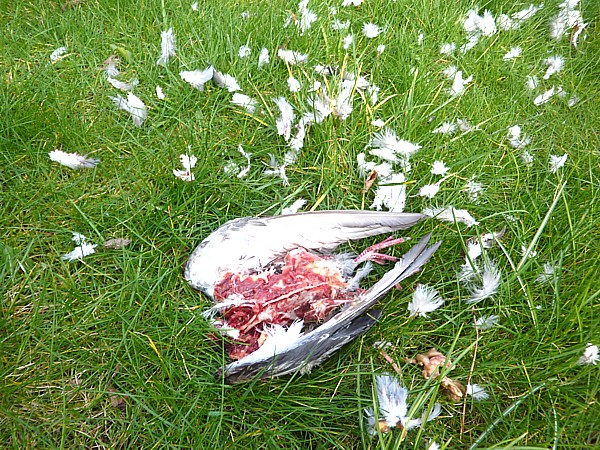 There still looked like plenty of meat left on the WP, and at around mid-day today the Sparrowhawk came back and took the much-lightened load away.