Today was cloudy and overcast, and still quite chilly, but the sun was promised later.  A singing Robin welcomed us to Dibbinsdale, and as we descended the steps we also saw a Great Tit, a Blackbird and a Magpie. Far over to the left a Great Spotted Woodpecker was drumming. 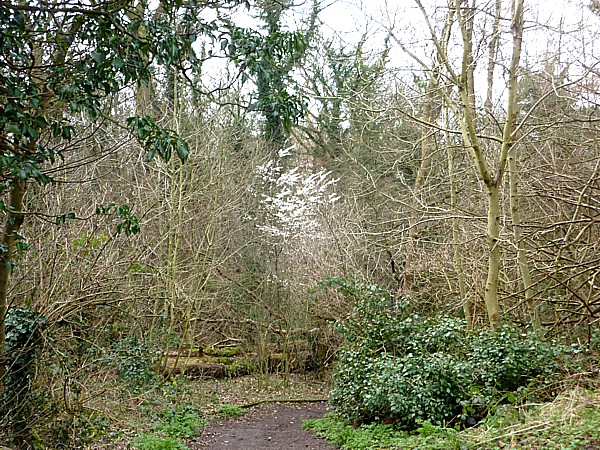 We turned right instead of our usual left at the bottom of the steps. Lots of birds about in the woods today. We saw Great Tit,  Wood Pigeon, Buzzard,  two Jays, and some Mallards and a Moorhen on the Dibbin. Two Coal Tits were poking about on high tree branches, looking for insects in crevices.  The loud call “Wheep, wheep, wheep” was a Nuthatch, and then we spotted a Nuthatch and a Blue Tit apparently having a barney over a tree hole, but a Great Spotted Woodpecker was already in it!

The Wood Anemones were just starting to come out, with only the earliest flowers showing, and without sunshine to encourage them they were partially closed. 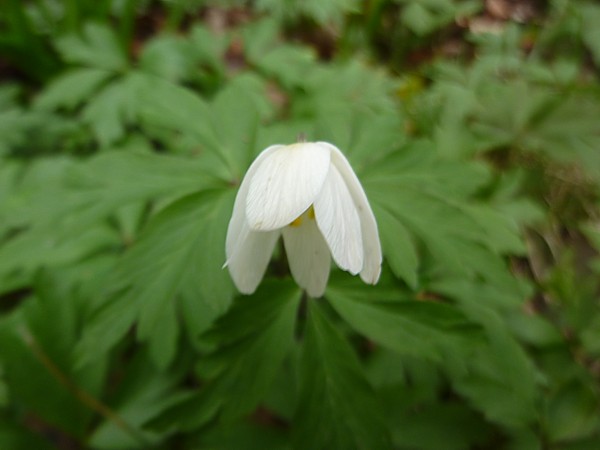 All the fallen trees are left to rot down. This giant looks recently-fallen, perhaps brought down by high winds. 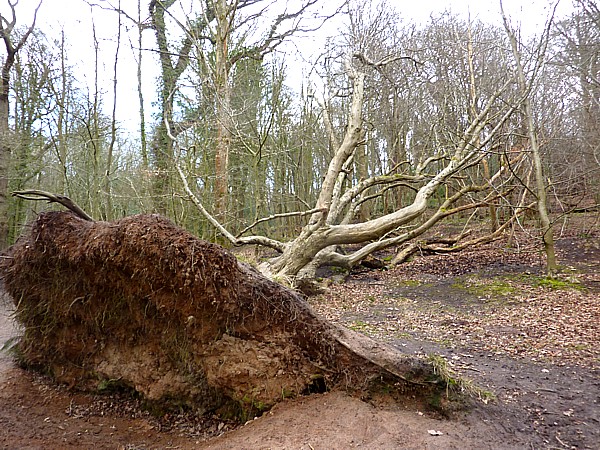 One Horse Chestnut had been cut down, and the stump had masses of regrowth. The other end has been carved into a dragon’s head. 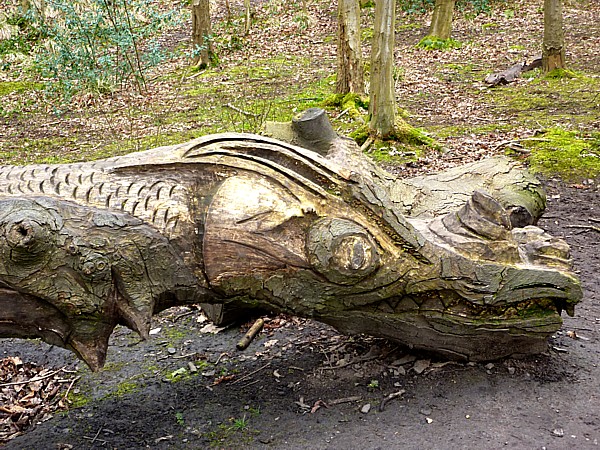 As we approached Otter’s Tunnel the sun came out and we noted that some trees had Bat boxes fixed high up on the trunks. Just over the bridge at the other end of the tunnel, in the corner near walk post number 4, we spotted some bright red fungi. The biggest was about two inches across, and we think it was Scarlet Elf Cup, although we had imagined them smaller. 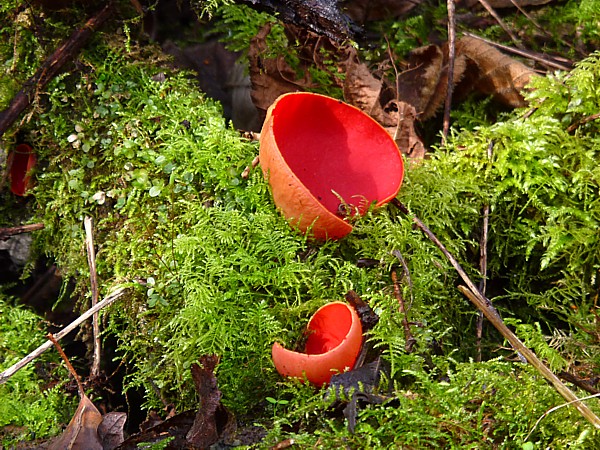 The same corner has a patch of Opposite-leaved Saxifrage, and on the other side of the water two Marsh Marigolds were out. Along the causeway through Babb’s Meadow Reedbed, we spotted more Scarlet Elf Cup on rotten logs in the water. 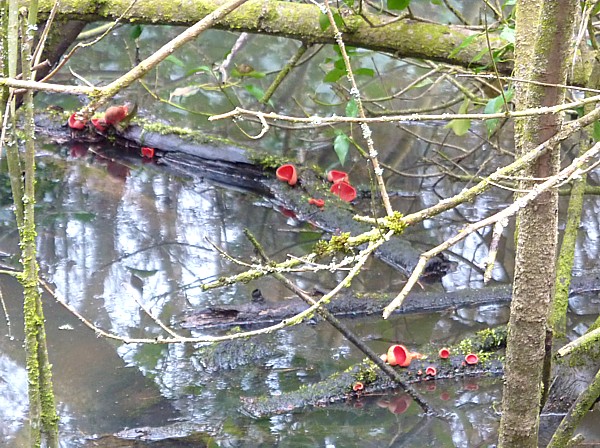 One tree bore this tuft of Lichen.  I think it’s Oakmoss Evernia prunastri. 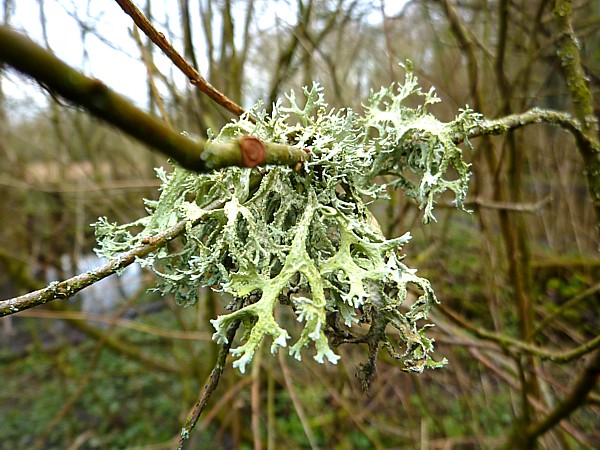 One Ash tree by the side of the path had a bright metal label, with a number and the word “Ashtag”. Is it perhaps being surveyed for for Ash Die-back disease? 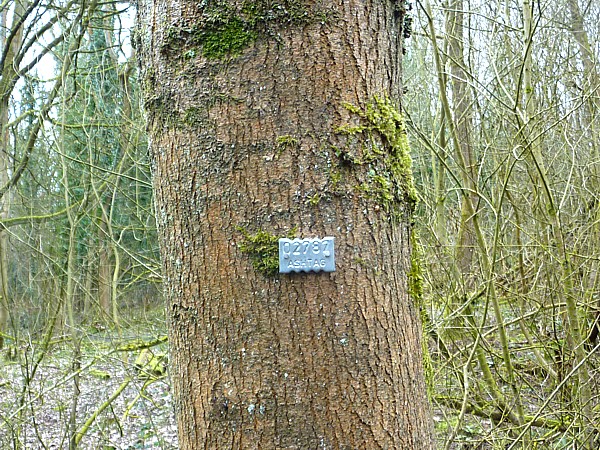 We heard a Treecreeper, and some of us spotted it flying away. But there was no sign of the usual Heron today, so perhaps it has gone off somewhere to breed.  On logs by the side of the path were some splendid specimens of the fungus King Alfred’s Cakes. 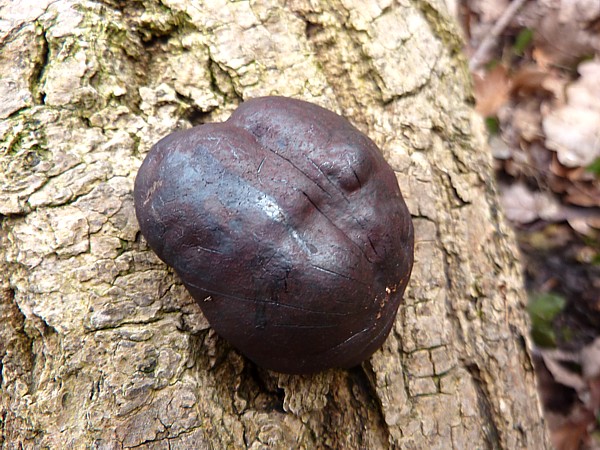 We lunched by Woodslee Pond. There was no frog or toad spawn that we could see. In fact, there are still not many signs of Spring. We haven’t heard a Chiffchaff, there’s no Coltsfoot and no Blackthorn, just the confusing white blossom of early cherry trees, with brownish bark, not black, and no thorns. (See first picture above) 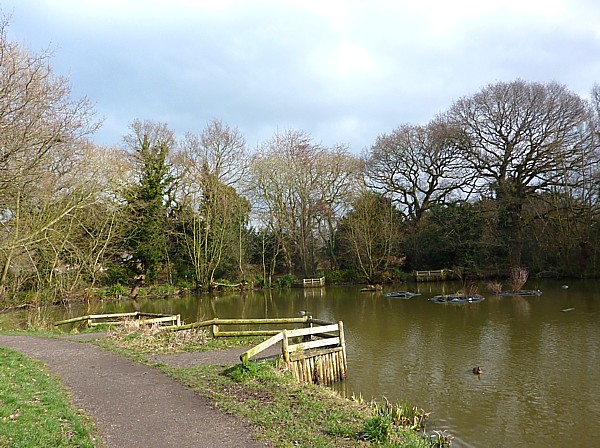 On the edge of an open space there were some young conifers, six to twelve feet high. I think they were European Larch. 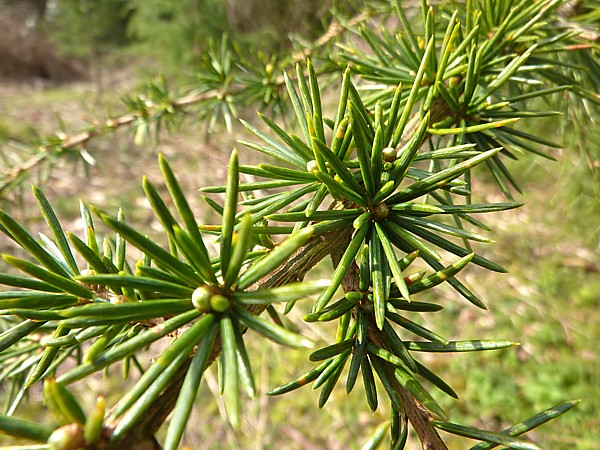 We walked back the same way and spotted Celandine flowers we had missed earlier, but perhaps they had only just opened to the sunshine. 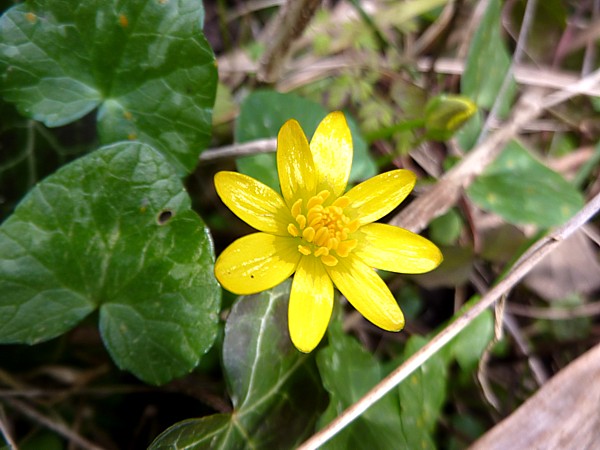 At the edge of a clearing at the top of the steps we caught a brief flash of a Sparrowhawk flying into the trees. We were examining a tree with black buds, but they were arranged alternately, so it wasn’t an Ash. What had caught our attention were the small reddish cones or buds.  I think it’s Elm, possibly Wych Elm. 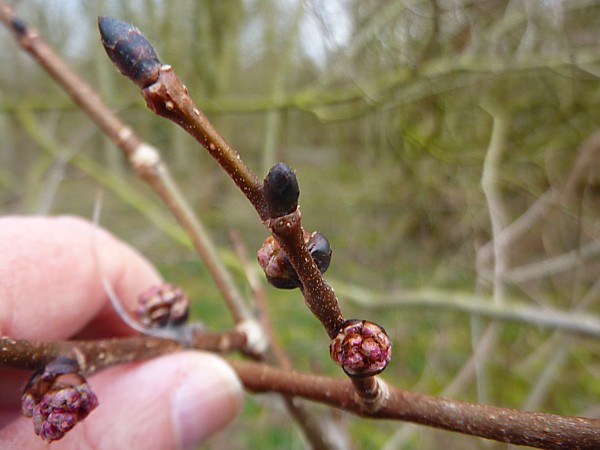 The path then took us parallel to the railway line, and it was probably Brotherton Park by then. These russet-brown fungi seemed to be growing on some dead logs, possibly Ash. The colour and radial lines suggest Birch Knight, but that is only supposed to grow from June to October, so I’ve no idea what it was. We didn’t inspect the gills or the stem. 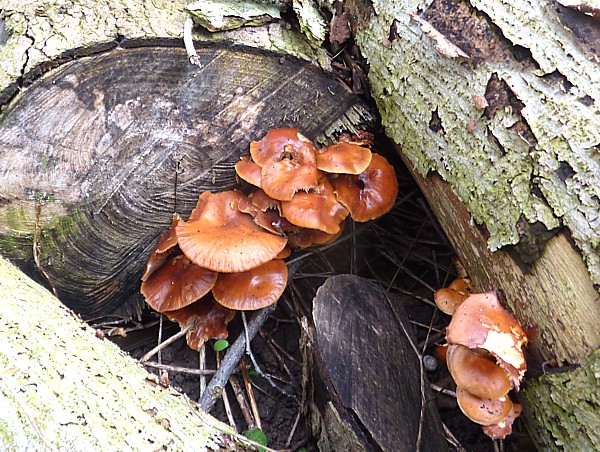 There were Molehills alongside the path, which eventually came out right next to Spital Station.  There is a Primrose bank by the station, somewhat spoiled by the discarded coffee cups and plastic wrappers. ( I couldn’t “garden” them away because they were behind a fence!) 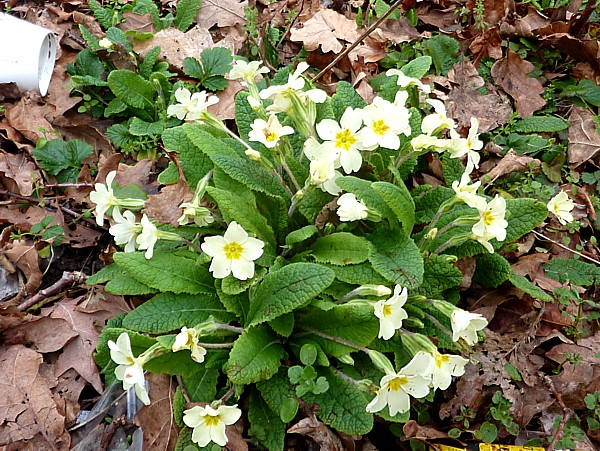