It was a wet morning for our seventh section of the Trans-Pennine Trail, although the forecast was that it would clear up about lunchtime. This is a very peculiar bit of the trail, awkwardly connecting a small bit of traffic-free path near Aintree station to a gap in the main path, by going along parts of the main roads near Aintree racecourse. 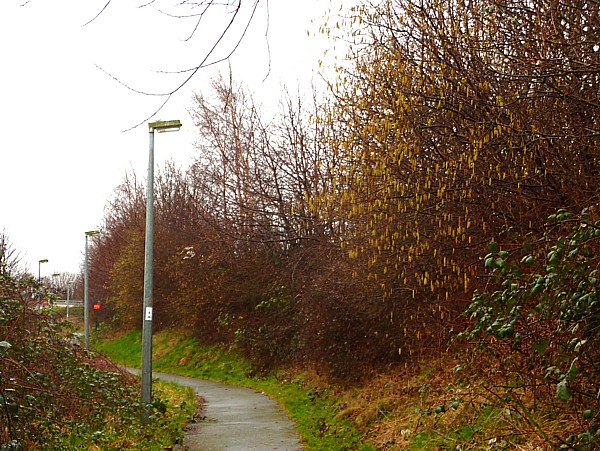 We saw our first sign of spring just as we got off the bus – a Hawthorn in the hedge was just coming into leaf. It was the only leafing Hawthorn we saw all day, so perhaps it’s in a very sheltered spot. 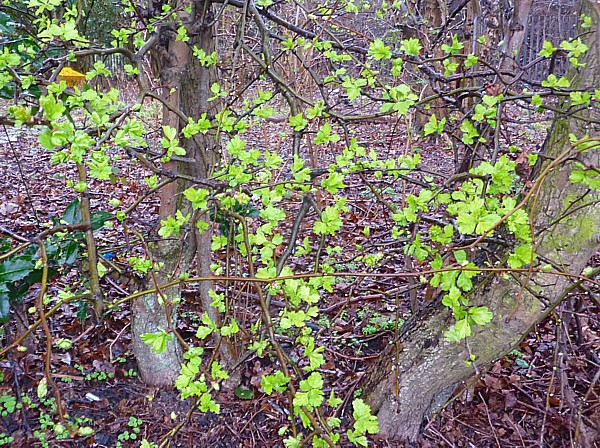 We stopped by Wally’s steps which lead from Ormskirk Road down to the canal, where we’d left the trail on our previous section. There were a couple of Coots and a Moorhen, and lots of rubbish collecting at the canal edges. 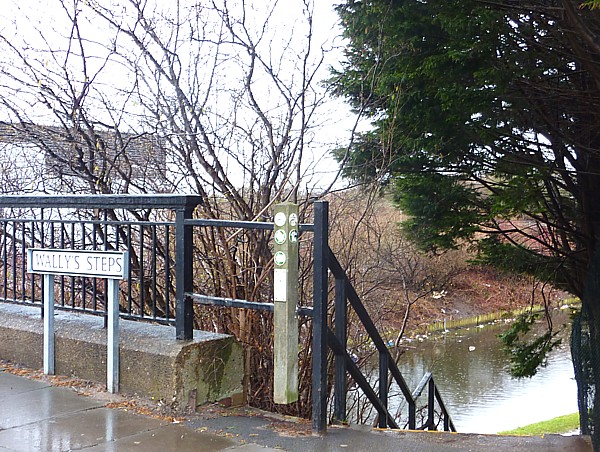 We turned left into Heysham Road (no TPT direction sign here), passed under a narrow railway bridge and found the traffic-free path past the Carillion factory. On each point of the factory roof was a gull, either a Herring Gull or a Lesser Black-backed gull.  Male Blackbirds were fighting over stretches of the path, and we also saw a Robin, a colony of Sparrows, and several bold Magpies. We have had some warm days in the past week, and hoped to hear a newly-arrived Chiffchaff, but we had no luck. Although we heard one last year on 9th March, none has been reported in the UK so far this year. All along the path the Hazel catkins were out, and we stopped to look at the inconspicuous female flowers, growing further back on the twigs, showing red stigmas.| 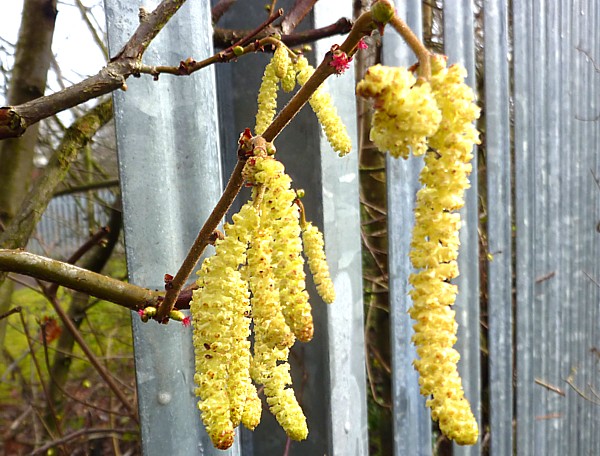 We lunched at Aintree Station, and the rain stopped at last. Then we crossed the main road, turned left into Melling Road, then right into Greenwich Road and found the access ramp to the Loop Line.  A brightly-coloured male Chaffinch was watching us from a tree, and we also spotted two Blue Tits, a Great Tit, a Coal Tit, a Robin and some more Sparrows. A Greenfinch called, but we didn’t see it. We were hoping for our first Coltsfoot, but there were none to be seen, just some very early Cow Parsley, drooping after the rain. 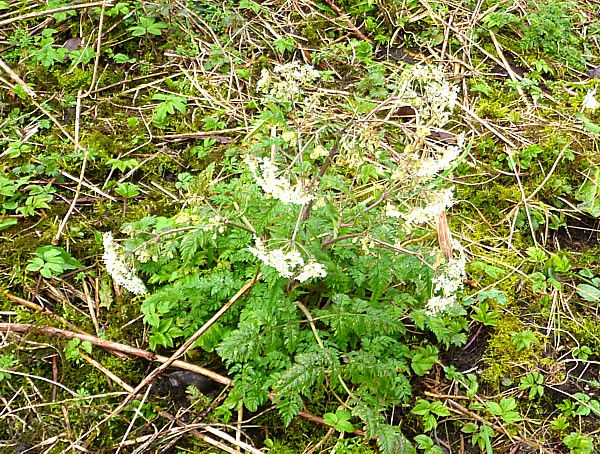 The tunnel under Walton Vale had some out-of-the-ordinary decoration on the walls, including this splendid stencilled gecko. 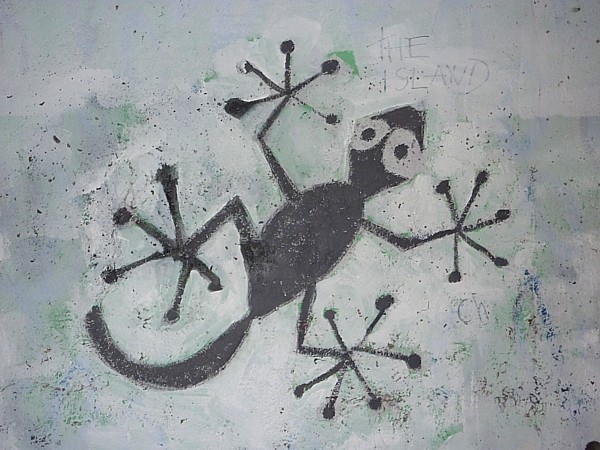 As we passed the back of the demolition site that used to be Archbishop Beck High School, the sun came out. A pair of Crows were prospecting on the bare ground, a Dunnock pecked around under some young trees and some Pussy Willows were just coming out, with the sun glinting off the raindrops still clinging to them. 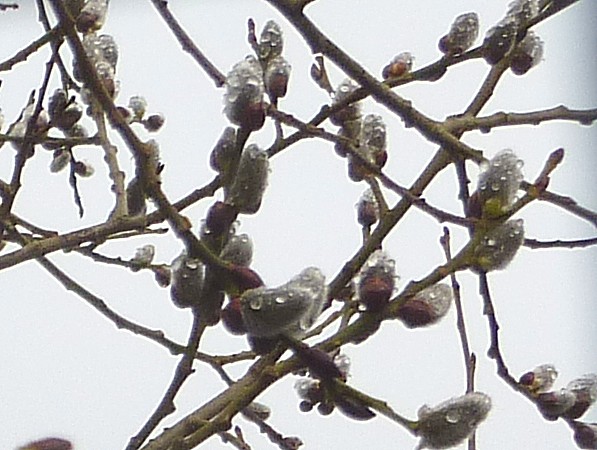 Near Hartley’s village a bird was singing, which we first thought was a Blackbird, but it must have been a Song Thrush, because it was doing repeats of threes and fours (and some fives and sixes).  One of the wayside trees was very knobbly. It must be infected with something – not a fungus by the looks of it, but something making it grow lots of woody galls. It was too far back for us to determine what sort of tree it was. 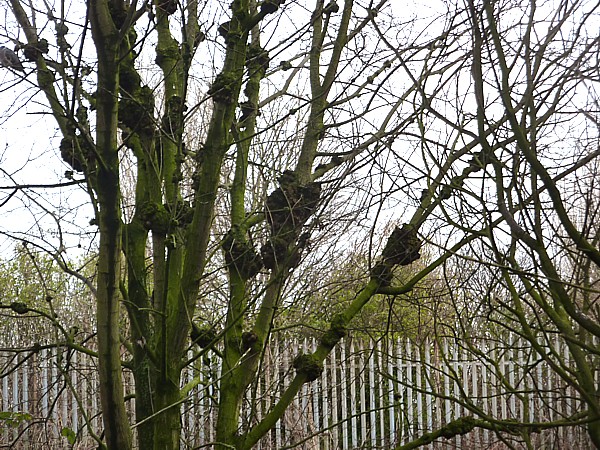 We emerged onto the Recreation Ground. About a dozen Magpies congregated around a wet and muddly depression, but we couldn’t see what the attraction was. In the middle of the big field there was a flock of gulls, some Black-headed and some which might have been either Herring of Common, they were too far away to identify. Nearer the edge a Common Gull and a Lesser Black-backed Gull were both stamping their feet on the wet grass, trying to charm worms to the surface. I knew Common Gulls did that, but I’ve never seen an LBB do it. 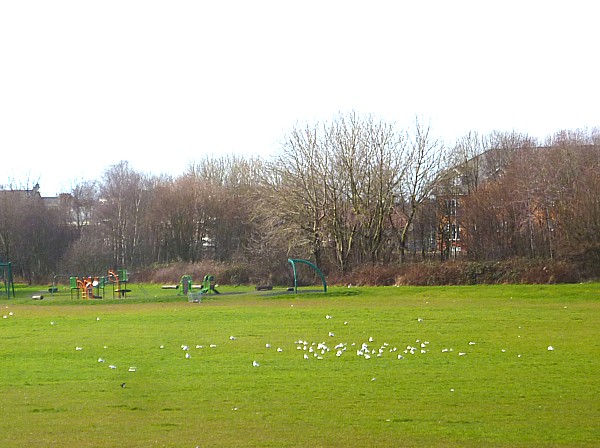 Near the children’s swings, we found an Alder, also with catkins, and could see that the female flowers were different from those on Hazel. On Alder they are at the tips of the branches, not skulking further back. 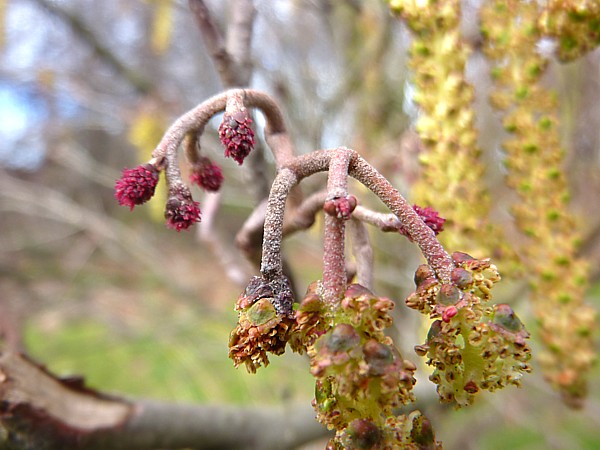 Near the edge of the path was a Mistle Thrush, not minding us at all. We think he or she (probably she) was picking a nest site in the V of a tree, about 10 feet up. 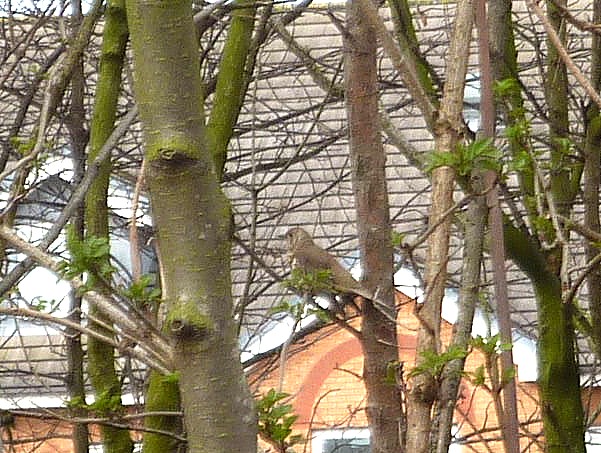 Today we did another two and a half miles of the TPT, taking us to 17 miles from Southport.