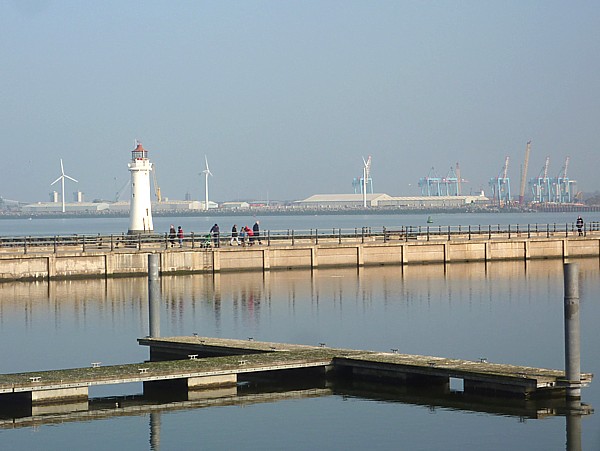 What a lovely bright day it was, feeling very warm in the sun, but it turned colder when the clouds rolled in later on. We decided to go to New Brighton for two unusual birds. The first one was the vagrant Laughing Gull, Larus (or Leucophaeus) atricilla. It arrived on 3rd February after some storms blew it from its usual home on the US east coast, so it’s very lost. It’s a first-winter bird, so it may never find its way home. The last one on Merseyside was 15 years ago, at West Kirby. This one has taken up residence on the pontoons at Marine Lake, behind the Prezzo restaurant. 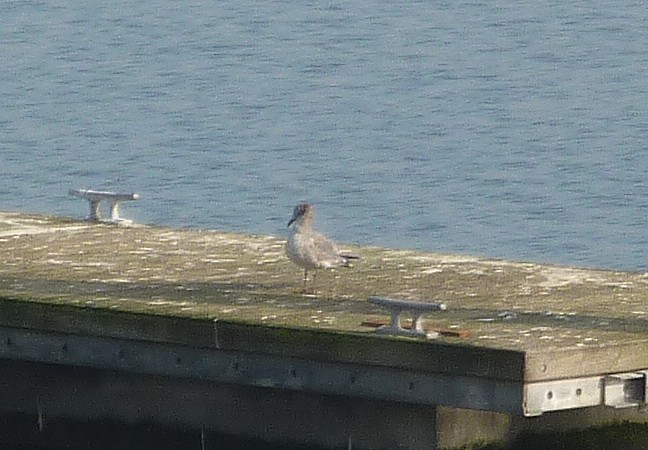 Also on Marine Lake were two Mute Swans with BTO rings but no Darvic rings, and many Black-headed Gulls and young Herring Gulls. A Kestrel made a brief flypast. Then we walked south-west along King’s Parade, spotting Cormorants on the end of the groyne, Oystercatchers on the beach, with the occasional Turnstone, and Pied Wagtails strutting along the sea wall. Very far out on the beach two Lesser Black-backed Gulls were standing side by side, very close, and apparently chattering to each other. Were they pairing up? A day late for Valentine’s day! 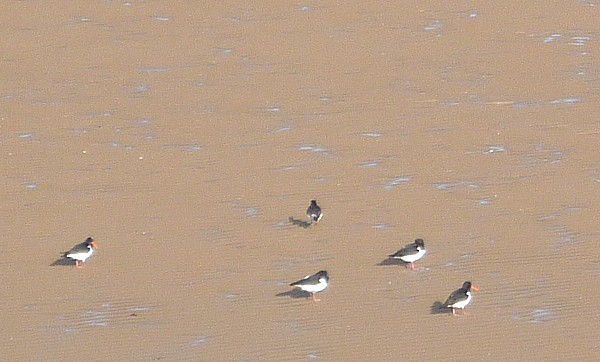 Although the hard-core twitchers had already been and gone, there were still quite a lot of out-of-town birdwatchers, who had come to New Brighton hoping to see the Laughing Gull, and who were grateful to be directed to the right spot.  We noted some Carrion Crows on the beach, apparently digging in the sand. We think they were getting Cockles, which they carried off and dropped on the hard pavement to break open, then flew down to eat the contents. Sometimes they were disturbed at their meal by parties of passers-by. 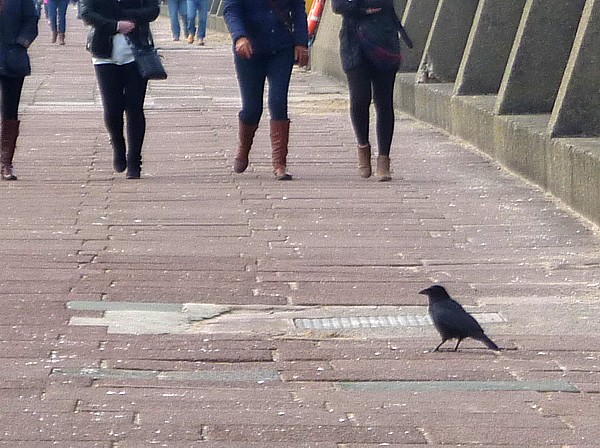 This amazing dog passed us by, taller than a greyhound, and with big ears. It looked just like the Egyptian hunting dogs on ancient tomb paintings.  It was a Ibizan Hound, which is indeed thought to descend from those ancient breeds. 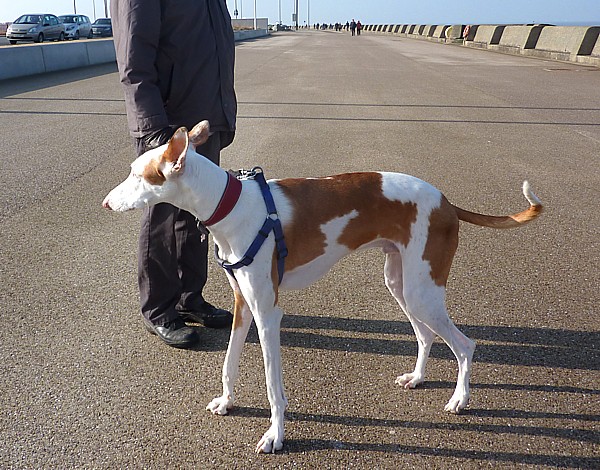 The Lifeguard Station bore a painting by local artist John Christiansen of the “St Tudno Homeward Bound in the Rock Channel”. It was put up as part of the Momentary Art Project, a scheme to “Brighten New Brighton”. 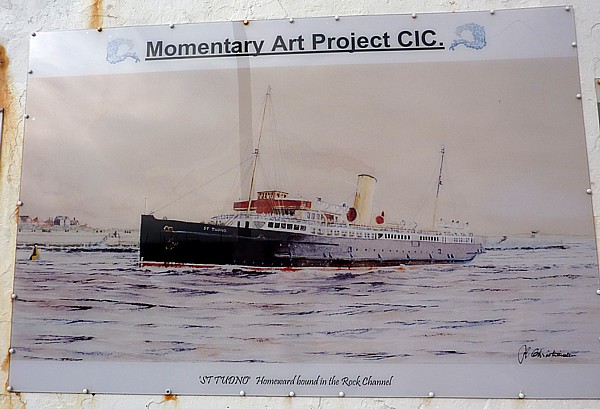 There was a snack van parked near the Lifeguard Station and we were amused by the claims that it had a “large sand play area” and an “extensive outdoor smoking area”. 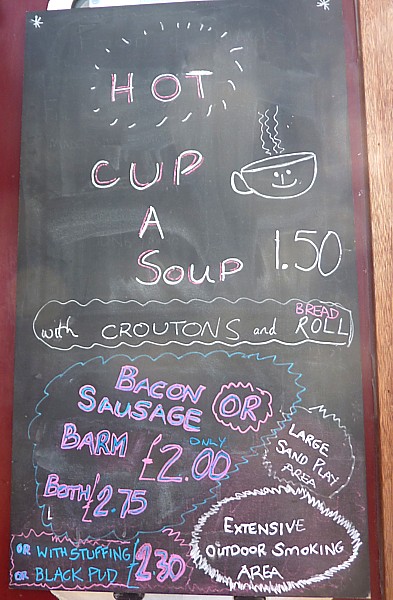 As we reached the south end of King’s Parade, where it joins the Coastal Road, we kept an eye out for our second special bird species of the day. A pair of Snow Buntings has been on the beach there for a week or so. Their location was obvious, because there was a man with a big camera on a tripod, pointing right at them. They were busily pecking about on the beach, about six feet out, and apparently totally oblivious to passing people and dogs.

Then we walked up past the lovely Art Deco Harvester pub, heading for Wallasey Grove Road Station. Our only flowers of the day were gorse blooming on the small heath there, and some common daisies by the side of the road.