Last week in Formby – a rarity

Tony Carter reports: Last week, I decided to take a look at Raven Meols Hills in Formby as I hope to run a foray there next year. It has a good mix of sand dunes, conifer, birch scrub and heathland. Lots of fungi in the sheltered pinewoods but the dune heath was disappointing.

I found a quiet spot in the dunes to eat my lunch. I noticed that I was sitting beside a patch of Tulostomas melanocyclum (Scaly Puffball or Scaly Stalkball).  It is listed as a 2007 JNCC UK priority species, Critically Endangered because it is a very rare native species with restricted range, found and recorded from only six 10km squares in England and Wales. 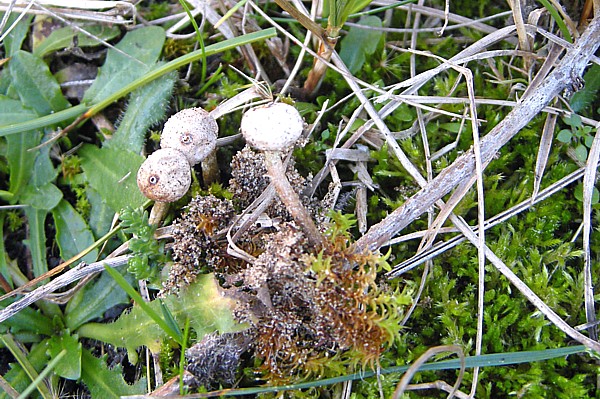 For years there was a large patch of these at Ainsdale Sand Hills Nature Reserve. The late Ken Jordan was the first to record them there. But they have slowly disappeared. I suspect because visiting forayers keep digging them up to look at them. I shall record them but keep the exact site a secret.