Posted on September 9, 2014 by Sabena Blackbird

A glorious hot sunny day for the Freshfield Dune Heath Bioblitz celebrating 10 years of the Reserve’s existence. They were still setting up the stalls when I arrived so I joined Lancashire Wildlife Trust volunteer Sue for a bit of pond-dipping in the only pond on-site that hadn’t completely evaporated. After a few sweeps of the net tipped into the water-filled sampling trays we had a handful of species. There were a couple of Common Backswimmer’s a.k.a. Water Boatmen Notonecta glauca – as their name suggests they swim upside-down on the surface of the water and are voracious predators, they inject their prey with a toxic saliva and slurp up their digested remains! One of the Backswimmers flipped itself over onto its front – being light brown in colour with large red eyes. There was a couple of large and 40+ smaller Ramshorn Snails Planorbarius sp.which have sinistral or left-coiling shells. There were a few Damselfly nymphs – greenish in colour with a narrow body and 3 fin-like gills at the end of the abdomen, they capture prey by using a modified lower lip (called a labium) that shoots out rapidly and seizes the prey item. Also noted were a Biting Midge larvae and a small Leech. 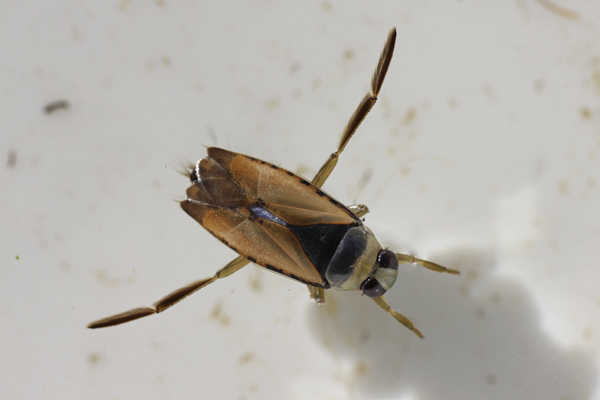 I had a mooch around the stalls, a number of organizations were present including the Merseyside Bat Group, Merseyside Mammal Group and the Southport and Formby Bee Keepers. There was also a stall where the kids could make plasticine Mrs Blobster. 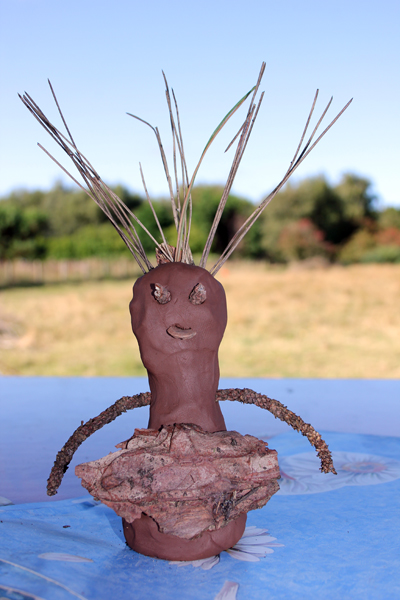 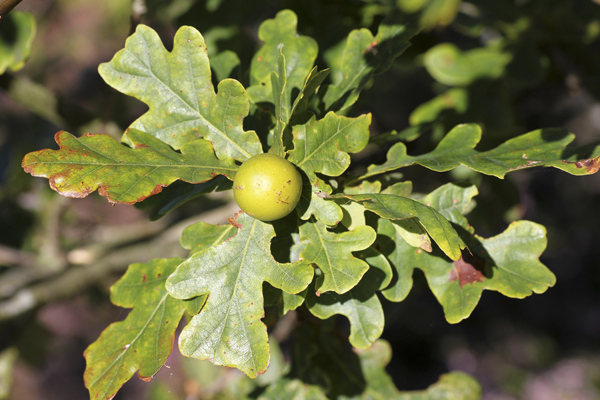 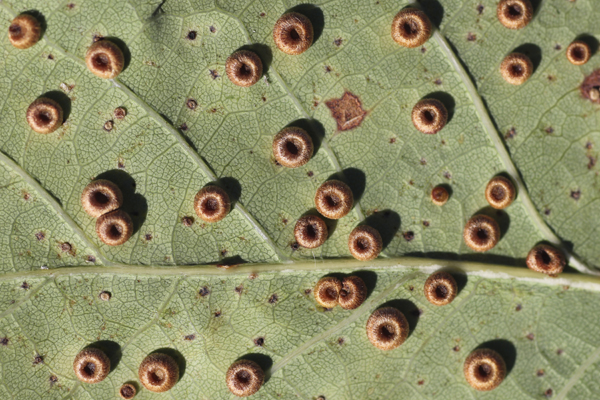 There was also a Knotting Gall on Male-fern Dryopteris filix-mas fronds caused by the Dipteron Gall Fly Chirosia betuleti and leaf mines on Holly Ilex aquifolium caused by the Fly Phytomyza ilicis. 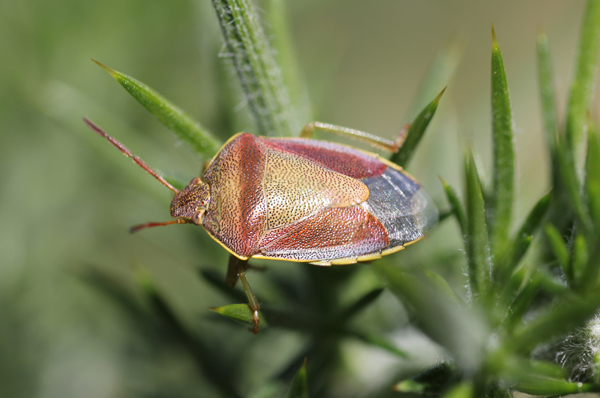 Gorse Shieldbugs Piezodorus lituratus were present in great numbers on the Gorse Ulex europaeus with at least 60+ individuals and a final instar nymph. One of the Shieldbugs hadn’t been so lucky having been being caught and wrapped in silk in one of the many Garden Spider Araneus diadematus webs. Also plenty of Labyrinth Spider Agelena labyrinthica webs scattered throughout the gorse. I had a further mooch around between walks and noted Common Green Shieldbug Palomena prasina a couple of final instar nymphs, a dozen Tapered Droneflies Eristalis pertinax with single Hoverflies Heliophilus pendulus, Syrphus ribesii and a single Bumblebee mimic Hoverfly Criorhina berberina, a Buff-tailed Bumblebee Bombus terrestris, 7-spot Ladybird Coccinella 7-punctata, a dozen or so Field Grasshoppers Chorthippus brunneus and a Spiny Puffball Lycoperdon echinatum. 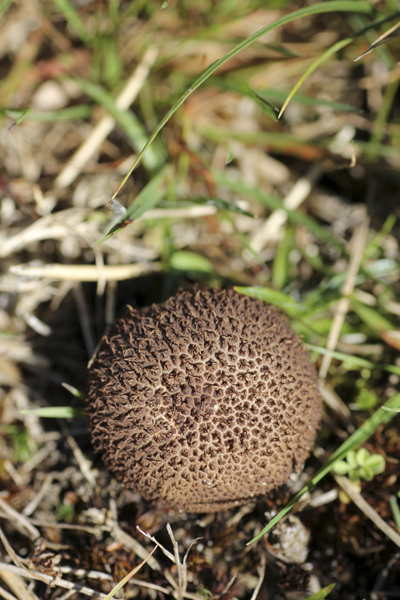 There were a handful of Common Darters Sympetrum striolatum zipping around and perching on the gorse. 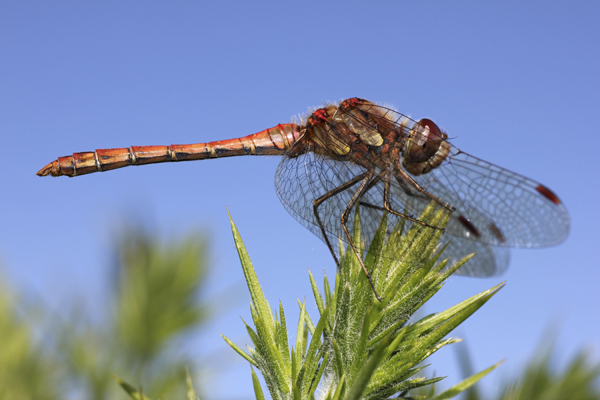 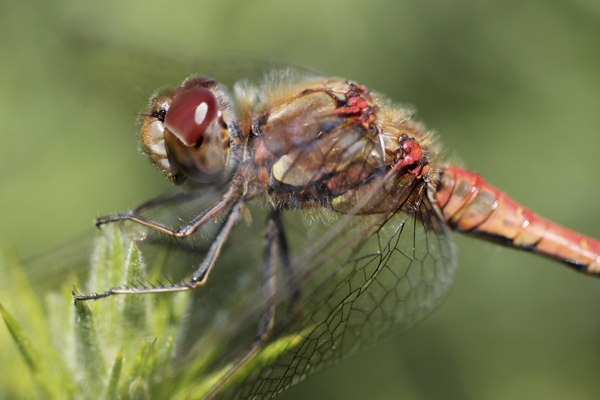 On recording my sightings at the Merseyside Biobank stall there were a few sampling pots with other Bioblitzers finds including a Froghopper Cicadella viridis and another probably a Common Froghopper Philaenus spumarius which is an incredibly variable species with different colour forms.

A large group then set out with Phil Smith who talked about the reserve management the majority of which is low nutrient, acidic soil dominated by Heather Calluna vulgaris, Sand Sedge Carex arenaria and Gorse Ulex europaeus. Annual summer grazing takes place Herdwick sheep to prevent invasion by scrub plants. One area had been burned and the various stages of Heather re-colonization were apparent. A couple of Bioblitzers had seen a Ruddy Darter Sympetrum sanguineum so we headed off to the dried up pond. Phil caught the Ruddy Darter and held it between thumb and finger to allow for identification difference c.f. Common Darter to be seen, the former having all black legs and a more vivid red svelte – pinched waist abdomen. 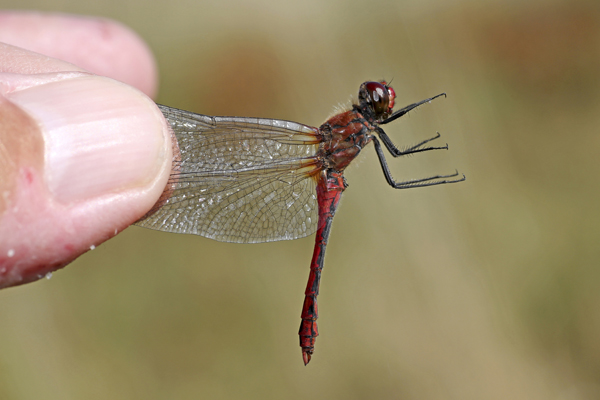 As six Buzzards circled overhead we investigated a sandy area were we found a male and female Mottled Grasshopper Myrmeleotettix maculatus that have a variety of colour forms and a few Field Grasshoppers Chorthippus brunneus.

Dave Hardaker talked about the two Lizard species found on the Dune Heath – the Common Lizard and Sand Lizard. The latter naturally occurs in Dorset, Surrey and the Sefton coast – ‘our’ Sand Lizards having a more vivid green mottled appearance in the males than their more drab Southern cousins. There are estimated to be between 1000 and 1500 Sand Lizards on the Sefton Coast. The Sand Lizard is Britain’s only egg laying lizard – the eggs resembling mint imperials and it needs areas of open sand for incubating its eggs and their colonies are often found in banks and slopes so correct habitat management is essential for this species. Although present on the Sefton Coast the Sand Lizards were absent from the Dune Heath despite a large population of Common Lizards being present. Work was carried out in a fenced-off area to provide a re-introduction site for Sand Lizards captively bred from Merseyside stock by Amphibian and Reptile Conservation and in September 2010 hatchling lizards were released allowing them to be accustomed to their new home before the October hibernation. Dave had seen a mature male Lizard only the previous week so was confident that there is now a breeding population on site. Unfortunately we didn’t see any Lizards today although they love to bask out on the birch logs it was actually still too hot for them and would more likely to be seen later on in the early evening.