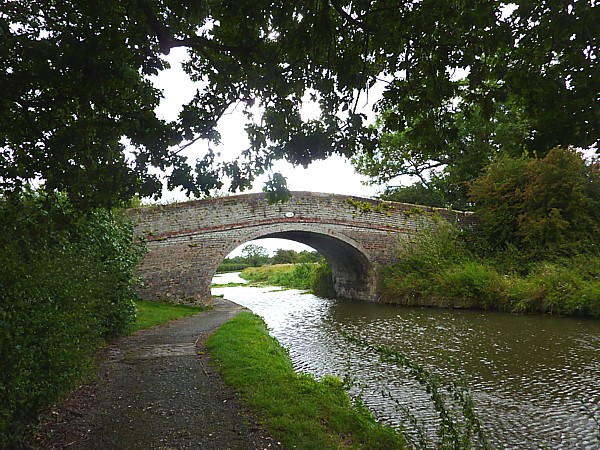 It was a day of sunshine and light showers, but the sun was shining when we arrived at Ellesmere Port Station and we stopped to admire their small wildlife plot, with pictures of butterflies placed amongst the flowers. 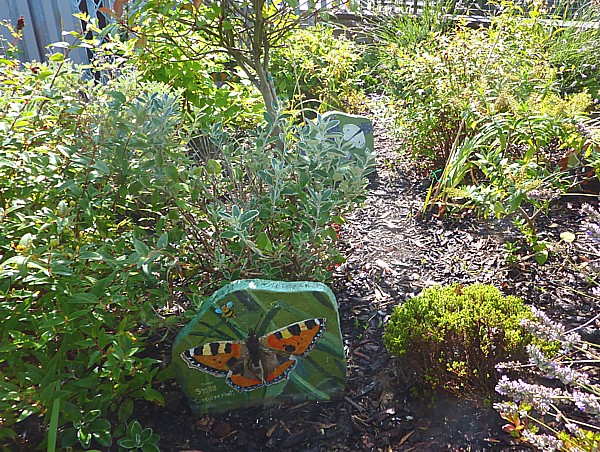 We walked down Meadow Lane to the canal and turned south. It seems that autumn has arrived quite early this year. The berries on the Rowan trees are all red, as are the ones on the Guelder Rose. Hawthorn berries are still half way between green and red. Sloes are ripe, and Damsons are falling. Many of the blackberries are quite big and sweet. But although there were plenty of Hazel shrubs in the hedge, there were no Hazel nuts. I don’t think I have even seen or taken a picture of a Hazel nut in the local area. Why not? 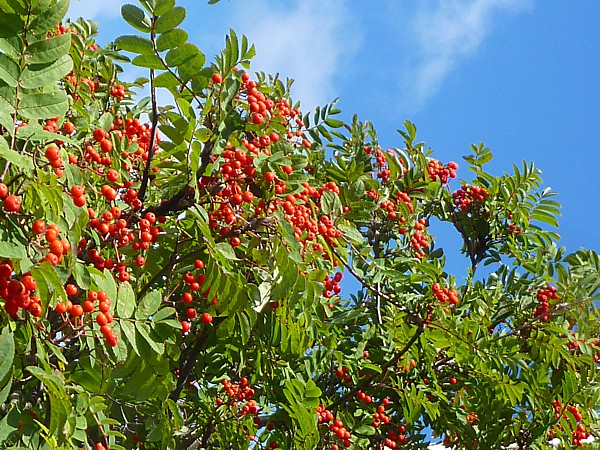 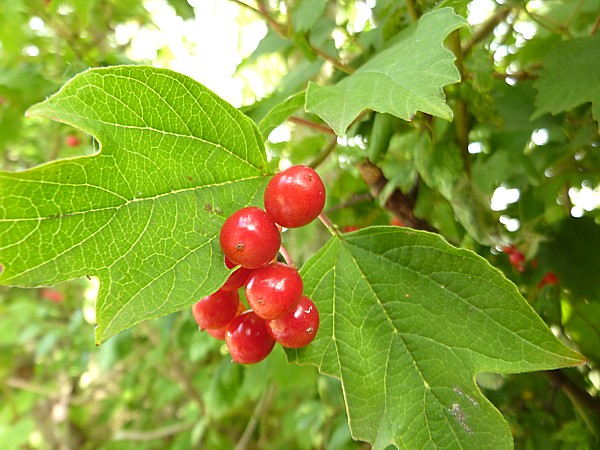 Wood Pigeons flew from side to side, and the water had Mallards; a family of Coots, made up of both adults and three well-grown chicks; Moorhens, including one quite small chick, less than a week old. After we passed under the M53 we came to the regular spot of a Heron, who had a bulging crop after a big meal. 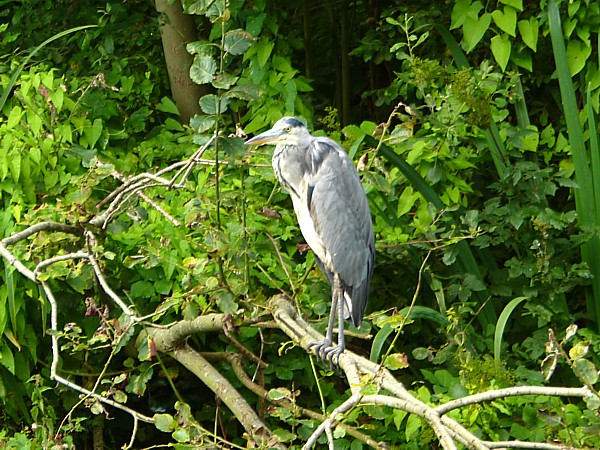 There was a red Damselfly on the path, but it moved off too fast for us to to identify it. However, when we stopped for lunch at Mason’s Bridge there was a Common Darter basking in the sun on the south-facing coping stones, almost invisible against the sandstone. 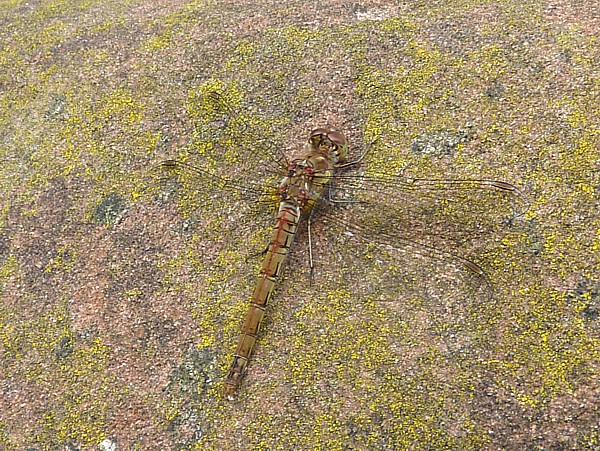 Some interesting flowers along the canalside. Arrowhead was all the way along after lunch, and also Gipsywort and Figwort. One plant that always had its feet in the water looked a bit like Himalayan Balsam but the flowers were orange. My book tells me there is such a thing as Orange Balsam, which flowers July and August and lives on canal and river banks. That must be it. 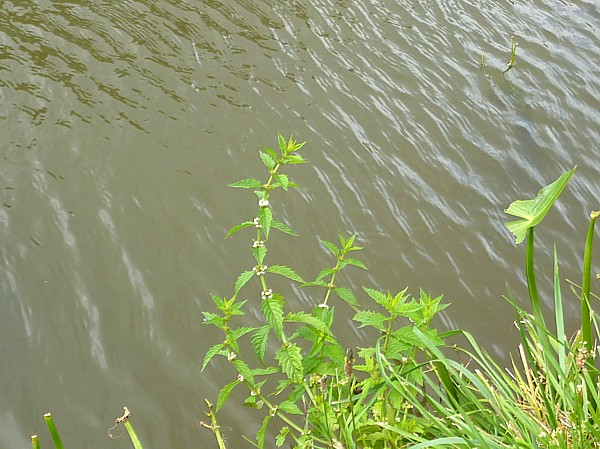 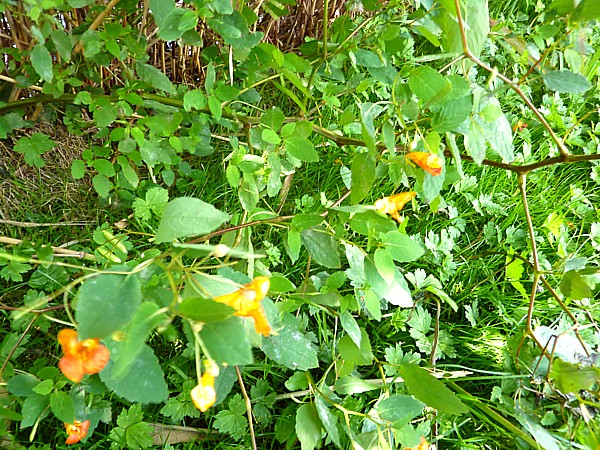 We noticed that the tops were cut off much of the Arrowhead and suspected water voles but later concluded that it must have been the verge cutter when it came along a week or two before. 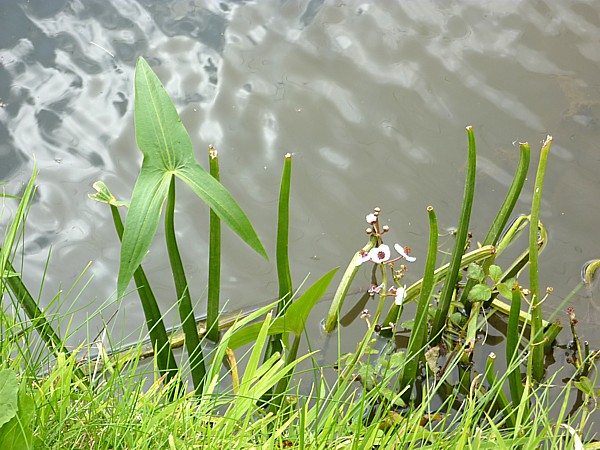 Near the sewage treatment plant a male Banded Demoiselle flew past. We left the canal at Stoke Bridge, and sat for a while in the tiny Stoake Nature Reserve, which was just one tiny field. There were Molehills, a Speckled Wood, a green/blue dragonfly which wouldn’t sit still to be identified and the spotty leaves of Common Lungwort. In the pretty little village of Stoake we passed a house gate saying “Beware of the Dog”, but the first time we passed it there was a horse in the garden, and the second time there was a goose. We never did see the dog. 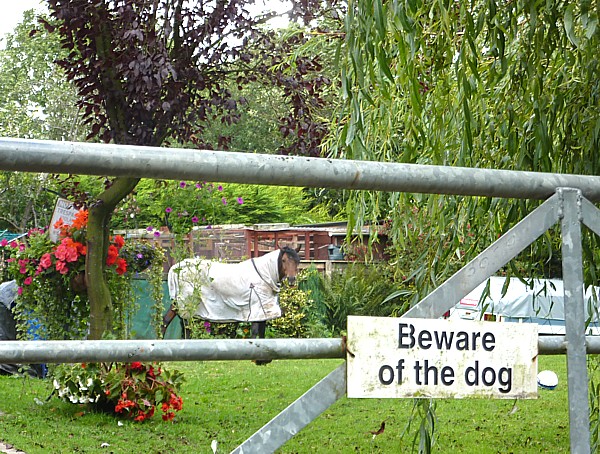 There are some fine old Irish Yews next to the Church of St Lawrence. 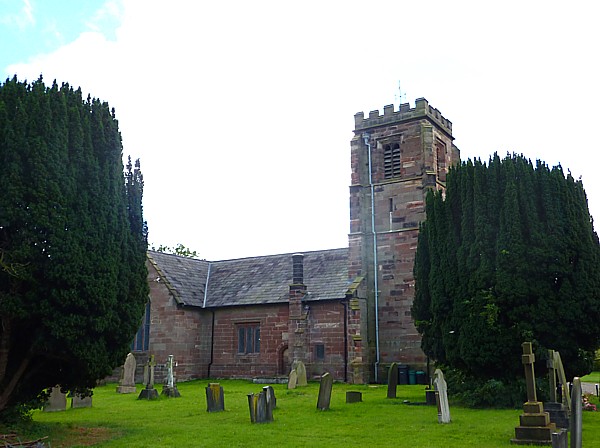 On the gravestones the village was variously spelled Stoke, Stoake or Stoak. The oldest one we found was of a man called Samuel Yoxon who died in 1775 aged 47. There was also the grave of a boy of 9 called Nelson Burt, “drowned in the River Mersey during the hurricane of the 5th and 6th of December 1822”. He may have been named by his father after the great Lord Nelson who had died eight years before young Nelson Burt’s birth. 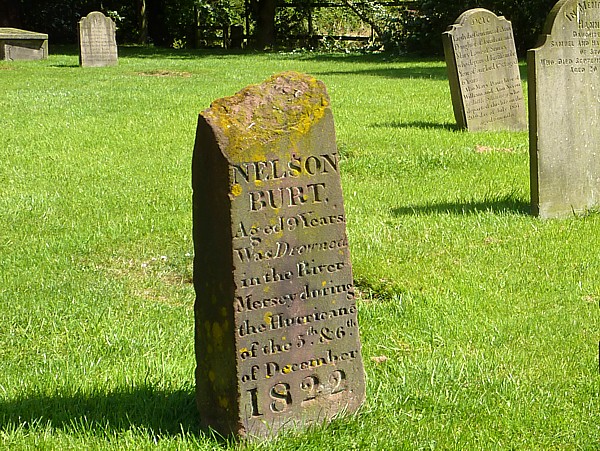 There was a strange ghostly horse in a stable. 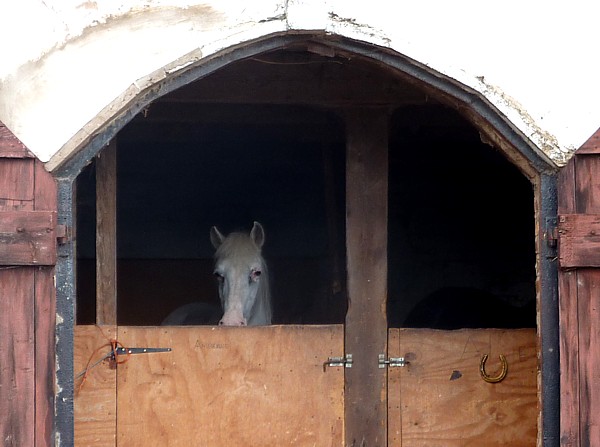 We walked about a mile up Little Stanney Lane to get the bus in Cheshire Oaks, spotting the fresh corpse of a Rat on the way and a Spindle tree in the ornamental hedge. We just made it to the bus back to Ellesmere Port station. 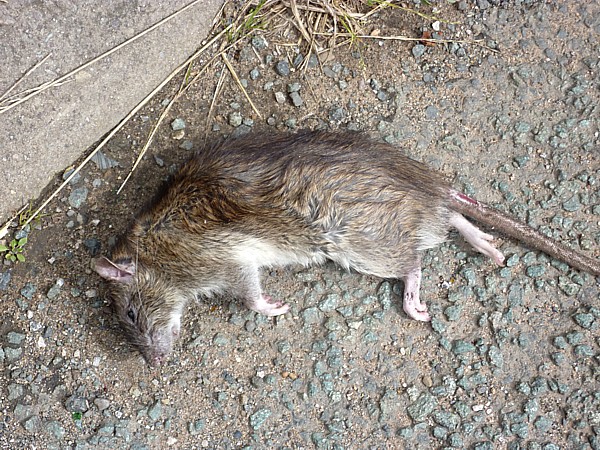 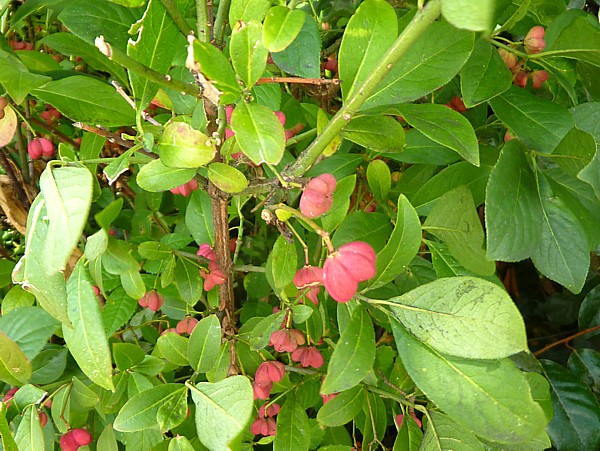