Nine MNA members met at Freshfield station at 10.30, for a planned walk to Ainsdale. In the event, the wildlife in the woods and gorse on the inland side of the railway was so absorbing that by the time we got to the beach at the end of Fisherman’s Path, it was time to return. It was a hot and sunny day, too, so we made the right decision. 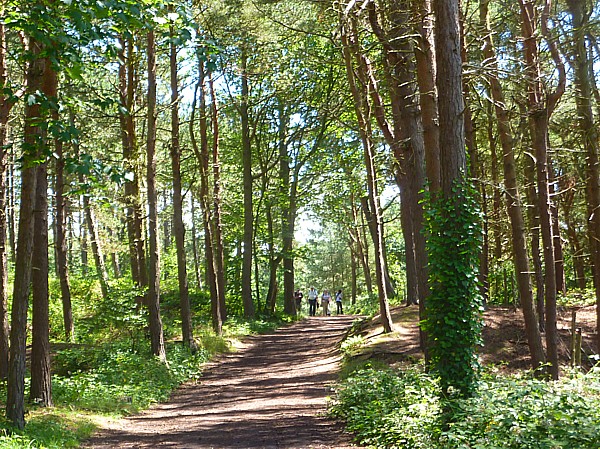 There were plenty of flowers and butterflies, even on the first part of the walk along the railway.  There were Meadow Browns, a large White, two Gatekeepers mating and a Small Skipper on Spear Thistle. 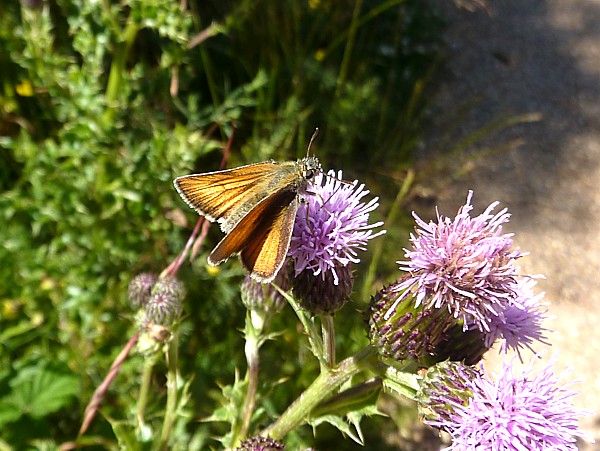 Sid found a sluggish Tree Bee in the shade, which posed obligingly on his hand before we released it into the sunshine. 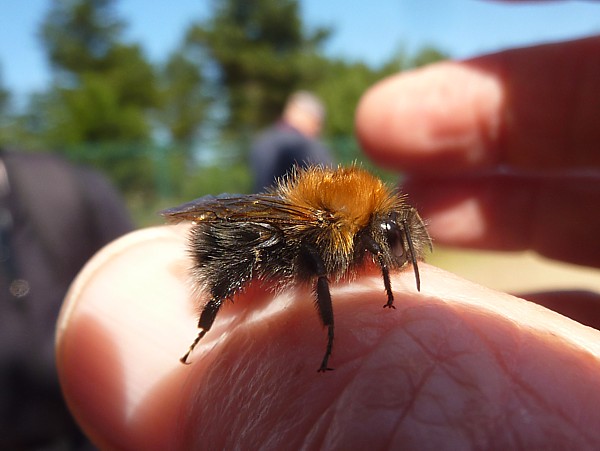 There was a Robin on the path, and in the woods we heard a Chiffchaff calling. Some Coal Tits were flitting about in the pines, together with some Long Tailed Tits. We spotted a female Chaffinch, a Blue Tit and a Carrion Crow poking about in the short turf. A peeping noise overhead announced an Oyster Catcher flying north. Tony C was looking for Cramp Balls on burnt gorse, and he also found Tawny Grisette Amanita fulva, Common Fieldcap Agrocybe pediades and one that he thought looked like a young jelly fungus called Leafy Brain Tremella foliacea. He later reported that it was too young to get any spores so he couldn’t confirm its identification. 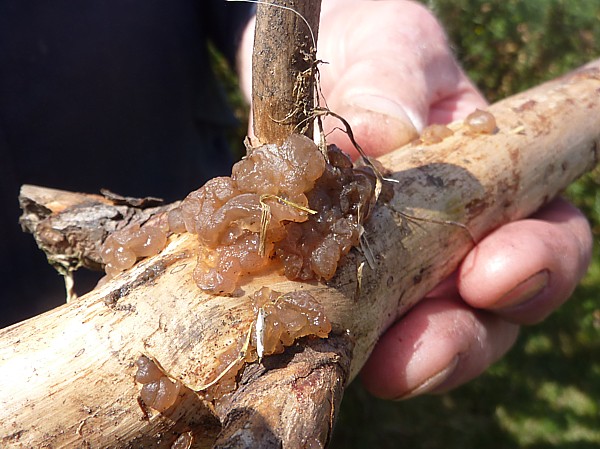 In a small pool in the stream there were Sticklebacks, Water Crowfoot and Watercress. On the wing were Broad bodied Chaser and Common Blue and Blue-tailed damselflies. The gorse held a Cinnabar moth, a Red Admiral, and several large Labyrinth spiders with their funnel-like webs. 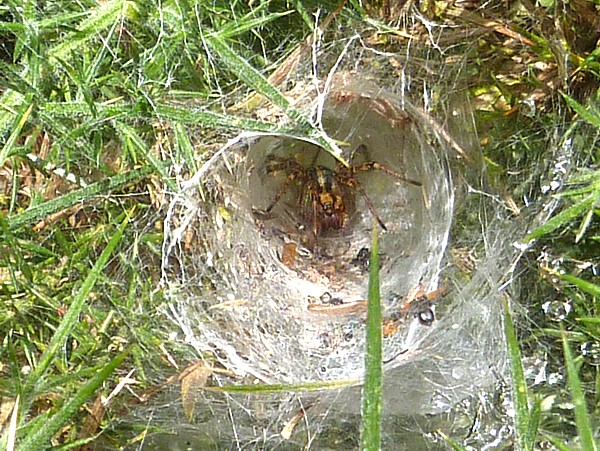 Both a Kestrel and Buzzard flew overhead at different times, and we noted a Whitethroat, a Dunnock, a Swallow and a Small Heath butterfly. As we lunched amongst the gorse we were joined by Dorothy C, who always manages to find us. A small brown Meadow Grasshopper perched on John C’s blanket. Beyond the railway and golf course Sid found a large hairy caterpillar on the path. We think it was a Drinker moth caterpillar. (Thanks to Sid for the use of his hand, again). 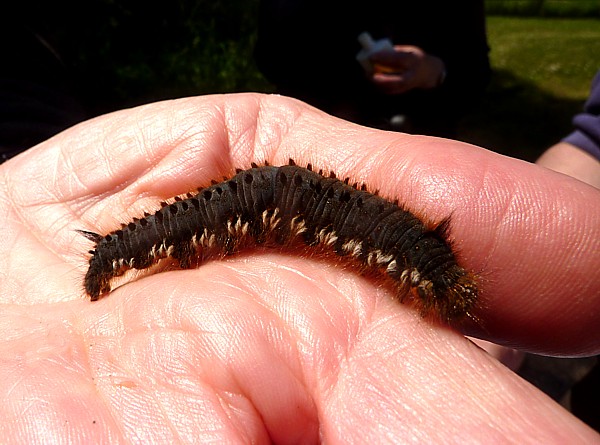 Along Fisherman’s Path we tried to identify as many flowers as possible, including Honeysuckle, Lady’s Mantle, Common Centaury, Self-heal, Wild Parsnip and Mullein. 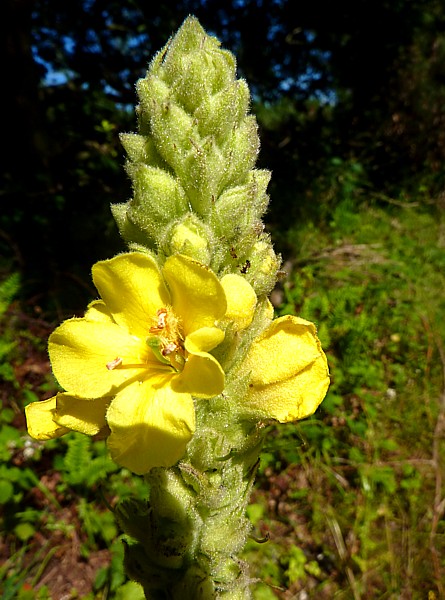 There was a light brown Campion Moth caterpillar on the seed heads of White Campion. It eats the seeds, and we could see a small hole in one seed head where presumably it had emerged. 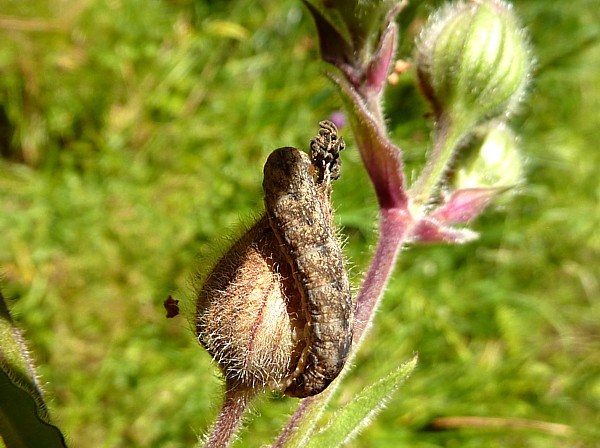 In the woody undergrowth we spotted a Wren and a young Robin. Speckled Wood butterflies were in the sunny glades, and there was a Comma in the sunshine. By the edge of the path were some Bloody Brittlegill Russula sanguinea, looking rather faded and chewed. (This photo by Jane Parker). 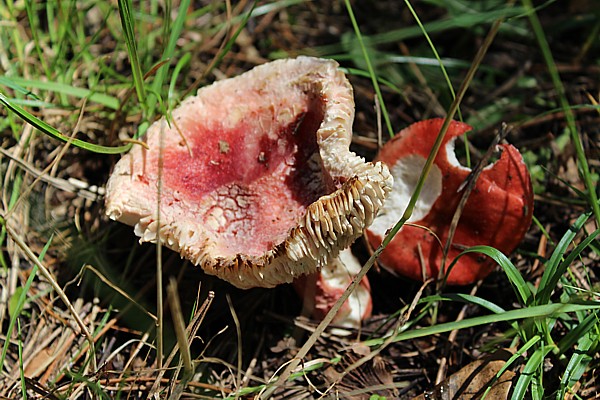 When we reached the beach we went hunting in the sandy slack behind the first dune for Northern Dune Tiger Beetles. One or two people spotted one, but they are very fast and fleeting, and most people missed them. Chris B picked up a spiral Auger Shell, and commented that it couldn’t have been washed from the sea over the tall beachfront dune, so it may have been there for many years, from before the dune grew so high. He also said they are rarely seen much further north than here, although they are commoner towards Crosby.  Growing in amongst the Marram grass were small single toadstools of Dune Brittlestem Psathyrella ammophila. 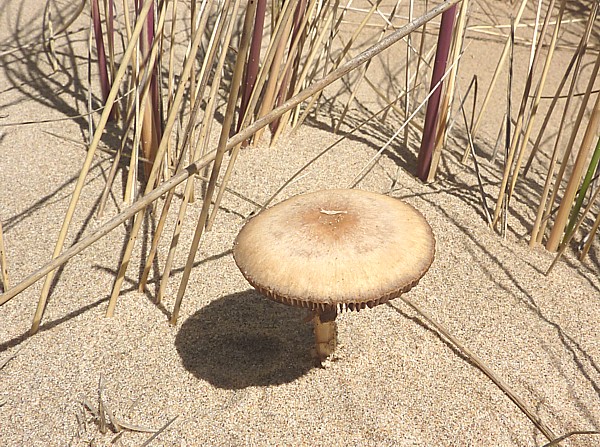 We saw several Linnets while we were on our way back to the station, and a flower head of Wild Parsley with at least 15 Soldier Beetles, many of them in mating pairs. This picture by Tony Carter is better, though, showing them on a white Umbellifer head. 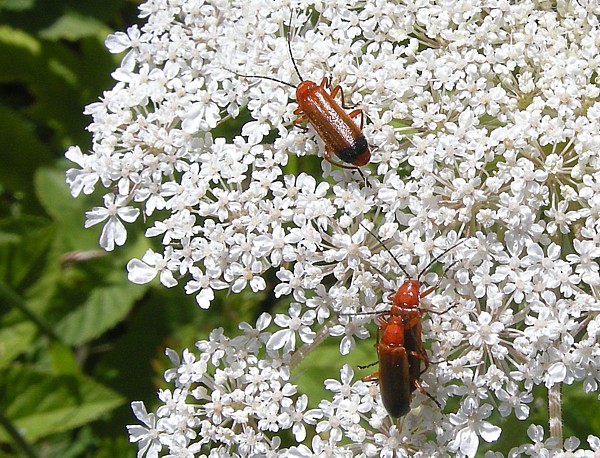 And finally we spotted the plant we had been hoping for, the rare Dune Helleborine, growing right beside the path. 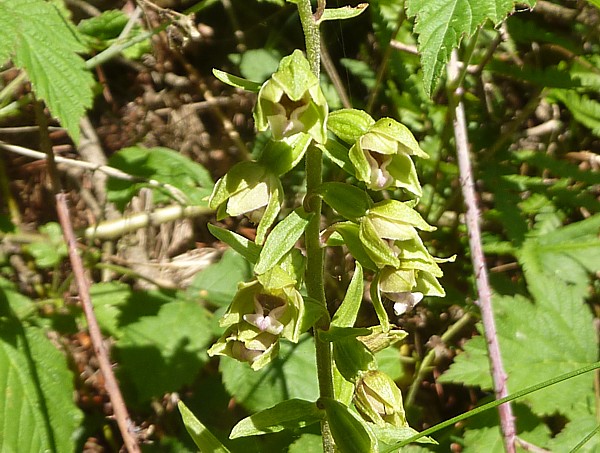