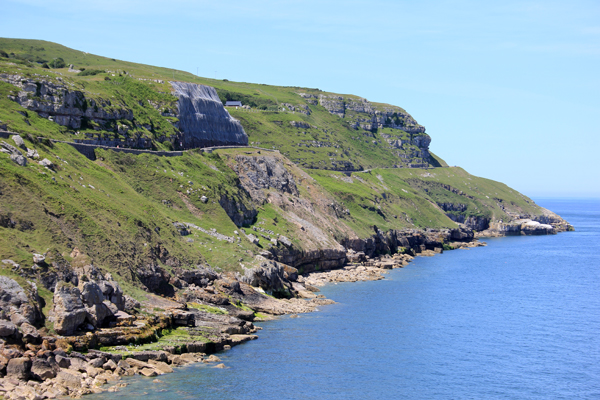 Making the most of a glorious sunny day we headed over to Llandudno and the Great Orme. Richard Surman dropped DaveB and me at the beginning of the marine drive and for a few minutes we watched a hyper-active Humming-bird Hawk-moth Macroglossum stellatarum zipping around low to the ground, occasionally hovering for a second to feed with its long proboscis on flowers. We’d just been talking about how these Sphingidae are becoming increasingly common in the UK migrating here from Southern Europe. We soon found another migrant, this one a Noctuidae – a Silver Y Moth Autographa gamma, this moth can turn up in thousands under the right conditionsAfter introducing some MNA members to Thick-legged Flower Beetles (a.k.a. False Oil Beetle) Oedemera nobilis on the Norfolk holiday we soon started spotting a few here feeding on Red Valerian Centranthu ruber. 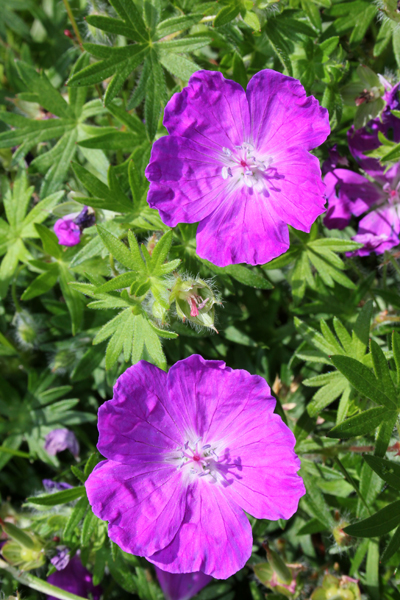 The strikingly coloured Bloody Cranesbill Geranium sanguineum contrasted with the Common Rock-rose Helianthemum nummularium on the slopes beneath the towering limestone outcrops. Dave spotted a plant called Dropwort Filipendula vulgaris that has a passing resemblance to its cousin Meadowsweet Filipendula ulmaria. A pair of visitors was peering down at something on the stone wall edging the path so we went to investigate – it was a Cinnabar Moth Tyria jacobaeae – we told them they would more likely to be familiar with the Cinnabars yellow and black stripey caterpillars. We also pointed out a flowering Bee Orchid Ophrys apifera spike – ‘how did you see that?’ they asked. I spotted a Drinker Moth Euthrix potatoria caterpillar that clearly had been taking lessons from the rock-climbing lads, attached half-way up a rock-face. 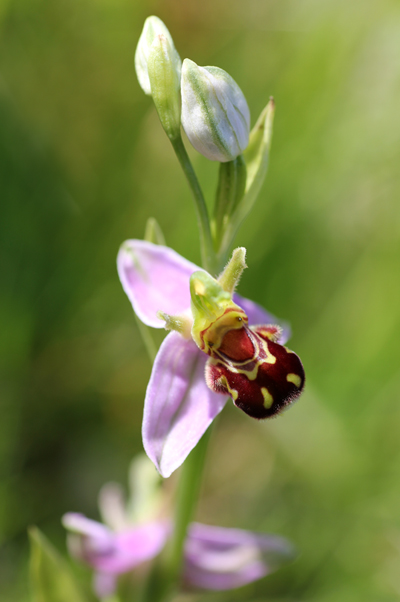 Lady’s Bedstraw Galium verum, Thrift Armeria maritima, Wild Thyme Thymus serpyllum and the odd Harebell Campanula rotundifolia were the main flowers growing on the cliff edge with Rustyback Fern Ceterach officinarum growing on the stone wall There was a scattering of butterflies with lone Small Skipper Thymelicus sylvestris, Large Skipper Ochlodes venata, Small Copper Lycaena phlaeas, Small Tortoiseshell Aglais urticae, Small Heath Coenonympha pamphilus and half a dozenSilver-studded Blues Plebejus argus. We watched as a Kestrel zoomed overhead vocally chasing a Raven all along the outcrop face and off its patch. A few Shelduck had joined a group of Cormorants on a wave cut platform above the sea and I briefly had views of a Black Guillemot but couldn’t re-locate it after it had dived. 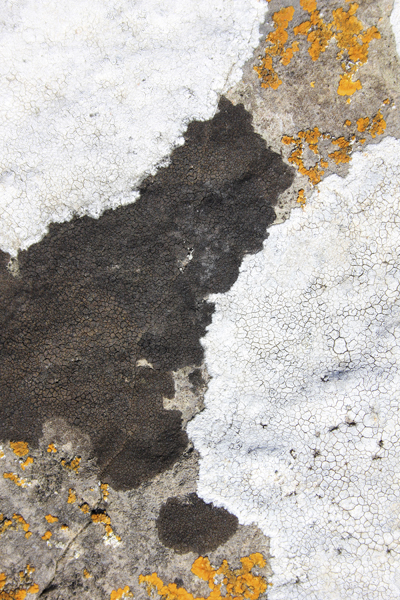 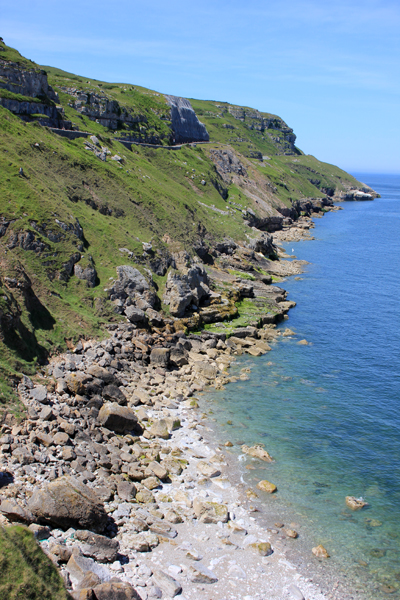 We met up with Richard who had climbed over the stone wall and was on the cliff meadow with scope trained on the cliff nesting ledges below the lighthouse. We watched the comings and goings of the lines of Kittewakes, Fulmars, Razorbills, Guillemots and Cormorants. We noted that sometimes the seabirds were quite noisy especially the Kittewakes calling their name but suddenly for no apparent reason the cliffs became quite silent for a while before the racquet started up again. The characteristic ‘Chough’ call drew our sight back to the outcrop behind us – one Chough heading into a hole in the turf, another perched close by and a further six birds flying away from us. We also watched the antics of a few Rock Pipits – a few displaying and one tucking into some Common Rock-rose flowers. We headed to the car parked beside the Rest and Be Thankful Café to park and drove along to an undisclosed location. 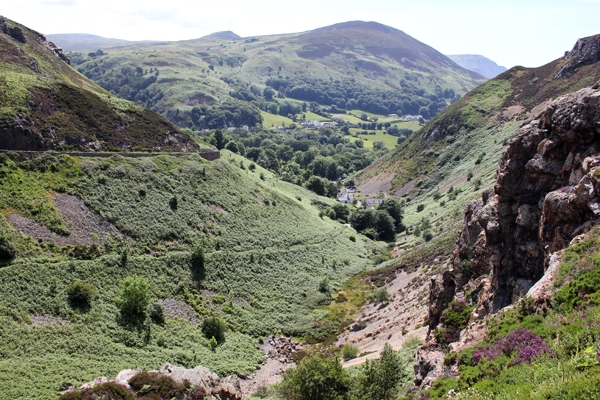 Why the secrecy? It is the location of the most northerly and elevated Dartford Warblers in the UK. We parked up  overlooking a beautiful V-shaped valley and walked along a track passing a huge outcrop of Rhyollite stained black in places with manganese and supporting a collection of Navelwort a.k.a. Wall Pennywort Umbilicus rupestris. 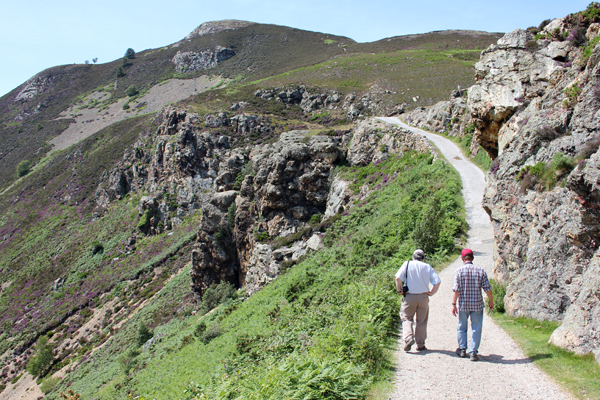 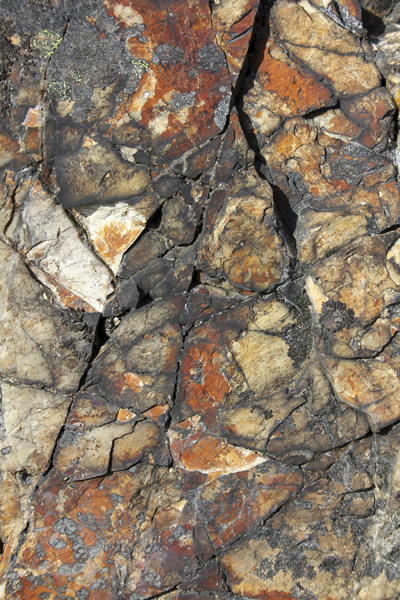 A few birds with Mistle Thrush, Swallow, House Martin, Swift, Jackdaws and Raven. A marshy area held a few male Broad-bodied Chasers Libellula depressa, flowering Lesser Spearwort Ranunculus flammula, Water Forget-me-not Myosotis scorpioides along with a skittish Pied Wagtail that was unsure of whether to land with our presence. Plenty of Nettle Rust Puccinia urticata on the Stinging Nettles Urtica dioica. The trees outside a Farm held Long-tailed Tits, Chaffinch and Linnets also a Redpoll buzzed overhead. We took the path skirting the property Stonechats calling and giving good views from the bracken. The track emerged at a shallow pond where wild Welsh Ponies were grazing around the edge. A few more Broad-bodied Chasers Libellula depressa along with a few Common Blue Damselflies Enallagma cyathigerum. ‘Corpse of the Day’ was a desiccated Common Toad Bufo bufo. 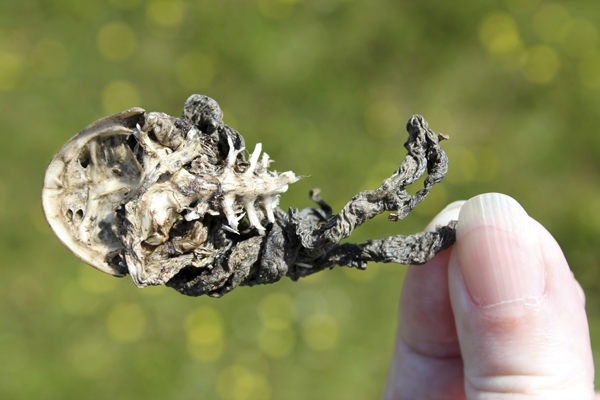 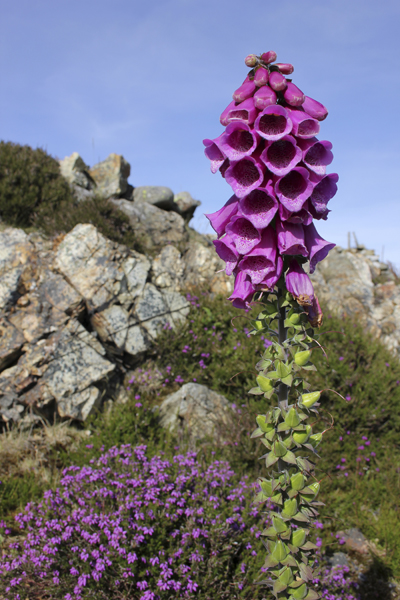 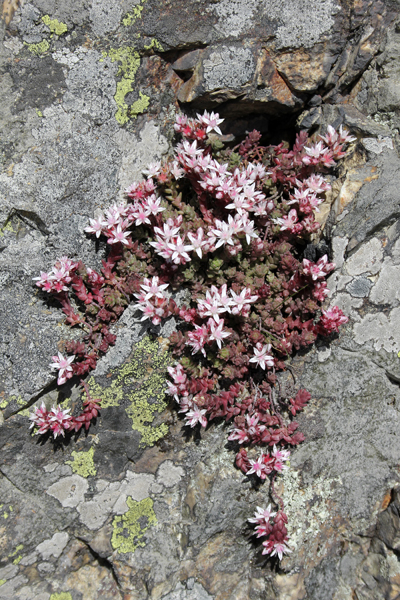 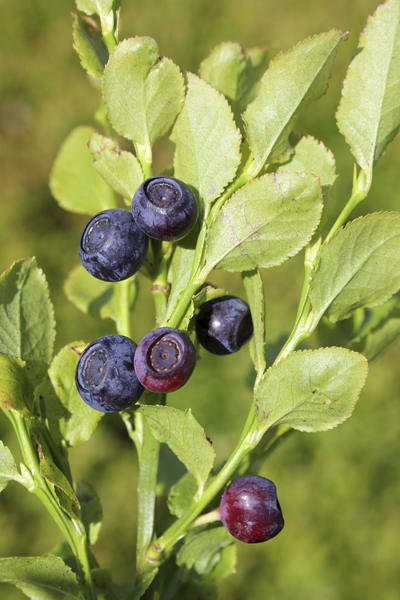 We waited and scanned for movement but things were quite in the heat of the afternoon, only a few Meadow Pipits putting in an appearance, another Redpoll overhead and a Small Heath Coenonympha pamphilus. 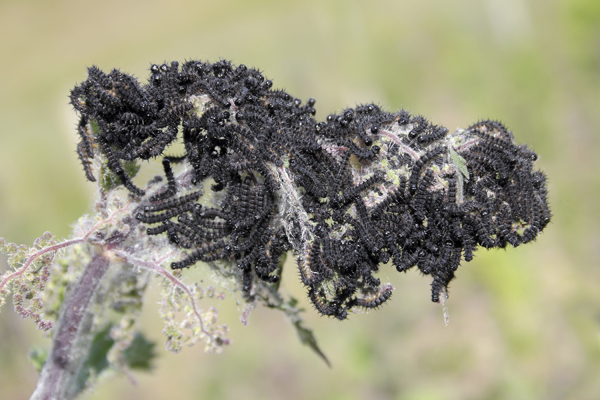 No luck so we called it a day and began the walk back. From a distance I noticed a patch of black amongst the nettles and on investigating found a writhing mass of Peacock Inachis io caterpillars on Nettles, later on a stone wall we had a Ruby-tailed Wasp Chrysis sp.