Four MNA members met at Bootle Post Office and another joined us on the way. I suspect most people were worried about the weather forecast, which had predicted heavy rain all day. However, it was dry when we set out. The magnificent sweep of Weeping Willows just north of Stanley Road was planted by John Clegg when he was working for Bootle parks and gardens, several decades ago. 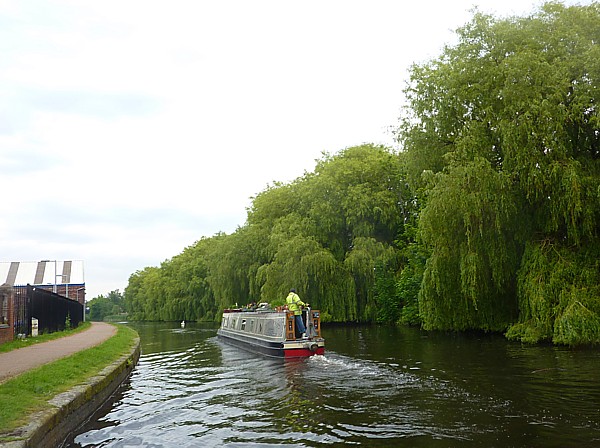 We saw the usual canal birds, Canada Geese, Coots, Moorhens, Mallards (one with eight ducklings), a couple of Mute Swans (no leg rings and no sign of nests). Many of the Coots had chicks, with each parent taking one or two to care for. Moorhens were scarcer, but this one had two of its usual ugly little chicks. 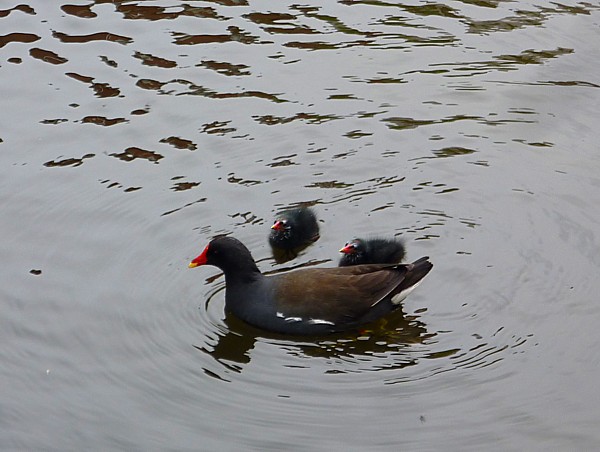 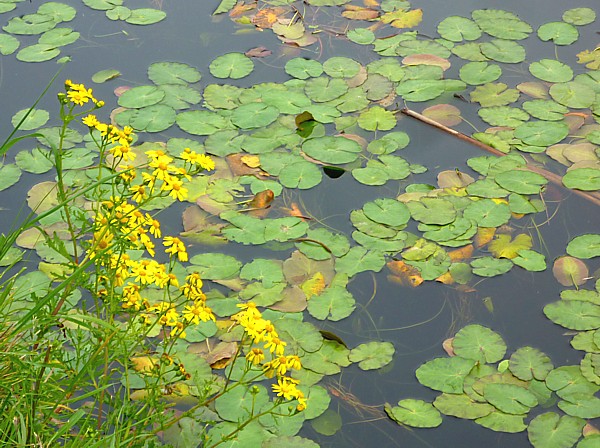 We crossed the canal near Hatton Hill Park to eat our lunches. Swallows flew by and there were Swifts high overhead. The sun nearly came out. Under the bridge were masses of Cow Parsley and the Elder was blooming through the railings. 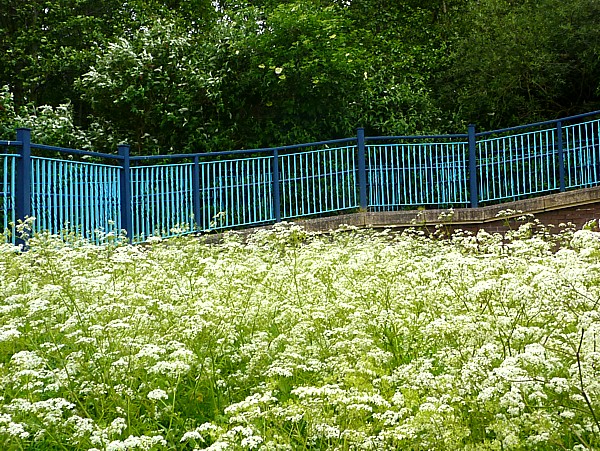 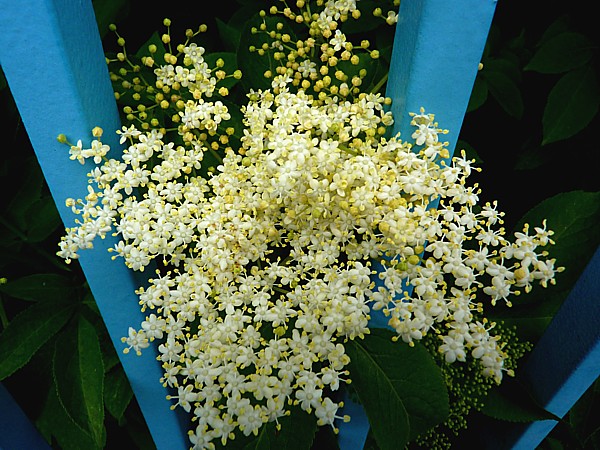 As we set off again we were joined by a lady who was interested in wildlife walks. We gave her a leaflet and she walked with us for a little way, although she hurried off when rain threatened. There were some orangey-brown Acer seeds ripening, wings almost straight out, which Joe identified as Field Maple Acer campestre. 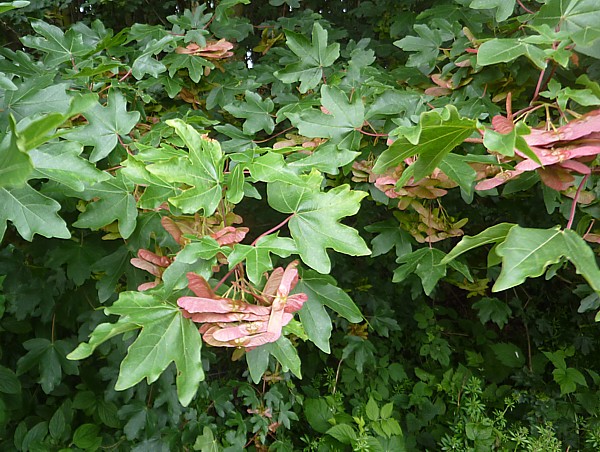 On the verge near Rimrose Valley Country park was a display of Lupins. 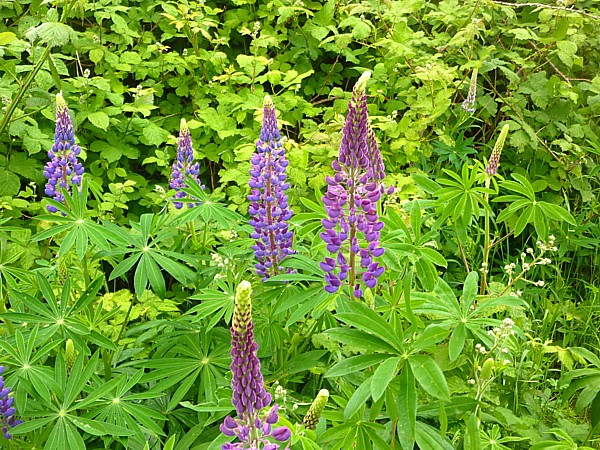 We detoured from the towpath to the Fulwood wetland in Rimrose Valley, and amongst the reeds we heard three different Sedge Warblers singing, each competing against the others with their scratchy songs. Some of us saw one in the reeds, and also a Reed Bunting. In the hedgerow was a good display of blooming Guelder Rose. 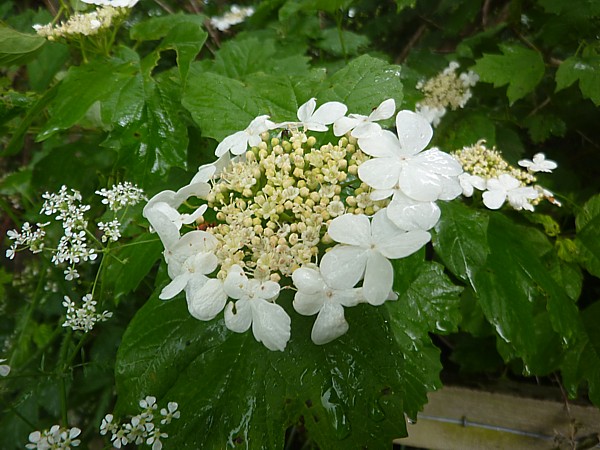 As we headed towards Cookson’s Bridge pub the heavens opened and we had to shelter under the trees for a while. Then it settled into a gentle, steady rain for the rest of the day. There were two dead young Coots in water, Crows and a Rook in the fields. About a dozen House Martins flew low over the water in the rain, white rumps gleaming in the murk. A Heron was on the bank, doing its usual stupid trick of flying a few yards ahead, then being disturbed again. 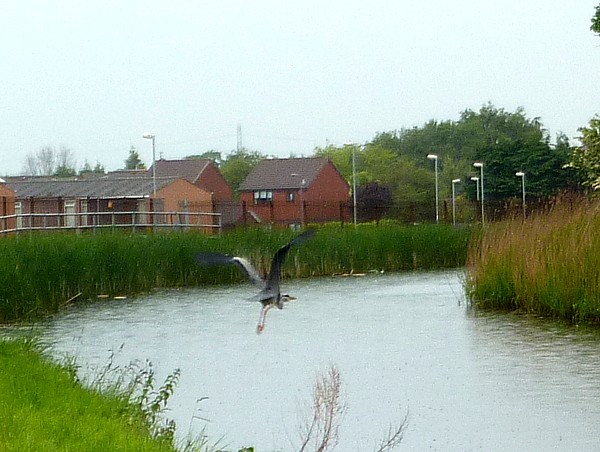 We got to Wally’s Steps at Old Roan about 3 o’ clock. Some went off to the bus and some to train.

Public transport details: X2 bus from Queen Square bus station at 10.06, arriving Bootle New Strand at 10.21. Returned to Liverpool by the train from Old Roan at 3.15.